The end of the 19th century through the beginning of the 20th century was the golden age of mechanical musical instruments. During this period, the instrument with the highest level of mechanical sophistication was the automatic reproducing piano. The first such instrument, manufactured in 1904 through the efforts of Edwin Welte of Germany and others, was the Welte Automatic Reproducing Piano, which utilized a paper roll.

In the early 20th century, these instruments were used to record the actual performances of world-renowned pianists and composers. Original masterpieces, including the specific pedal work and delicacy of expression, are preserved with stunning accuracy in perforations on the paper rolls. 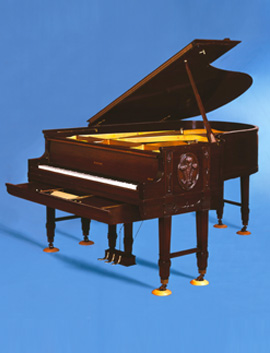