Steinway is an American and German manufacturer of handmade pianos, founded 1853 in New York by German immigrant Henry E. Steinway. The company’s growth led to the opening of factories in Queens, New York and Hamburg, Germany. Steinway became a prominent piano company known for making pianos of high quality, and for influential inventions within the area of piano development. The company has been granted around 130 patents related to piano making, and has been internationally recognized with numerous awards.

This Steinway Baby Grand Piano, manufactured in 1952 in commemoration of Steinway’s centennial anniversary, was owned by Pablo Casals (1876-1973), the world-renowned Spanish cellist, composer, conductor and pianist, when he was in Puerto Rico. 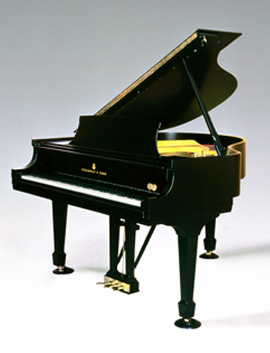