“To deepen one’s understanding of music is to gain a closer insight into the very source of human culture; it is a quest leading to the quintessence of humanity. A love for music unites people and strengthens the pulse of peace and creativity.”

Daisaku Ikeda, founder of the Min-On Concert Association, is a Buddhist philosopher, peacebuilder, educator, as well as a prolific writer and poet. As a staunch proponent and practitioner of dialogue, he has engaged in discussions with a wide range of individuals from around the world in the spheres of culture, education, academia and politics. His dialogue partners have included former South African President Nelson Mandela, violin virtuoso Yehudi Menuhin, Argentinian tango maestro Osvaldo Pugliese and a number of other influential figures actively involved in the creation of a culture of peace and mutual understanding. More than fifty of these dialogues have been published in book form including a “trialogue” with internationally acclaimed jazz musicians Herbie Hancock and Wayne Shorter.

Born in Tokyo in 1928, Mr. Ikeda experienced firsthand the tragic reality of war and militarism. In the chaos of post-war Japan, he came to embrace Buddhism through an encounter with the educator and pacifist Josei Toda, who had been imprisoned for his beliefs during World War II, and who later became the second president of the Buddhist lay organization Soka Gakkai (Value Creation Society). After President Toda’s passing, Mr. Ikeda was inaugurated as third president of the Soka Gakkai in 1960. In 1975, he founded the Soka Gakkai International (SGI) since 1975, he has developed and inspired the largest, most diverse international community-based Buddhist association in the world today, promoting a philosophy of individual empowerment and social engagement to advance peace, culture and education.

The idea of establishing the Min-On Concert Association came to Mr. Ikeda during his first visit to India and Southeast Asia in February 1961—a year after becoming third president of the Soka Gakkai—as he was traveling over the battlefields of World War II toward Thailand and Cambodia from Burma (now Myanmar) where his elder brother and many others died during the war. Throughout the trip, he had been thinking about what was needed for humanity to break away from the tragedy of war and build lasting peace. He realized that some means of promoting mutual understanding among the peoples of the world was crucial, and that cultural exchange through music and the performing arts would be an essential part of this process. This led to his founding the Min-On Concert Association, an independent, nondenominational organization dedicated to promoting international exchange in the areas of music and the performing arts.

In addition to the Min-On Concert Association, Mr. Ikeda has founded a number of cultural, educational and peace research institutes around the world, including the Soka (value creation) schools in 1968—a nondenominational school system from kindergarten to university; the Institute of Oriental Philosophy in 1962; the Tokyo Fuji Art Museum in 1983; the Ikeda Center for Peace, Learning, and Dialogue (formerly the Boston Research Center for the 21st Century) in 1993; the Toda Peace Institute (formerly the Toda Institute for Global Peace and Policy Research) in 1996; and the Soka University of America, a four-year liberal arts college. All of these institutions share a commitment to the values of peace and humanism, but function as independent organizations. 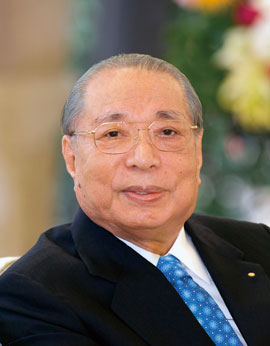