“Cultural exchanges promote mutual appreciation and respect for people from other backgrounds and cultures, bringing people’s hearts together in a network of peace.” — Daisaku Ikeda, Translated from Japanese, Ikeda Daisaku zenshu (The Complete Works of Daisaku Ikeda), vol. 1, p. 161, (1985).

Min-On offers a wide range of musical, cultural and educational programs
for the general public with the following aims:

To develop a multifaceted music and cultural movement that is firmly rooted among ordinary people in order to share with an ever-greater audience the pleasure and inspiration that come from enjoying music and the performing arts.

To deepen mutual understanding and friendship among all countries by promoting music and cultural exchanges that transcend differences of nationality, race and language.

To contribute to a flourishing of music and art by developing musical programs designed to cultivate the artistic sentiments of children and young people.

Music and the performing arts are for everyone; they are not the exclusive preserve of the privileged or wealthy. When Min-On was founded in the 1960s, the average person in Japan listened to popular music. They were less familiar with classical music and opera, and tickets to such concerts were expensive, which made them inaccessible to a large portion of the population.

One of Min-On’s core objectives was to make the finest music and performing arts from around the world readily accessible to ordinary citizens at affordable prices. At the same time, in order to develop a multifaceted music and cultural movement, Min-On stages concerts across the spectrum of musical genres, from classical music performed by superb symphony orchestras to contemporary jazz played by world-renowned musicians; from magnificent operas to independent productions such as Broadway-style musicals; from elegant ballet productions to energetic folk dance performances; from the exotic rhythms of Latin and Tango to the quiet beauty of Japanese performing arts; from traditional choral music to modern popular songs.

Min-On thus aims to share with an ever-greater audience the pleasure and inspiration that come from enjoying music and the performing arts by organizing approximately 600 performances every year covering a broad range of styles and genres. Read more 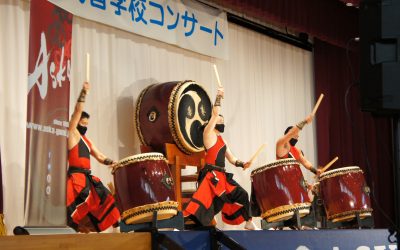 "Pro musicians came to our school!" To students’ delight, the band AUN & HIDE, whose play traditional Japanese instruments in concerts both in Japan and abroad, performed at Min-On School Concerts in Tottori and Shimane prefectures. Participating Schools: Tuesday,... 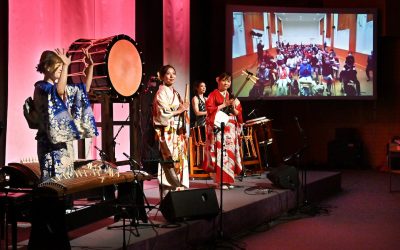 In partnership with public secondary school Lycée Lakanal in Sceaux, France, the Min-On Concert Association held an online concert for French students on October 13. The event, conducted as part of Min-On’s Concert Dispatch Series, was originally scheduled to be held...

Music and the performing arts know no boundaries. Although shaped by national and ethnic tastes, they have the power to move the hearts of people the world over. Music and cultural exchanges bring people together, like the string of a lute creating harmonious vibrations in the hearts of all.

Min-On strongly believes that the basis of genuine world peace can be realized only by fostering mutual understanding and friendship among the people of different countries through grassroots exchanges that transcend distinctions of race, nation and ideology. To date, Min-On has initiated exchange programs with a total of 110 countries and regions around the world.

In 1965, soon after its founding, Min-On invited an Israeli pianist to Japan, and in the following year, the Soviet National Academy Novosibirsk Ballet. During its first five years, in addition to Israel and the (then) Soviet Union, Min-On organized cultural exchanges with the United States, France, Belgium and Hong Kong. Later it sponsored Japan tours of world-renowned companies from Europe, such as the Vienna State Opera and the Scala Theater of Milan. It also sent many Japanese musicians and dance troupes overseas.

Amid the cultural exchanges realized during the 1980s and 1990s, Min-On launched several performance series, each with a different theme, including “A Musical Voyage Along the Silk Road,” “A Musical Voyage Along the Marine Road” and “A Musical Voyage Across Africa”. Min-On also established a tradition of Annual Series of exchange concerts with countries including Argentina and China, a tradition that has continued now for more than forty years. The latest series, launched in 2009, is entitled “The Caribbean Musical Cruise,” and introduces the rich variety of musical cultures unique to the Caribbean nations, each of which has its own distinctive ethnic and historical background. In 2011, Jamaica became the 104th country to take part in Min-On’s 55-year history of cultural exchange programs. Read more 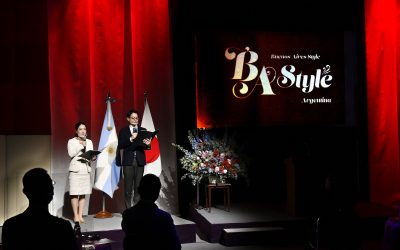 The Embassy of the Argentine Republic in Japan and the Min-On are jointly working on a project, “BA Style” to introduce the fascination of Buenos Aires. An in-person event to launch the project was held on April 16, 2021, at the Min-On Culture Center, which was...

Since 1970, Min-On has hosted the Min-On Tango Series in Japan every year with the support of Min-On sustaining members. However, in 2021 the series has been canceled due to the ongoing global coronavirus situation. To show our gratitude to everyone who supports the... 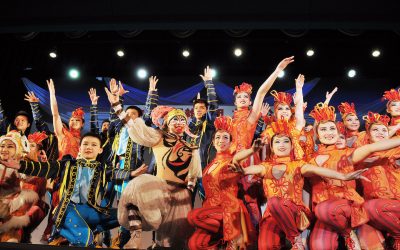 Since it was founded in 1963, the Min-On Concert Association has been dedicated to the promotion of international cultural exchange through the media of music and the performing arts. To date, artists from more than 100 countries have been welcomed onstage in Japan...

Min-On was founded as a nonprofit concert association in 1963. Two years later, in 1965, it was legally recognized as an incorporated foundation whose purpose was to contribute outreach programs oriented toward a variety of public service projects. Its aim was to foster “a flourishing of music and art” and cultivate “the artistic sentiments of children and young people.”

Min-On’s first public activity was a series of admission-free town concerts held in public parks in the metropolitan areas of Tokyo, Osaka, Sendai, Sapporo and Nagoya in 1964 and 1965. It sponsored a music master class for young musicians that was held for the first time in January 1965 at the Toranomon Hall and was taught by internationally acclaimed jazz drummer Art Blakely. Min-On also sponsors musical competitions — for vocalists, conductors and contemporary composers, as well as chamber ensembles and choreographers—to encourage the development of new artistic talent. The latest competition was the Tokyo International Music Competition in Conducting held in 2015, with 239 young talented contestants from 40 countries and regions.

Public service projects continue to include school concerts, Tohoku Hope Concert, free concerts, various music-related workshops and symposia, as well as children’s theater and music master classes. The International Student Music Festival in Kyoto is another example of Min-On’s efforts to strengthen bonds between people through music. The Min-On Culture Center in Tokyo houses the Min-On Music Museum and Music Library, where rare collections of antique harpsichords and classical pianos, various music boxes and gramophones, as well as a variety of ethnic instruments are displayed. A large collection of vinyl records, CDs and DVDs, musical scores and reference books are freely available to the public. Entrance to the museum is free of charge as a part of its public service activities.

José Soares, a 23-year-old prodigy from Brazil, won the 19th Tokyo International Music Competition for Conducting held at The Tokyo Opera City Concert Hall on October 3. The Brazilian contestant was selected from among four finalists in the triennial Competition....

Results of The 19th Tokyo International Music Competition for Conducting

The Contestants who are listed below have passed the 2nd preliminary round of the 19th Tokyo International Music Competition for Conducting in 2021． The final round will take place in TOKYO Opera City Concert Hall on October 3, at 13:00 in Tokyo Time. No.102 Satoshi...

Holding of the Contestants’ Briefing of the 19th Competition for Conducting

The contestants’ briefing for the 19th Tokyo International Music Competition for Conducting was held on Sunday, September 26th. The chairperson of the panel of judges, Mr. Tadaaki Otaka thanked the contestants for taking part in the Competition and encouraged them...

Date/Time: Sunday, October 3, 2021 13:00 JST (Grading of conductor performance starts from 13:00, concludes at 17:00; Presentation of Awards to be conducted online following final grading results) Admission: Free of charge, although viewers must apply in advance to...

The Min-On Music Museum Lecture and Concert Program’s “Cyril and Seiji—Piano and Rakugo Concert” was held on Friday, June 25 at Kyoto, the sister city of Paris. At the event, which was held at Institut Français du Japon – Kansai, the local Consul General of France,...

Announcement of The Competition’s Participants in 2021

The 19th Tokyo International Music Competition for Conducting in 2021 received 331 applications from 49 countries/regions. Of these, 14 participants from 8 countries were selected by Screening of Documents and Footages. They will face the first preliminary round on...

The Tokyo International Music Competition for Conducting was launched to discover and foster talented conductors domestically and abroad. The Min-On sponsored competition, held every three years will mark its 19th time this fall. Conducting was added to the Min-On...