The Min-On Music Museum is one of a handful of museums specializing in music from around the world. Founded in 1974 as the Min-On Music Library, the museum has a large collection of musical reference materials and recordings spanning a wide range of genres that is freely available to the public. The museum has produced various publications and has collected many different musical instruments from all corners of the globe. It has developed a permanent exhibition of classical pianos, automatic musical instruments and various ethnic instruments, and curates special exhibitions with unique musical themes. In addition, it has hosted a series of cultural lectures and a variety of music-related activities.

While continuing its activities promoting musical culture of the world in Japan, the Min-On Music Library was eventually recognized as an authenticated museum by the Tokyo Metropolitan Government Board of Education, and officially registered with the current name of the Min-On Music Museum on December 25, 2003. The current Music Museum is located on the second floor of the Min-On Culture Center in Shinanomachi, Tokyo, and consists of four exhibition rooms displaying collections of antique pianos and harpsichords, automatic instruments and music boxes, ethnic and folk instruments, and special exhibitions.

The Western Branch of the museum opened on April 2012 in Kobe, Hyogo prefecture. 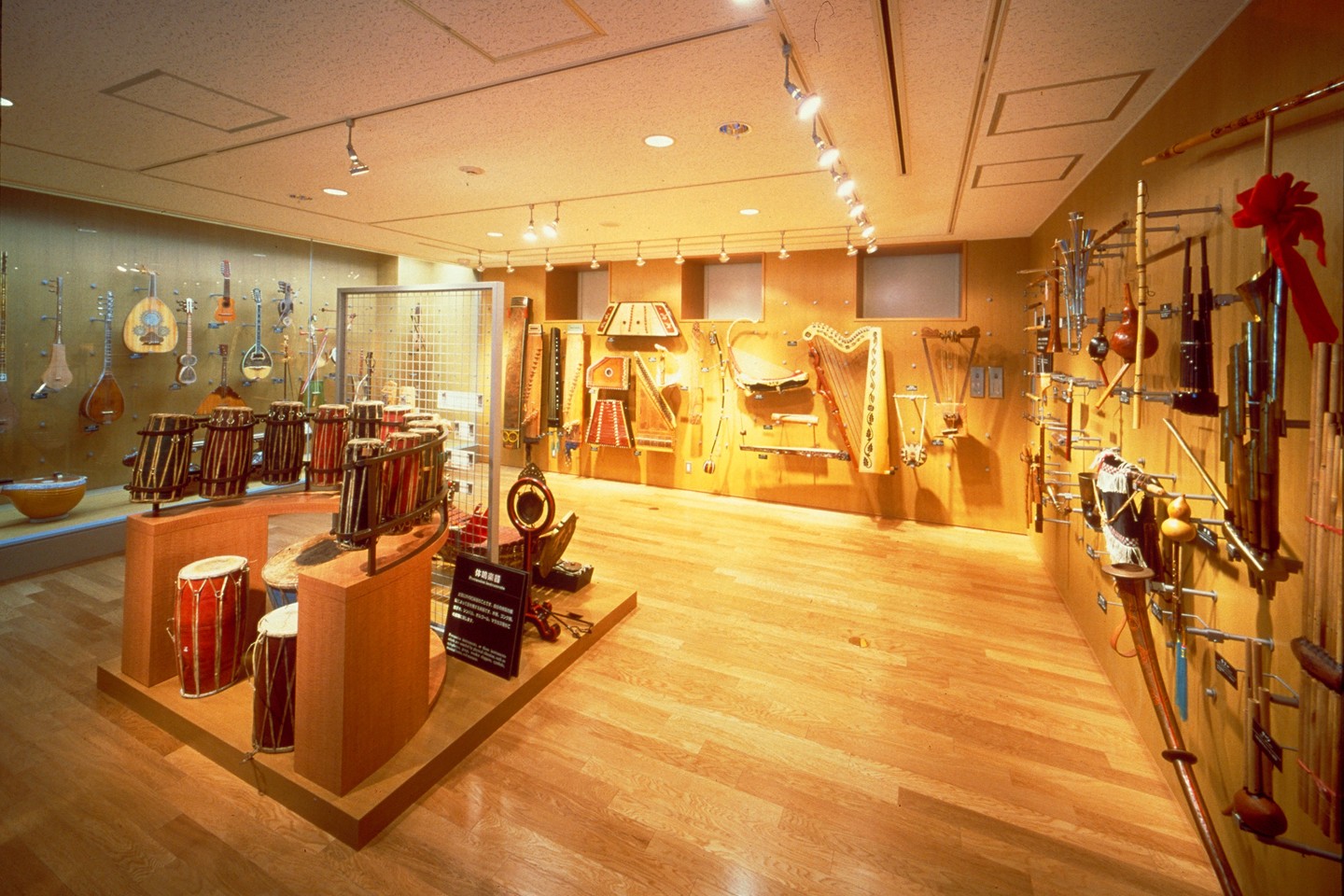 The Classic Piano Exhibition Room has a rare collection of antique pianos (fortepianos), such as the “Strohm” manufactured in 1793, and other representative instruments of that period. With the addition of the “Pisa” Harpsichord manufactured in the 1580s to its collection of classic pianos, the full sweep of the development of keyboard instruments from the 16th to the 20th centuries can be viewed in one setting. Celebrated composers such as Bach, Mozart, Beethoven, Schubert, Schumann, Brahms and Chopin composed and performed on similar instruments to those assembled in the museum.

Uniquely, the Min-On Music Museum’s antique instruments are not just on display, but are played on an hourly basis so that visitors to the museum can enjoy the original sounds as they were heard hundreds of years ago. Visitors are also given the chance to hear the sounds of antique automatic reproducing pianos, various kinds of music boxes from the 19th century, the “Orchestrion” mechanical organ, and many other rare instruments in each exhibition room.

Number of Exhibits in the Min-On Music Museum Collection

15   Books for playing the Automatic Instruments

838   Folk Musical Instruments from around the world

every Monday
(If Monday is a public holiday, next day is closed.)