Polyphon, which ranked with Symphonion and Regina as one of the three largest music box makers, at the time boasted the biggest production volume in the world. The company was so well known that name became synonymous with disc music boxes. Large numbers of this particular instrument, an upright-style music box, were manufactured for use in businesses such as pubs and restaurants, and it entertained customers much like the jukebox has in more recent times. It furnishes ample sound volume, and the engraved walnut case evokes a European atmosphere. 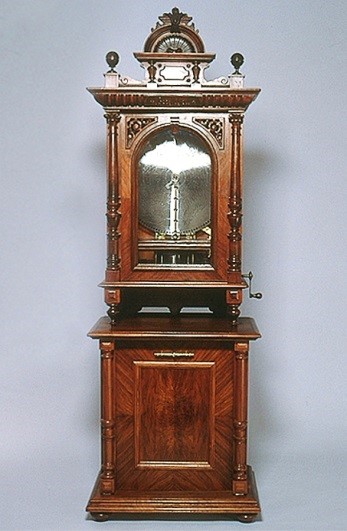