Min-On Music Journey No. 01: The Republic of Armenia For our first trip, welcome to the Republic of Armenia. This country of nearly three million people is bordered by Europe, the Caspian Sea and the Caucasus Mountains. The capital city of Yerevan is filled with the beauty of nature and is referred to as “the garden city.” It features a view of Mt. Ararat, the place where Noah’s Ark is said to have come to rest in the Old Testament of the Bible.

Because Armenia shares a border with Turkey in the west, Georgia in the north, Azerbaijan in the east and Iran in the south, the country offers richly diverse culture for visitors to enjoy. The country’s long history also contributes to unique cultural phenomena. For example, the Armenian alphabet, invented by Saint Mesrop-Mashtots (362–440 AD), is said to have been passed down to the present day through folk and religious music.

The following is an introduction of traditional Armenian instruments that are housed in the Min-On Music Museum collection. The duduk is a wind instrument used to perform sacred songs and is one of the Armenia’s most iconic instruments. This double-reed woodwind came into use in Central Asia around 1200 BC. It is considered the ancestor of the Japanese hichiriki and Chinese guan. Its defining trait is its warm, soft timbre. This 4-stringed instrument has a small, spherical body covered in animal hide, a metal endpin and a wooden neck. Held vertically and played using a bow, it is popular in both classical music and folk music. 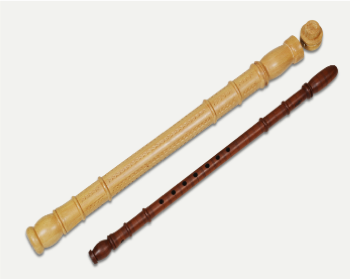 This wooden end-blown flute is made from the apricot tree. The blul is used in ensembles with other Armenian folk instruments including the duduk and shvi. 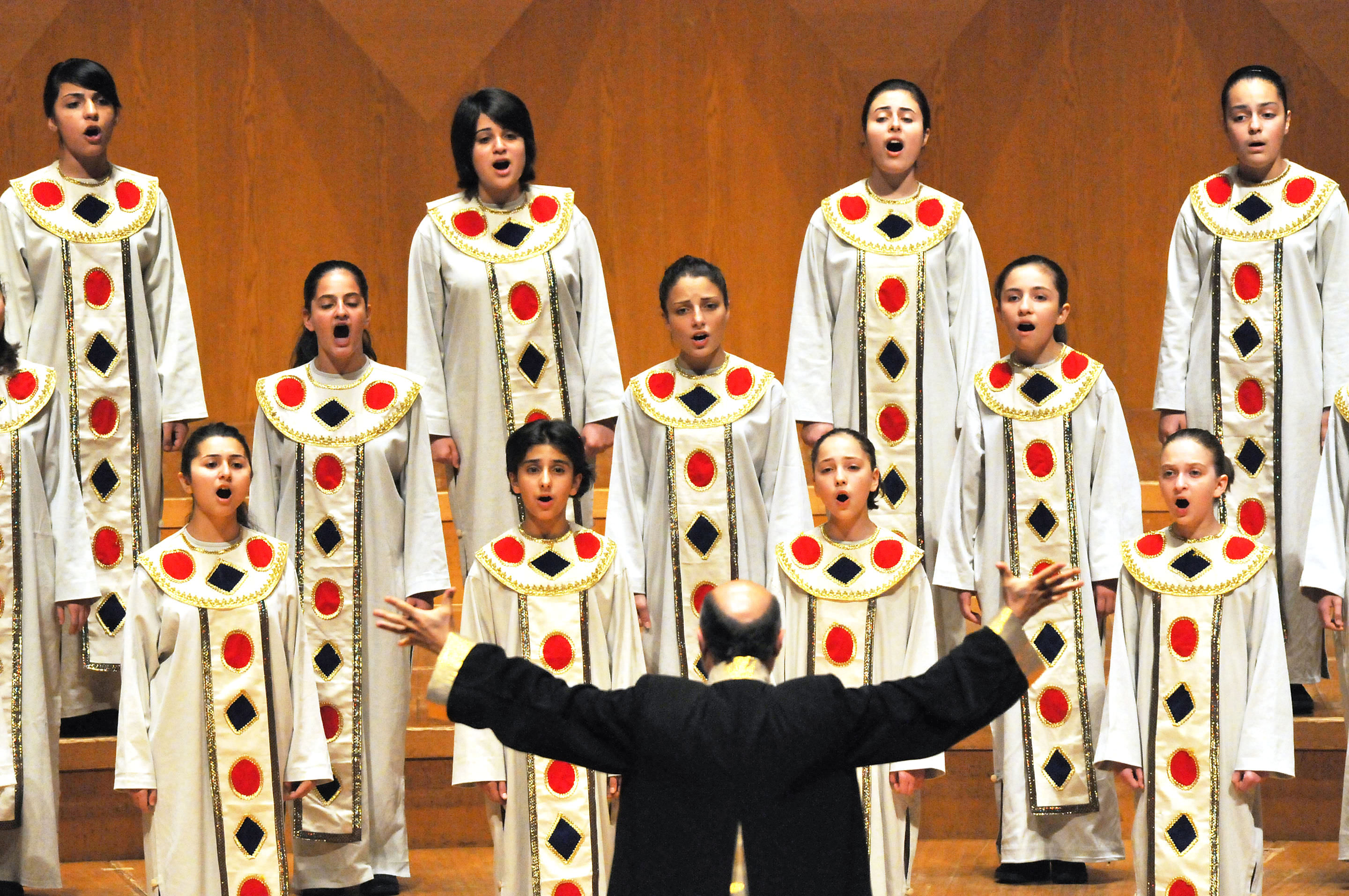 In other musical cultural exchange activities, Min-On invited The Little Singers of Armenia to Japan in 2012. They performed a diverse repertoire for audiences across Japan, featuring Armenian traditional music as well as classical, jazz and modern tunes.

This children’s choir was established in 1992. They perform many concerts internationally and act as cultural ambassadors. The choir has also earned first place in many international competitions. High praise from their judges has included, “The Little Singers of Armenia are like angels descended from heaven, singing the melodies of God.” 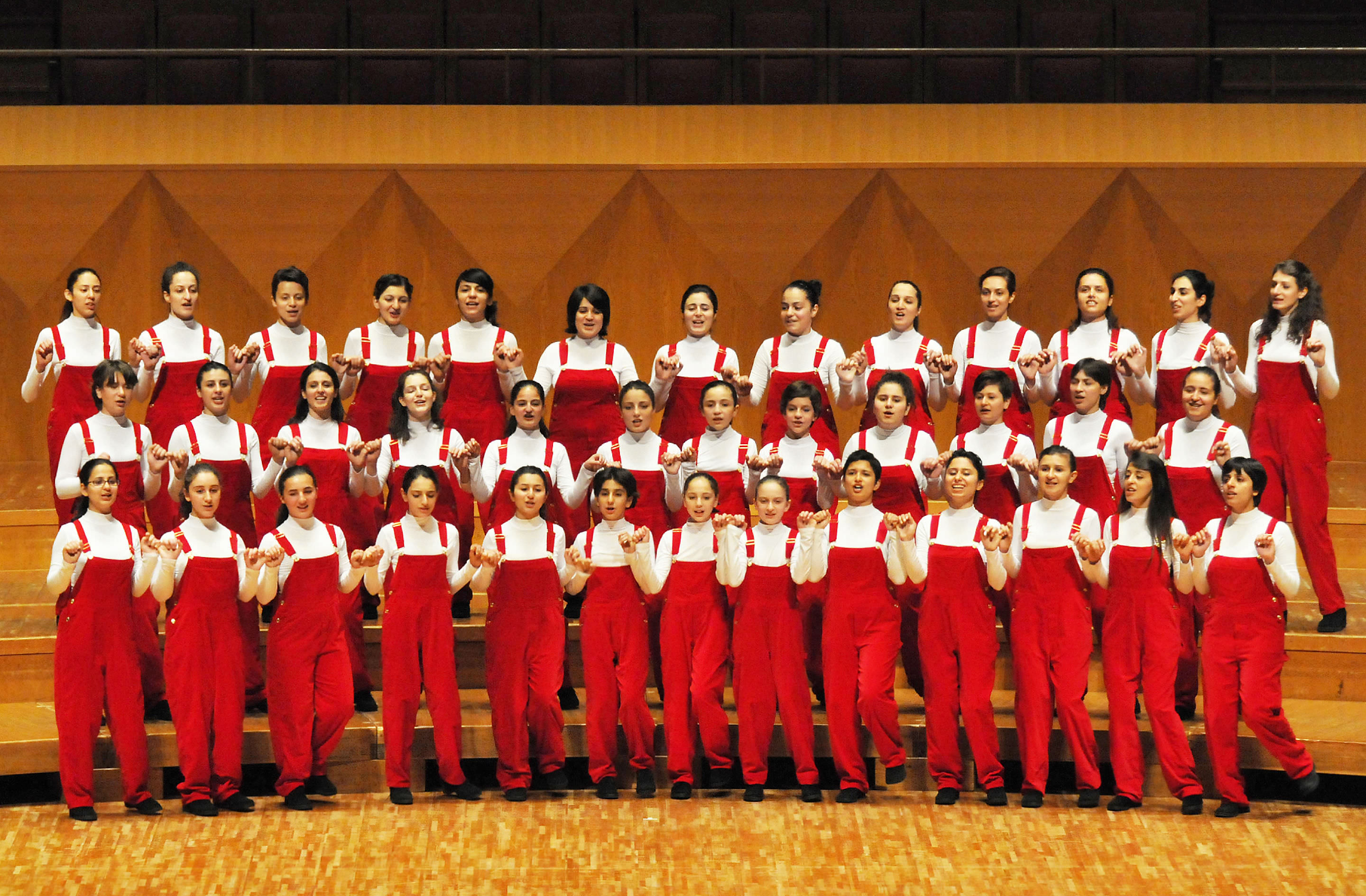 We hope you will enjoy a selection from this concert, including (1) the cheerful Polyphonic Joke, (2) a charming song depicting the area of Aparan, Aparan I and (3) the song Edelweiss. 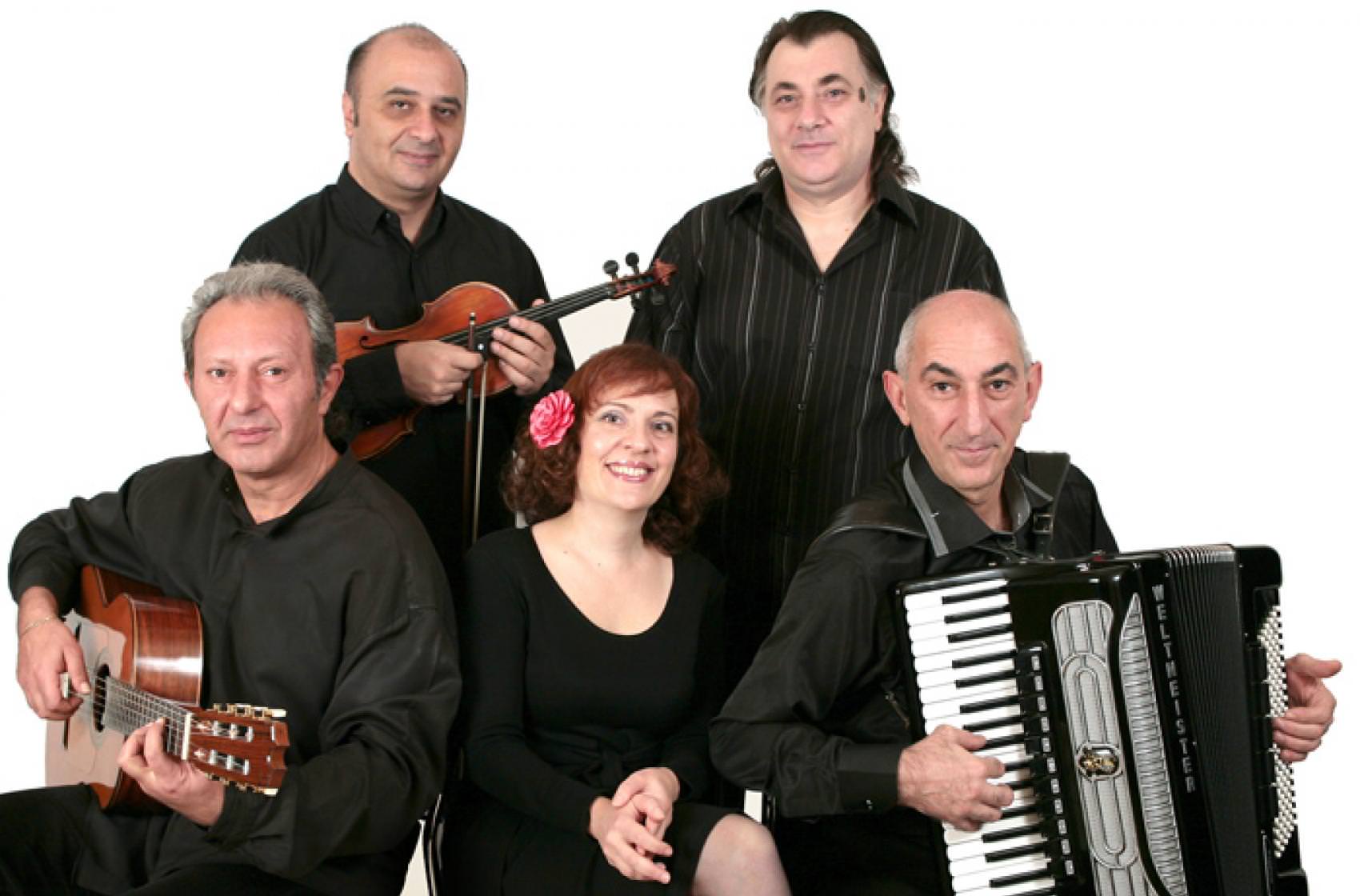 Next, we hope you will enjoy a performance by the Cadence Ensemble, who are recommended by Ambassador Grant Pogosyan of the Embassy of the Republic of Armenia to Japan. Their unique performance style comes from a fusion of Armenian folk music and classical music, and they are renowned both domestically and abroad.

This group was established in 2004 by Argentinian composer Astor Piazzolla. The group currently consists of five musicians on guitar, violin, accordion, piano and double bass. They are renowned for their unique concerts and diverse repertoire including Armenian folk, classical, international and pop music. They also perform overseas, holding tours in Argentina and other countries.

Three of their songs are featured below, including Ashkharhums (You Are the World) composed by the legendary ashugh (bard) Sayat-Nova, who represents 18th century Armenian art history, Garun a & Habrban (Spring and Habrban) composed by Komitas, the father of Armenian musical culture, and Libertango from the well-known composer Astor Piazzolla. 1. Ashkharhums (You Are the World) — Composer: Sayat-Nova

What did you think of your music journey to the Republic of Armenia?

We hope we’ve given you a glimpse into Armenia’s magnificent culture, and we would be delighted if you would visit the country someday. There are still many more places to go on our music journey. Please look forward to our next destination!

(This article was produced in collaboration with the Embassy of the Republic of Armenia to Japan.)