Interview with Dr. Grant R. Pogosyan, Ambassador of the Republic of Armenia to Japan 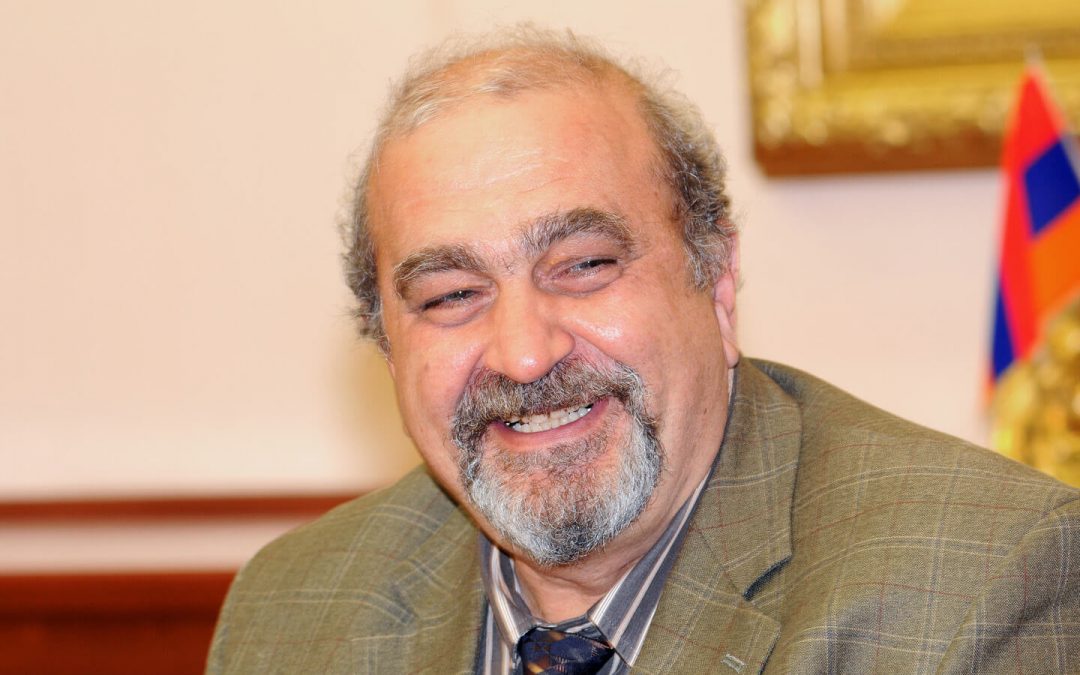 Music: The Common Culture of All Humanity 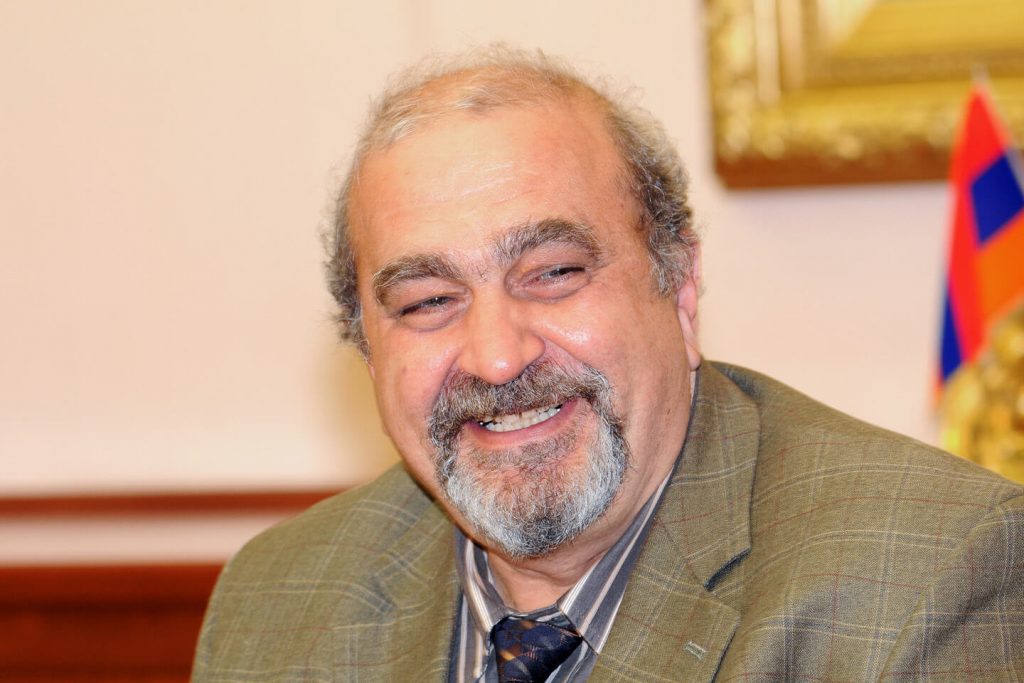 Min-On: We are very happy to be hosting the upcoming Japan tour of the internationally acclaimed Little Singers of Armenia. The performances, which will take in 20 cities across Japan this summer, will make the Republic of Armenia the 105th country for Min-On to engage in cultural exchange.

Dr. Grant R. Pogosyan: I am also looking forward to welcoming them to Japan. Although it is over 20 years since Armenia became independent from the former Soviet Union, people around the world still do not know much about Armenia. I have been in Japan for 20 years and have spoken to many Japanese people, but even here in Japan, most people know very little about Armenia—I hope this Japan tour will help people find out more. I deeply appreciate and admire the initiative of the Min-On Concert Association promoting such opportunities for cultural exchange with many countries, and strongly believe that it has great value for developing mutual understanding among different cultures. Especially for young people like the Little Singers, these cultural exchanges are wonderful and precious experiences that develop mutual respect and friendship for the future of the world.

Min-On: Could you tell us briefly about your country of Armenia?

Pogosyan: There are many similarities between Japan and Armenia. We both have a very long history and treasure our own unique cultures. In our long history, there have been so many tragic and cruel incidents; however, our own traditions and unique culture have survived despite various events and difficult incidents. Armenia is a small but beautiful highland country surrounded by mountains. Mount Ararat is the highest mountain in the region and, although it now falls within the borders of Turkey, it is clearly visible from everywhere in Armenia. Historically, it is the spiritual symbol of the Armenian people, just like Mt. Fuji is for Japan, and it remains on the Armenian national emblem today. Because of the limited resources in the mountainous land, we have tried to raise environmental awareness and to conserve the treasure of nature for future generations. Beside the famous grape and wine production, apricots are a special Armenian produce; its Latin name is Prunus Armeniaca because it originated in Armenia. It is also related to musical culture: the duduk, a traditional woodwind instrument, is made from the wood of the apricot tree. The duduk is indigenous to Armenia and it has survived through the country’s long history. There is evidence of duduks from as early as 1200 BC. There are variations of the duduk in the Middle East and in Central Asian countries, and it is now becoming popular around the world—even in Japan—thanks to its tender and nostalgic sound.

The Little Singers of Armenia in concert

Min-On: The Little Singers of Armenia were established in 1992 amid the turmoil of independence.

Pogosyan: Yes, we call that period the Dark Era. It was even physically dark because of the lack of electricity. The economy completely collapsed, and people struggled in the difficult political circumstances and multiple conflicts with surrounding countries. But people knew that giving up and losing hope in the darkness would mean that a bright future would never come. So people fought to perpetuate their own culture and spirit for the future. The founding of the Little Singers was one of those efforts by a wise man who thought it important to establish a children’s choir that could act as a light in the darkness and help those young people overcome the hardships of the Dark Era. I truly believe that after the dark period, a bright future could be created, and after a difficult time, a greater idea could arise, and that is universally true. The Little Singers of Armenia are a good example.

Min-On: When you were a graduate student at the Moscow State University, you were involved in some activities of a music circle based on the idea of international cultural exchange.

Pogosyan: People often say that music is the universal language; I think music is indeed the common culture of humanity. When I was a student at the Moscow State University, it was the so-called Beetles Era. They were so popular among young people around the world, even for students in the USSR. It was music from the other side of the wall, but actually there was no wall in the hearts of young people who loved the music. I myself played guitar and formed a band. I also initiated an international student club on campus involving students from various countries, including Japan, China, Vietnam, Indonesia, Germany, Ireland, as well as African and South American countries. We called it the Inter-Club and organized a casual once-a-month gathering where people could eat, drink and talk. People would bring food of their own country, sing their own folk songs, and share their unique cultures in many different ways. I made so many friends from all over the world. I learned Japanese enka songs and discovered Japanese culture for the first time.

Min-On: You have dedicated yourself to education for a long time, and here in Japan you served as dean of the graduate school at the International Catholic University (ICU). What is the importance of education?

Pogosyan: I have been teaching in Japan for 21 years—Japanese students and also students from many different countries. I am proud of the fact that one of my students is now president of a university in Indonesia. ICU has opened itself to the world, and I emphasize to the students how important it is to develop an international mind. However, the number of Japanese students who want to study abroad has been falling, and young people typically wish to stay in Japan. I think that is not good for the future of Japan. Maybe some people misunderstand the term “globalization” and are afraid that accepting globalization means losing the Japanese cultural identity. But what is really important is to develop a globalized mind-set and gain awareness of different cultures as well as the different ways of thinking that exist around the world. In this sense, Min-On’s cultural exchange activities have a valuable educational role in Japan teaching the true meaning of globalization.