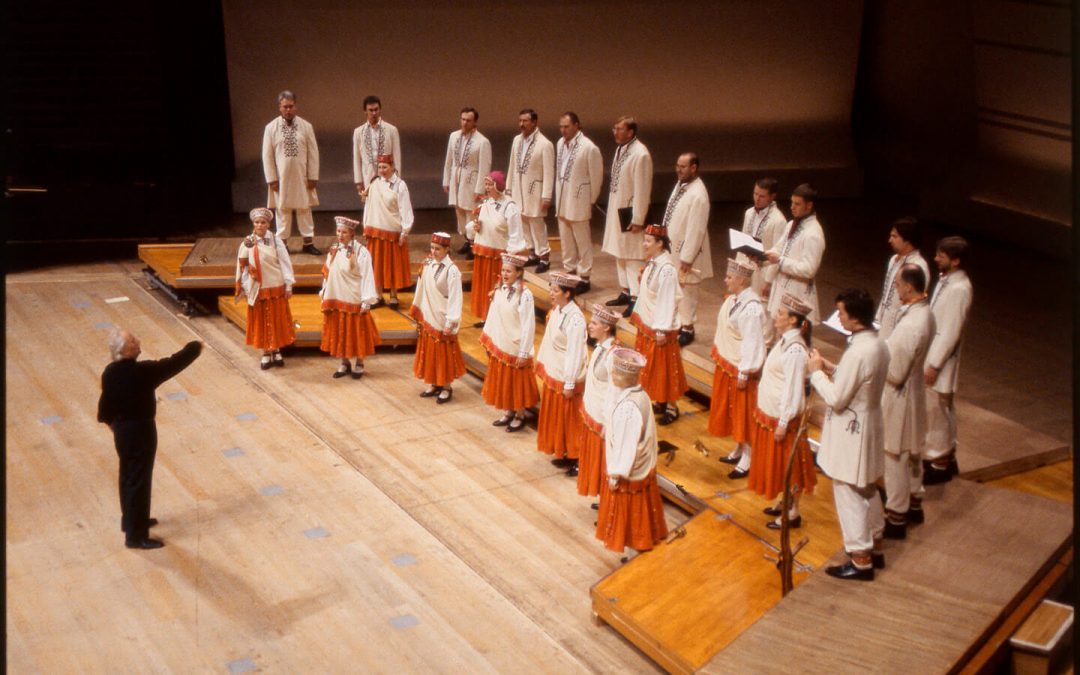 Inspiring Audiences across Japan since 1970

Choral music refers to music written specifically for a choir or chorus to perform. Each part in a piece of choral music is sung by two or more voices. Since the size of a choir can vary, naturally, the structure of a choral composition also varies. The origins of choral music are found in Ancient Greece, as well as in contemporary European musical cultures. During the 14th century, choral music evolved from monophonic group singing of a single vocal melody to polyphonic arrangements with more than one part, including multiple singers and different melodies. Choral music with diverse voices, tones and melodies in harmony has the capacity to speak deeply to human emotion. It also creates a positive influence by emanating a harmony that signifies human solidarity across national boundaries. Today, myriad professional choirs can be found all around the world.

Min-On initiated the World Choral Music Series in 1970 with a Japan tour by the Men’s Chamber Choir of Bulgarian Radio and Television from Bulgaria, a country known as a “Kingdom of Choruses.” Since then, Min-On has invited over 30 of the finest choirs from all over the world, organizing over 600 concerts introducing world choral music to Japan. Each individual choir has a distinctive character showcasing a diverse repertoire. Through these chorus groups, almost one million audience members have been greatly inspired throughout Japan. Some of the choral groups invited in recent years are listed below.

The Riga Chamber Choir “Ave Sol” from the Republic of Latvia, 2004 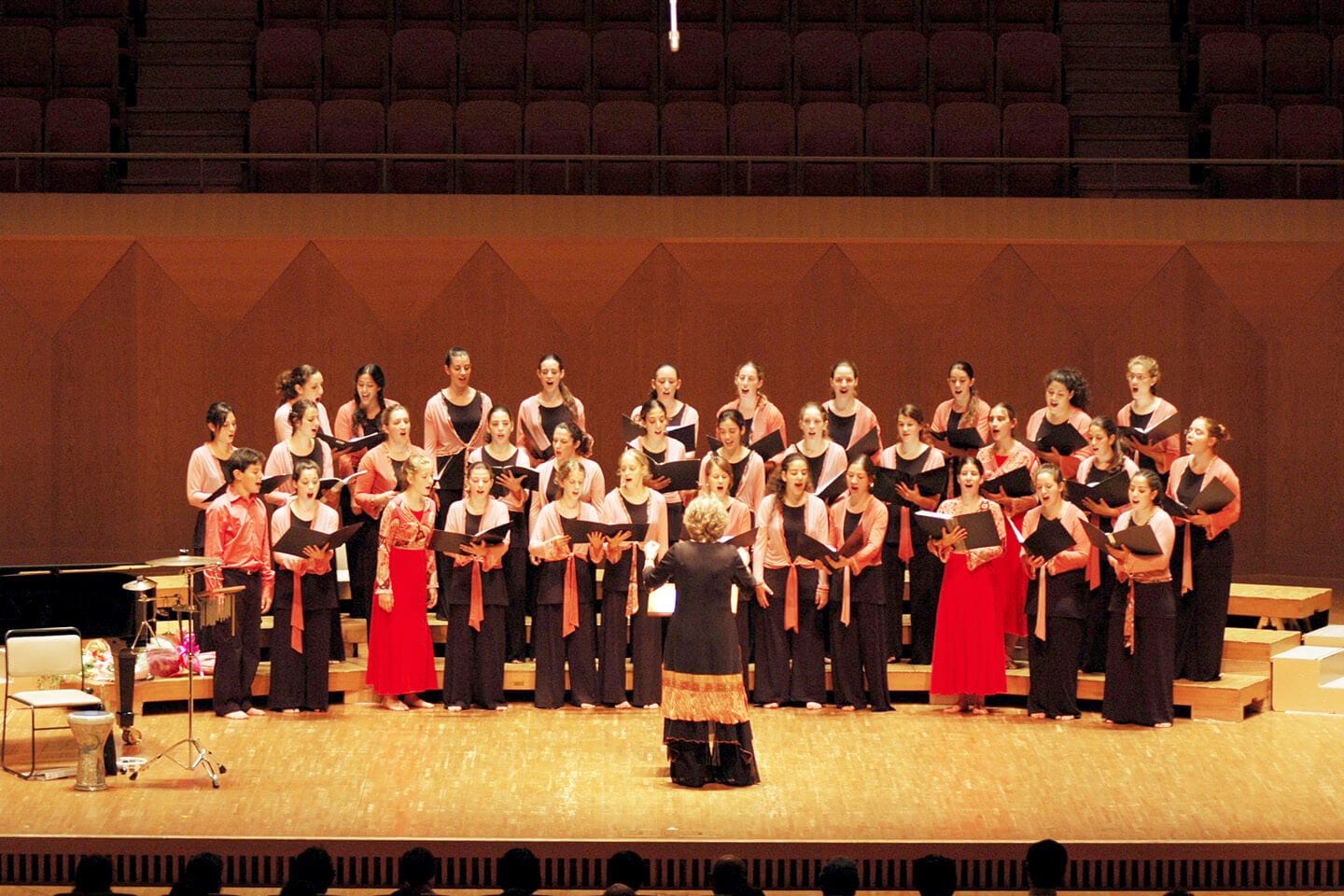 The Efroni Choir of Israel from the State of Israel, 2006 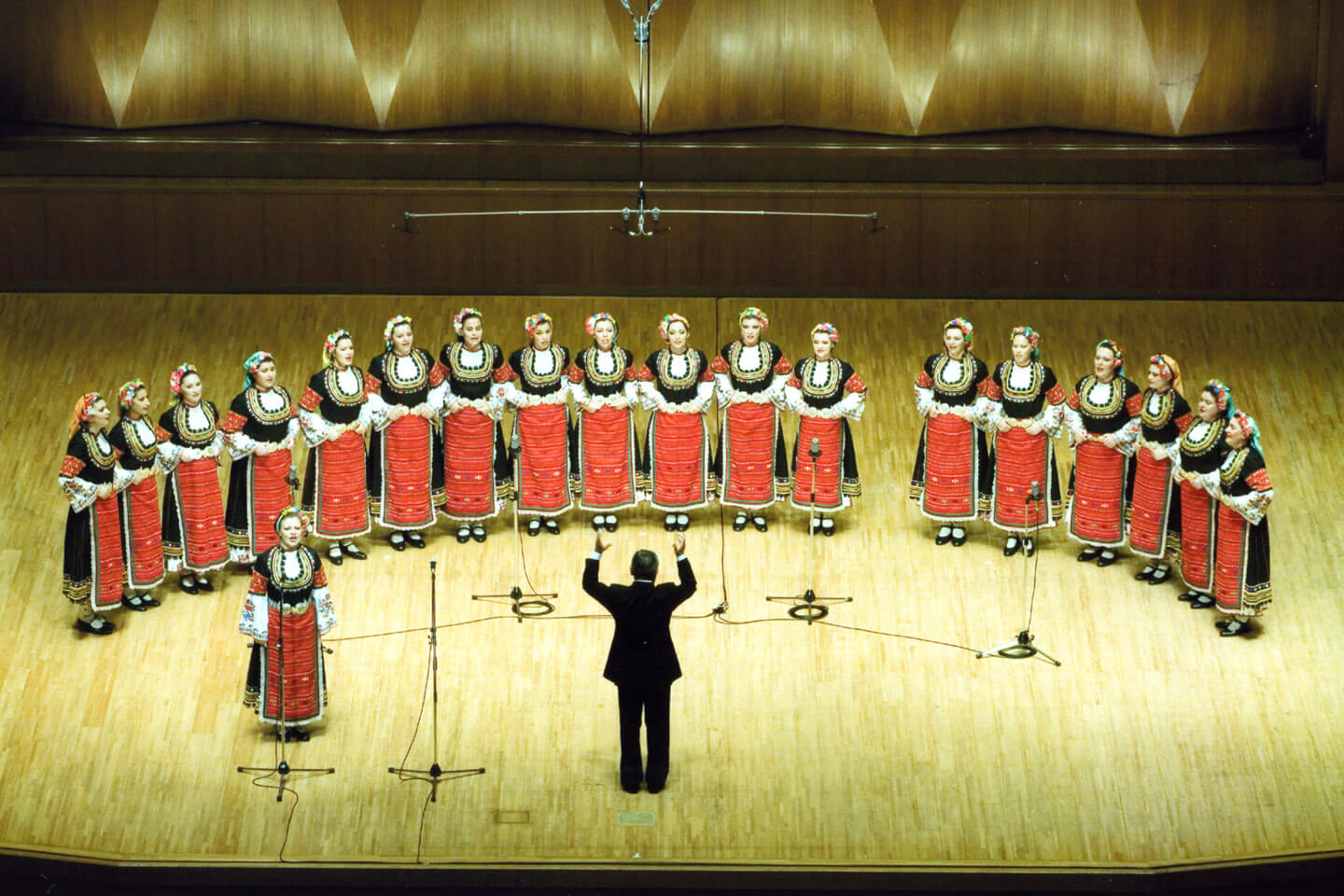 The Philip Koutev Choir of Bulgaria from the Republic of Bulgaria, 2007 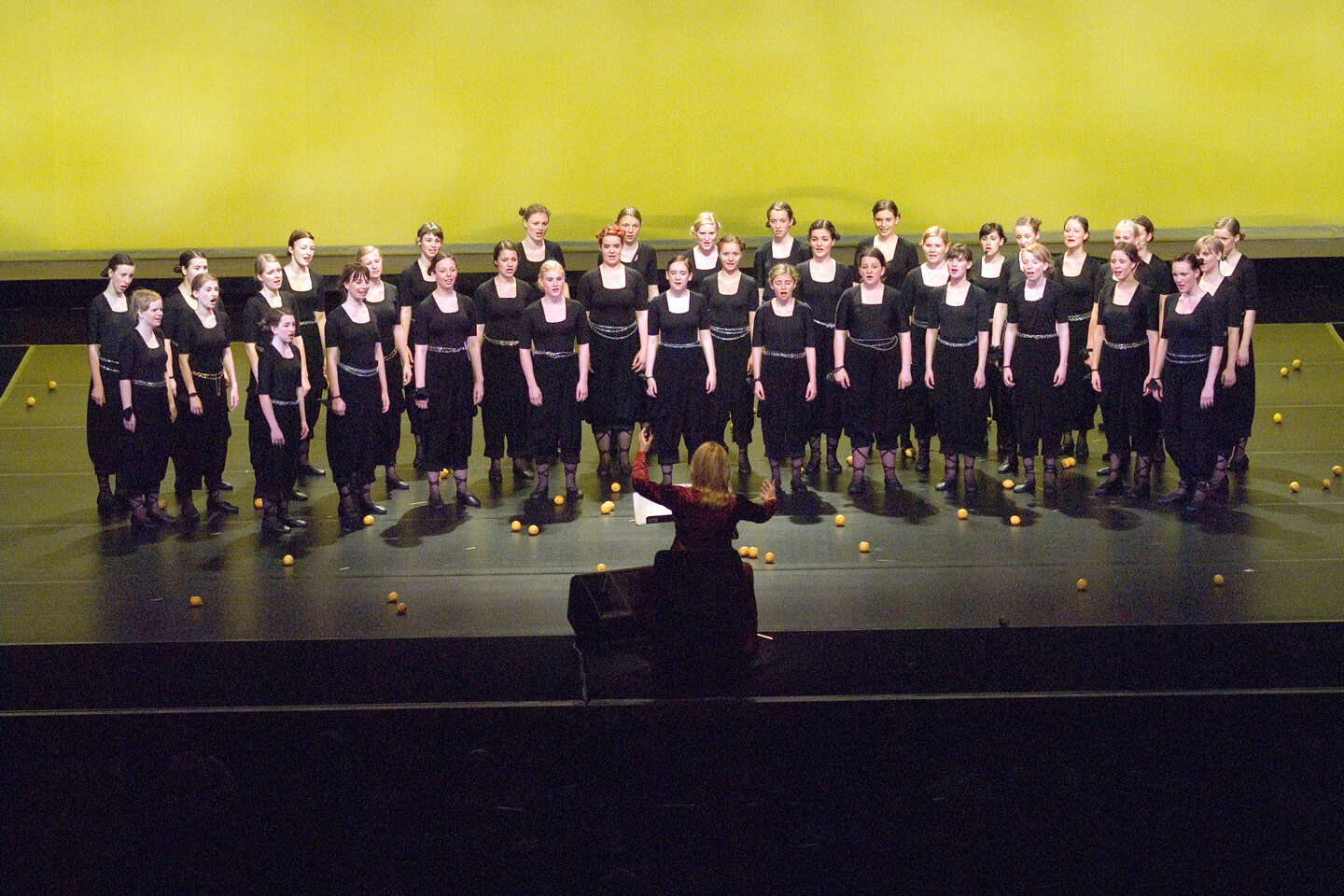 Carmina Slovenica Women’s Choir from the Republic of Slovenia, 2008 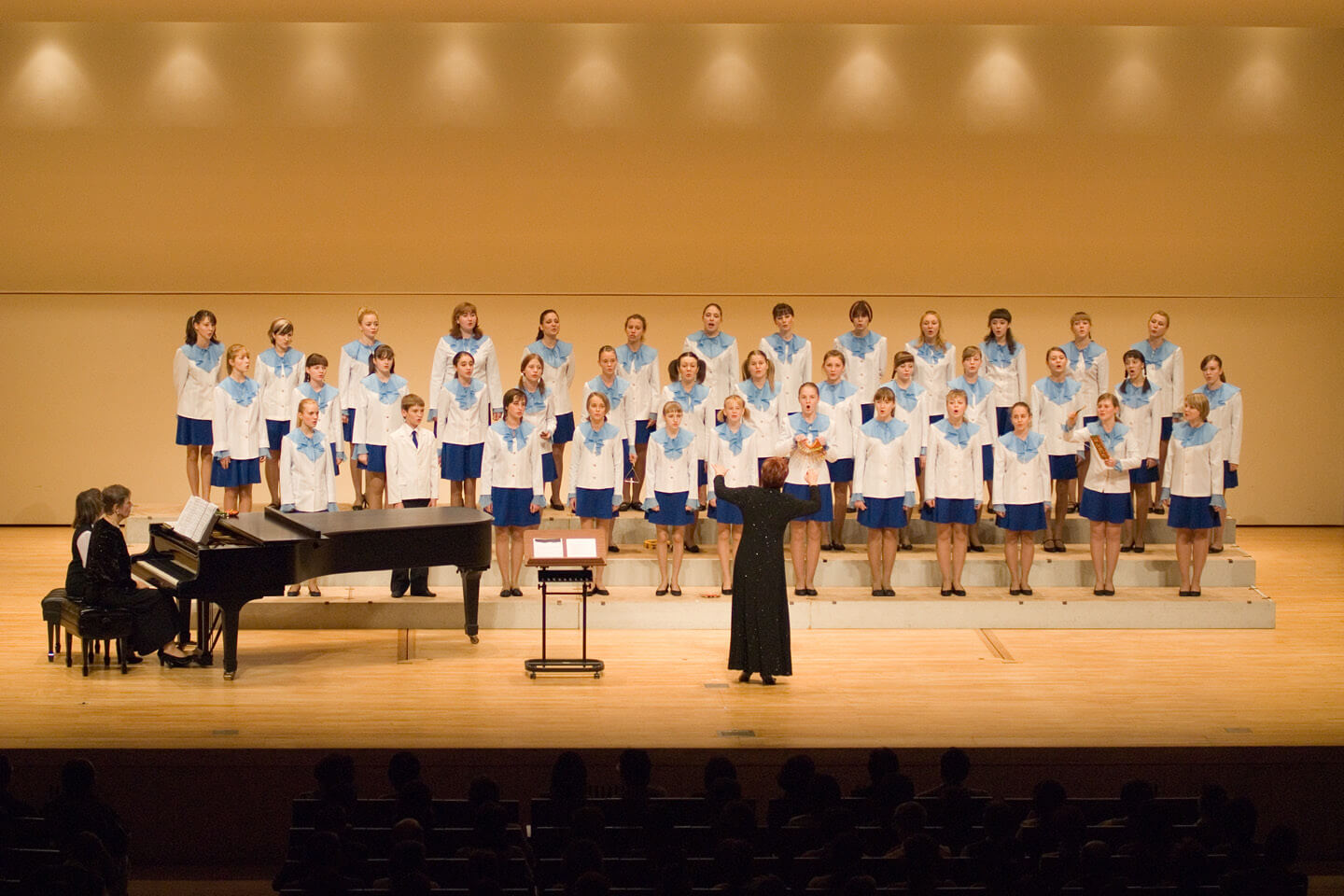 Sveshnikov Children’s Choir of Kolomn from the Russian Federation, 2008 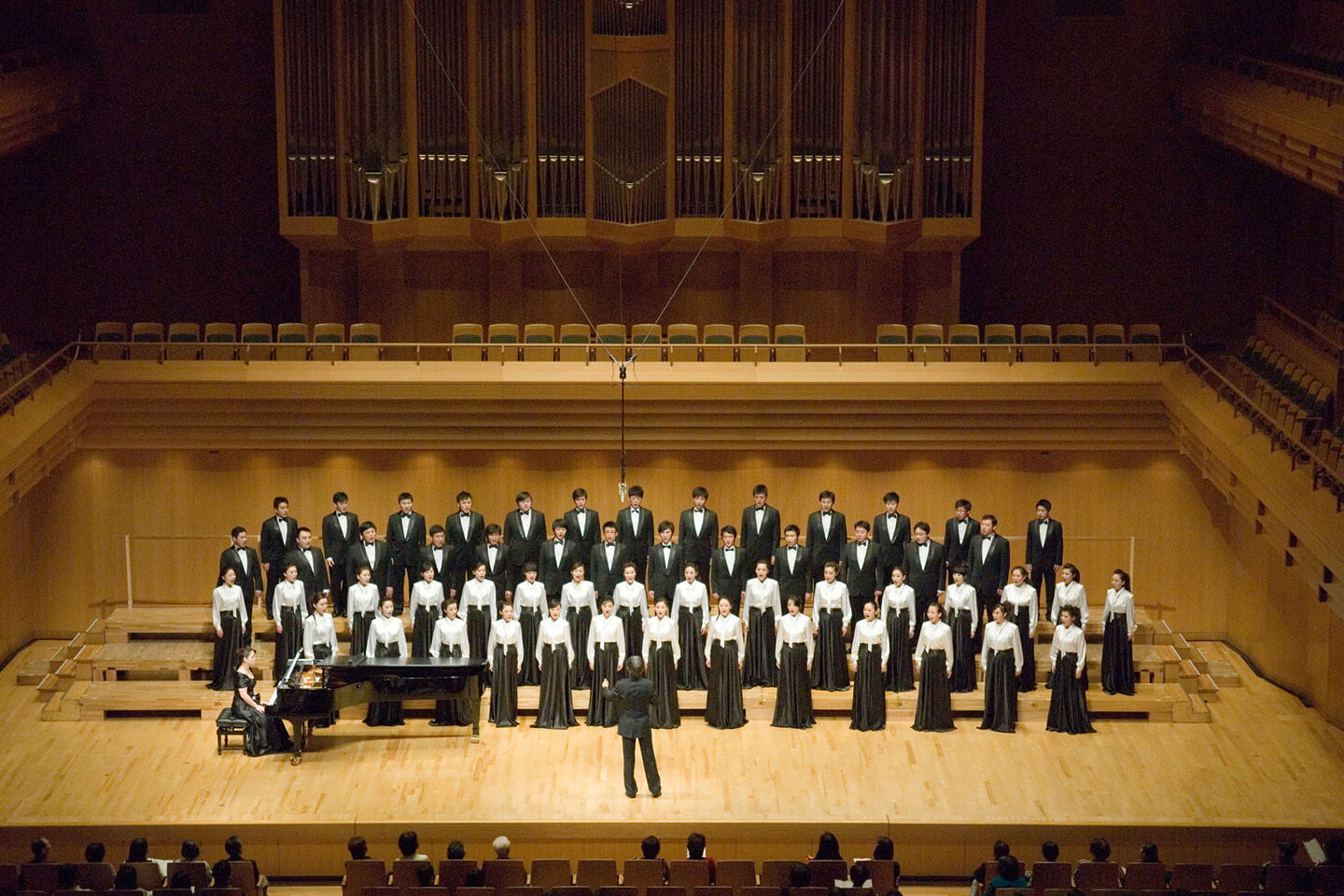 The Red Star Chorus of China from the People’s Republic of China, 2009

The Little Singers of Armenia from the Republic of Armenia, 2012 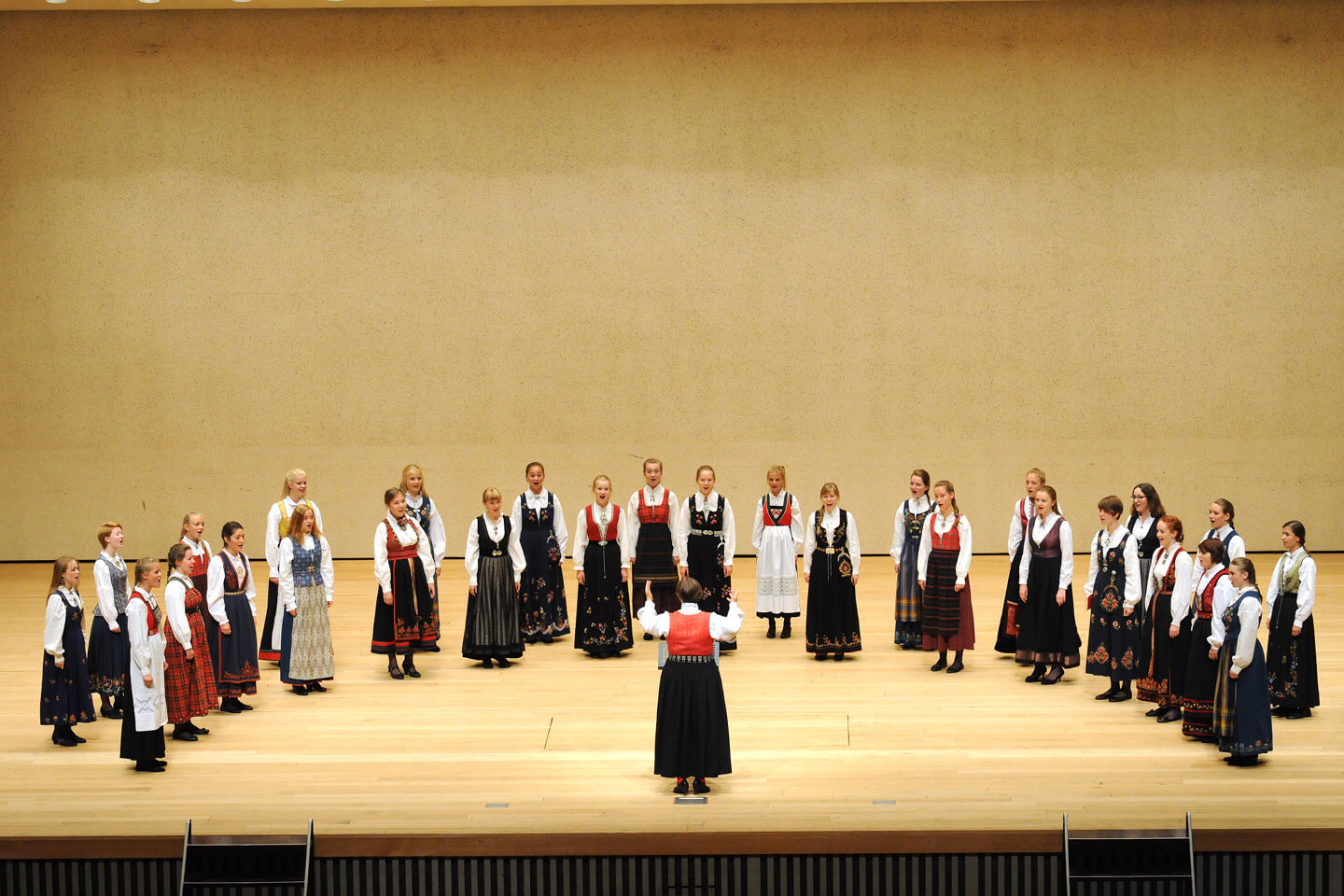 The Norwegian Girls’ Choir from the Kingdom of Norway, 2014