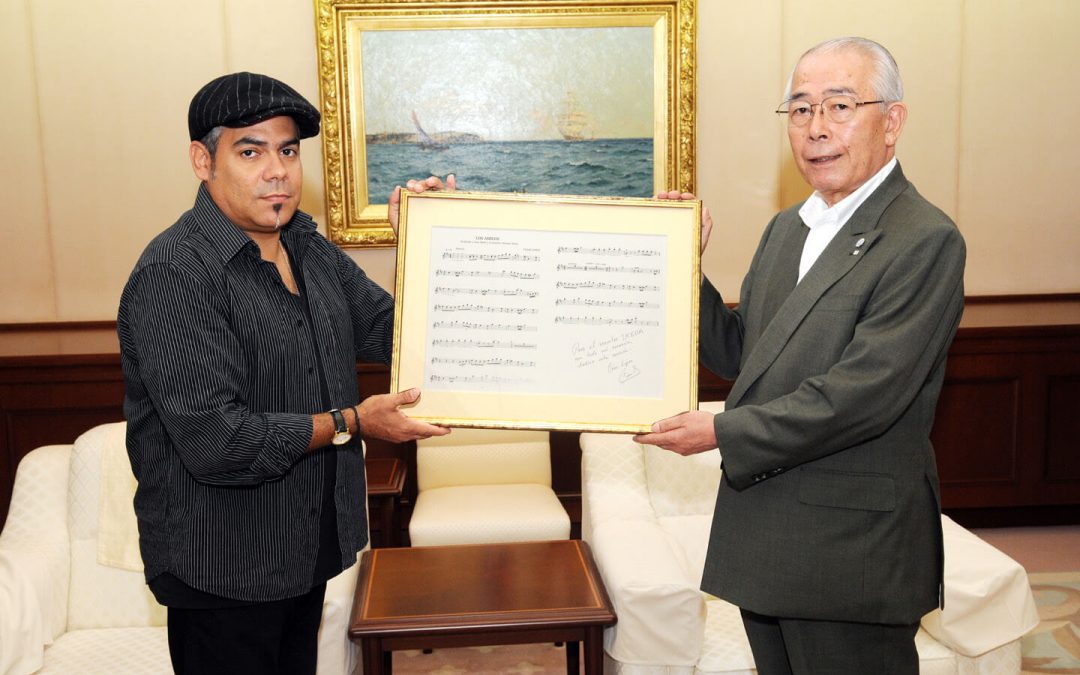 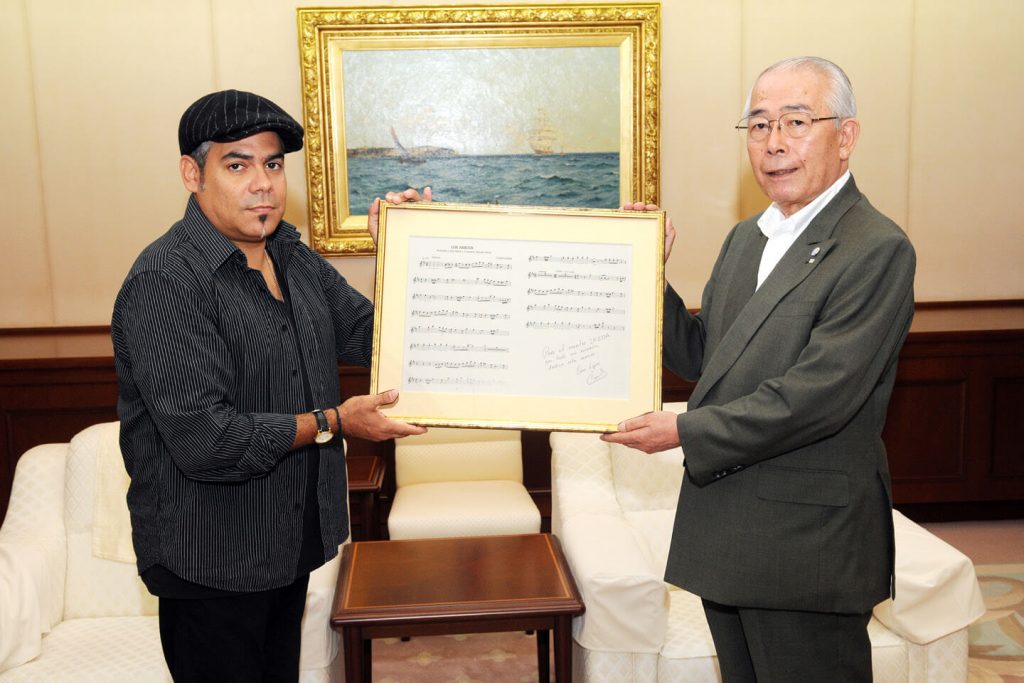 On September 13, the day after their arrival in Japan, maestro César López together with all the members of his special Habana Ensemble visited the Min-On Culture Center in Tokyo before embarking on their nationwide tour. They were warmly welcomed by President Hiroyasu Kobayashi along with staff members of the Min-On Concert Association. During a formal meeting, López expressed his personal admiration and warmest appreciation for Min-On’s contributions of international cultural exchanges and congratulated the Association on the occasion of its 50th anniversary. In celebration of this auspicious occasion, López said they had come to deliver their sincere best wishes to Min-On and to the people of Japan. As an expression of his admiration and appreciation, he had composed two original pieces— Los Amigos, dedicated to late Cuban national hero José Martí and Min- On’s Founder Dr. Daisaku Ikeda, and Conga Para El Japon, dedicated to the Japanese people. After discussions on the significance of the tour, maestro López presented a framed score of Los Amigos to the Founder, which was received on his behalf by the president.