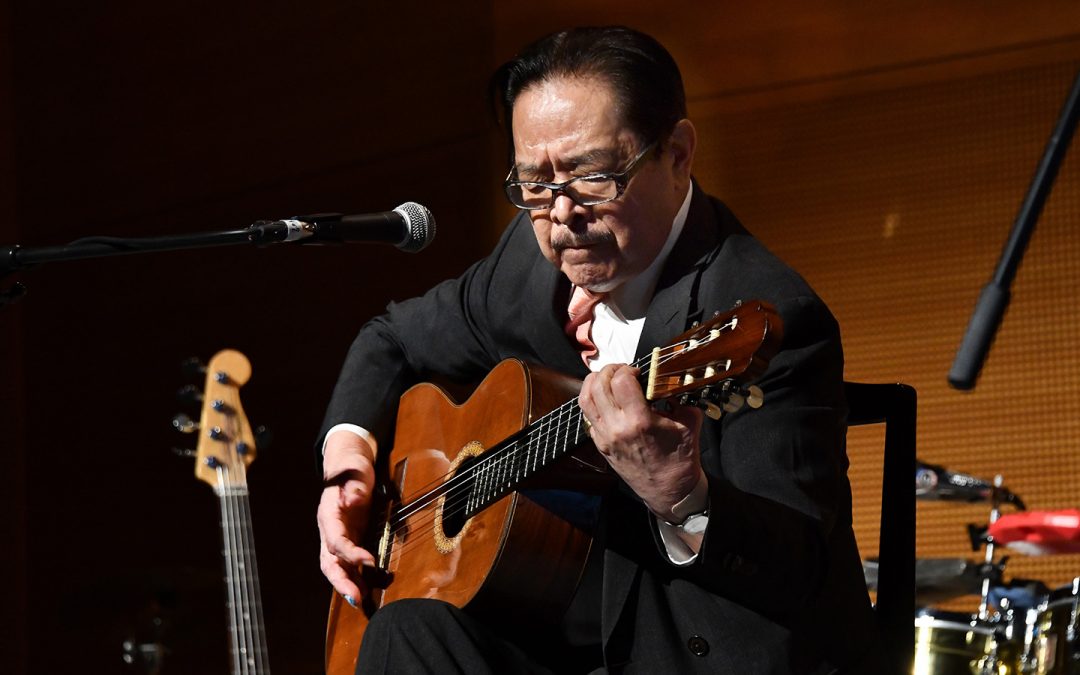 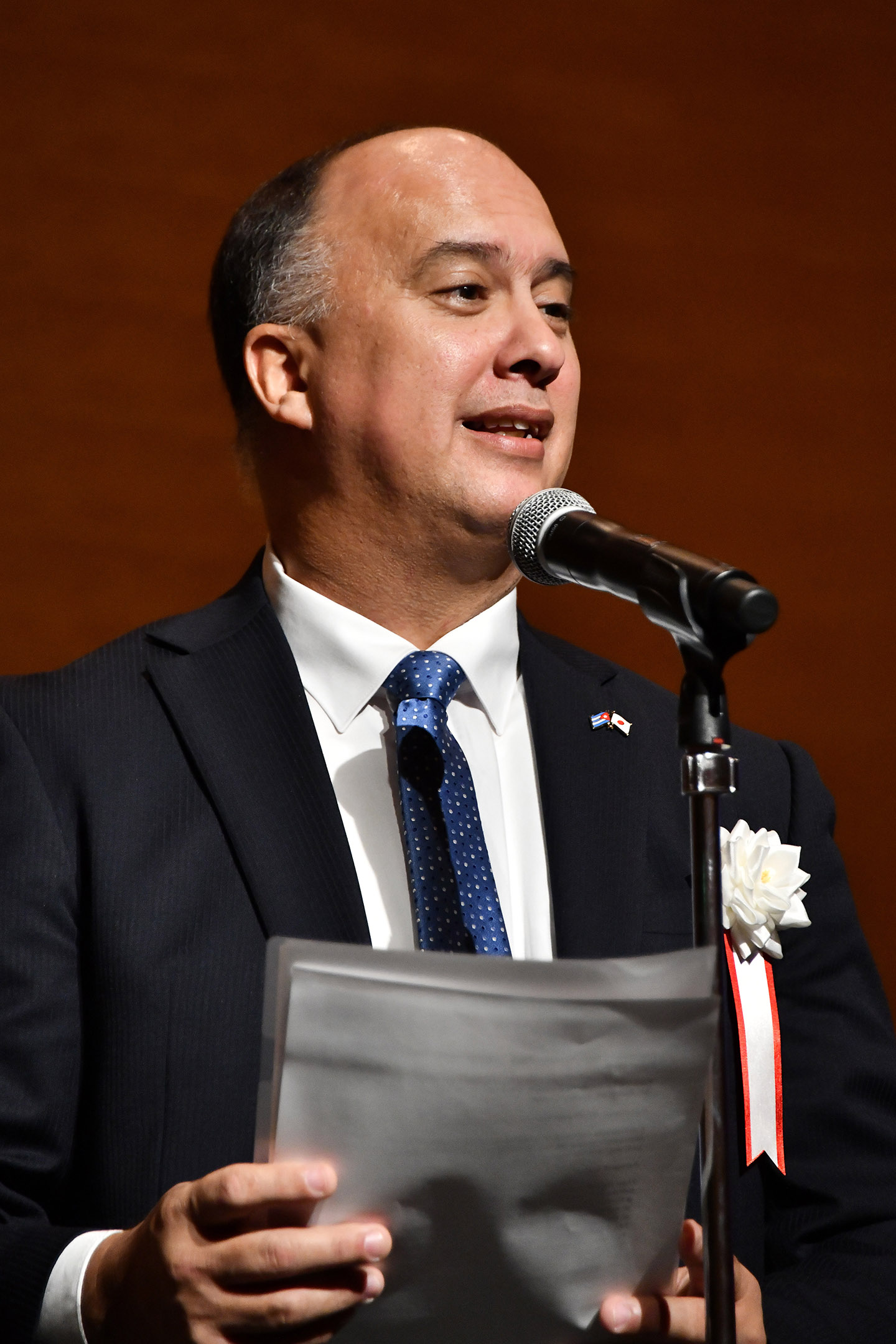 On October 31, the Embassy of Cuba in Japan and Min-On Concert Association held a concert commemorating 120 years of Japanese immigrants arriving to Cuba.

To begin, H. E. Mr. Carlos Miguel Pereira Hernández gave a speech, saying, “It has been 120 years since Japanese immigrants first arrived in Cuba via steamship. Now, there are approximately 1,200 people of Japanese descent active in many fields in Cuba. Today’s even is held in anticipation of the 90th anniversary of the establishment of diplomatic relations between Japan and Cuba in 2019. We are also here to celebrate future gatherings and exchange projects between our two countries.”

Mr. Keiji Furuya, President of the Japan-Cuba Parliamentary Friendship League, and Mr. Kiyoto Tsuji, Parliamentary Vice-Minister of Foreign Affairs, also gave speeches. Then, Mr. Hisao Kondo, Executive Managing Director of Min-On Concert Association, expressed his excitement for the upcoming concerts by Pancho Amat in 2019 (possible with assistance from the Cuban Embassy in Japan), to celebrate the 90th anniversary of Japan-Cuba diplomatic relations and the 60th anniversary of Cuban liberation. Mr. Kondo then touched on the 1996 interview between Min-On’s founder Dr. Daisaku Ikeda and former Cuban leader Fidel Castro, introducing the idea that Min-On and the Cuban leader made similar efforts regarding cultural movements. He also stated his intentions to continue contributing to musical culture and friendly relations with other countries. 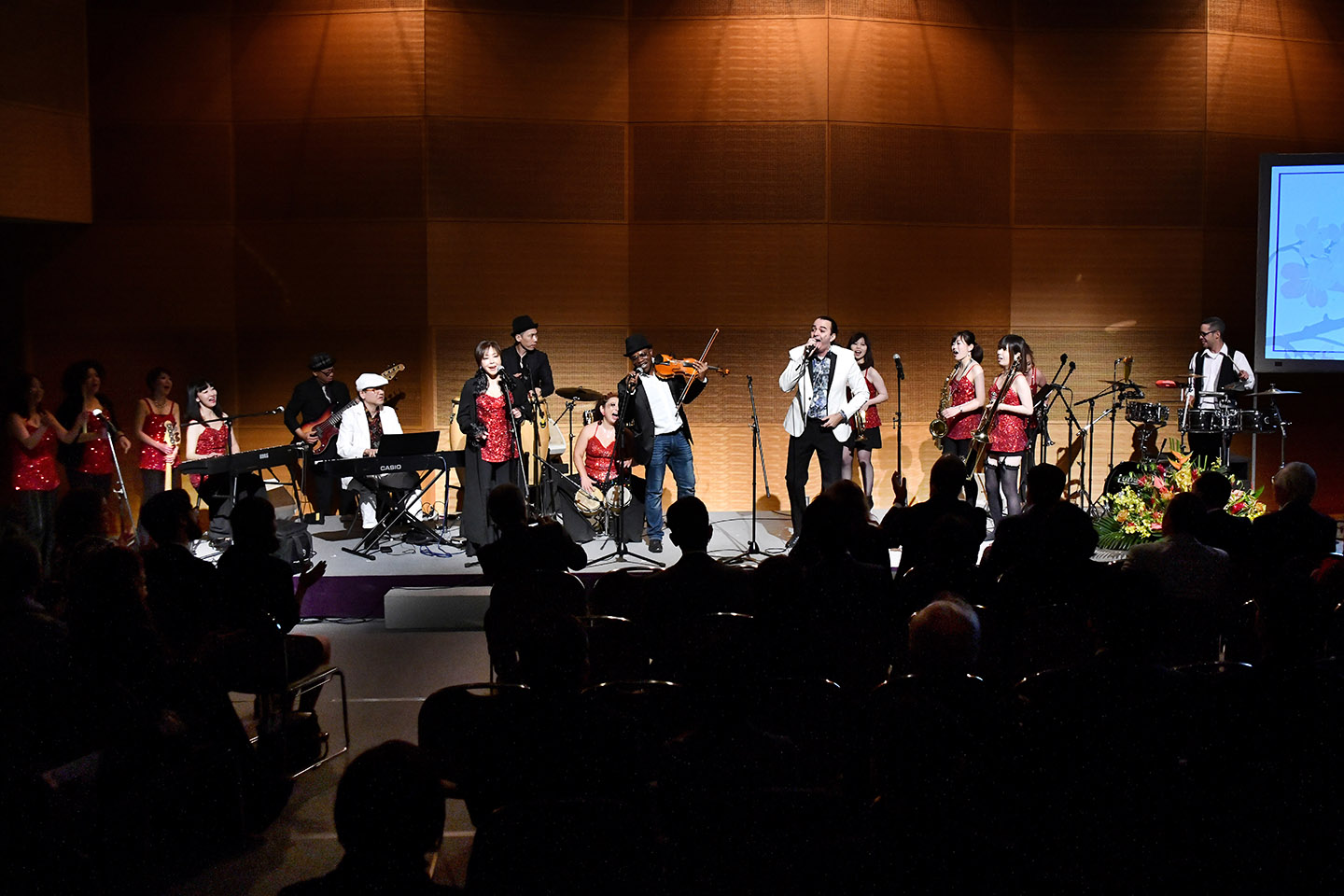 Following the opening speeches, Antonio Koga, an artist contributing to music exchange between both countries, performed alongside popular band Alexander LP y Puros Habanos. Both acts fascinated the audience with their beautiful melodies and lively rhythms.

Ambassadors and embassy personnel from eight countries attended the concert, including extraordinary and plenipotentiary ambassadors from four countries and an acting representative ambassador from one country.