Min-On Music Journey No. 08: The Republic of Cuba 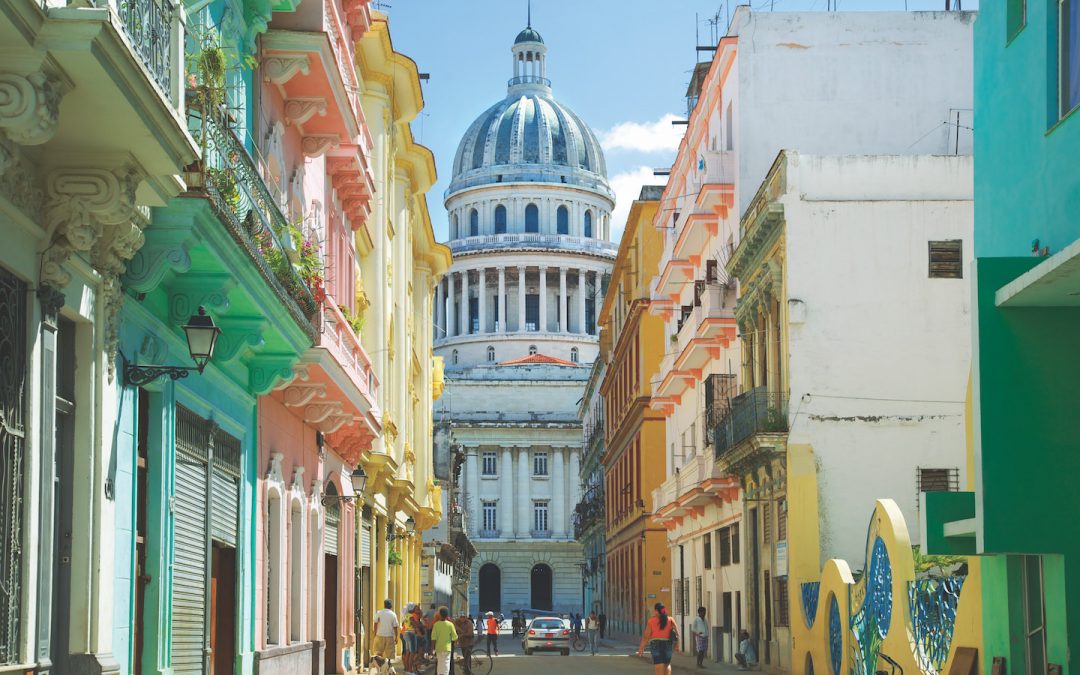 Min-On and the Embassy of Cuba in Japan welcome you to the Republic of Cuba for the eighth stop on Min-On’s Music Journey. Cuba is the largest island nation in the Caribbean Sea, rich in natural beauty. Also called the Pearl of the Caribbean, Cuba has a subtropical climate, meaning it is warm and comfortable all year and filled with lush greenery and stunning seascapes. Cuba has long prospered as a center of trade between Europe and the Americas, and its historic streets offer a glimpse of that era. 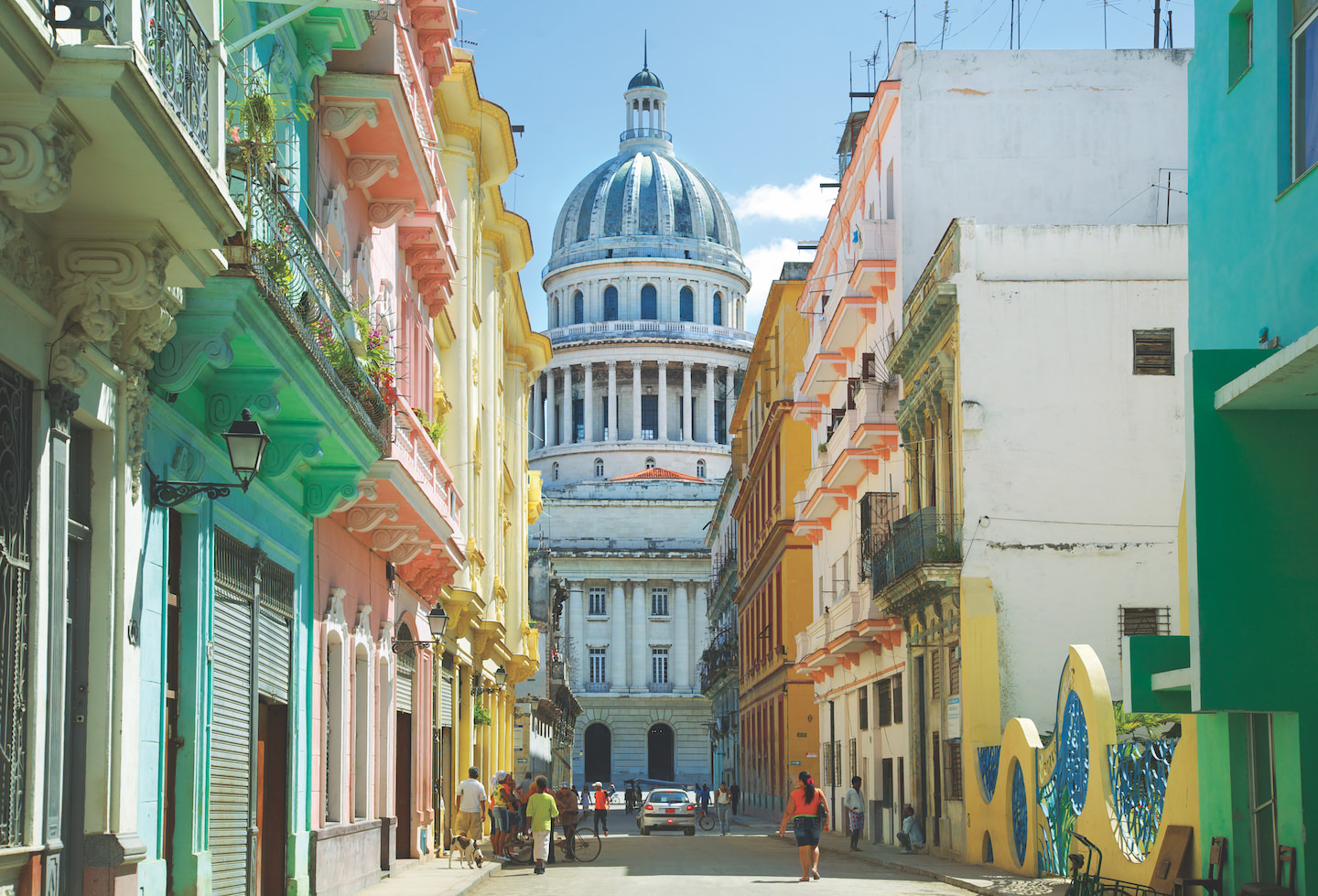 Havana, the largest city in the Caribbean

The capital of Havana is Cuba’s center commerce and politics. The Old Havana district of the city, La Habana Vieja, contains many magnificent buildings built during Cuba’s golden age that commenced in the 19th century. In 1982, this district was registered as a UNESCO World Heritage Site. A few popular tourist locations include the Havana Cathedral (a masterpiece of Cuban Baroque architecture) the El Capitolio (National Capitol Building) and Morro Castle, which guards Havana Bay. Cuba’s museums are also popular, including the José Martí Museum, which honors the titular José Martí, a figure extolled as a founding father and national hero of Cuba.

The Malecón roadway along the shore is popular for scenic drives and a great spot to catch many of the classic cars Cuba is famous for. Havana is also known for its connection to famous writer and poet Ernest Hemingway. He loved Cuba dearly, and the seas, people and drinks of Havana appear often in his novels. The small fishing village of Cojímar even serves as the setting for his Nobel Prize-winning novel, The Old Man and the Sea.

Cuba as a sports powerhouse

It is said that one in every 500 Cuban citizens has won a medal in the Olympics or other international sports competition. Baseball is the national sport of Cuba, and many Cuban baseball players compete on the global stage, including the American Major League and Japanese Professional Baseball leagues. These athletes also participate as members of the Cuban national team and have propelled their team to victory in the Olympics and other global competitions. The Cuban women’s national volleyball team also surprised the world by winning the gold medal three consecutive times at the Olympics in Barcelona, Atlanta and Sydney. 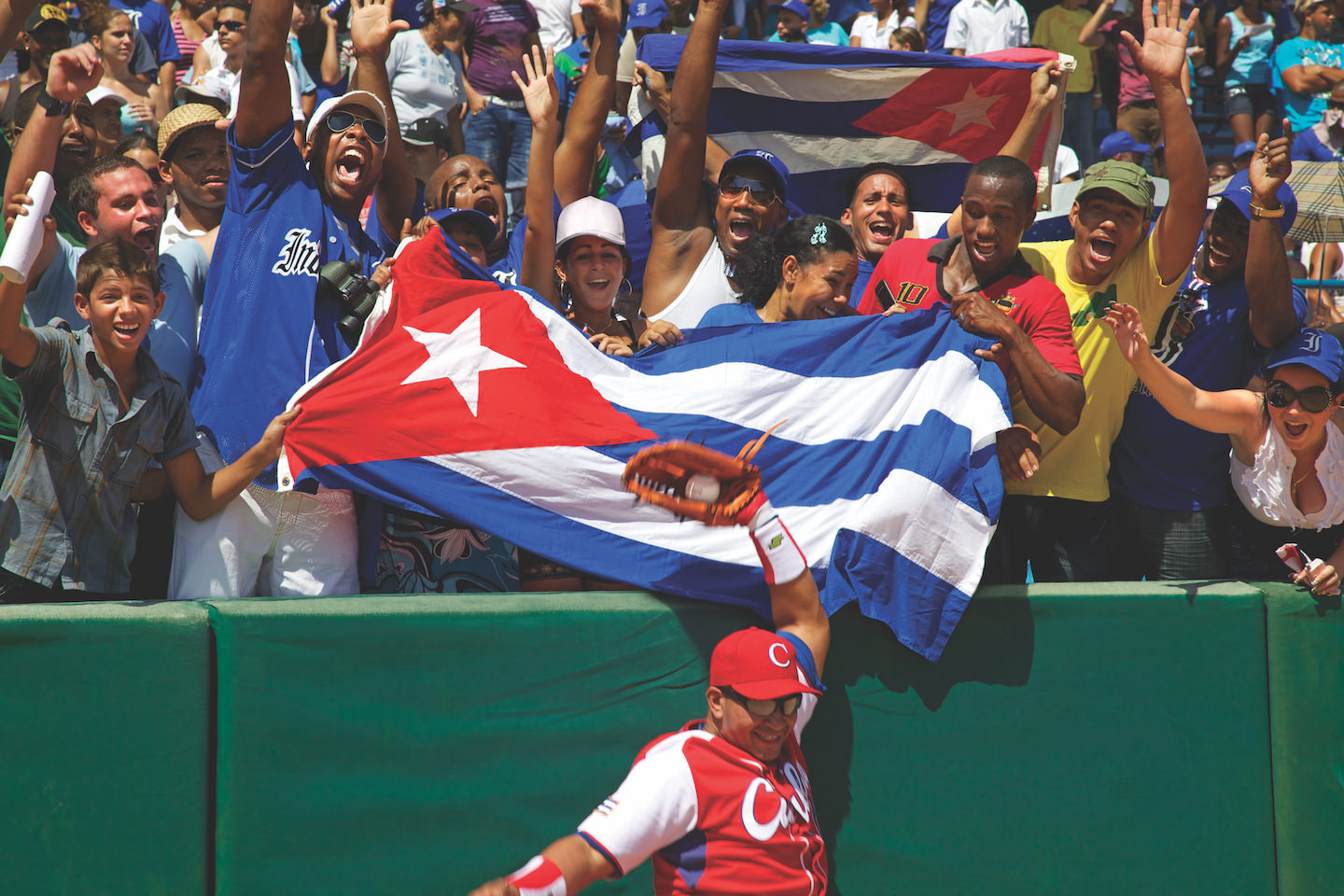 A popular traditional Cuban dish is congri, which contains rice, the staple food, cooked alongside red beans and pork. Another is ajiaco, a traditional meat and vegetable stew. Pork is particularly popular in Cuba. It is customary to eat pork, including whole roast suckling pigs, at celebrations including weddings and year-end festivals.
The mojito, made with lime, mint and sugar added to rum, and the daiquiri are both cocktails that originated in Cuba, and they’re very popular there and across the globe. Cuba is also the world’s largest manufacturer of cigars, and there are many cigar factories in the capital of Havana that export their fine products to Europe and the rest of the world.

Cuban cigars, Havana Club (a brand of rum) and a mojito cocktail

The rich musical tradition of Cuba

Cuban musical tradition has always been closely connected to people’s daily lives. The nostalgic city streets overflow with music of many different styles and origins, allowing visitors to feel the spirit of the Cuban people everywhere.

Son cubano, the core of the Cuban music scene, combines the drum rhythms of Africa with guitar and vocal tradition from Spain. It was born in the second half of the 19th century in the eastern part of the country. Once it arrived in Havana, it spread rapidly throughout the whole country, marking the beginning of a golden age in music. Son cubano performances use a guitar unique to Cuba called a tres, a three-course chordophone of Cuban origin. Its soulful sound enhances the charm of son cubano.

Please enjoy two songs from that concert: “Son Swing,” a song that evolves son cubano without sacrificing its traditional essence, and “El Cuarto de Tula,” one of Cuba’s most iconic songs. 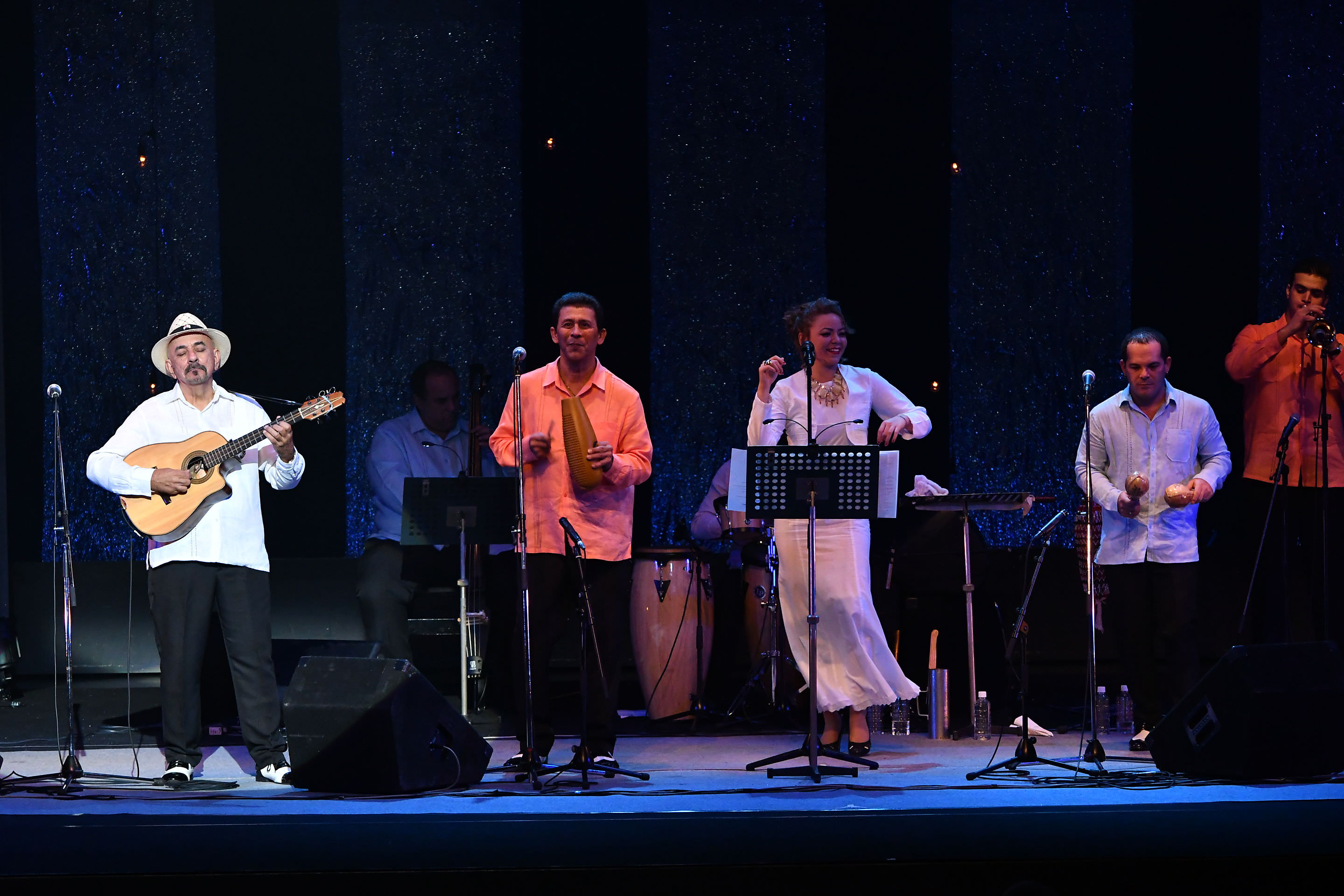 A world-class tres player, Pancho Amat expresses the essence of son cubano through traditional compositions and innovative performances. In 2010, the government of Cuba awarded him the Cuban National Music Award. He is active in Cuba as a nationally renowned musician and also abroad.

Musicians recommended by the Ambassador of Cuba

In closing, we would like to introduce musicians recommended by Ambassador Miguel Ángel Ramírez of the Embassy of Cuba in Japan, Cesar Lopez and the Habana Ensemble.

Cesar Lopez is one of the foremost saxophone players in Cuba. In 2013, he performed at Min-On concerts in 19 cities across Japan. Please enjoy his music, which combines jazz and Cuban popular music with contemporary sounds.

1. Scherezada
Performed by Cesar Lopez and the Habana Ensemble

What did you think of this music journey to the Republic of Cuba? There are still many more places to go on our music journey. Please look forward to our next destination!

The nostalgic old streets of the capital, Havana

(Produced in collaboration with the Embassy of the Republic of Cuba in Japan.)