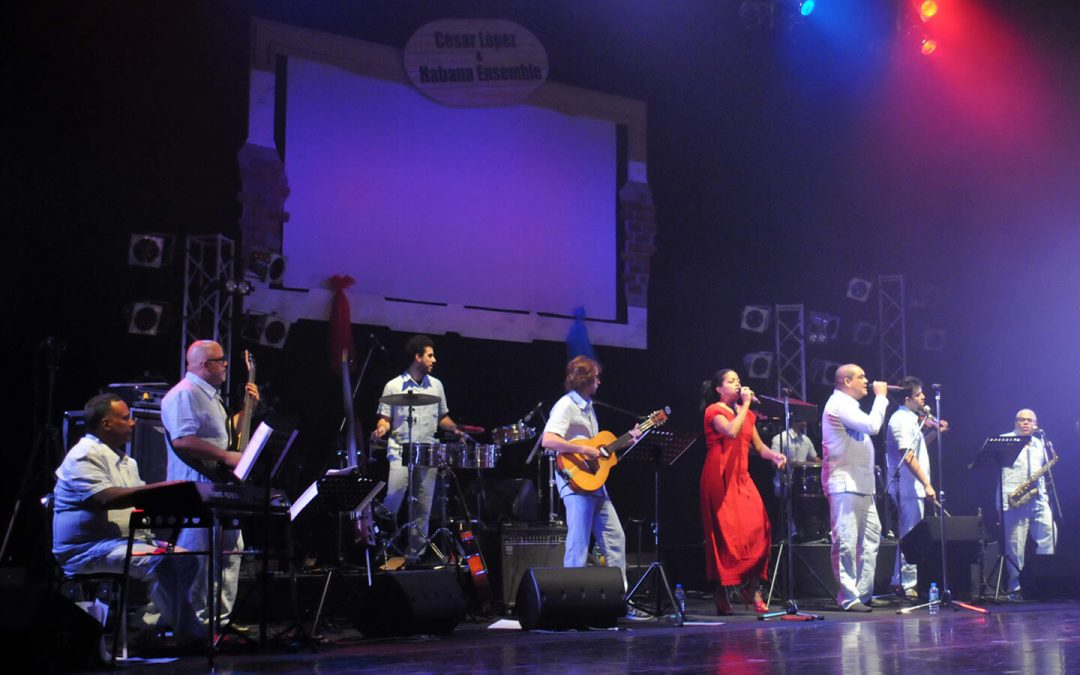 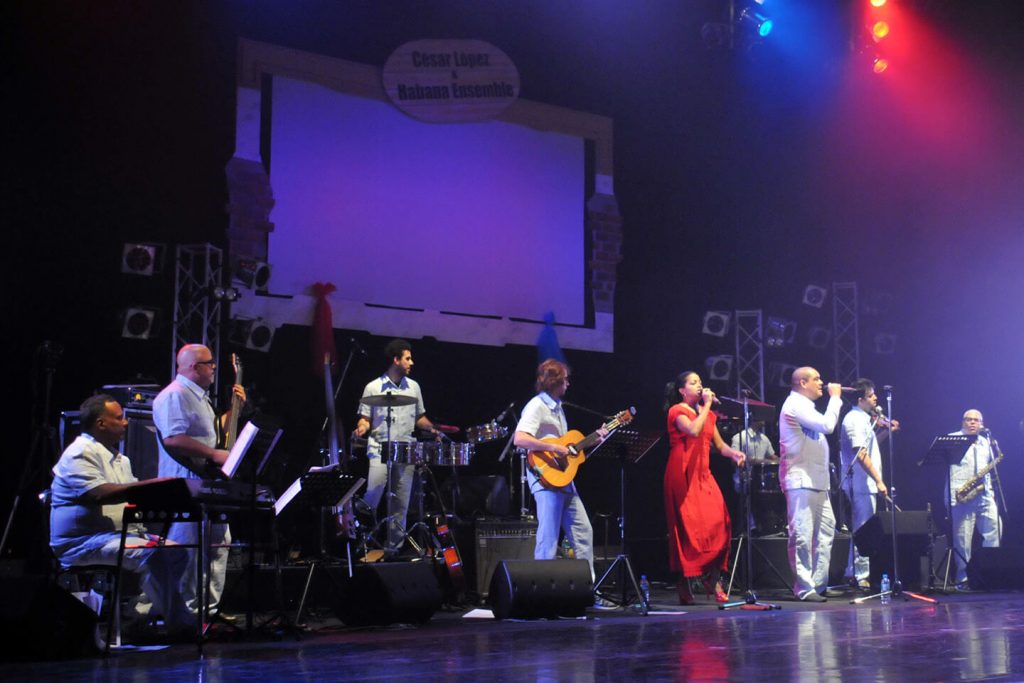 Passionate singing and dancing from César López and the Habana Ensemble

The Caribbean Musical Cruise is a popular Min-On concert series showcasing the rich and diverse musical cultures of the Caribbean nations. This year, the Cruise visits Cuba—the largest “treasure island” of music in the Caribbean. With its diverse ethnic and cultural background, Cuba is the birthplace of a rich variety of unique rhythms and musical styles. For many years, Cuban music has enjoyed international popularity and has been immensely influential throughout the world.

At the invitation of the Min-On Concert Association in conjunction with the Embassy of the Republic of Cuba in Tokyo, the Cuban Ministry of Culture officially dispatched the internationally acclaimed virtuoso saxophonist César López and his Habana Ensemble to Japan in celebration of the 50th anniversary of the founding of Min-On, as well as the 400th anniversary of the first encounter between people of Japan and Cuba. For this special Japan tour, the Ensemble’s lineup was bolstered with renowned musicians, singers, and dancers in addition to his regular Cuban jazz quintet to introduce a variety of Cuban music to Japanese audiences.

The long-awaited 19-city tour, entitled The Caribbean Musical Cruise—Music Full of Passion from Cuba, kicked off in the northern island of Hokkaido on September 18, and their passionate performances, including premiers of his original pieces Los Amigos and Conga Para El Japon, effortlessly captivated audiences at every venue they played across Japan. The program featured many Cuban jazz classics as well as contemporary pieces spanning more than a dozen unique rhythms and styles from habanera, mambo and rumba to son, cha-cha-cha, timba and danzon. César López himself sang an original bolero piece to express his deep love of people.

Coinciding with the actual date of the 50th anniversary on October 18, the marvelous month-long tour came to a close on October 16 at the Tokyo’s Nakano Sun Plaza Hall, a regular venue for Min-On concerts for the last 40 years. The final concert drew a full house of more than 2,000 people, including Ambassador Rodriguez of the Republic of Cuba as well as many other ambassadors, diplomats and distinguished guests from seventeen different countries. The passionate performance given by César López and the Habana Ensemble celebrating Min-On’s 50th anniversary and friendly international relations brought a beguiled and enthralled audience to their feet for a standing ovation.