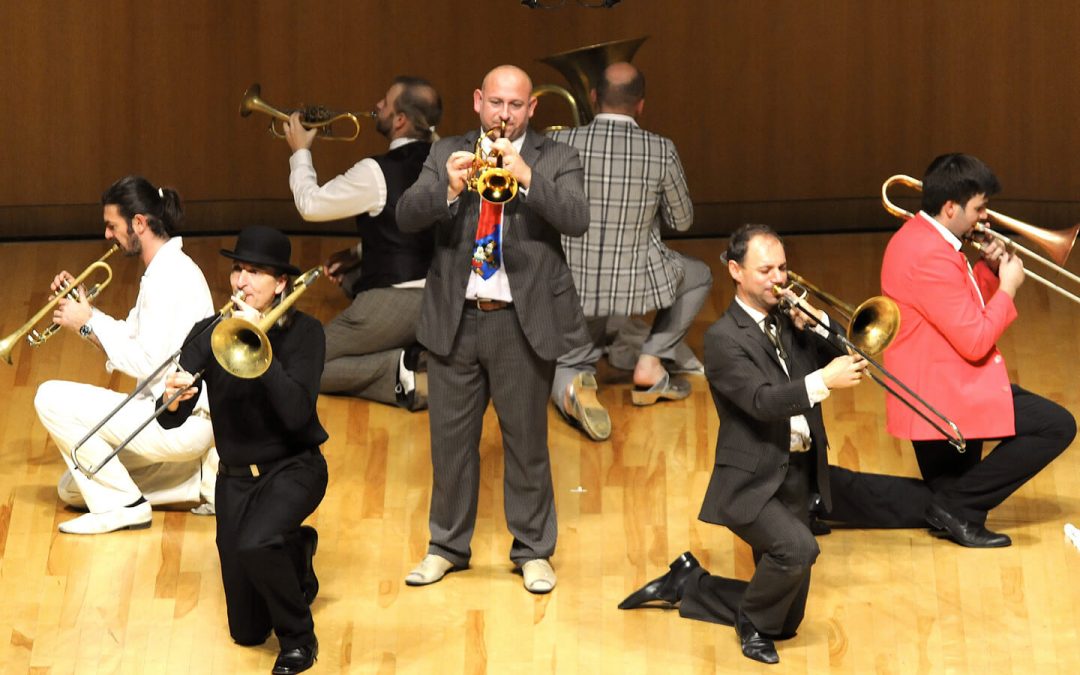 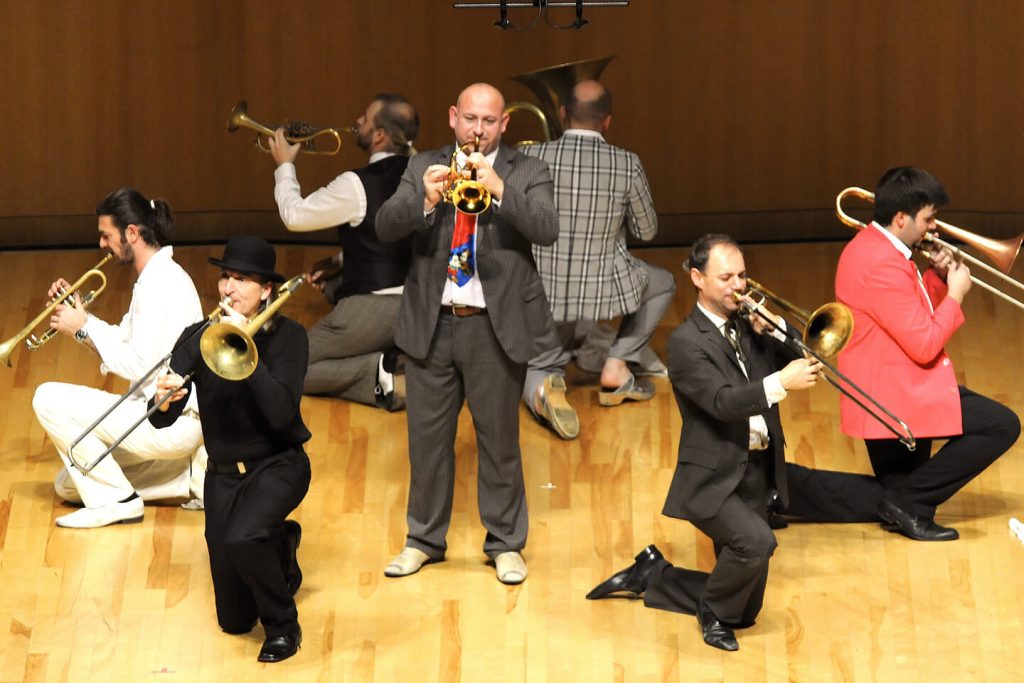 Mnozil Brass, an Austrian virtuoso brass ensemble septet, was brought back to Japan for an encore tour of 13 cities throughout Japan during the months of November and December in 2011.

The seven members of this versatile group are all graduates of the Vienna College of Music. They often played gigs at Mnozil, a pub opposite Vienna College, where the students used to meet to drink, play music and sing. Their performances started to draw unexpectedly large audiences to the pub, and so Mnozil Brass, a group of young musicians bearing the name of the pub, was born.

These days, wherever these seven musicians play in the world, they are similarly greeted with loud applause and laughter in equal measure, acknowledging their incredible blend of virtuoso musicianship and offbeat humor. At every venue in this Japan tour, capacity audiences shared the joy these magnificent seven create with their superlative entertainment, which crosses every stylistic border, from band music to orchestral brass, rock, jazz and—of course—terrific musical comedy.