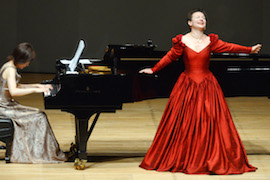 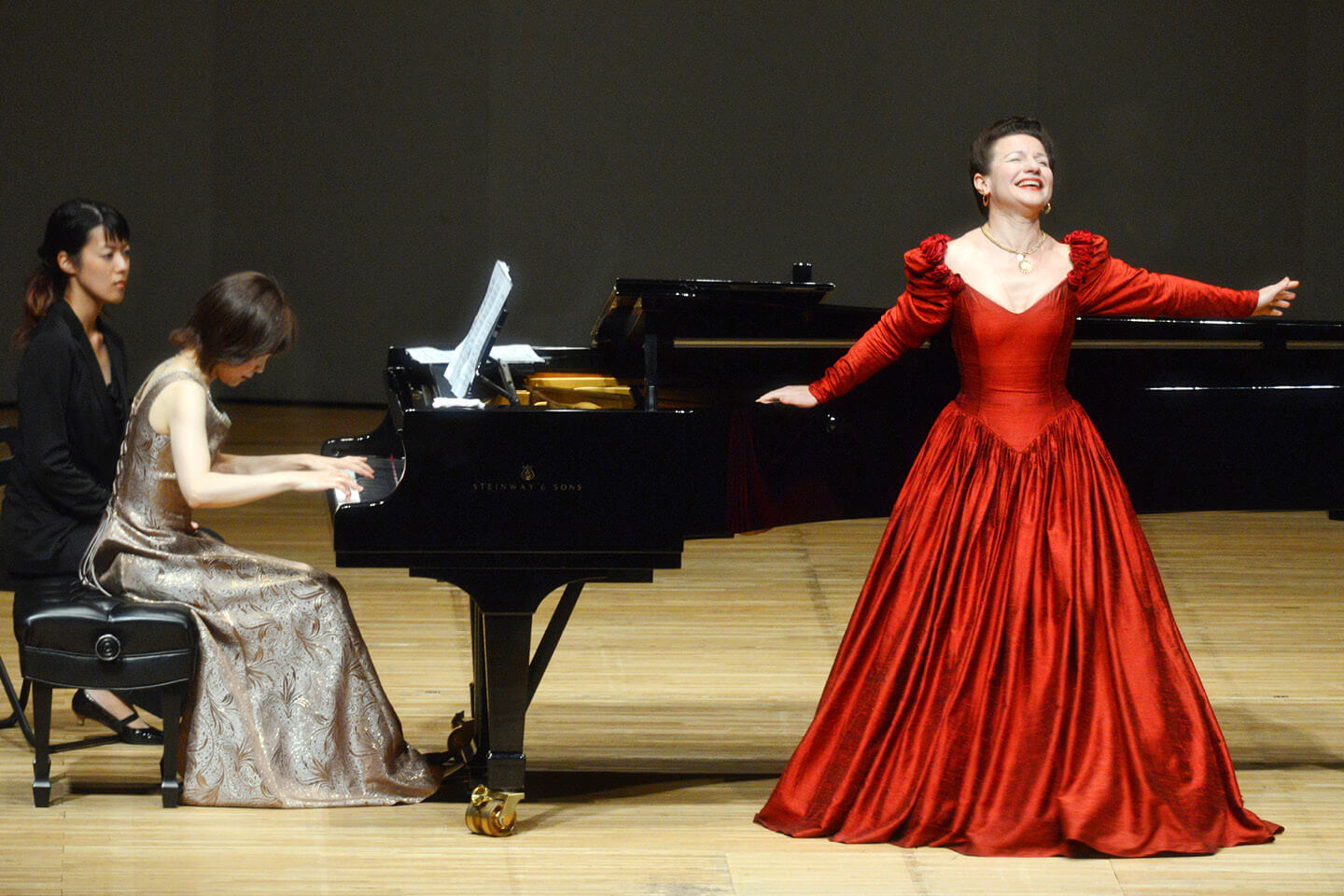 The Wiener Staatsoper (Vienna State Opera) in Austria is counted as one of the world’s most prestigious opera houses. In 1993, Victoria Loukianetz made her international debut there as Queen of the Night in Mozart’s The Magic Flute. As a permanent member of the State Opera until 2000, she became a favorite of Viennese audiences. While residing in Austria, Loukianetz has been a regular guest at many prestigious opera houses and international festivals.

Born in the Ukrainian city of Kiev, Loukianetz studied vocal performance in the former Soviet Union from the age of 14. A decade later, in 1990, she was for the first time recognized internationally as a world-class soprano when she won the second-place prize at Min-On’s Tokyo International Vocalists Competition. She remarked recently, “The Min-On vocalist competition was the real beginning of my international career as a singer. Everything started from there.” 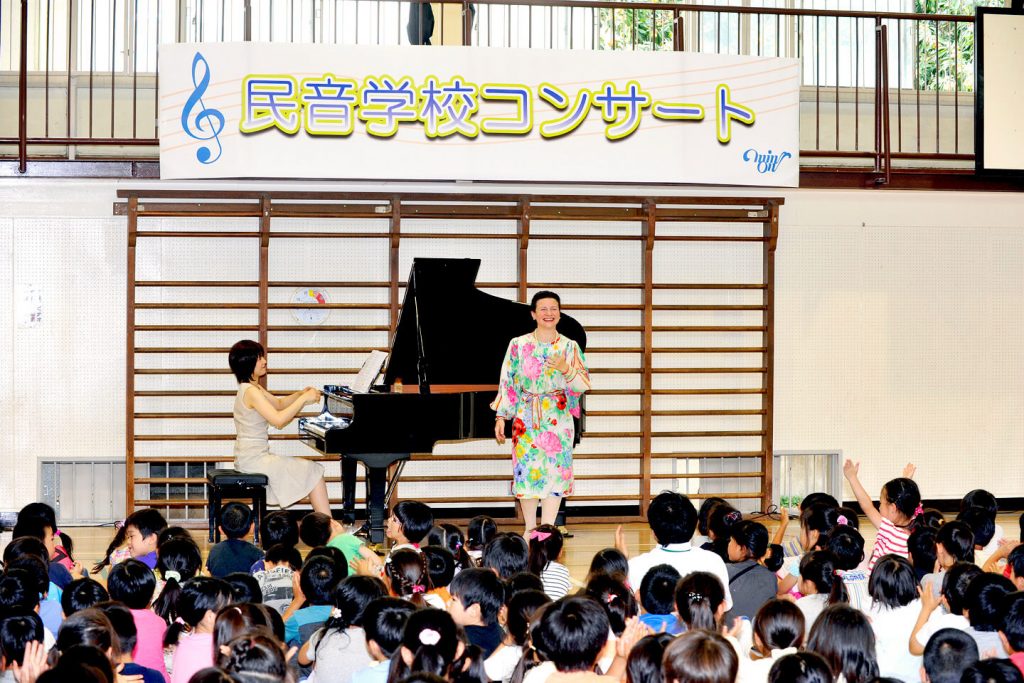 This year, Min-On welcomed Loukianetz back to Japan for her soprano recital tour. She was accompanied by Hanako Toyoda, acclaimed pianist and répétiteur at European opera houses, in nine cities around central and eastern Japan this summer. Loukianetz has been internationally praised as an elite coloratura soprano. A capacity audience at every venue was mesmerized by the performance of her favorite numbers, such as The Barber of Seville, Un ballo in maschera (A Masked Ball), La Bohème, and many others. Between her scheduled recitals, she visited Tsurunodai Elementary School in Kanagawa prefecture for a Min-On school concert. All the schoolchildren, who gathered in the gymnasium for the performance, truly enjoyed her world-class opera vocals.