At noon and in the evening of April 23, a special Min-On Concert Association program honoring the 30th anniversary of Japan’s establishment of diplomatic relations with countries in Central Asia, took place at the Akasaka Civic Center in Tokyo. Part of an overarching cultural exchange initiative conducted by Min-On, the program, “Celebrating the Silk Road: The Bridge of Culture and Friendship, Vol. 1—Uzbekistan,” was cosponsored by the Embassy of the Republic of Uzbekistan in Japan and the Japanese Agency for Cultural Affairs. 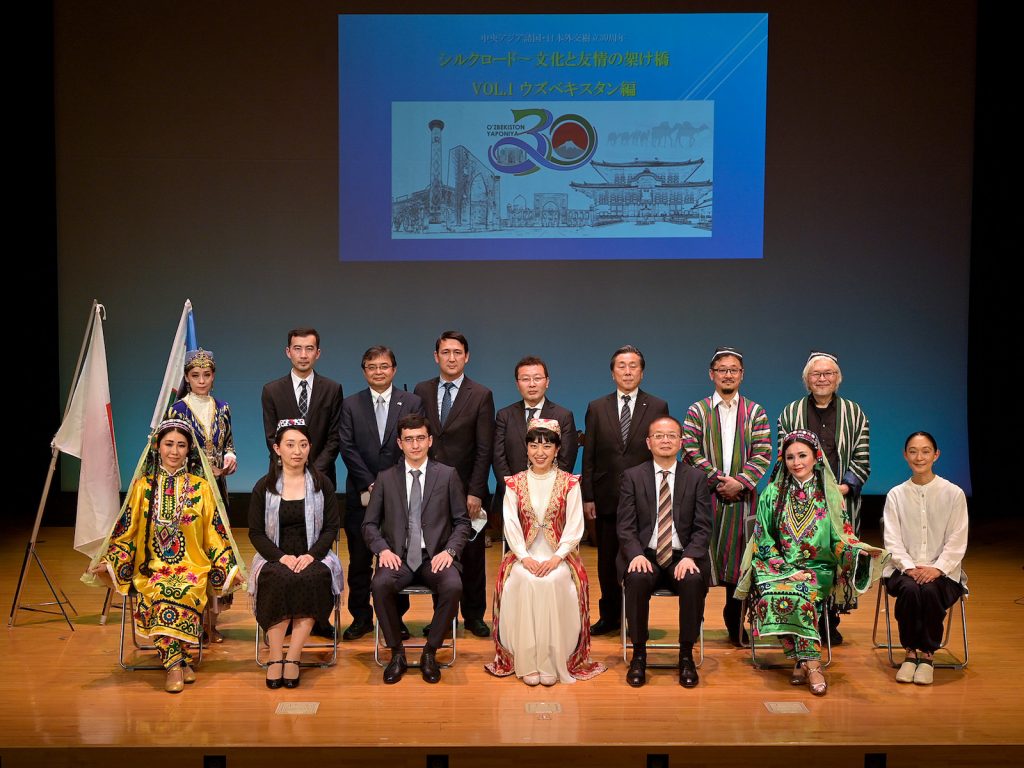 The noon concert catered to children and their parents or guardians, with some 100 people attending. Uzbekistan Embassy Third Secretary Gulyamov Izzatilla gave a presentation of the key facts and history of his country for the young audience. Following that, traditional musical instruments were used to play Uzbek folk songs and Japanese pop music pieces, capped by entrancing dances by the Central Asia & Silk Road Dance Group GULISTON. Later, three children were invited on stage to join the musicians and dancers in an Uzbek score.

The two guests of honor at the evening concert, which drew some 300 people, was Minister Counselor Djalilov Muzaffar from the Uzbekistan Embassy and Agency for Cultural Affairs Deputy Director-General Hirohiko Nakahara. 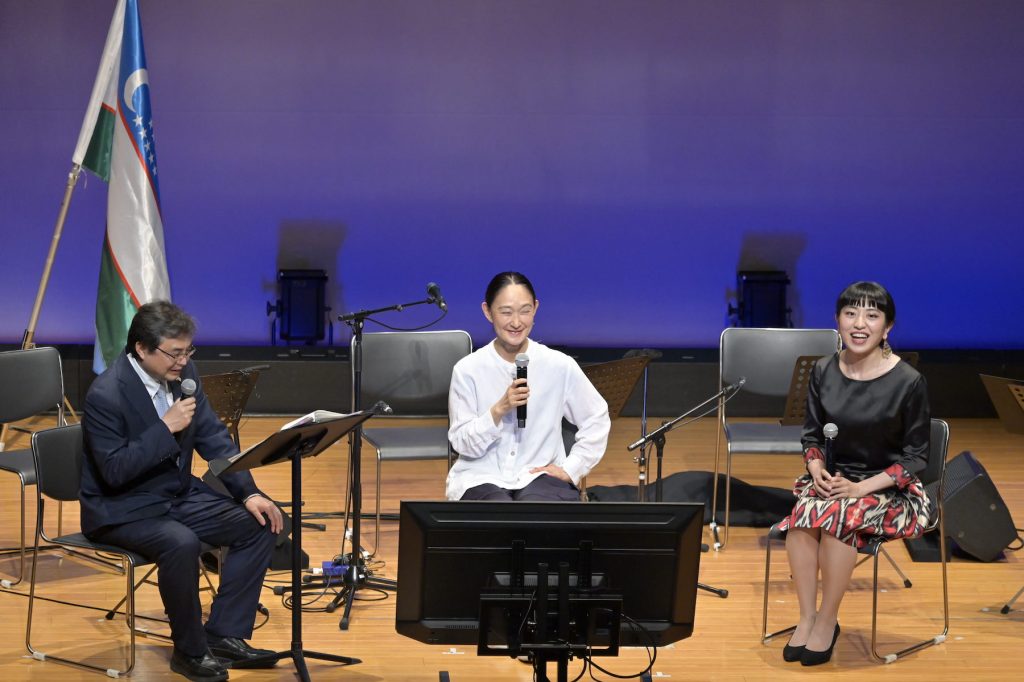 The event opened with a panel discussion made up of Toshinobu Usuyama, professor of humanities and social sciences at the University of Tsukuba; dancer and choreographer Akiko Kitamura, who is also a professor at Shinshu University’s faculty of arts; and musician Mashu Komazaki, who plays the long-necked dutar lute widely adopted in Central Asia. The panelists shared their enchantment and encounters with Uzbekistan, how it shares connections to Japan, as well as the country’s ethnic musical instruments. 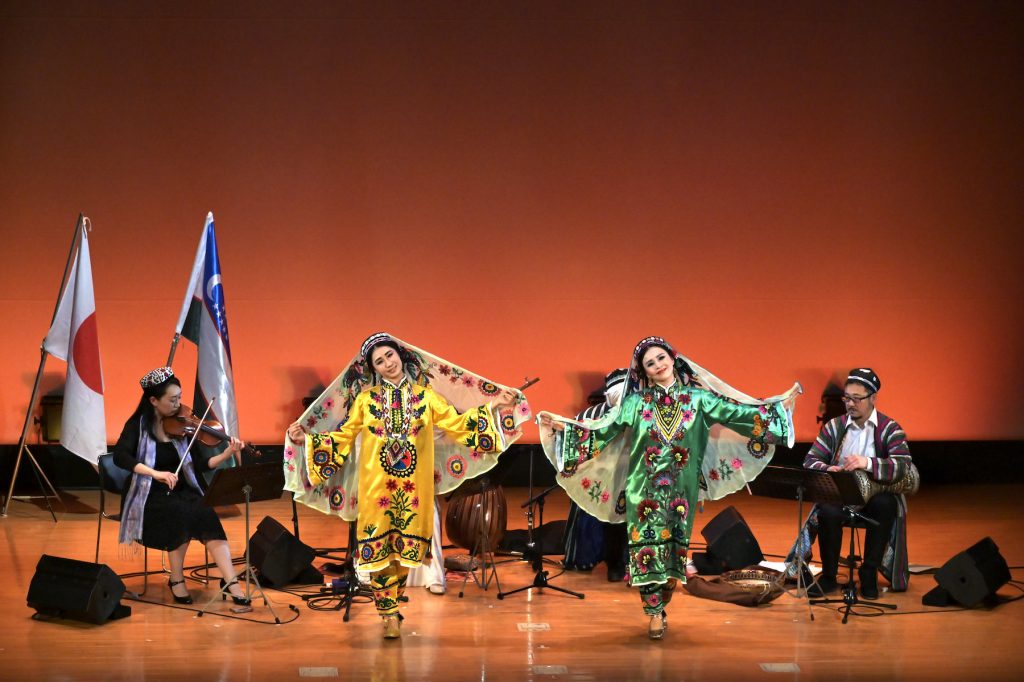 Next, a variety of Uzbek and Japanese songs were performed by Ms. Komazaki on dutar, her sister Rira Komazaki on violin, Keiichi Sato on the Afghan rabab lute and percussionist Junzo Tachiiwa, followed by a series of dances by the GULISTON dance troupe, eliciting enthusiastic applause.