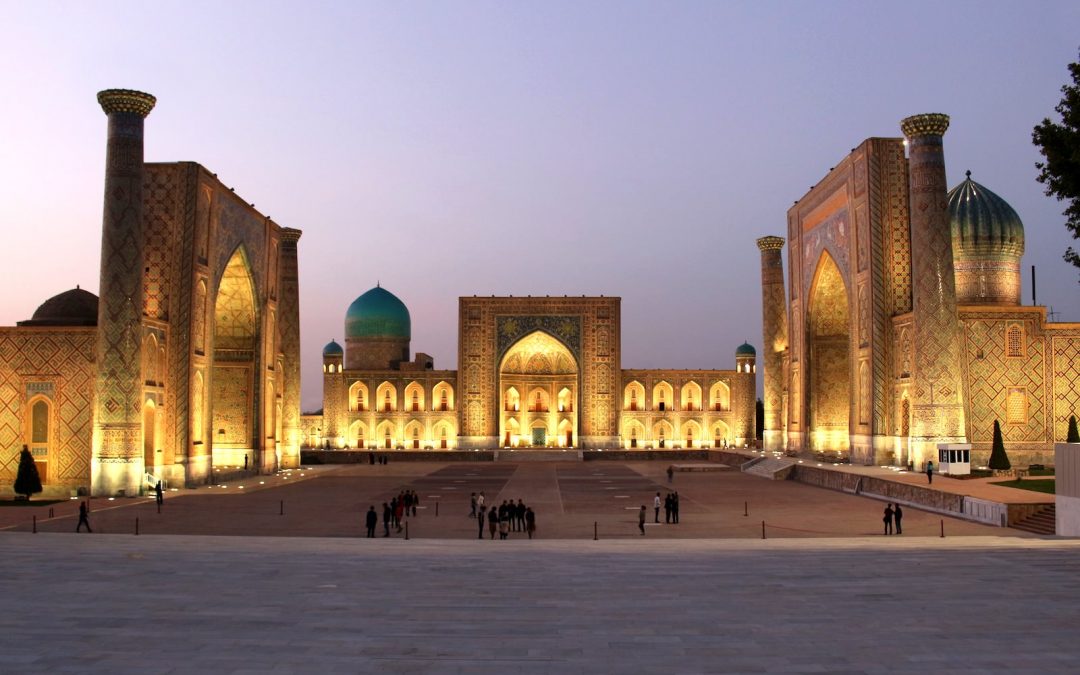 Uzbekistan is known for World Heritage Sites and cities that display the legacy of the Silk Road, which continues to fascinate people across the globe. In particular, Samarkand is major city on the Silk Road that has earned many names for its beautiful scenery, including “the Blue City,” “the Jewel of Islam” and “the Gem of The East.”

Uzbekistan’s charms also include bazaars that sell food, daily essentials and clothing alongside local specialties—they’re a vibrant experience even for tourists just browsing.

Tashkent, the largest city in Uzbekistan

The capital of Uzbekistan, Tashkent, has a population of about 2.5 million people. The city has made rapid progress in culture, politics and manufacturing since the start of the 20th century and is now called the “capital of Central Asia.” 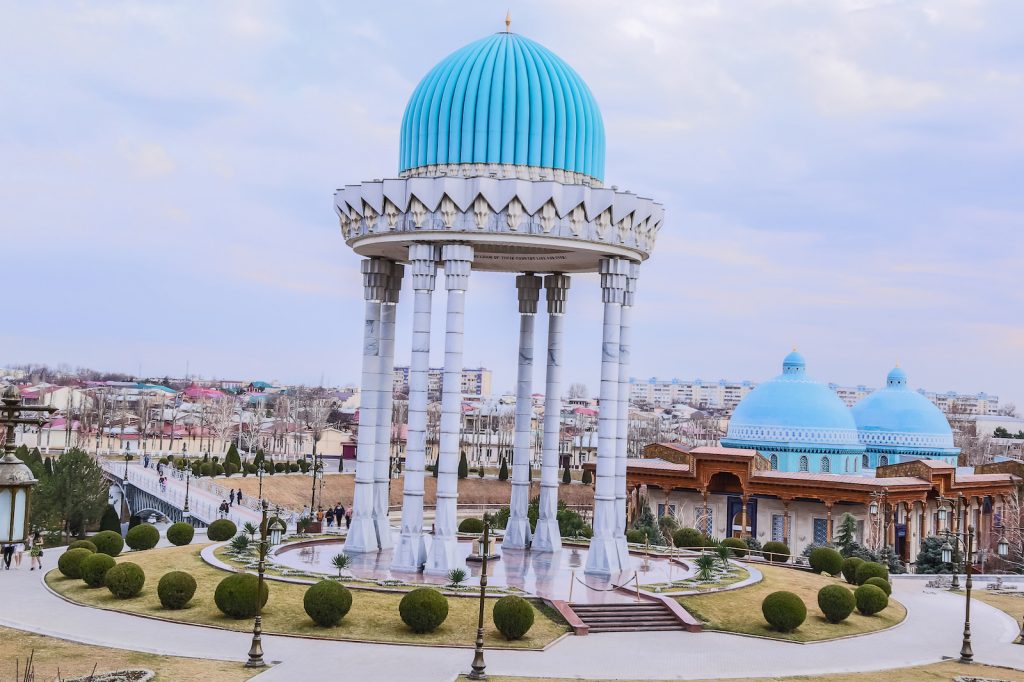 A number of parks, roads and theaters in Tashkent are named after Alisher Navoi, who is revered in Central Asia as the founder of Uzbek literature. The Navoi Theater was built by Japanese citizens interned in Tashkent during WWII, initially serving as an emergency shelter during a major earthquake. Subsequently, its Japanese construction techniques and detailed craftsmanship have been highly admired, and the Uzbek people have expressed their appreciation for this marvelous structure. 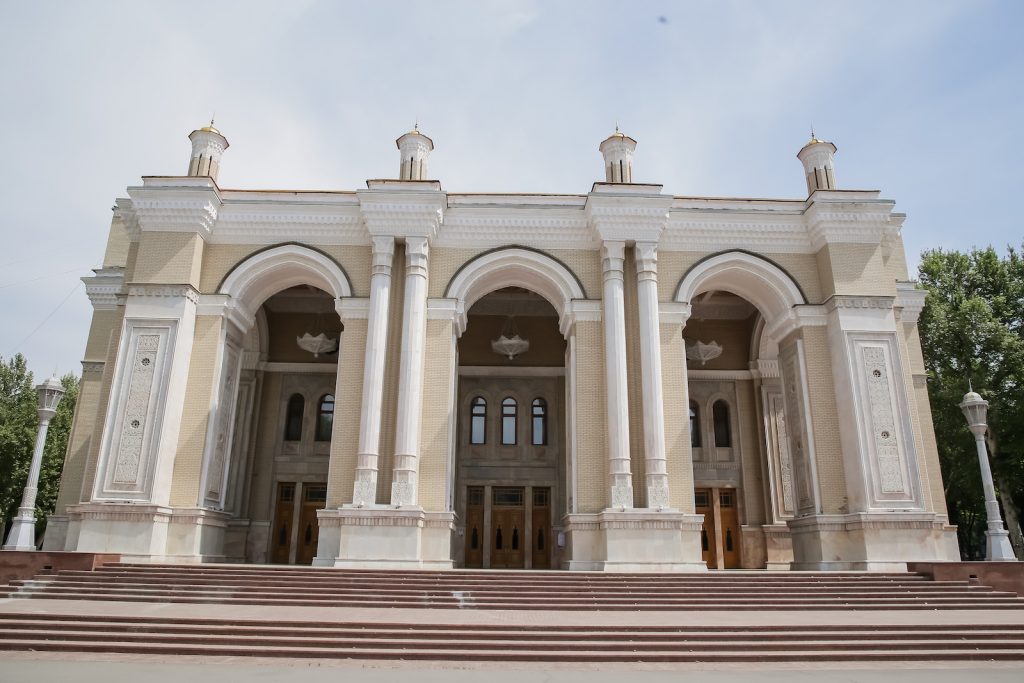 Navoi Theater and a commemorative engraving behind it, featuring a message of appreciation from Uzbekistan to Japan carved in Japanese

Due to major earthquakes and other disasters, few historic structures remain in Tashkent, but some parts of the ancient city can be seen in the historic district of Chorsu. This area is home to Chorsu Bazaar, Tashkent’s oldest and largest bazaar that is always full of locals and visitors. The iconic blue dome and interior of Chorsu Bazaar 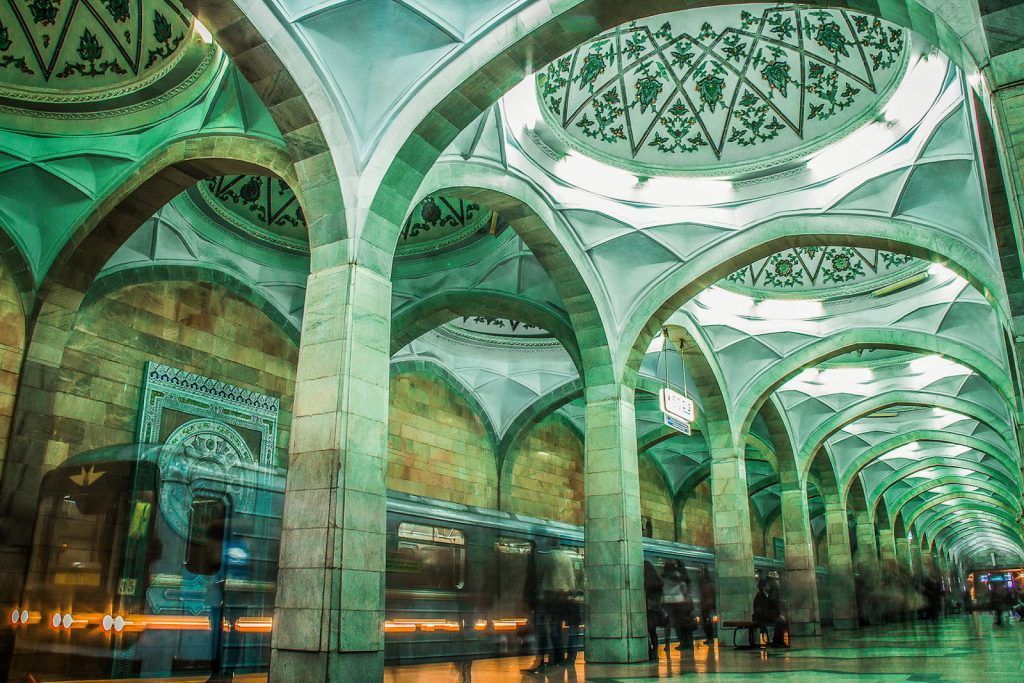 Samarkand flourished as a major city on the Silk Road since before the birth of Christ, and it reached peak prosperity as the capital of the Timurid Empire. Registan Square and is a famous tourist destination, bordered by madrasas (Islamic schools) crowned with domes of Samarkand blue. UNESCO registered “Samarkand – Crossroad of Cultures” as a World Heritage Site in 2001.

Many structures remain in the Historic Centre of Bukhara that denote its importance as a trading hub on the Silk Road. UNESCO registered it as a World Heritage site in 1993. The soaring Kalon Minaret was once lit up to serve as a guidepost for merchants traveling along the Silk Road, and legend states that even Genghis Khan forbade his troops to destroy this immaculate structure. The Historic Centre of Bukhara and Kalon Minaret

The 5,000 year-old city of Khiva is home to Itchan Kala, a double-walled fortress originally built to repel foreign invaders. The interior of the ruins remains largely intact, and UNESCO registered the fortress as a World Heritage Site in 1990.

Uzbekistan’s fourth World Heritage Site, the Historic Centre of Shakhrisyabz, is the birthplace of Uzbek hero Timur. The city’s name means “green city” in Persian, inspired by its many gardens. Visitors here can also see Aksaray Palace, the largest structure built by Timur.

Please enjoy the following traditional dance by Dilnoza Artikova, an artist recommended by the Embassy of Uzbekistan, as she performs against the beautiful backdrop of the Historic Centre of Shakhrisyabz.

Dilnoza Artikova is a dancer of the Gavkhar Dance Troupe from Urgench, in the Khorezm Region. She is highly regarded for her sensational dance, and is the representative face of an ensemble that includes over 80 dancers and musicians. The troupe is active both in Uzbekistan and abroad.

Drinking chai (tea) is very common in Uzbekistan, often alongside meals in teahouses called chaihana. There is a unique Uzbek custom for entertaining guests: the more respect the host wants to show a guest, the less tea he will serve him, inviting the guest to ask for many refills. Chai is an essential part of the Uzbek diet and is almost always served with the staple food of naan (flat, round bread).

Other traditional dishes include palov (Uzbek-style pilaf, which was registered as intangible cultural heritage in 2016) and shashlik (skewered meat). Local fruit is incredibly sweet and delicious, and mountains of watermelon and other melons are always on sale at bazaars every summer.

The music of Uzbek life and traditional crafts

Uzbekistan’s music culture can be divided into four major regional styles. The Khorezm region’s music is one example that has been passed down for generations in Khiva and the surrounding areas. Khorezm music is said to be the origin of Uzbek folk music and folk dance.

Khorezm music has developed into five genres: maqam (classical music), suvora (religious songs), popular (modern) music, oral epic poems or dastan and khalfa (music by and for women). The beautiful whirling dances of this genre—performed by ladies in dress made from suzani, a vibrant, embroidered traditional fabric—are breathtaking.

Atlas, traditional dress made from silk

Min-On has participated in cultural exchange with Uzbekistan for many years, inviting Uzbek artists to Japan for “A Musical Voyage along the Silk Road” series and sending Japanese musicians for the Sharq Taronalari international music festival.

This ensemble of world-class musicians, dancers and singers has been very active on the international stage to preserve renowned traditional music and dance from Uzbekistan for the modern world.

Please enjoy two performances featuring Khorezm music and dance from a concert of the Uzbekistan Folklore Ensemble in 2000.

This is classical piece performed on the traditional dutar and the stringed tanbur.

This surnay dance expresses the happiness and joy of life and features beautiful whirling movements during the finale.

In closing, please enjoy the dances and performances of these musicians recommended by the Embassy of the Republic of Uzbekistan in Japan. 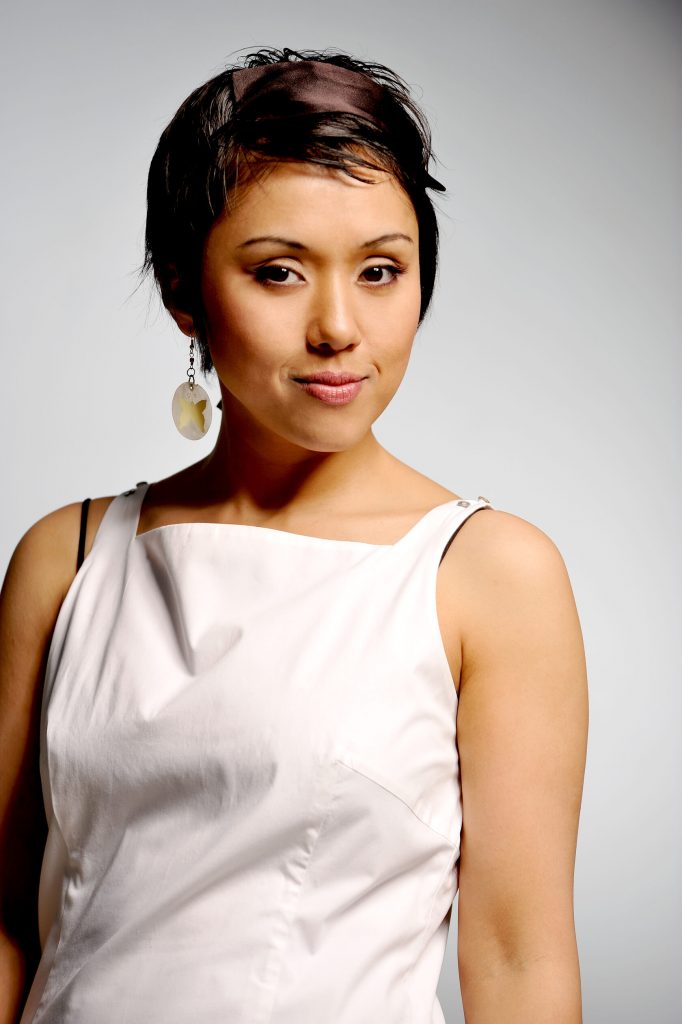 The dichotomy between ancient and modern exists within Uzbek pop star Sevara Nazarkhan’s own oeuvre. Sevara’s critically acclaimed albums, her BBC World Music award in 2004 and international touring have established her not only as one of Asia’s most timeless and talented singers but an emerging pop diva for the future.

This year (2021), Uzbekistan celebrates the 30th anniversary of its independence. Over half of its population of 33.5 million is under 30, and with the power provided by its youth and abundant natural resources, Uzbekistan is expected to continue to progress even further as a nation.

Finally, because local summers reach over 40°C and winters dip below -20°C, we recommend visiting Uzbekistan in the spring or fall. 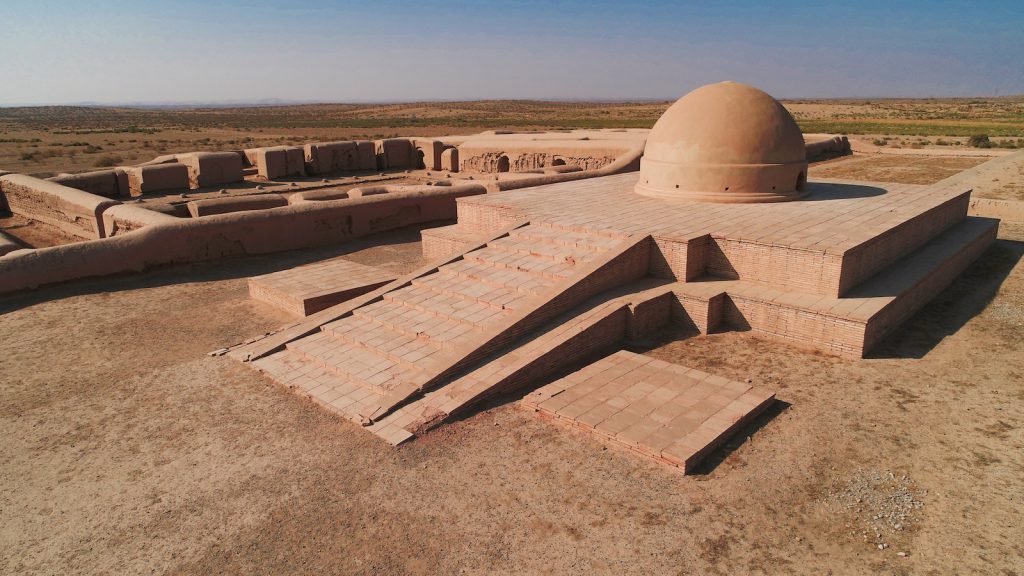 Hot air balloon ride at the oasis city of Bukhara

What did you think of your music journey to Uzbekistan?