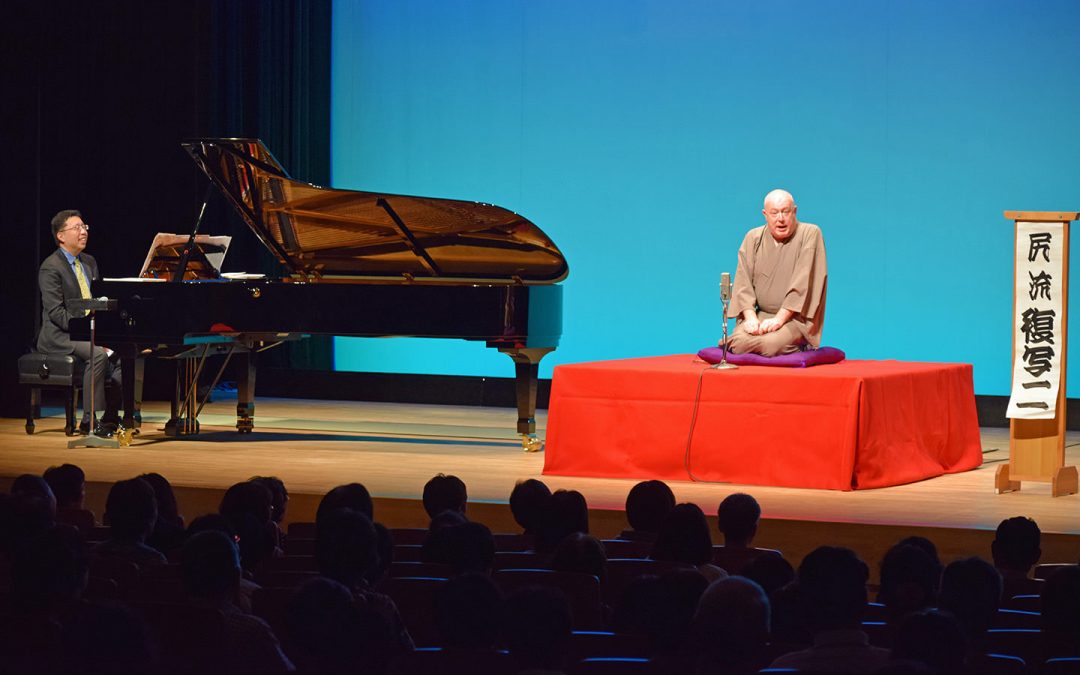 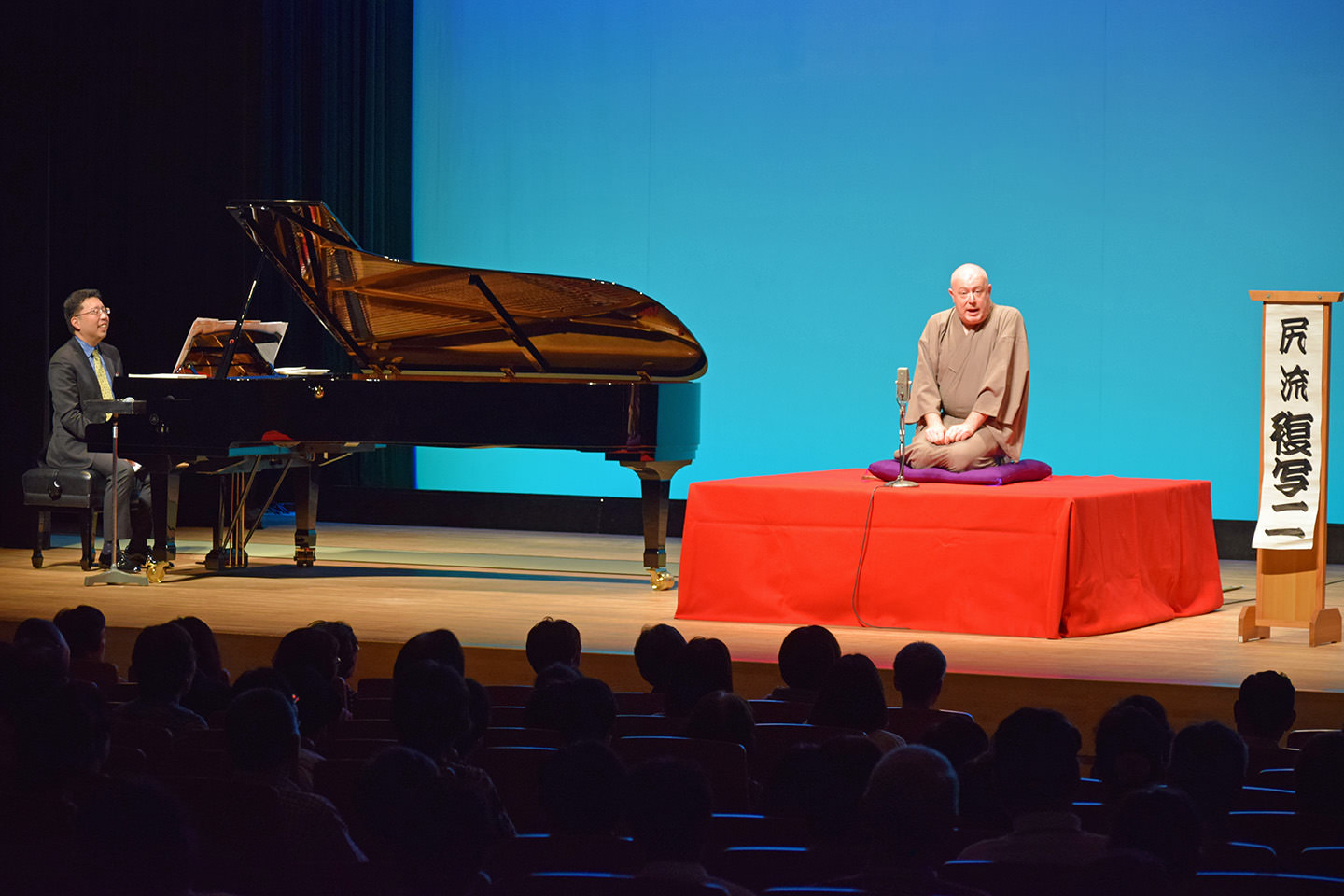 On August 30, 2019, the French rakugo performer affiliated with the French Institute of Japan at the French Embassy in Japan, Cyril Coppini, and pianist Seiji Honda performed Musical Rakugo in commemoration of the Reims-Nagoya sister city partnership. Approximately 300 people attended the event which was backed by the cities of Nagoya and Reims at the Nakagawa Culture Theater.

Mr. Coppini gave ingenious narration and spectacular gestures in his rendition of the rakugo classic Chiritotechin in the first act. It was a performance full of perfectly fluent Japanese humor, and the entire audience was enraptured. For the second act, Mr. Honda, who studied piano at the Conservatoire de Paris, performed several famous tunes accompanied by talks. Many attendees expressed their amazement at the stories of Nagoya and its sister city Reims, and of the episodes related to works of the French-connected performers. Afterward, they performed France Jugem, Je t’aime. Cheers of “Bravo!” mixed with the innovative piano collaboration, and everyone enjoyed this wonderful lecture concert.