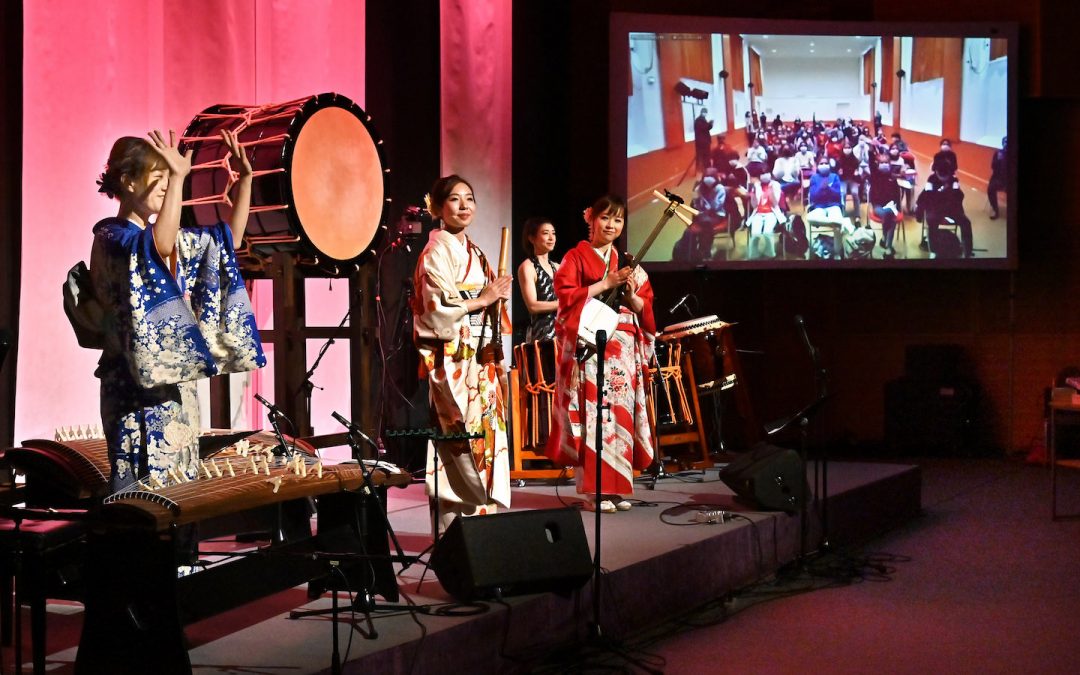 In partnership with public secondary school Lycée Lakanal in Sceaux, France, the Min-On Concert Association held an online concert for French students on October 13. The event, conducted as part of Min-On’s Concert Dispatch Series, was originally scheduled to be held in June with Japanese musicians traveling to France to perform in Paris, Nice and other locations, but was canceled due to the pandemic. The performance—with traditional Japanese comic raconteur Cyril Coppini acting as its master of ceremonies—was held in Japan while the elementary and high school students interacted over the internet.

See the link below for a video recap of this event: One of the highlights of the concert was when participants in both France and Japan stood up and began dancing the bon-odori to the music by the four instrumentalists. In addition, following a lively Q&A session, the students requested that the quartet play Gurenge (Red Lotus), the theme song of international hit Japanese anime “Demon Slayer,” which the musicians did, to the delight of the audience. 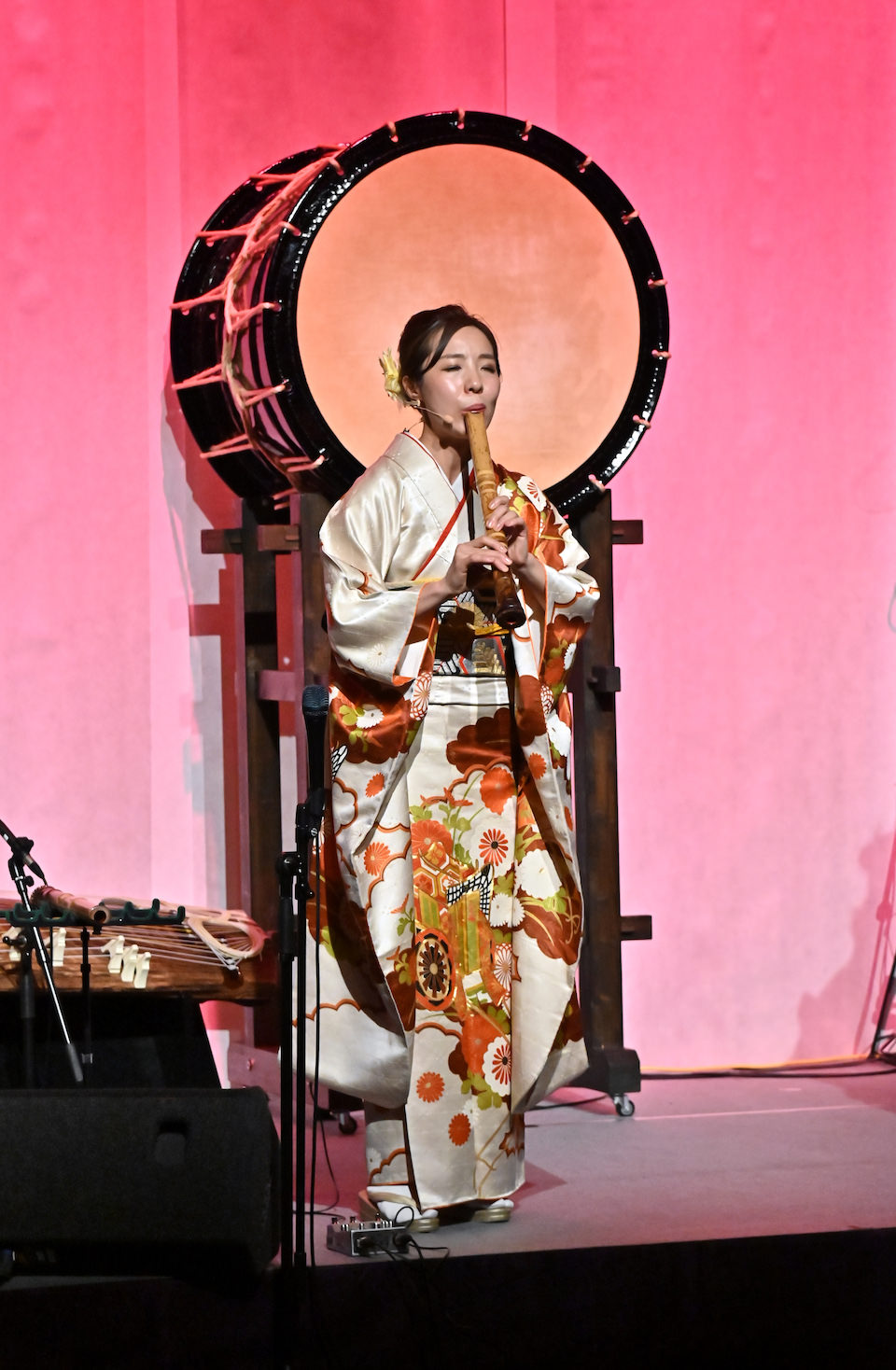 Over 60 Lycée Lakanal students took part in the online concert. Some said they were drawn to the shakuhachi and hoped to try it someday, while others expressed their surprise at just how “modern” the shamisen sounded. Others observed the power of music in promoting a deeper level of cultural appreciation and understanding. As for the instrumentalists, all agreed that while nothing could rival the intimacy and interaction of a live concert, they see the online version as a satisfying substitute. “I knew the children were supposed to be listening somewhere far away, yet I still felt quite close to them,” said Ms. Shiba. Added Ms. Yoshiba: “By going online, those who aren’t able to physically attend a concert, like people outside of Japan or the elderly, can enjoy music quite readily.” 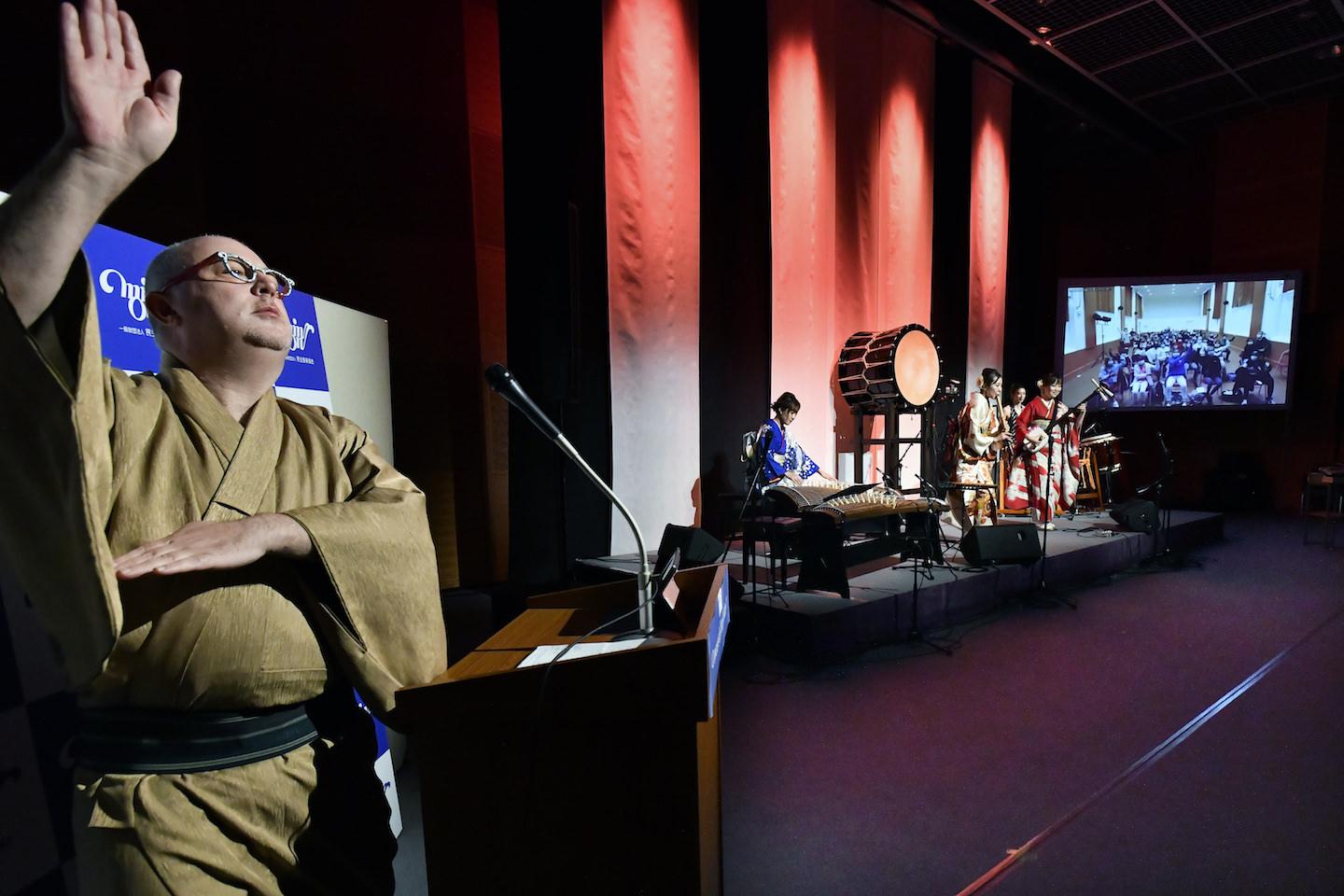 Under the Min-On Concert Dispatch Series, performers from Japan have entertained audiences in 22 countries and territories worldwide to date. 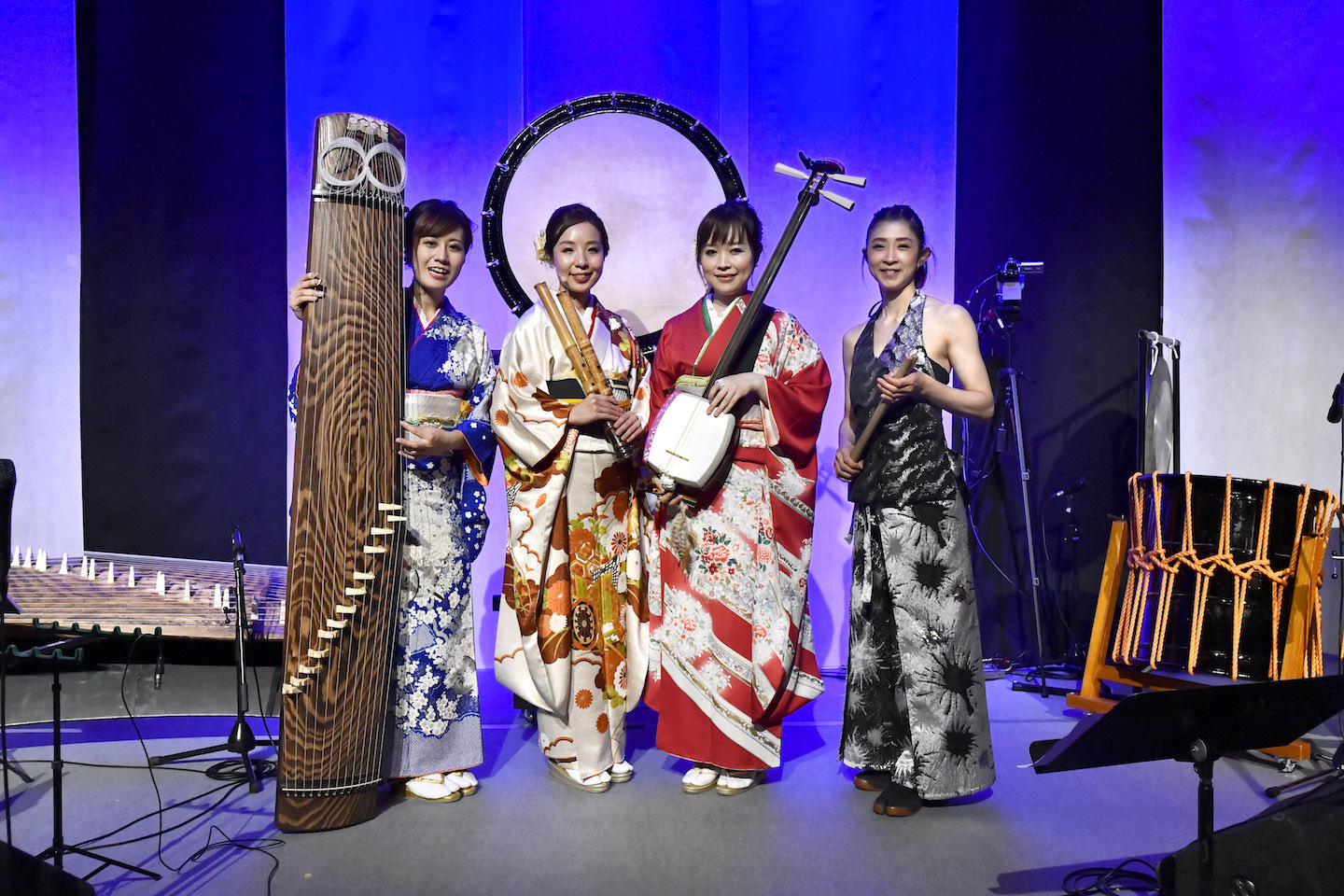