Traditional Japanese Artists Sent to Perform in Belfort and Paris, France, in June 2019 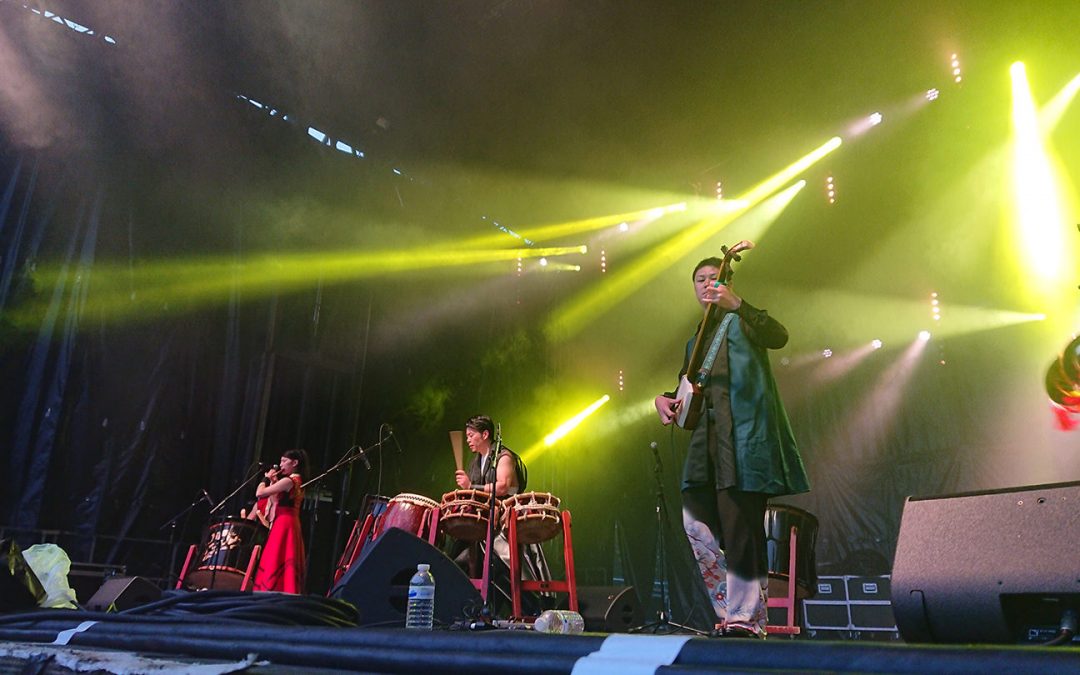 From June 7 to 16, 2019, Min-On sent Masaru Nishiguchi, who plays taiko and shinobue, and three other members of the Japanese music group Japan Marvelous, along with Tsugaru shamisen artist Yoshiyuki Kasai, to France. They performed at the FIMU festival in Belfort and in the city of Paris. The FIMU festival has been held in Belfort, eastern France for 33 years, inviting 1,400 artists from 102 groups and 38 countries performing across many genres, including classic, rock, hip hop and traditional music. The outdoor music festival was hosted from June 8–10, 2019 and the Min-On delegation played the final set of the closing day. Over a thousand people came to enjoy the festival and cheered loudly, applauding the group’s performance. On June 12, the delegation also held a performance at the Lycée Lakanal in Sceaux school in south Paris. They performed as they appeared in the venue from the back entrance, and the audience cheered loudly, getting lost in the intense performance.

They delegation also presented a workshop that five boys and girls participated in. Everyone was entertained watching the students try their best to play the drums. Lastly, the delegation performed an encore in the school’s inner courtyard, where even more students could watch. The students began spontaneously dancing, and the event was extremely lively. 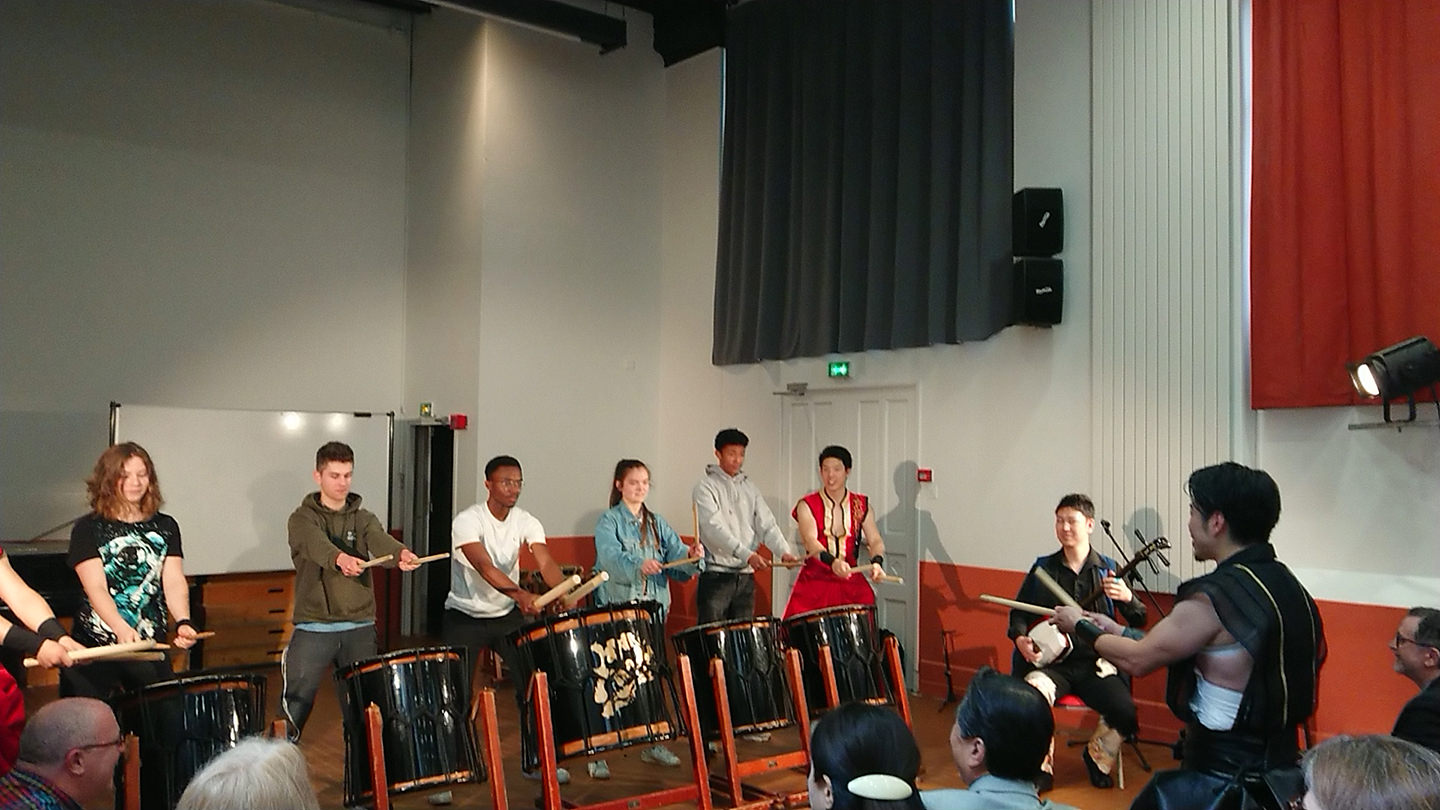 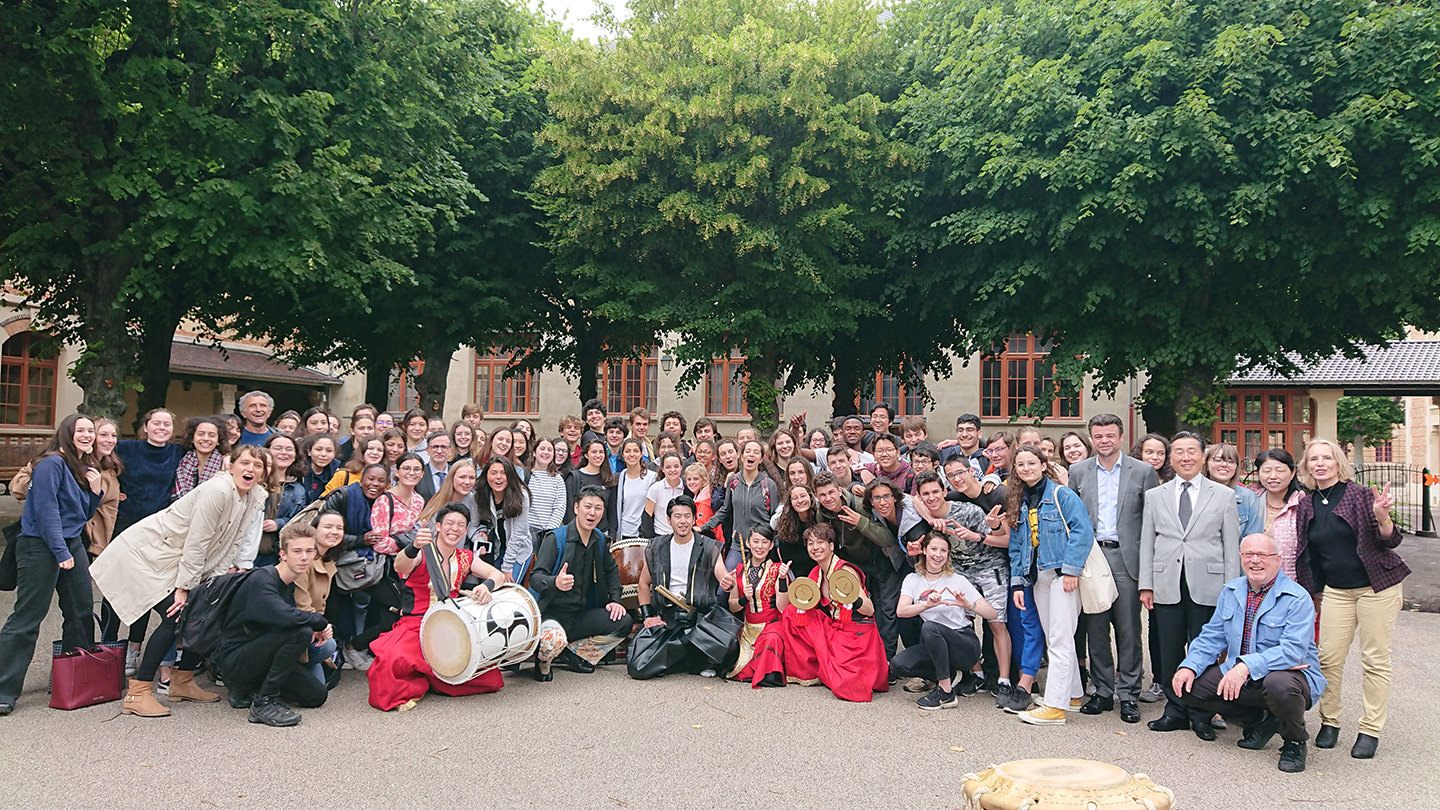 The delegation also held a concert with some French musicians at Café de la Danse in eastern Paris on June 14. The four members of Japan Marvelous opened the performance with the song Esperanza (Kibou). Yoshiyuki Kasai followed with a Tsugaru shamisen solo, and two of the taiko drummers played Chikkyo. The first act closed on the all-Japanese performance with laughter and high spirits.

The second act instantly changed the atmosphere of the packed venue, with French artists DJ Click and guitarist Mr. David playing a fusion of electronic music and Japanese instruments. A hush fell over the venue when they began to play French composer Maurice Ravel’s Boléro, the audience drawn in as the tempo gradually increased. This performance received the greatest cheers and applause of the evening.

For the encore, they performed anime songs popular in France and the curtains closed to endless applause and cheering with a standing ovation. 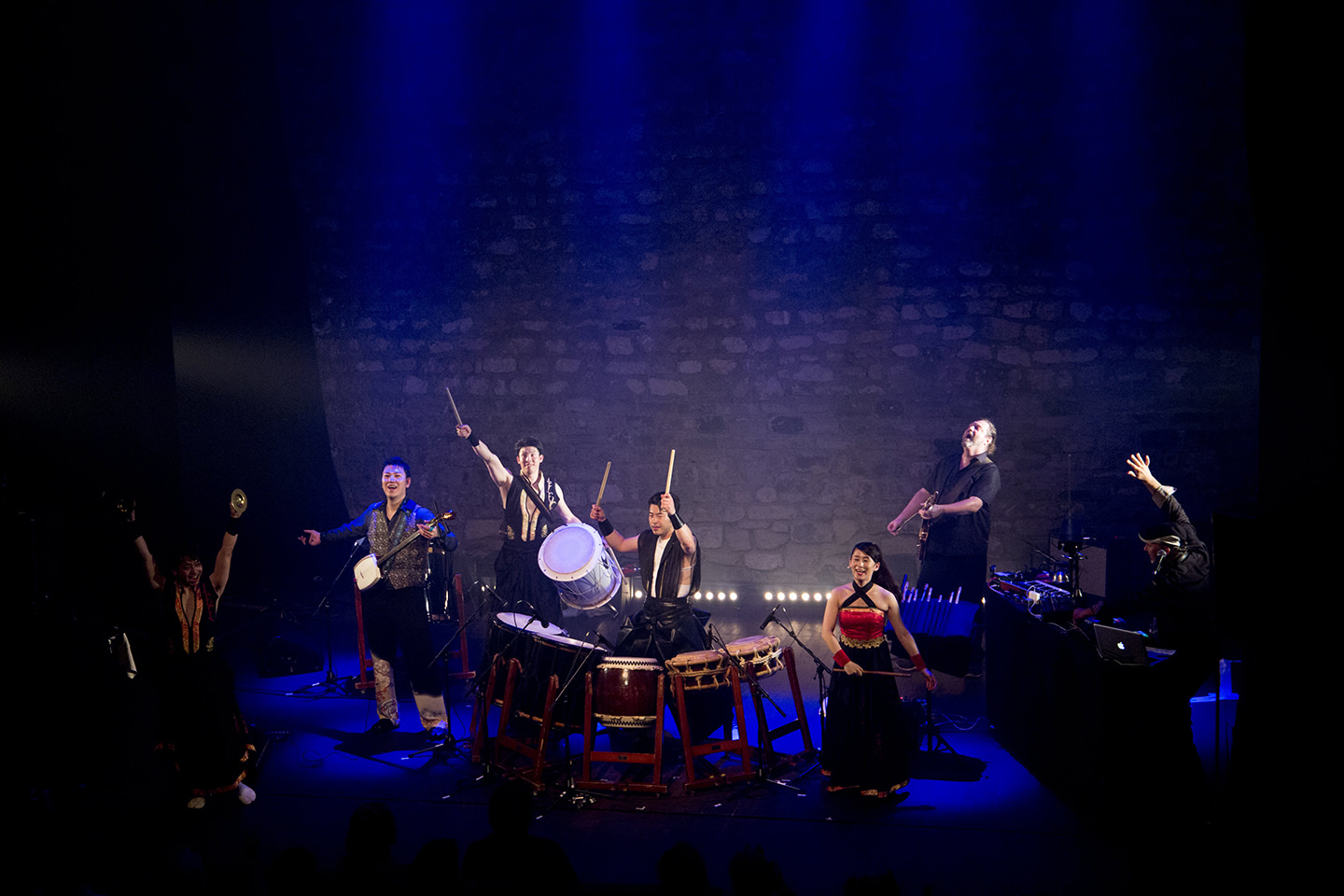 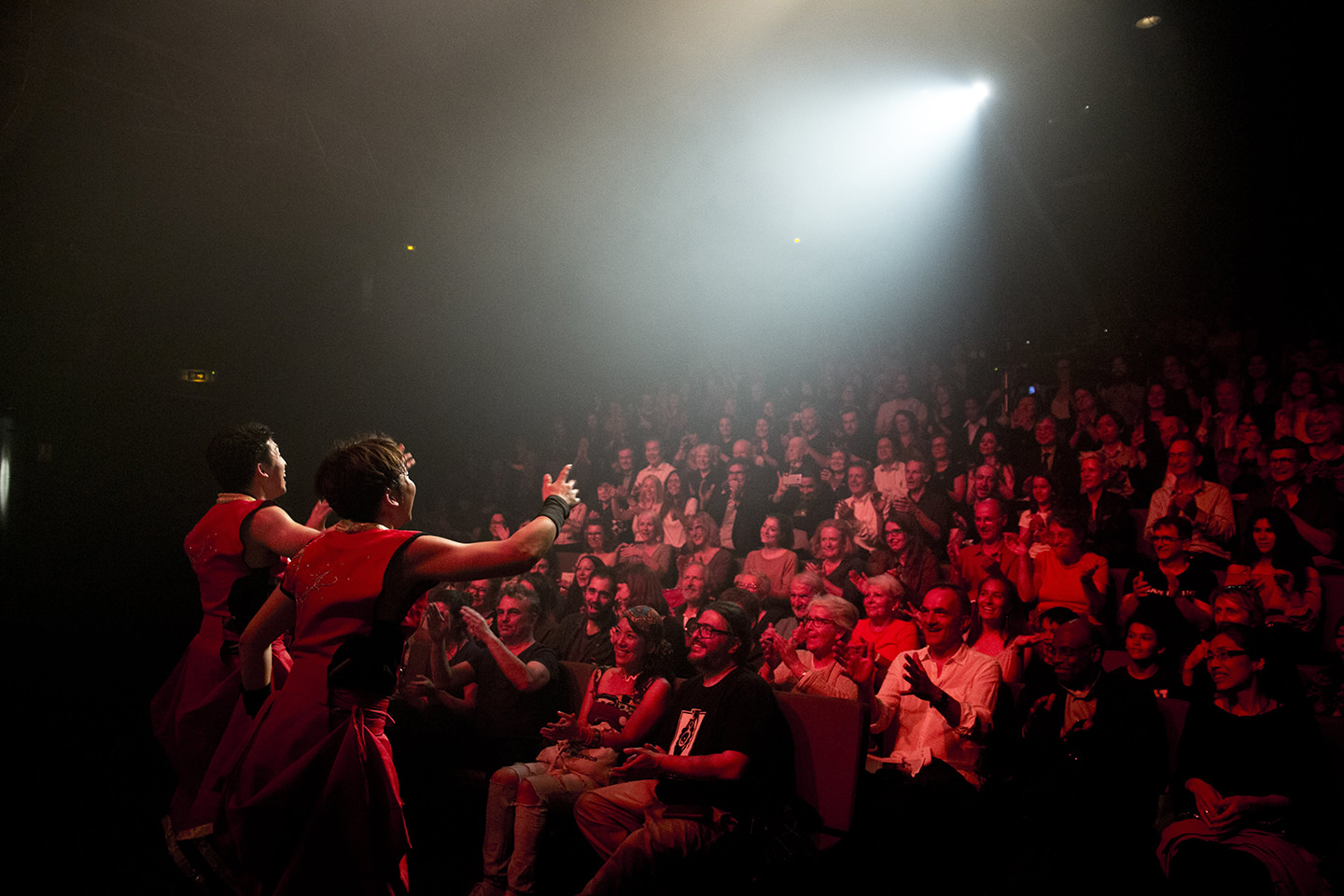 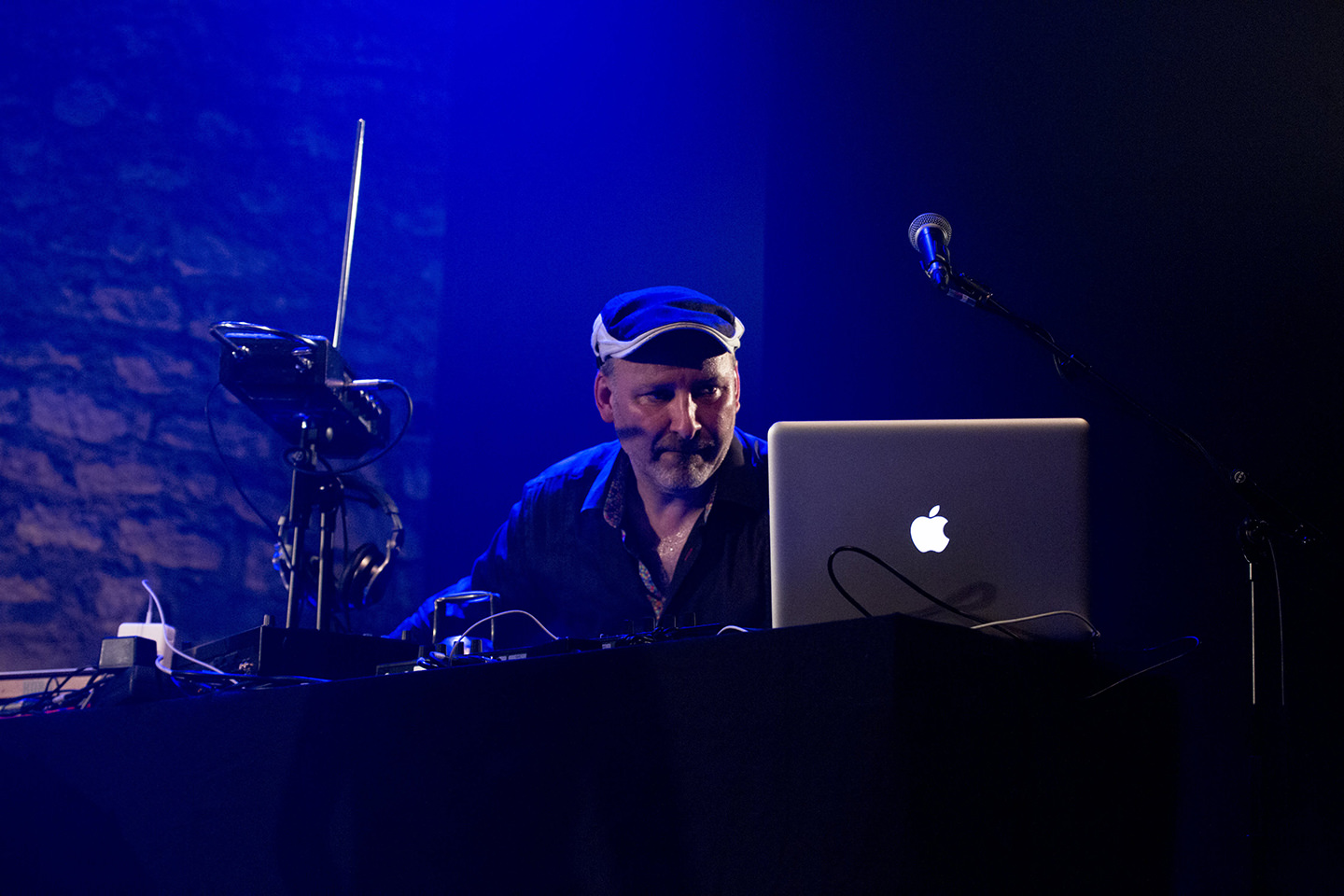 Impressions from the audience included:

“The performance included an overwhelmingly high level of skill, completely different from other traditional Japanese concerts. The performance, rhythm and atmosphere all transcended the Japanese music culture I knew. It was really incredible.”

“This was the first time I saw a Japan Marvelous performance—consider me a fan. The fusion of acoustic and electronic elements was a surprising twist, and I’m so happy that I was able to attend on this amazing occasion.”

“I got so much energy from the show. I want to live my life in a way that goes beyond my preconceptions, summoning the power of today’s performance.”