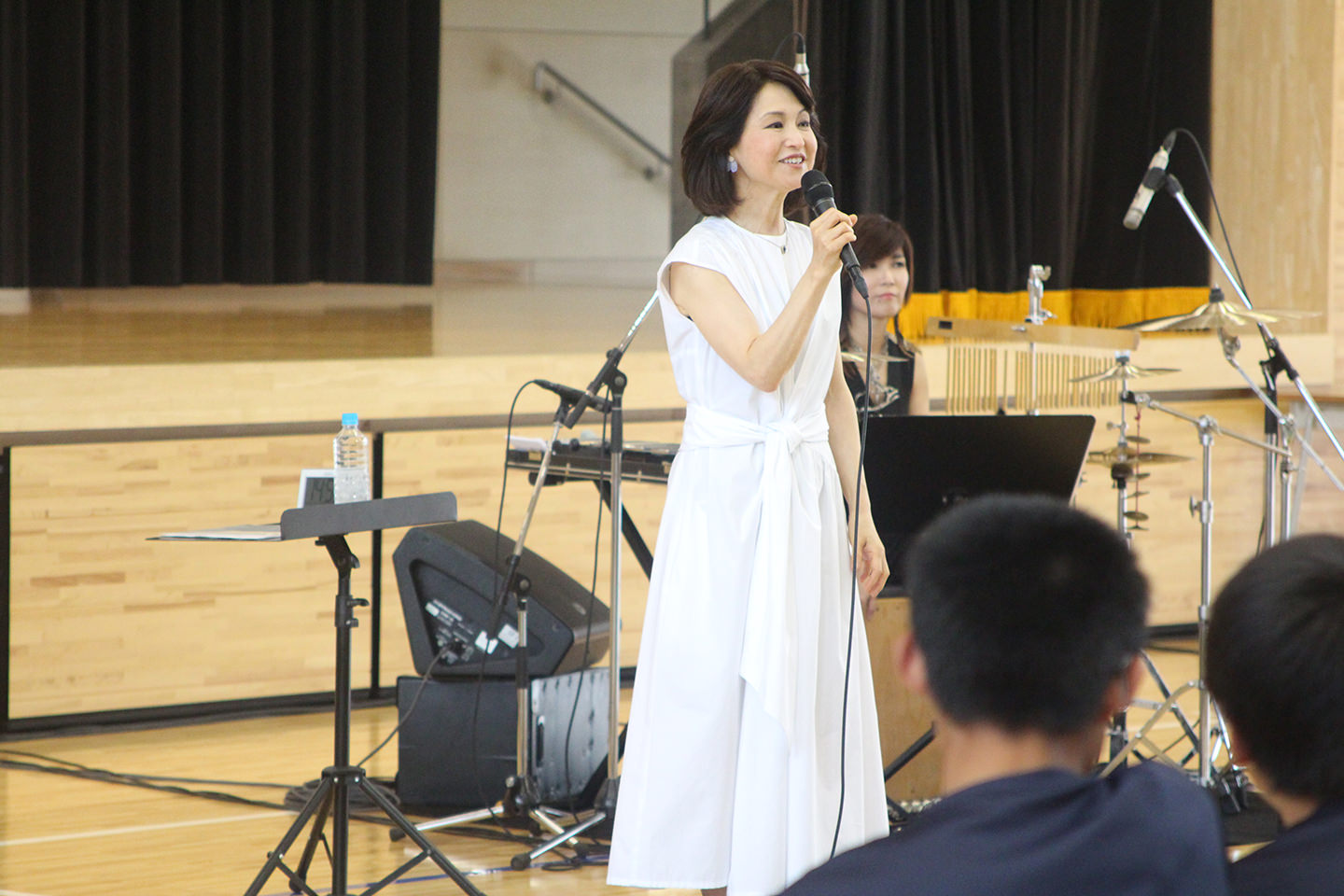 Takata-higashi Middle School campus stands on a hill overlooking the “Miracle Pine” tree and Hirota Bay. It was built just three years ago and features curving roofs that blend into the ridgeline of the surrounding mountains.

The concert began with Hitomi–Genki Tokai No Himawari and an exciting rendition of Silent Eve. Many students wiped away tears at Aisurukoto, which was written after the Great Hanshin earthquake in 1995.

The students learned the lyrics to the song Yubae especially for this occasion and sang in beautiful harmony with Ms. Karashima. Then, everyone at the performance held the hand of the person next to them to sing Te Wo Tsunago, Hitori Bocchi Jyanai (Hold My Hand, You’re Not Alone), and the accompanying choreography instilled the venue with peace.

The concert ended with a specially arranged version of Takata-higashi Middle School’s song, sung by everyone in attendance. A young male student gave a speech expressing his gratitude, saying, “Today was the first time I met Ms. Karashima. I was truly moved by her performance. Silent Eve and the other songs were all incredible. Thank you for today.”

A male student interviewed after the concert also said, “I’m so happy that we could sing together today with Ms. Karashima. I think a lot about the earthquake in 2011. Ms. Karashima showed us that she has been thinking about the Tohoku earthquake too, and she gave us courage at today’s concert. I want to invigorate Tohoku, just like she has.”

The Tohoku Hope Concert in Rikuzentakata, a city progressing steadily towards reconstruction, showed everyone in attendance music’s “power of encouragement.” 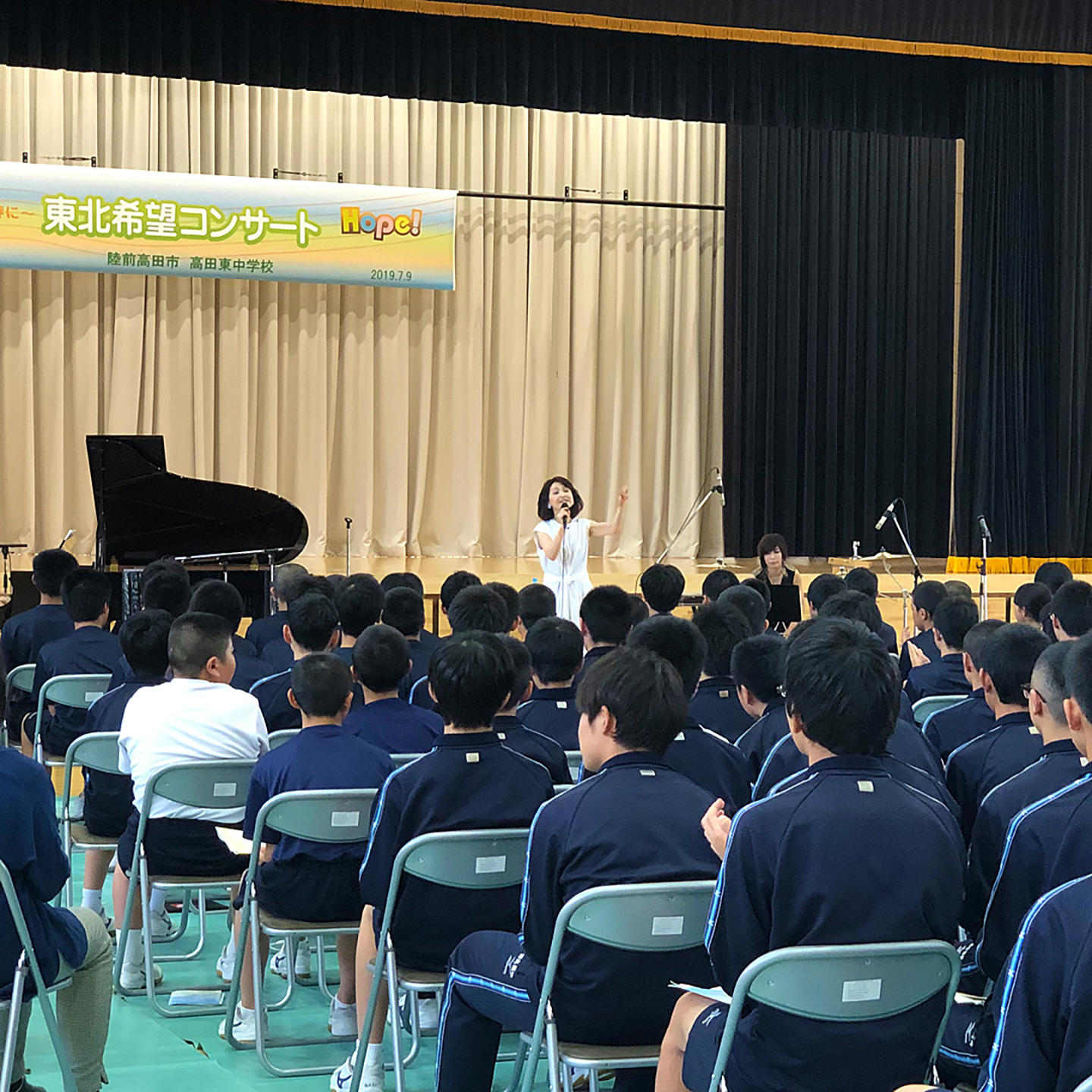