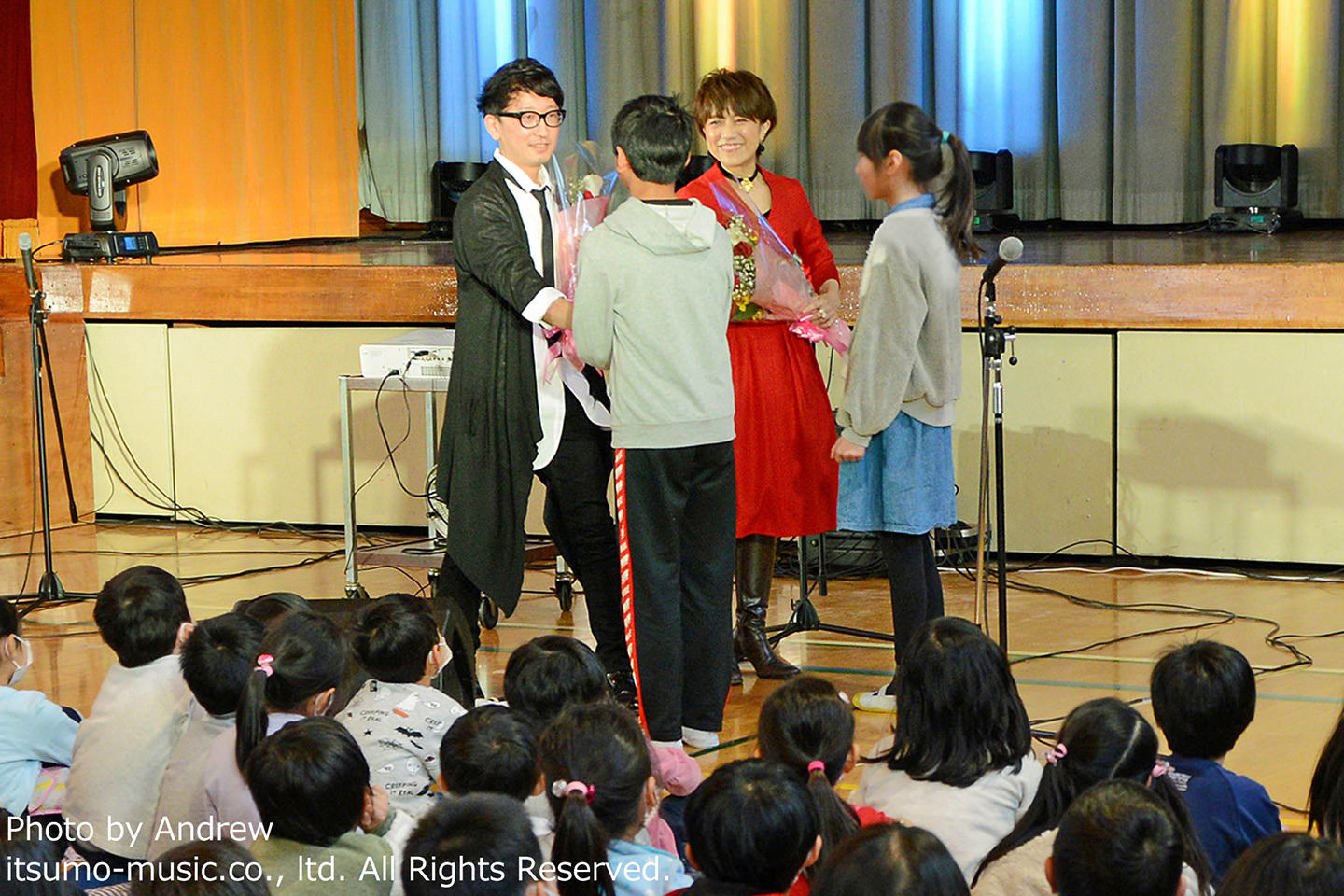 On January 16, a Min-On School Concert by pop duo Cousin was held at Urashima Elementary in Yokohama.

During their hour-long performance, they performed both original songs and a medley of songs from around the world. The duo, who are ambassadors of friendship for Uganda, also performed The Pearl of Africa, a song composed in collaboration with Ugandan children.

As a surprise, Cousin prepared an arrangement of Urashima Elementary’s school song, to which the audience sang along. The audience enjoyed the Cousin concert immensely! 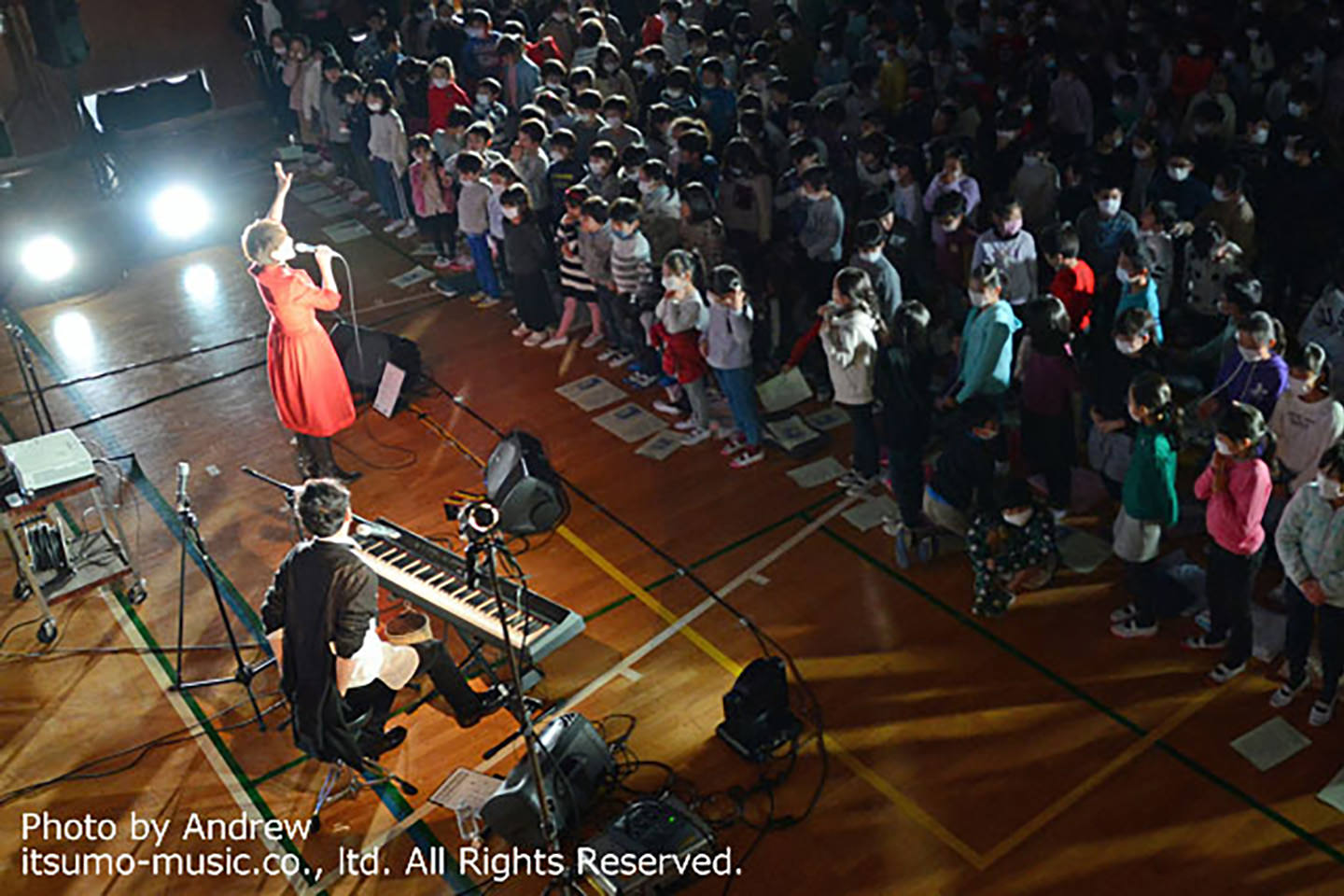