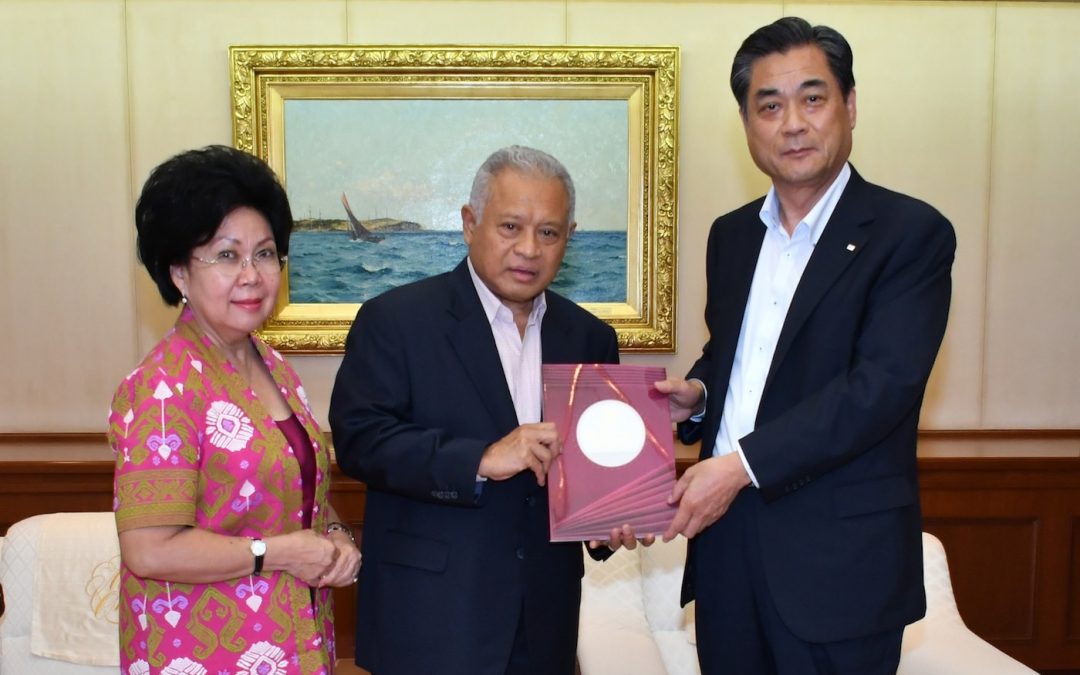 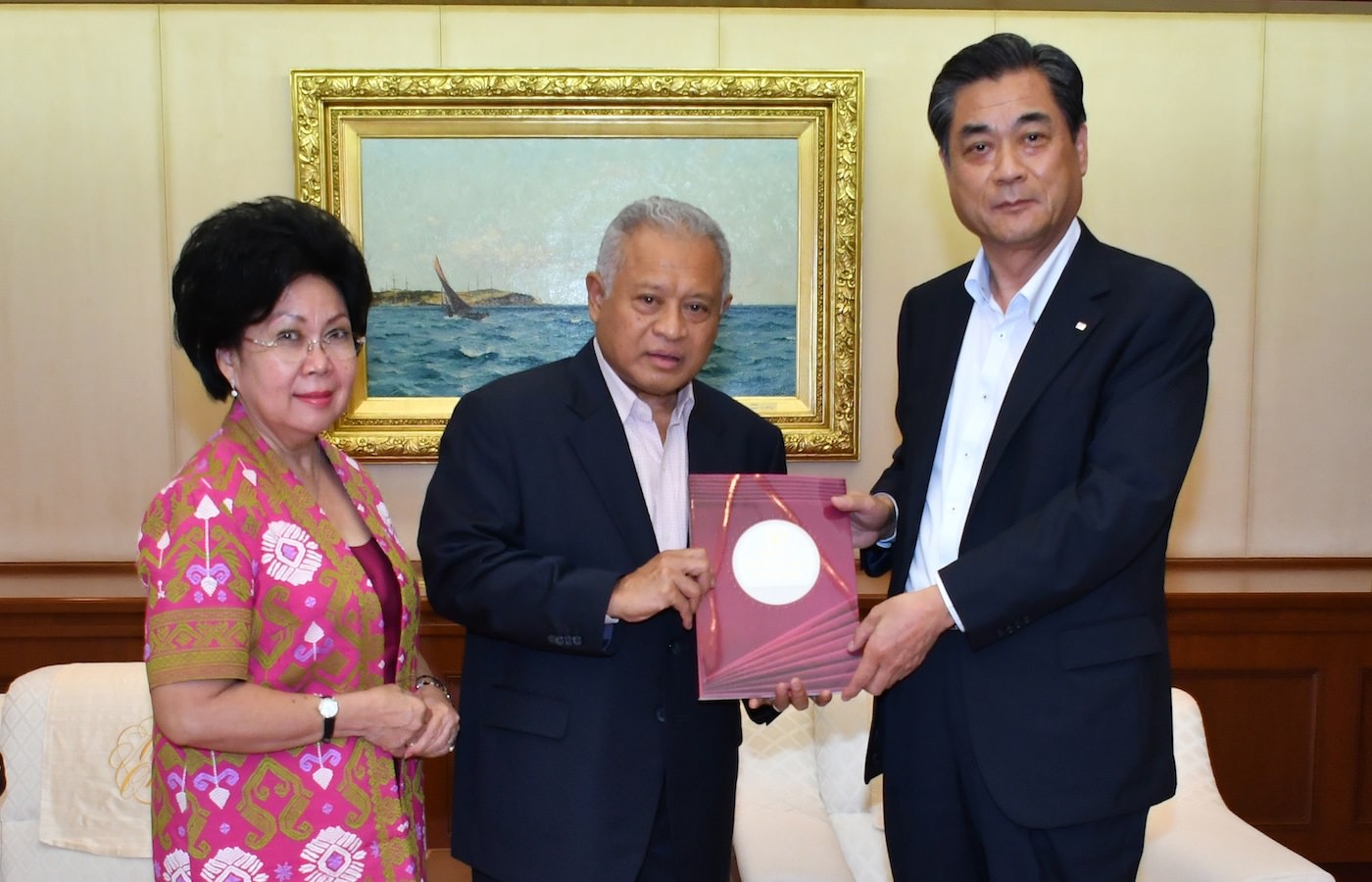 Former Indonesian Minister for Defense Purnomo Yusgiantoro and his wife,Filda Yusgiantoro,visited the Min-On Culture Center on the August 24, 2018.During discussions, the ambassador emphasized that culture and the arts are indispensable in strengthening friendly relations between countries.

He also mentioned the Min-On dispatch performance held in Indonesia at the beginning of August this year, which had significance as the 60th anniversary of establishment of diplomatic relations between Japan and Indonesia. He voiced his desire to continue to strengthen friendly relations between the two countries through Min-On’s support.

After their talks, the two guests from Indonesia visited the Min-On Music Museum.