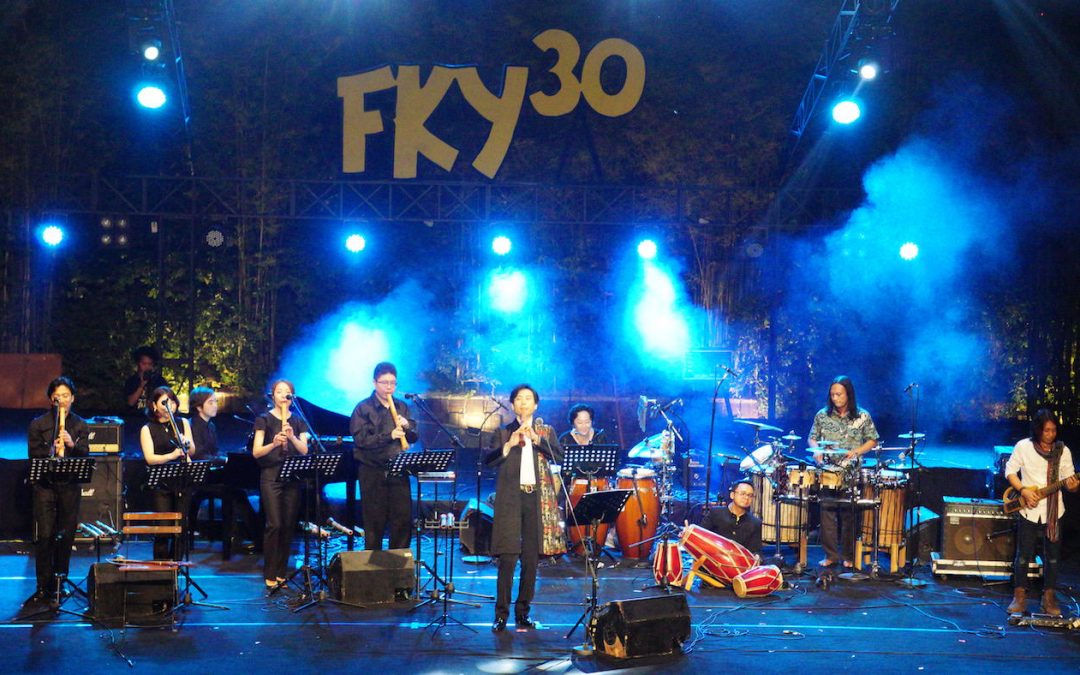 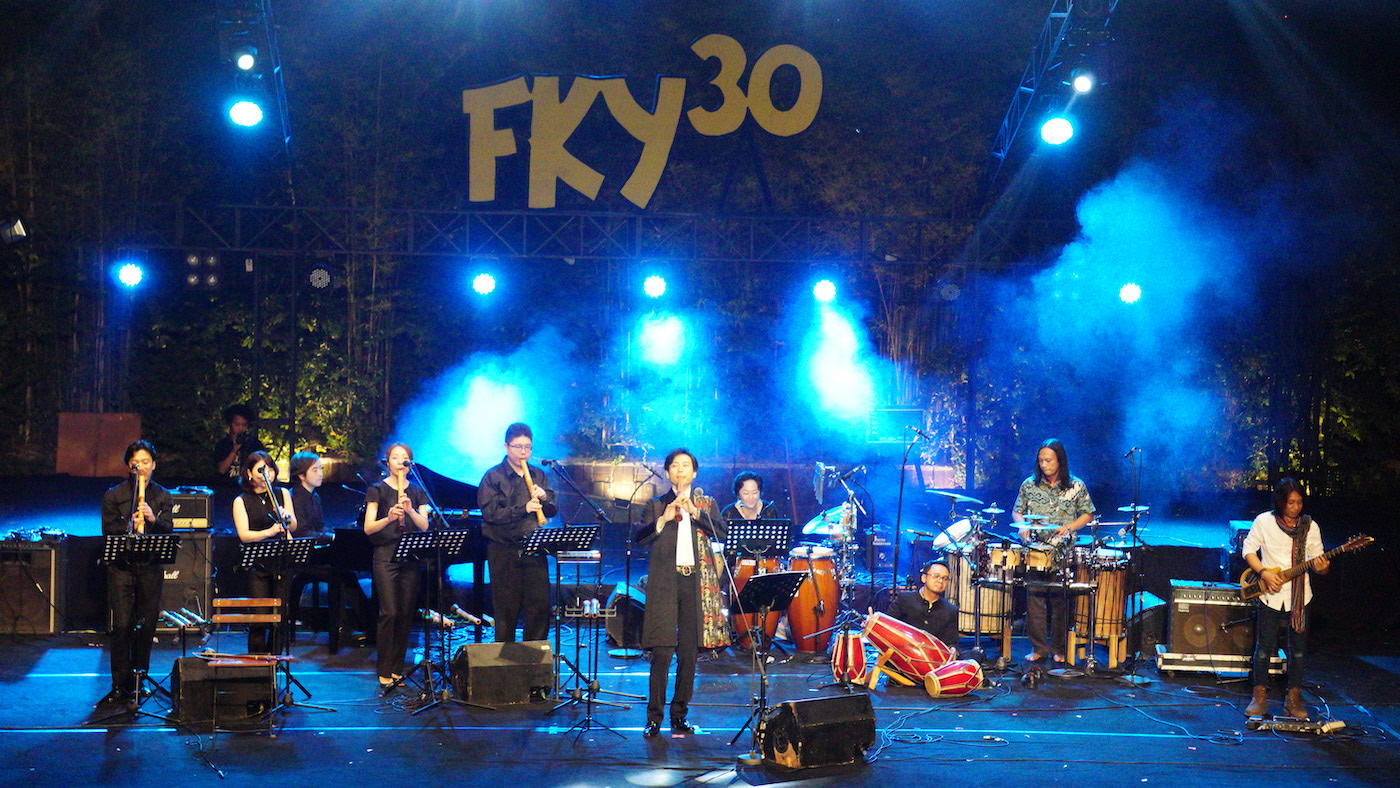 This event was held as a fifth major turning point for the Min-On Global Music Network, and in celebration of the 60th anniversary of establishment of diplomatic relations between Japan and Indonesia. Events were held twice in the capital of Jakarta and once in Yogyakarta. The Min-On also participated in the annual Yogyakarta cultural celebration, Yogyajarta Art Festival, for the first time.

On the first day, August 4, a performance from the Japanese artists was held on the main stage at the Jakarta Art Building. The Japanese Ambassador to Indonesia, Masafumi Ishii, and his wife, Sayoko, were in attendance, as well as the ambassadors from France and Spain.

On behalf of the Indonesian government were Minister Yohana Yambise, an advocate of women’s rights and minister for children’s welfare, and Surat Indrijarso, the President’s Head Advisor and Deputy Chief Cabinet Secretary. In addition, former Minister for Defense Purnomo Yusgiantoro, who visited the Min-On Museum last month, University of Indonesia Dean Muhammad Anis as well as hundreds of government, education and cultural figures came to celebrate this huge event.

The concert began with a shakhachi solo from Dozan Fujiwara. Three shakuhachi players then played their flutes from three spots within the venue, creating the true echo of shakuhachi—a traditional sound known as “the crane’s nest.” Entering the latter half, Indonesian national songs and songs by Mayumi Itsuwa—that somehow, all Indonesian people seem to know—including Kokoro no Tomo (My Soulmate)—were played alongside original compositions by Dozan Fujiwara. The atmosphere was rife with excitement.

The final performance at the Yogyakarta Art Festival was held on the main outdoor stage. It began at 10:30 PM and by 11:30 PM the nearby shops were almost empty. However, about 500 young people remained at the outdoor stage. As they returned to their tents, all the staff stood and applauded them warmly, creating a moving finale to the concert.