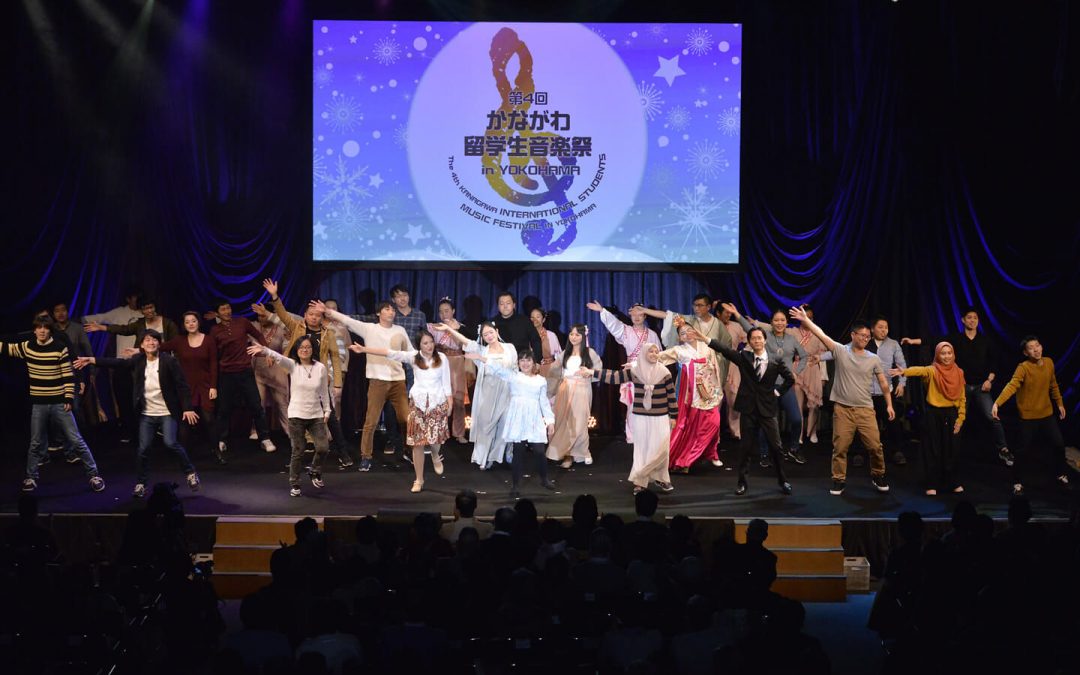 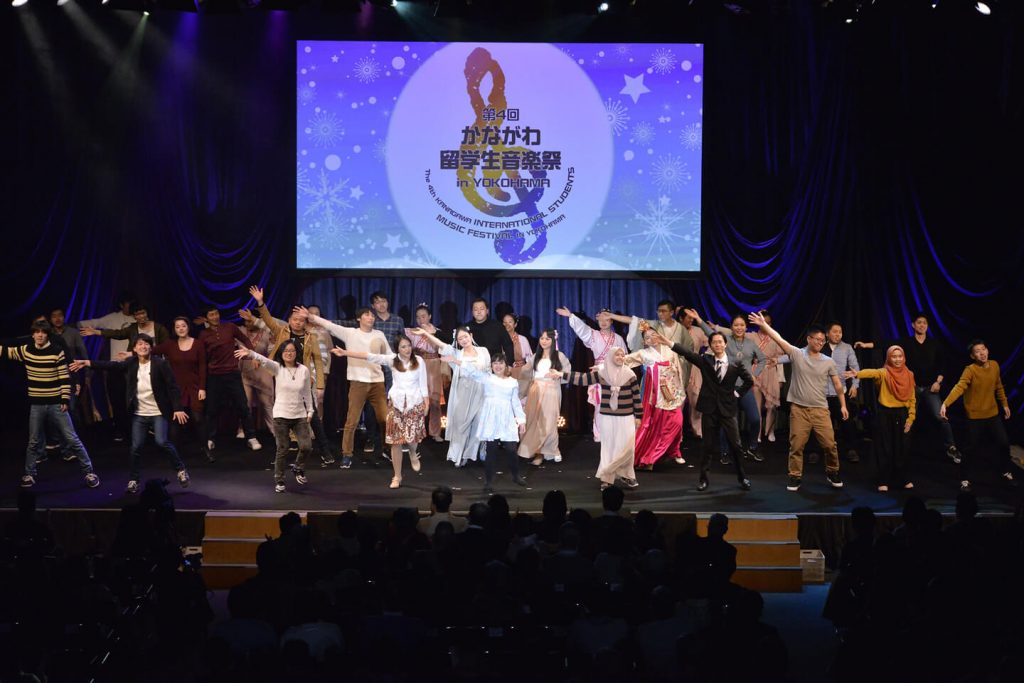 Kanagawa Foreign Student Music Festival, co-sponsored by the Yokohama Arts Foundation, was held at Shintoshi Hall in the harbor city of Yokohama on December 2, 2017, marking the 4th festival held in Kanagawa prefecture. However, since the inaugural festival in 1989, the Foreign Student Music Festival has become a well-established tradition in the Kansai area for nearly three decades. Emphasizing the value of international students as future leaders of their countries, the festival has welcomed students studying at universities and colleges in Japan to present traditional dance, music and song from their respective cultures and ethnicities. The festival’s aim is to create a worldwide network of friendship and goodwill for the future of our world.

In 2017, the festival was held both in Osaka and Yokohama on the same day, and over 100 students from 14 countries and territories presented a variety of musical performances enjoyed by the capacity audiences, including ambassadors and diplomats from five countries. A student from Indonesia who played the piano at the Kanagawa festival remarked that she made many new friends through at Foreign Student Music Festival, further expanding international friendships in Japan and worldwide.