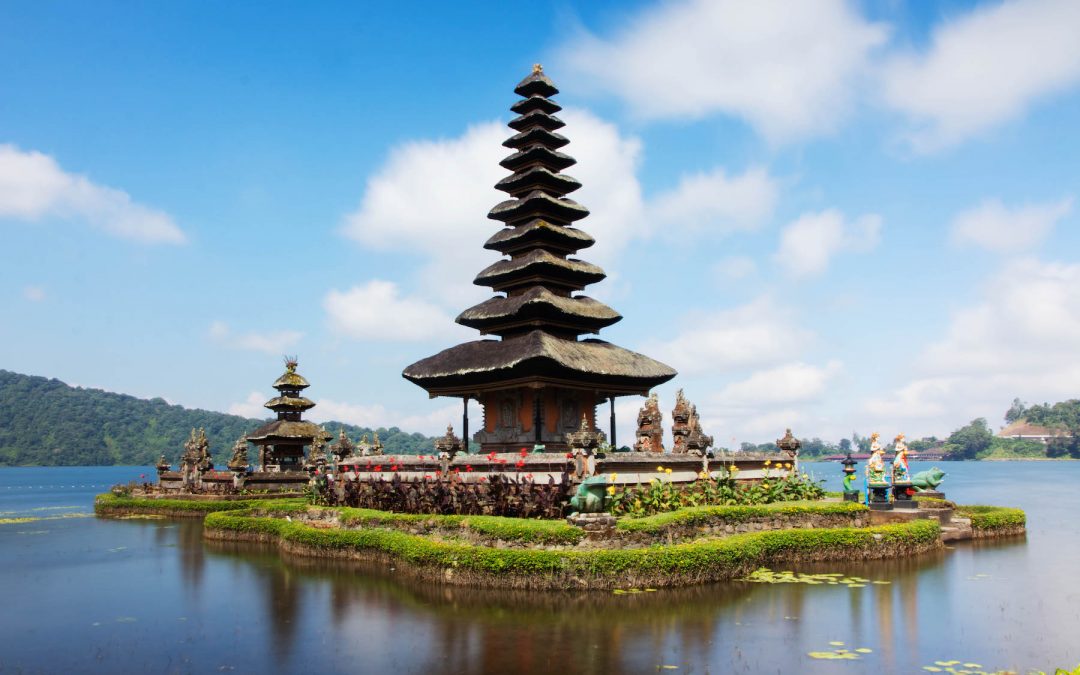 Welcome to Min-On’s Music Journey! Today, the Min-On Concert Association and Embassy of the Republic of Indonesia in Japan welcome you to Indonesia, a country near the equator in Southeast Asia. 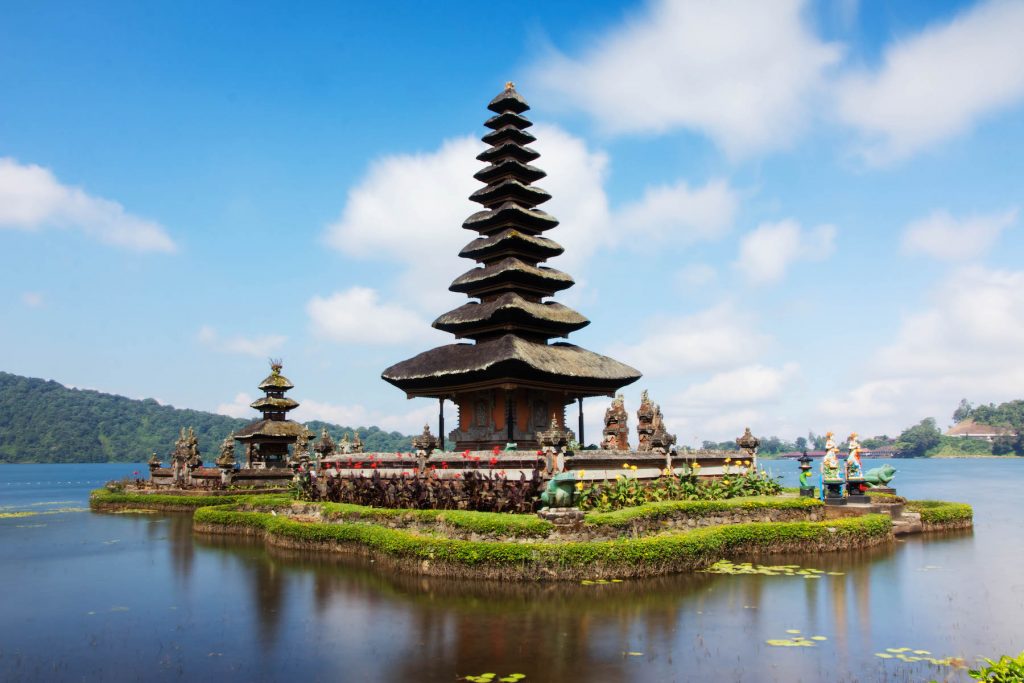 Indonesia is the world’s largest island nation, consisting of 16.766 islands that span 5.000.000 sq km (land and sea) east to west. Members of nearly 500 ethnic groups live on 9,000 of these islands, and the country’s total population exceeds 270 million.

Thank you for joining us today for a tour of three of Indonesia’s many islands: Sumatra, Java, and Bali.

To begin our journey, please enjoy this rhythmic and invigorating performance of Gemu Fa Mi Re from the Japan-Indonesia joint a cappella concert organized by Min-On in 2016.

Java has two main cities: Jakarta, the modern capital, and the ancient capital of Yogyakarta, where cultural ties to the royal palace remain strong.

The capital of Jakarta is a massive city lined with cutting-edge high-rise buildings that serve as a symbol of Indonesia’s connections to the world. This economic center welcomes many business travelers and also includes attractions like the national museum, with cultural heritage on full display, and the theme park Taman Mini Indonesia Indah. 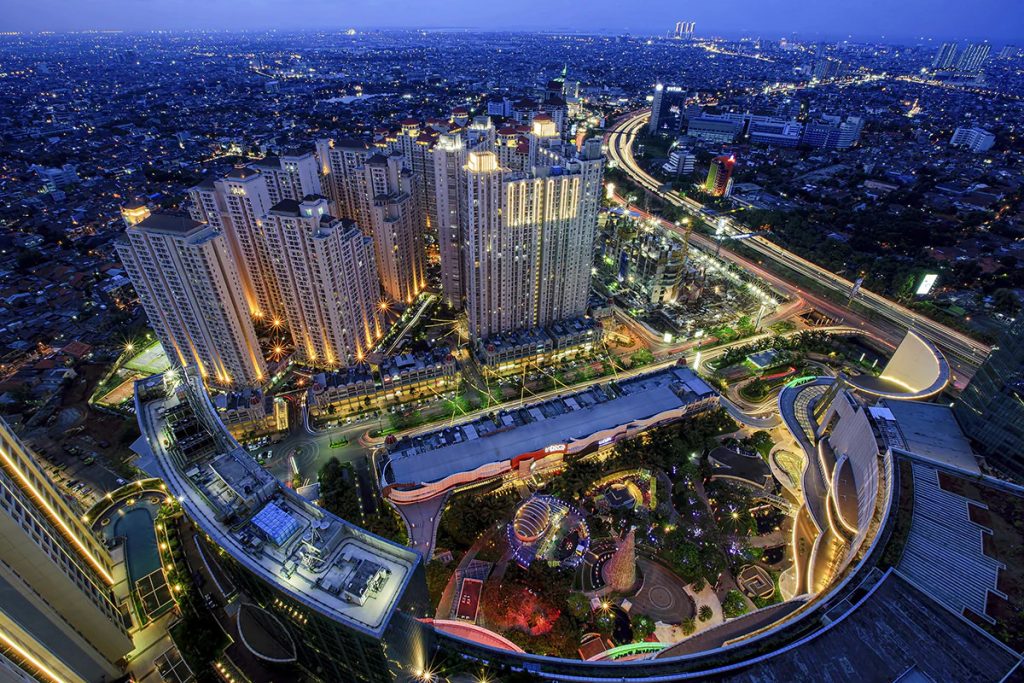 In Jakarta’s world of music, the Java Jazz Festival is famous for being Southeast Asia’s largest music event, held every year in the first week of March. The event held over three days features musicians from around the world. It’s a special experience that shows visitors an exciting side of Jakarta. 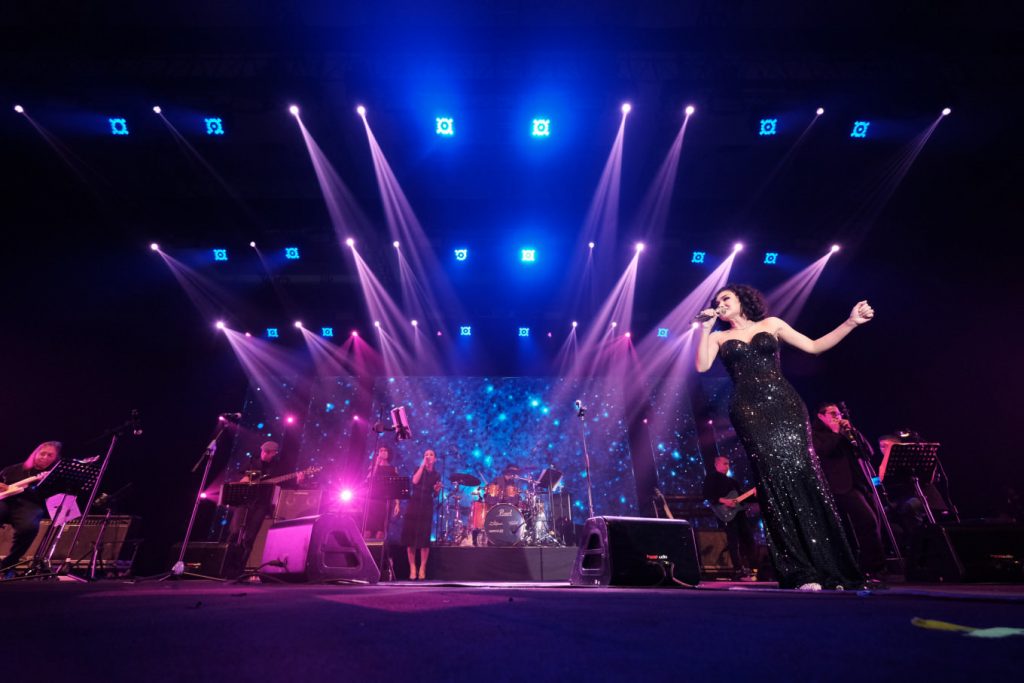 Buddhism and Hinduism have long flourished on the island of Java, which has a history dating back to before the common era. Yogyakarta in particular is known as Java’s cultural cradle, featuring many world heritage-listed historic ruins.

For example, Borobudur, built around the 8th century, is the world’s largest Buddhist temple with many murals and Buddhist statues considered to be masterpieces of Buddhist art. It has become Indonesia’s number one sightseeing spot, partially due to historic records detailing how it “laid dormant beneath the earth for over 1,000 years” due to a volcanic eruption.

At a restaurant in Yogyakarta, visitors can enjoy original cuisine passed down through royal palace traditions. The restaurant Gadri Resto was founded by the Sultan’s brothers and continues to create inherited royal recipes, allowing visitors to enjoy ancient traditional dishes.

Gudeg is a sweet and sour dish made from sweet jackfruit pulp, chicken, eggs, bamboo shoots and other ingredients, accompanied by rice and enjoyed by people of every generation. 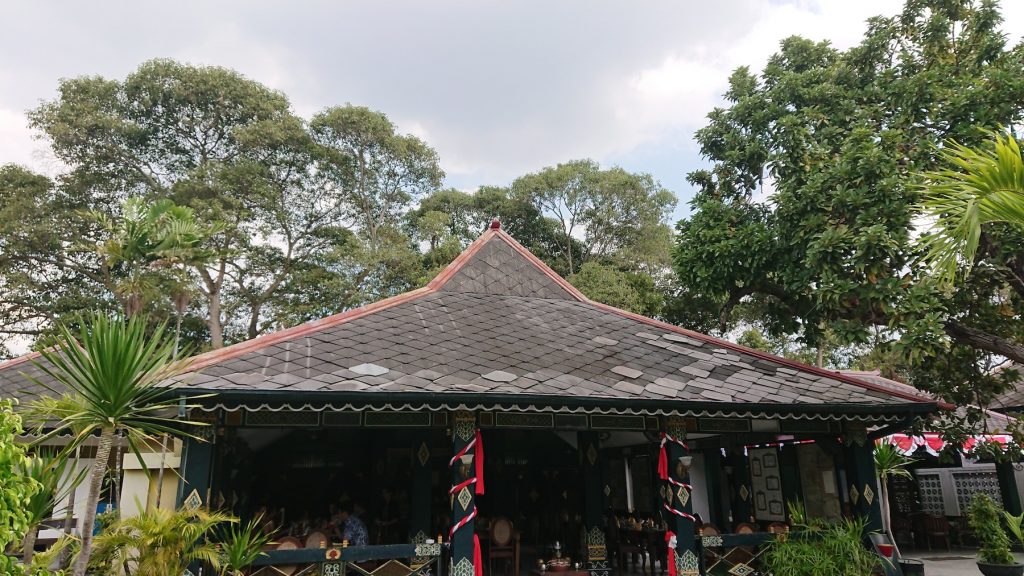 In 2018, traditional Japanese musicians traveled to perform in Jakarta and Yogyakarta through the Min-On Global Music Network. Please enjoy this collaboration between traditional Indonesian and traditional Japanese instruments as they perform “KOCHI (East Wind)” composed by SHAKUHACHI player, Dozan Fujiwara.

Bali: the island of the gods

Bali is a popular resort area full of boutique shopping and leisure areas, spas and many other attractive locations. However, as a traditional region with culture rooted in Hinduism, Bali’s history and cultural background should also be experienced to truly understand the island.

A large drum called a kendang provides the main sound of gamelan, alongside xylophones, trombones, flutes and other musical instruments to create a harmony that resonates in scale and pitch. The sound of gamelan resembles the murmuring of a river with a healing power that brings peace.

Alongside music, dance has great cultural importance in Bali. Popular dances include legong, with graceful bodily expression that intersects dramatically with powerful, sudden movement, and kecak, a dance featuring men dancing in a circle while singing. Both dances originated as rituals to ward away evil spirits and disease. In the modern era, they are appreciated as art forms. 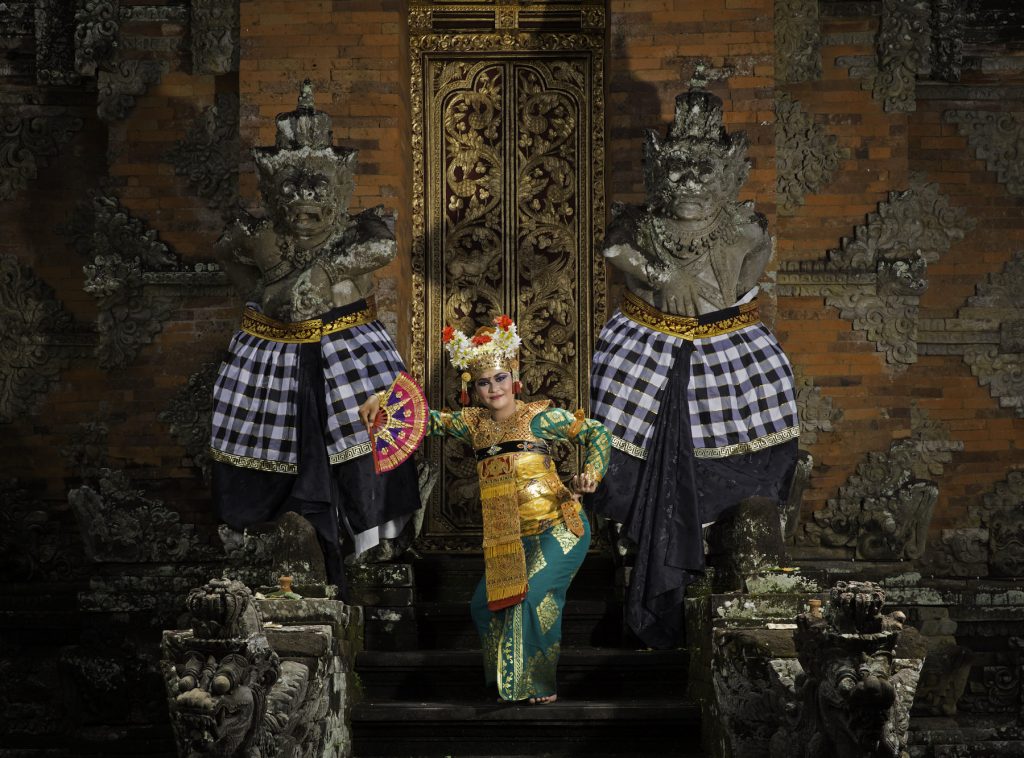 Sumatra: an island of magnificent nature

The forests of Indonesia represent 10% of the world’s remaining tropical rainforests, and the island of Sumatra is a treasure trove of natural beauty. The three national parks on the island are all listed as world heritage sites, including Mount Leuser National Park, where visitors can trek through impressive, powerful jungle scenery.

Places on Sumatra like Lake Toba, the largest lake in Southeast Asia, and Bukittinggi, a city with sprawling, abundant nature, also offer opportunities to escape the humidity and crowds to relax.

Indonesia’s capital of Jakarta has large shopping malls including major brand and boutique shops where popular items can be found. But for a souvenir with a more Indonesian flavor, how about choosing a piece of clothing made from batik or another item from the main street of Yogyakarta?

Batik is hand-dyed cloth created one piece at a time using wax in many different patterns. Originally batik was used for formal occasions including weddings, but there has also been surge of casual styles and designs. Today, batik is regularly used in school and official uniforms.

To conclude our journey, we would like to introduce musicians recommended by the Embassy of the Republic of Indonesia in Japan.

What did you think of your music journey to Indonesia? There are still many more places to go! Please look forward to our next destination. 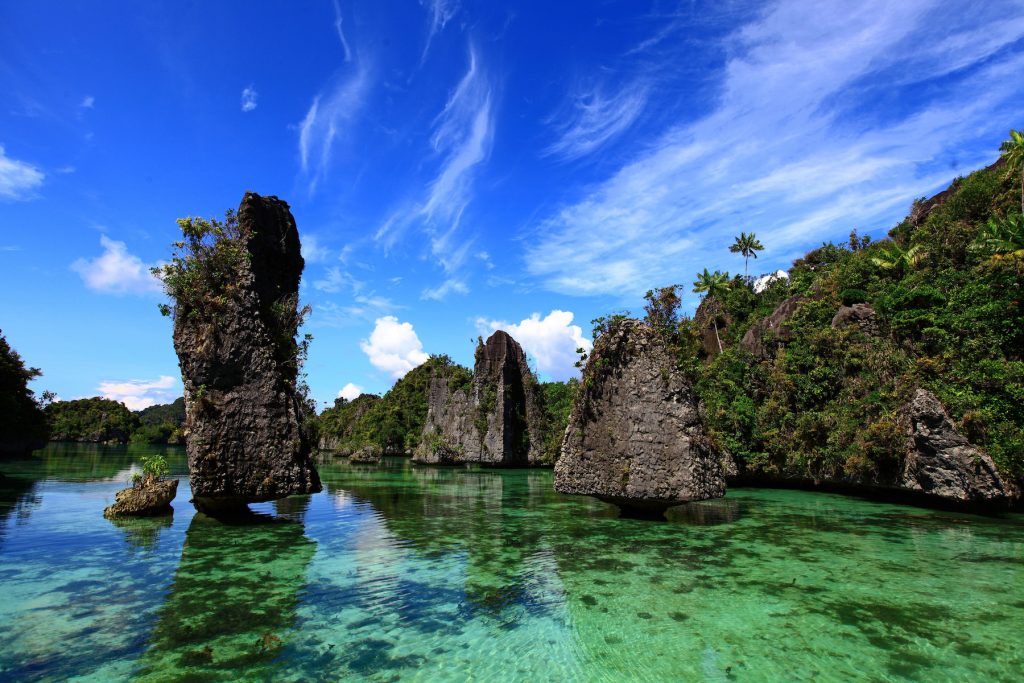 (Produced in collaboration with the Embassy of the Republic of Indonesia in Japan, who also provided photos.)