INSPi and Jamaica Café Collaborate for Joint A Cappella Performance 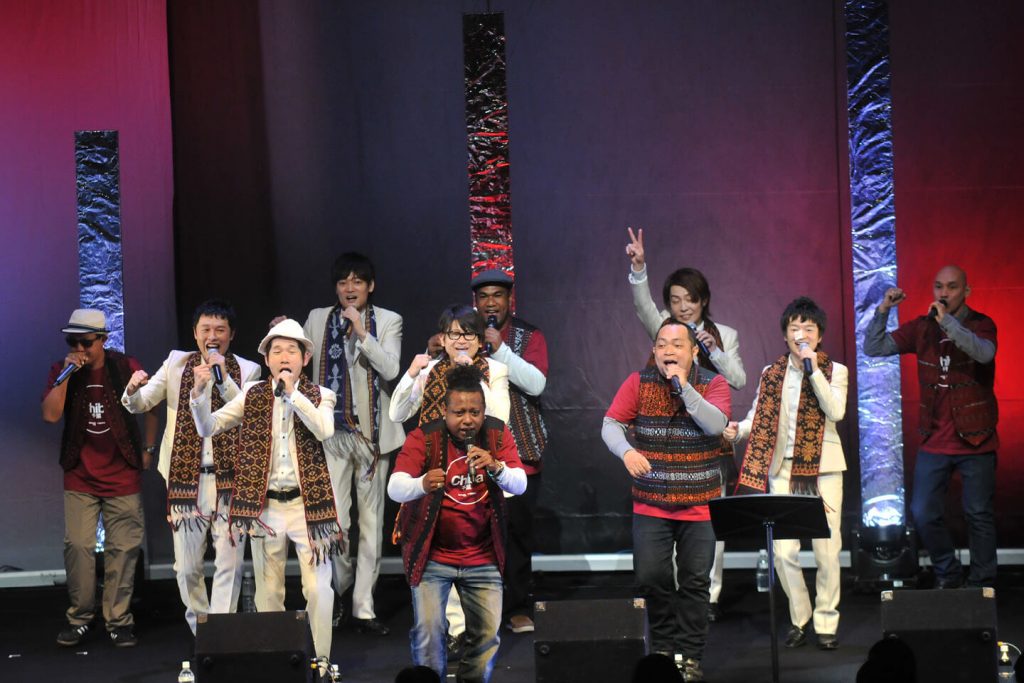 A Cappella is the musical term that describes a genre of music, specifically solo or group singing without any musical accompaniment. An a cappella singer once told us in an interview, “What fascinates me about a cappella is that it’s music made by nothing more than the human voice.” They continued to say, “Singing is the first music that humankind experienced, the voice was the first musical instrument; it is given equally to all human beings, regardless of their individual differences. Therefore, vocal music is particularly good at connecting people and touching people more naturally than musical instruments.”

The Japanese popular vocal group INSPi—an a cappella group consisting of six male singers—has taken to the stage in the Min-On School Concert Series, including a series of the Tohoku Hope Concerts held in the Tohoku region after the Great East Japan Earthquake and subsequent tsunami in 2011, to encourage people in the area through their beautiful harmony and dynamic vocal performance.

Jamaica Café is the longest running a cappella group in Indonesia, established in 1991 by a group of friends at Gonzaga High School in South Jakarta. The name Jamaica Café was selected as a salute to Jamaica, the home of reggae—the genre of music they loved to sing at the time. Café refers to the high school canteen where they often gathered after school to jam.

These two a cappella groups collaborated onstage in 2015 at a concert in Indonesia after the Sumatra earthquake. Min-On invited both groups again for a series of joint a cappella Concerts entitled “Voices Sing in Harmony Connecting our Hearts,” held across five cities in Japan in mid-March, featuring a wide-ranging repertoire of jazz, reggae, classics and pop—as well as each group performing the other country’s folk songs. Their vocal artistry and sensitive, harmonious a cappella performance created a deep heart-to-heart connection with the audience at every venue.