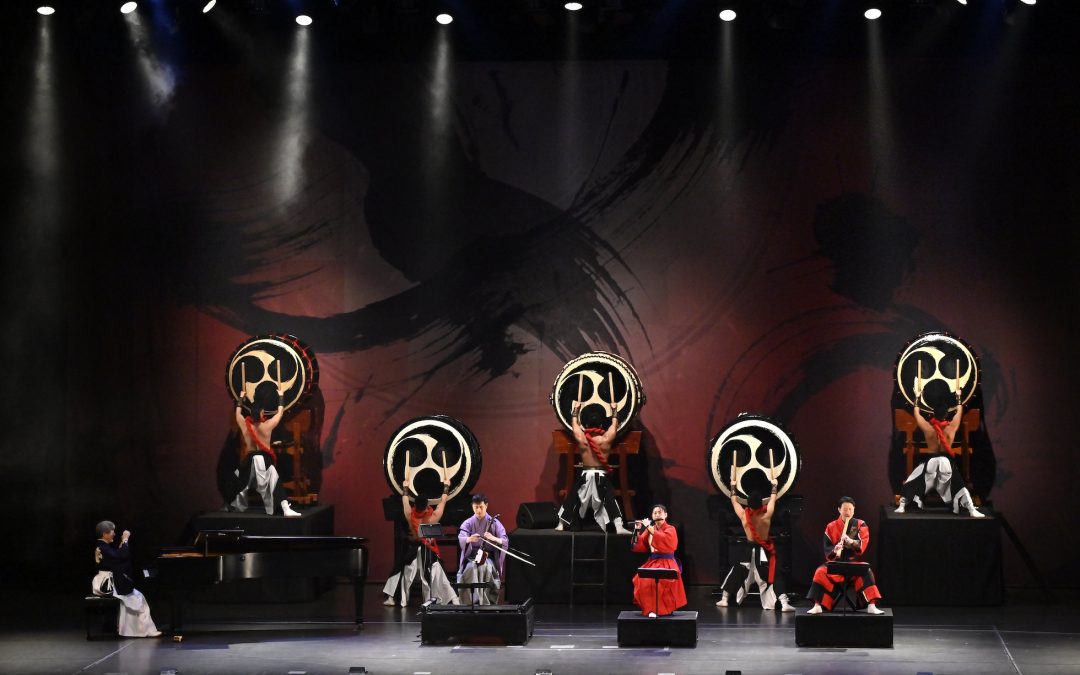 On February 9, the Maidaiko Asuka-Gumi, a traditional Japanese drum troupe, performed at the Nakano Sunplaza Hall in Tokyo. Ambassadors and embassy officials from diplomatic missions of 40 countries joined a general audience attending the concert. 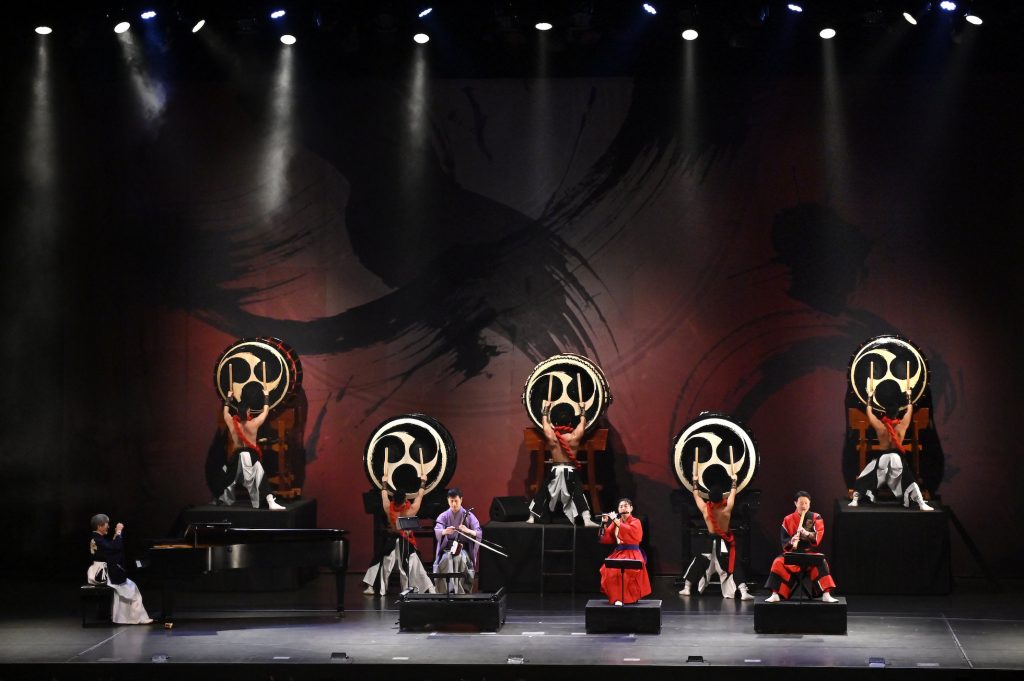 Maidaiko Asuka-Gumi was founded in 1990 by Daigoro Aska, an authority on traditional Japanese dance and drums, with the troupe invited to tour 21 countries and territories, including China, Egypt, France and Russia, to date. 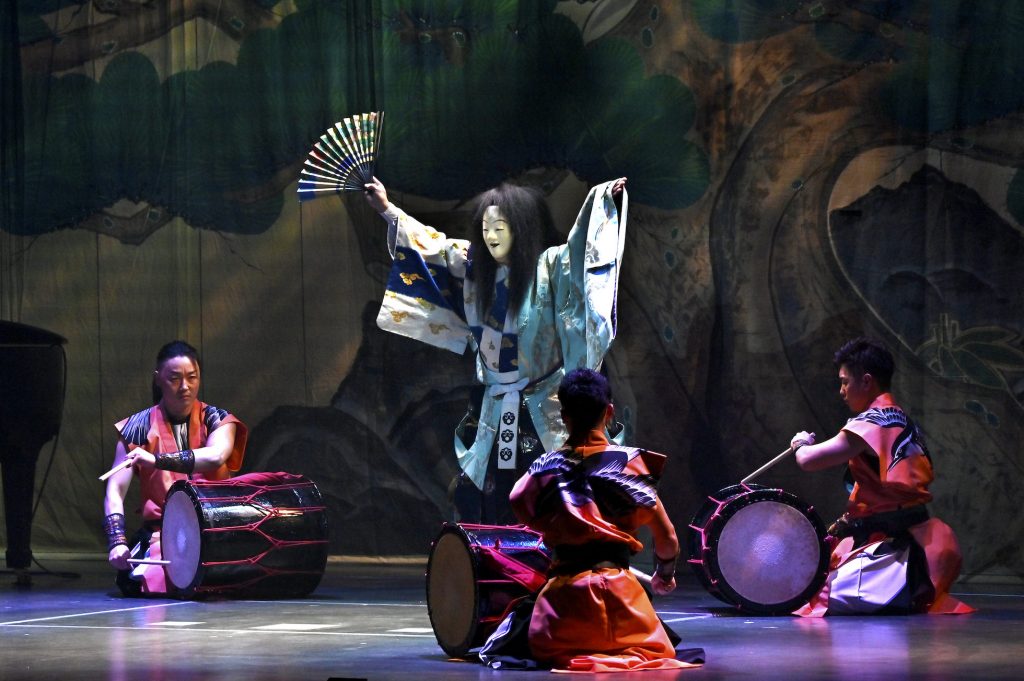 The troupe’s latest concert featured such compositions as “Shunrai,” or “Spring Thunder,” with taiko drums jousting with the three-stringed shamisen in frenzied riffs. This was followed by scores from a variety of other traditional instruments, among them melodic performances by the transverse shinobue flute, shakuhachi flute and 13-stringed koto, along with duets between the four-stringed kokyu fiddle and western piano. 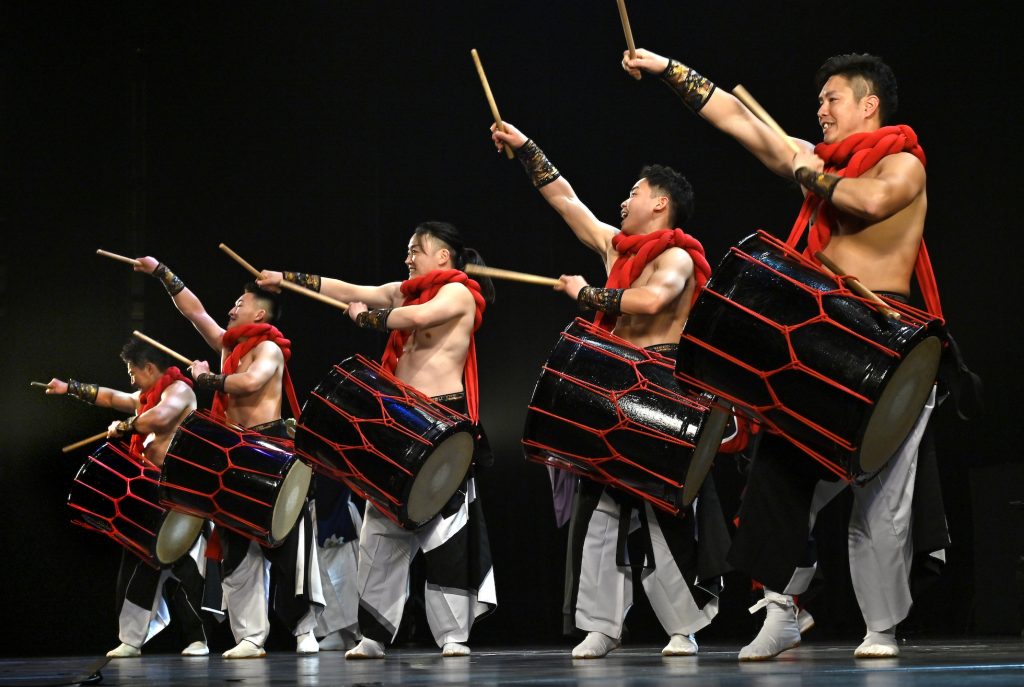