Peacebuilding through the Indelible Power of Music 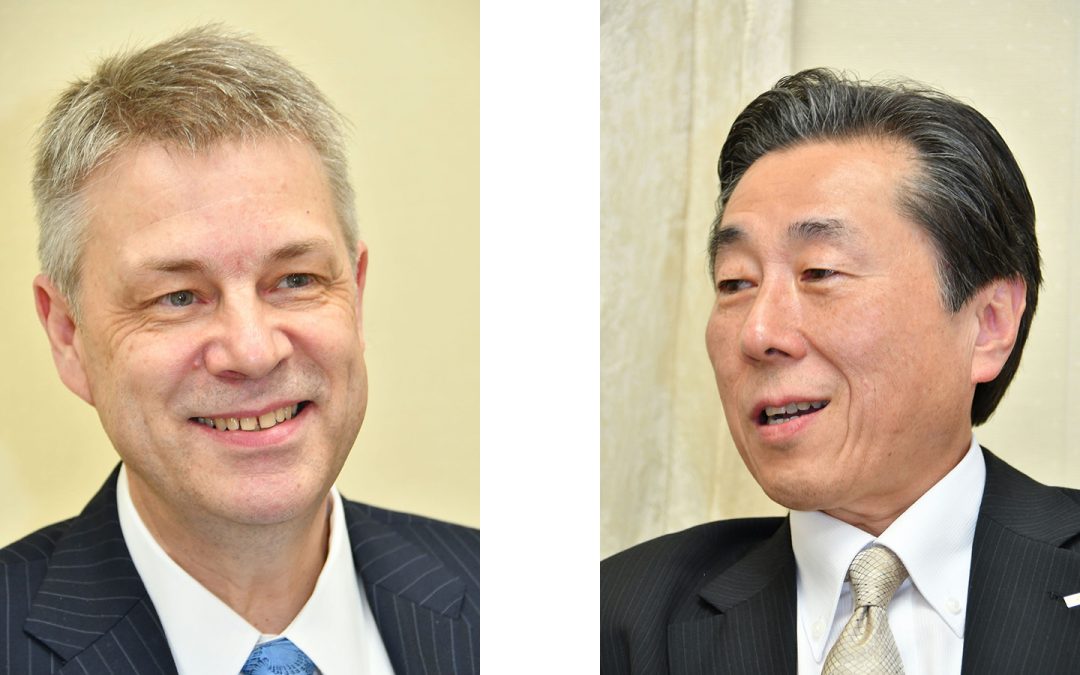 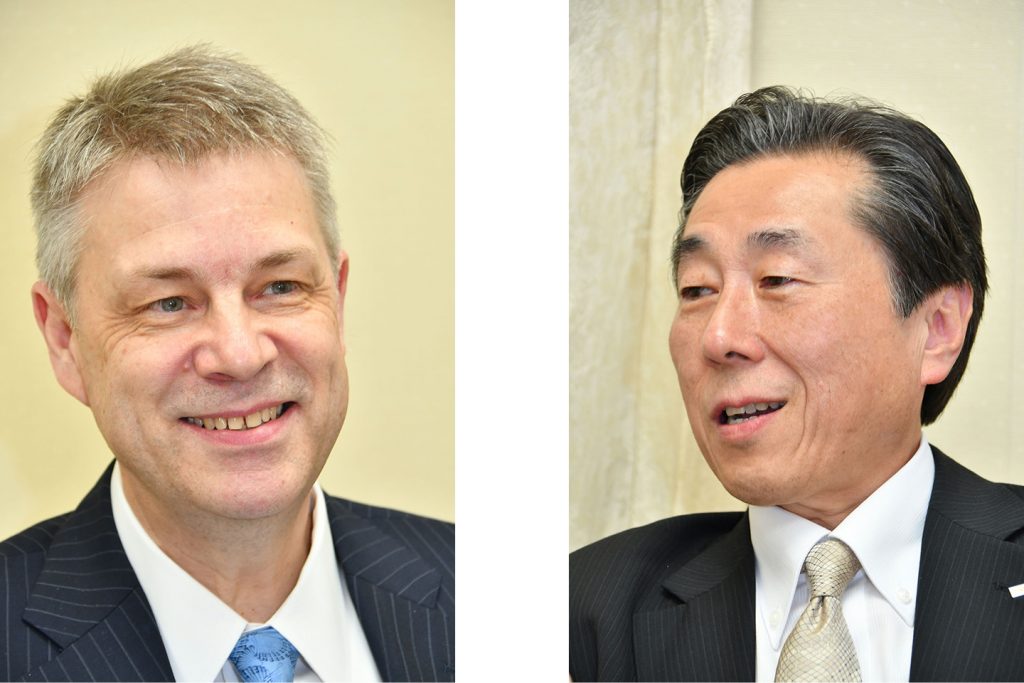 Dialogue Between Kazuto Ito, President of the Min-On Concert Association and Olivier Urbain, Director of the Min-On Music Research Institute

President Ito: First and foremost, as newly appointed president in 2017, I would like to take this opportunity to extend my thanks to the contributors and sustaining members of the Min-On Concert Association for their tireless support over all these years.

Director Urbain: I was also appointed as the director of the Min-On Music Research Institute (MOMRI) this year and I sincerely appreciate the honor. I was born and raised in Belgium and pursued my academic career in America and the United Kingdom. I have been conducting research in the fields of music and peace studies for many years. Since the founding of MOMRI in 2014, together with three other research fellows, I’ve been devoted to pursuing a multidisciplinary investigation of the application of music in peacebuilding activities.

Ito: More than a half century ago in Japan, classical music concerts and theatrical performances were a high society luxury beyond the reach of ordinary people. Under these circumstances, Min-On was born in 1963 to realize the Founder’s vision of establishing a concert association unencumbered by excessive formality and financial burden. Since then, for 54 years to date, we have shared our founding principle with the volunteer members of the Min-On Promotion Committee and the thousands of Min-On Concert Association sustaining members: “The basis of genuine world peace will be formed by the fostering of a mutual understanding through a grass-roots exchange that transcends distinctions of race, nation and ideology. To this end, exchanges in art and culture will be indispensable.” Because of their tireless efforts and a profound understanding of our basic principle to promote a wide variety of significant undertakings, Min-On became the unprecedented global music association that it is today. As a staff member of the Min-On Concert Association for the last 35 years, I have witnessed the power of music to foster friendship and mutual respect through cultural exchange activities. 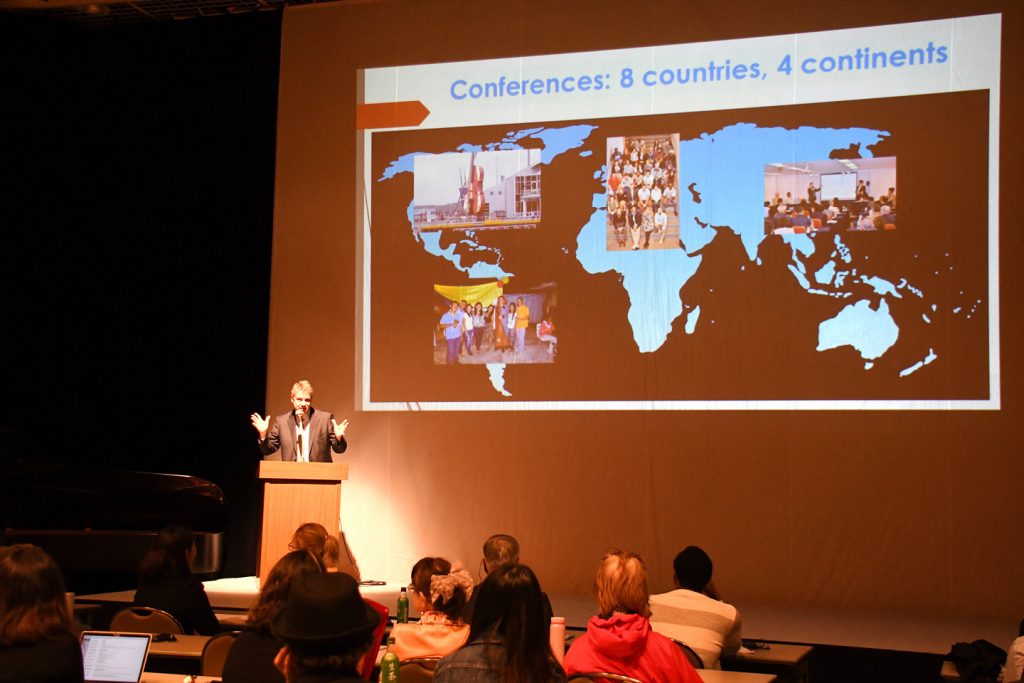 Urbain: My first involvement in Min-On’s undertakings was a symposium sponsored by the Min-On Music Museum in 2013 titled “The Power of Music,” which had the theme of “Music and Peace” and included a panel discussion with Dr. Agnes Chan from Hong Kong, a pop singer and popular TV personality in Japan. Then, later in 2014 the Min-On Music Research Institute was established, and I joined as a Senior Research Fellow while working as director of the Toda Peace Institute. Since my academic career was focused on the field of peace studies, I was so excited to join the research institute and consider on “the application of music in peacebuilding” from various angles. Currently I am exploring the implications of music psychology in peacebuilding activities, concentrating on the direct connection between music and emotion.

Ito: As I mentioned, through thousands of domestic and international concert activities, we have experienced and gained confidence in the power of music to inspire, encourage and heal the hearts of people worldwide—regardless of race or nationality. I can share many testimonials that prove these positive effects stemming from musical activities. I think it is very important to continue related research work to give further academic substantiation to the power of music in our lives.

Urbain: Indeed. Recent studies have proved the positive effects of music and detailed the development of methods, including music therapy, that improve people’s health and mentality. But at the same time, we know that music can also have adverse effects and influence people, leading them in a negative direction. Thus, it is also important to research methods to avoid any negative use of music. Of course, we mainly contribute to intellectual foundations to enhance the effective application of music in supporting peacebuilding activities. 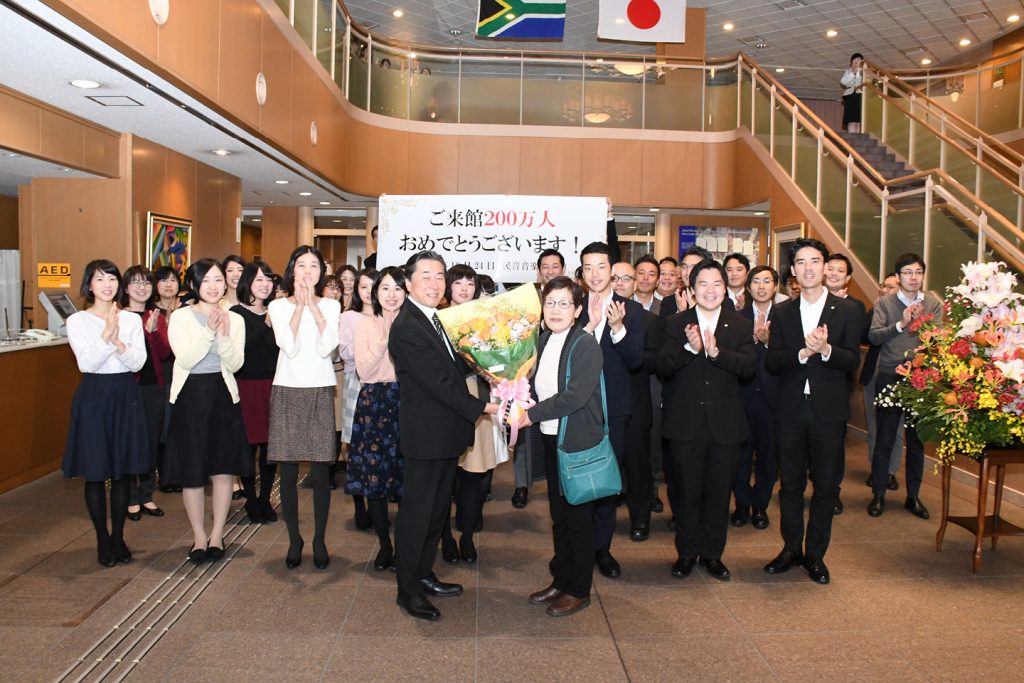 Ito: I will never forget a very personal and moving experience I had in 1990—witnessing the first meeting between Min-On Founder Daisaku Ikeda and the late South African president Nelson Mandela. Three years later, I visited South Africa as a Min-On staff member to prepare a cultural exchange program with South Africa. During the trip, I also had the opportunity to meet Mr. Mandela. I asked him the question, “How could you endure the severe struggles of your 28 years of imprisonment?” He answered, “Because I continuously heard the strong singing voices calling out to me, ‘Rolihlahla Mandela!! Freedom is in your hand’ from the other side of the wall, I could retain the courage to endure.” I was deeply inspired by his answer and felt supremely confident in the indelible power of music.

Urbain: It is my hope that fifty years down the road in our research, a great number of universities and institutions will be engaged in a variety of academic programs on the theme of “music and peacebuilding,” and the Min-On Music Research Institute will have grown as a global center of intellectual resources for musicians and artists around the world, supporting their peacebuilding activities.

Ito: I also hope that the Min-On Culture Center and Music Museum will be visited by more people from around the world, and further grow as a center of global exchange for musical culture and international friendship.