Min-On Music Journey No. 20: The Republic of South Africa

Welcome to the first installment of Min-On’s Music Journey in the new year, 2021! Please join the Min-On Concert Association and the South African Embassy in Japan as we travel to the Republic of South Africa, often called the “Rainbow Nation.”

The Republic of South Africa is located at the southernmost tip of the African continent. It is home to nine World Heritage Sites, eleven official languages, diverse traditional cultures and a magnificent natural environment. Former President Nelson Mandela aimed to “build the society in which all South Africans, both black and white, will be able to walk tall, without any fear in their hearts, assured of their inalienable right to human dignity—a rainbow nation at peace with itself and the world,” and his wishes are represented by the name “Rainbow Nation.” In keeping with this, the lyrics of the South African national anthem, established by former President Mandela in 1997, are made up of five languages: Xhosa, Zulu, Sesotho, Afrikaans and English. The anthem is sung with passion by many across the nation. The charm of Cape Town, the “Mother City”

South Africa is the only country in the world that has three capitals. The typical functions of a capital city are split between Cape Town (legislative), Pretoria (executive) and Bloemfontein (judicial). Pretoria, where foreign embassies are located, is the representative capital of the country.

Cape Town is a port city on the southwest coast of South Africa. Because the nation developed from this port city, it is also called the Mother City. Cape Town is surrounded by spectacular wonders of nature and is considered one of the most beautiful cities in the world.

Table Mountain, known for its flat summit, towers adjacent to Cape Town. Climbing the mountain provides a phenomenal view of the city and its beautiful coastline, including the bustling harbor and boats sailing to Robben Island. The Kirstenbosch National Botanical Gardens are also located at the foot of the mountain, comprising part of the Cape Floral Region Protected Areas, a floristic region registered as a World Heritage Site in 2004. A large number of plants indigenous to South Africa grow here, and it is a breathtaking sight in the spring when the flowers are in full bloom. 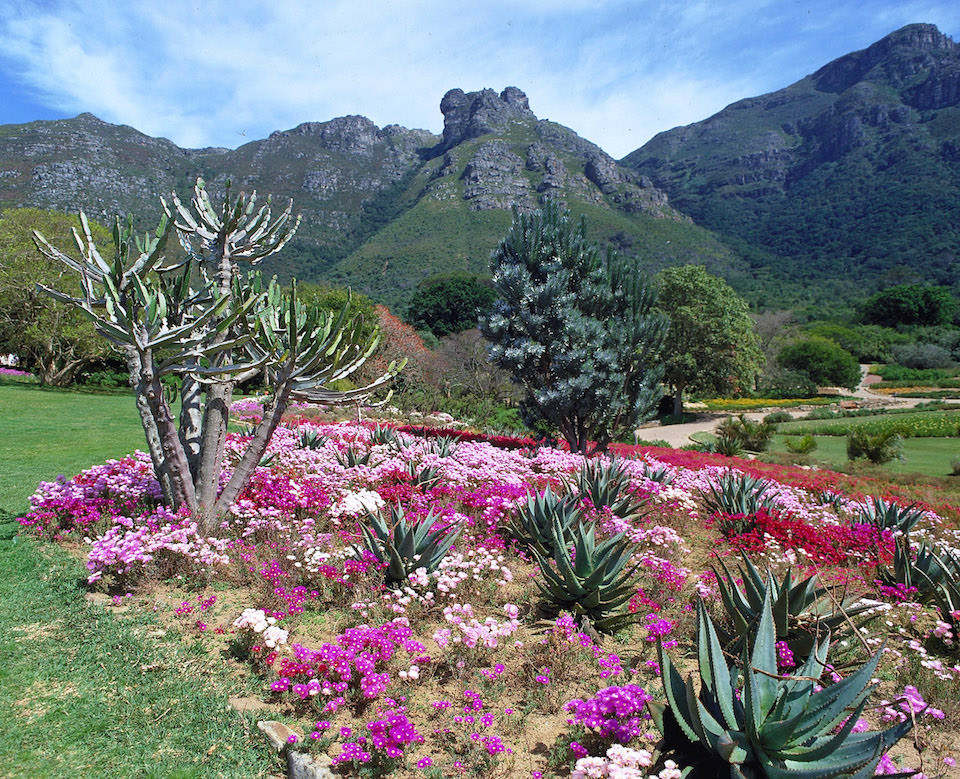 Robben Island, located 12 kilometers off the city’s coast, is where former President Nelson Mandela spent 18 of his over 27 years (10,000 days) of imprisonment. Today, it is a place that symbolizes the freedom of the human spirit and the triumph of democracy over racism, leading it to be registered as a World Heritage Site in 1999.

In light of this, we would like to feature the song Asimbonanga by Jonny Clegg and Savuka. Asimbonanga means “we did not see him.” The song encapsulates the feelings of the people who protested for the release of their leader, Nelson Mandela, during his incarceration on Robben Island, and their lament over his absence.

Composed by Jonny Clegg; performed by the Drakensberg Boys Choir

Every year, Cape Town hosts the largest music event on the African continent, the Cape Town International Jazz Festival (CTIJF). The festival was first held in 2000 and features popular South African musicians and musicians from around the globe, currently attracting over 30,000 music lovers each year. Also, the Cape Town Minstrel Carnival, held each year on January 2, is deeply tied to the culture of the Cape Malays, an ethnic community living in South Africa that originated in Southeast Asia. Locals with painted faces and bright, colorful costumes parade through the streets while playing instruments and waving parasols. Crowds of visitors from across the globe line the streets of the parade route to join the celebration. 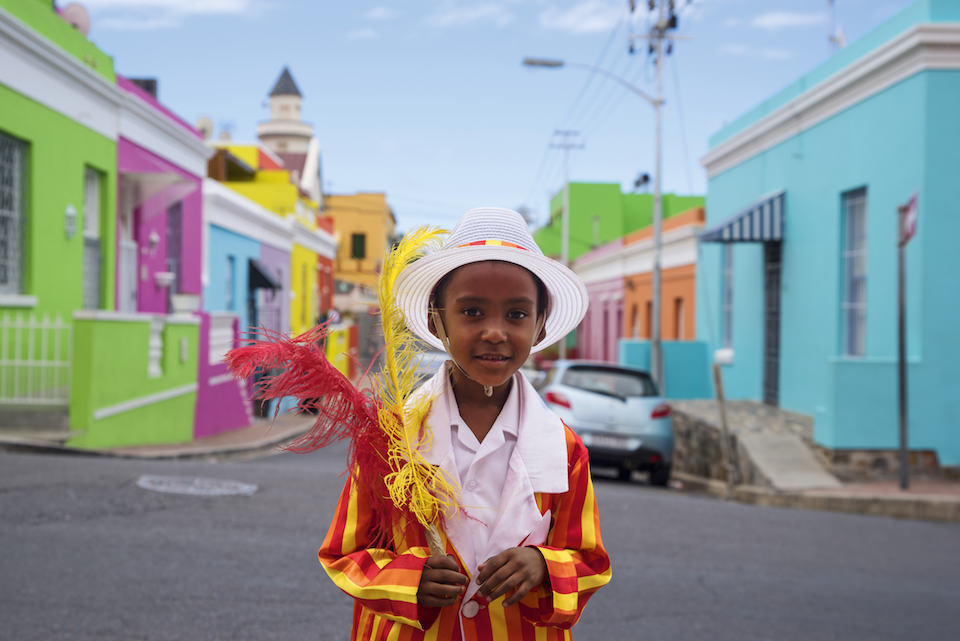 Due to the gold rush following the discovery of gold in the area in 1886, Johannesburg developed remarkably quickly. It has grown to become the largest city in South Africa, with a current population surpassing five million. The total population of the metropolitan area is over 10.5 million, making it the largest metropolis in Africa.

The most famous address in South Africa lies within Johannesburg: 8115 Vilakazi St., Orlando West, Soweto. This is the address of Mandela House, where former President Nelson Mandela lived for 14 years. Today, visitors can explore the house as a museum with audio and video exhibits, photo displays and guided tours, to learn how Nelson Mandela and his family lived during the era of apartheid. Pretoria is located 50 kilometers north of Johannesburg at the base of the Magaliesberg Mountains and serves as the administrative capital of South Africa, with a population of over one million people. Because the city is blanketed in light purple jacaranda blossoms during October and November—similar to the cherry blossoms of Japan—it is also called Jacaranda City. Nostalgic buildings reminiscent of the colonial era and historical museums are scattered throughout the city.

The city of Pretoria (left) and Church Square, lined with many historical buildings (right)

Bloemfontein, perhaps better known by its nickname, the City of Roses, is the judicial capital of South Africa. Hundreds of thousands of roses decorate the city, giving it the atmosphere of a countryside town, although it performs all the functions of a major city. Up to 4,000 rose bushes have been planted in Kings Park, and the annual Rose Festival attracts crowds of locals and tourists with the scent of innumerable roses and the elegant 19th century architecture of the surrounding buildings. 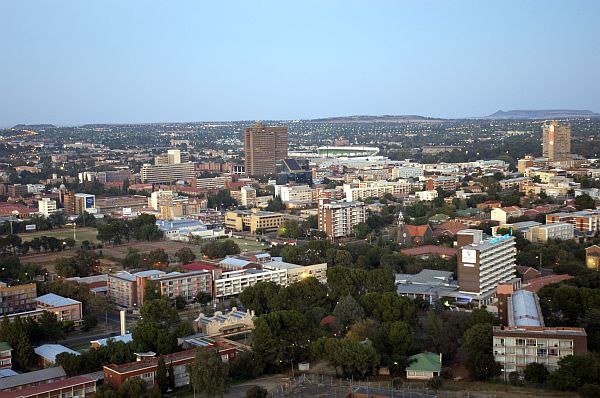 The city of Bloemfontein

The Cape of Good Hope, where the Atlantic and Indian Oceans meet

The Cape of Good Hope at the southwestern tip of the Cape Peninsula, where the Atlantic and Indian Oceans meet, was discovered by Portuguese explorers in 1488. When Vasco da Gama later successfully sailed to India around the Cape of Good Hope, Portugal was able to establish a stable spice trade with India. This trade solidified Portugal’s position as a powerful nation among its European neighbors. Because the cape was praised at the time as “the great hope of Portugal,” it could be considered to have a more dramatic history than other global locations where two oceans meet. The region was registered as a World Heritage Site in 2004 as part of the Cape Floral Region Protected Areas. From the coast, visitors have the chance to observe whales and dolphins. The area also includes rare wild birds and 6,000 native species of flora not found anywhere else. Many call the Cape of Good Hope the most beautiful cape in the world. 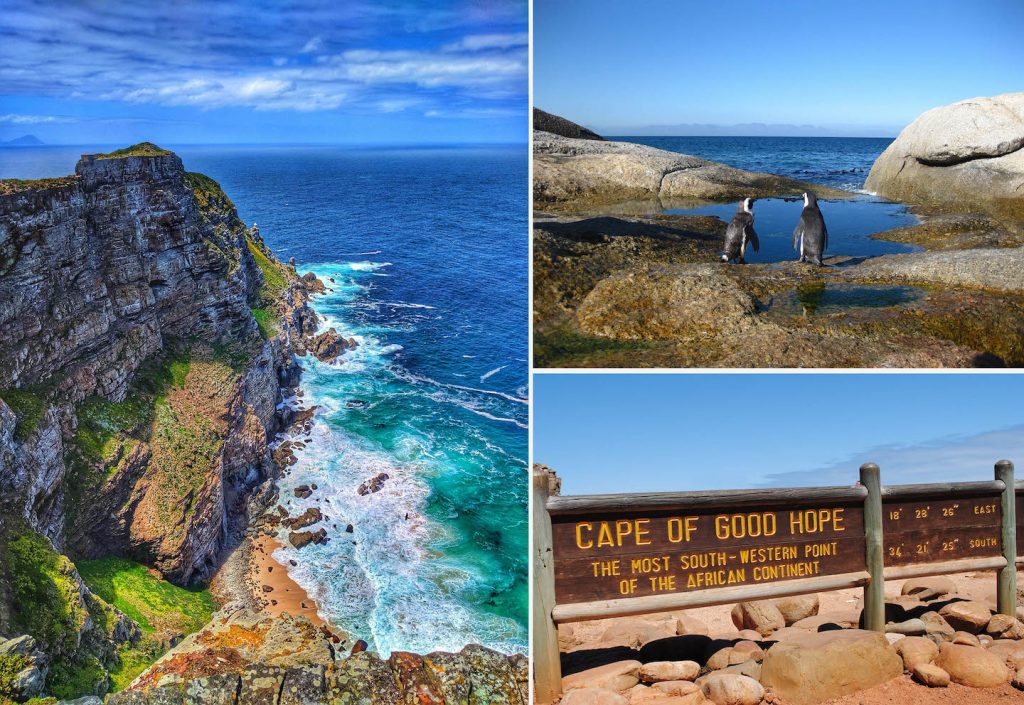 The bewitching South African cape, the Cape of Good Hope

Kruger National Park is one of Africa’s greatest wildlife reserves, attracting over 1.4 million visitors every year. The park boasts a massive area about the same size as the island of Shikoku in Japan. Here, visitors can encounter the park’s famous “big five” (lions, leopards, elephants, rhinoceros and buffalo), which are among the most dangerous wild animals in the world. The park is also home to the endangered African wild dog and black rhinoceros, as well as hundreds of other mammals, birds, reptiles and amphibians. It is a popular sightseeing area with superb accommodations, and it takes up to three days to visit all the best spots in the park. We would like to highlight a song that expresses the majesty of Africa’s diverse wildlife, Ingoma Yehlati (The Song of the Bushveld).

Ingoma Yehlati (The Song of the Bushveld), in Zulu – Drakensberg Boys Choir

The musical culture of South Africa

In 1995, Min-On invited Amampondo to perform in Japan, and has also invited the Drakensberg Boys Choir five times since 1997 (in 2001, 2002 and twice in 2017). In 2018, Min-On co-hosted a lecture concert with the South African Embassy in Japan to commemorate the 100th anniversary of the birth of President Nelson Mandela. In closing, the South African Embassy in Japan would like to showcase four pieces of music from four different groups. We hope you enjoy them!

This group is composed of three musicians from the Eastern Cape produced by the South African musician Vusi Nova.

Although the group’s name means “twins of the Mamtshawe family,” they are actually a group of cousins all born in the same year whose mothers are sisters

Ladysmith Black Mambazo is a South African male choral group that has won three Grammy Awards and many other awards. They currently serve as cultural ambassadors that educate others about their homeland and its culture.

This gospel group performs at a church in the Soweto area of Johannesburg. Although they are not a professional group, they have sent us one of their wonderful songs for this Music Journey. We hope you enjoy it.