Singing Ambassadors of the Rainbow Nation Crossed a Mountain of Struggles 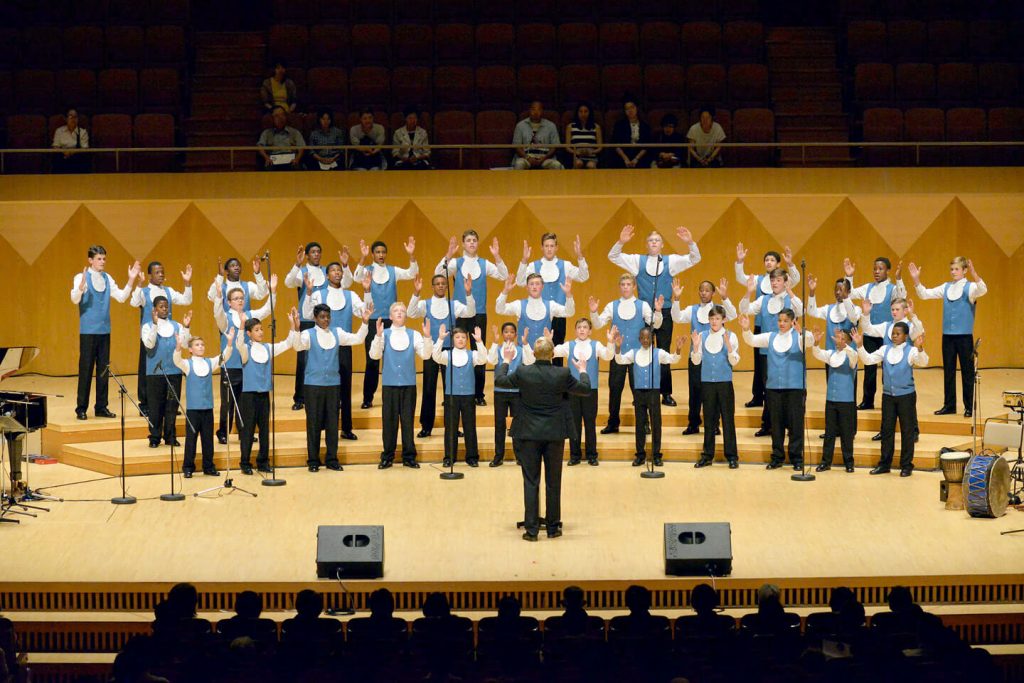 Drakensberg, which means “Dragon Mountains,” refers to the eastern portion of the Great Escarpment in the Republic of South Africa. This area has been officially recognized as a UNESCO World Heritage Site for its exceptional natural beauty, including spectacular rock arches, caves and pillars, as well as diverse natural habitats harboring a variety of globally important plants and endangered species.

Nestled against the Drakensberg mountain range, the Drakensberg Boys Choir School (DBCS) was founded in 1967 in the province of KwaZulu-Natal, with a total of 20 white students. Claiming to be the only choir school in Africa, DBCS was established as a boarding school using choral music as a vehicle for holistic education. The school has fostered effective and inspirational leaders, bringing a sense of hope and thanksgiving to South Africa through excellence in music, academics, physical education and social enrichment. Persevering through the struggles of apartheid in South Africa, the choir school broke the racial barrier and accepted its first black student six years before apartheid ended with South Africa’s first ever all-race democratic election in 1994. Since then, Drakensberg Boys Choir School has become an internationally acclaimed educational institution. They’ve presented their choral programs worldwide, including in North America, Asia, across the continent of Africa and in Europe. Today, Drakensberg Boys Choir is a beloved South African asset, and their fame as the ‘Singing Ambassadors of the Rainbow Nation’ extends globally.

Min-On Concert Association and the Republic of South Africa established their relationship in 1990 at a meeting of Min-On Founder Daisaku Ikeda and late South African President Nelson Mandela in Tokyo. In support of Mandela’s dreams for South Africa to be a ‘rainbow nation,’ the Founder proposed initiating cultural exchange between Japan and South Africa. Min-On brought its founder’s proposal to fruition with a Japan tour by South African percussion group AMANPOND in 1995, followed by the Drakensberg Boys Choir in 1997. Since then, Min-On has invited the choir for nationwide Japan tours in both 2001 and 2002.

This year, to commemorate the 50th anniversary of the founding of DBCS and the 20th anniversary of their first Japan tour, Min-On, with the cordial support of the embassy of the Republic of South Africa in Tokyo, welcomed Drakensberg Boys Choir to Japan for their fourth Japan tour. The two month-long, twenty five-city tour premiered in Yokohama, Kanagawa prefecture on July 4 and successfully concluded at the Bunkyo Civic Auditorium in Tokyo on August 10, with a full audience including ambassadors and diplomats from 12 countries.

During their tour, the Drakensberg Boys Choir engaged in cultural exchange with youth choirs in local communities, experiencing fascinating culture and beautiful nature throughout Japan. In their performances, they showcased the virtuosity of harmony—from gospel to pop numbers, and both South African and Japanese folk songs. Their music radiated great energy and sensitivity, drawing enthusiastic cheers and a standing ovation from the capacity audience at each venue across Japan this summer.