An Epic Dance Showdown — The Battle 2015 The Min-On Concert Association has offered a wide range of musical, cultural and educational programs to an ever-growing audience for over 50 years. They have contributed to music and art flourishing wildly among the general public and cultivated artistic sentiments, especially among young people, by including new and fresh styles of music and performing arts.

Among the new styles of performing arts created and developed during the last half century, street dancing—including hip-hop dancing and breakdancing—is the most popular mainstay of modern urban culture for younger generations. One of Min-On’s programs successful in attracting younger audiences is a series of international street dance competitions called The Battle. Min-On initiated The Battle series to bring a street dance competition to the stage for a wider audience, inviting groups of dancers from Korea and China to Japan on three occasions in 2007, 2009 and 2010, with the world-champion breakdance group visiting from Russia in 2012.

On October 27, in front of a capacity crowd at Nakano Sun Plaza Hall in Tokyo, The Battle 2015—the fifth installment of the series—broke out between veteran dance crews from Team USA, led by Tony GO GO, and a Japanese alliance of young dance forces, led by Kite. The Battle 2015 will continue in front of thousands of audience members in 24 cities across Japan through December 9, 2015.

It is not known exactly when and where the original form of street dancing was born. In the 1970s a variety of freestyle dancing evolved on the streets of New York City, and has since flourished across the United States and around the world in the new millennium. As the years passed, constant improvisation created new and exciting styles of dance such as hip-hop, breaking, popping, locking, gliding and more. Street dancing became a truly fun, exciting and inspirational experience for many adolescents and even street gangs in urban areas. As its popularity increased, street dancers started to compete with each other, showing off their individual techniques, and instead of violent altercations, these street dance competitions have developed into public performances of so-called ‘battles’ among the younger generation. Although battles are still competitive, the interaction and collaboration that occurred on the streets brought myriad people together with a sense of solidarity and created a space for the globalization of urban culture. Today in Japanese junior high schools, hip-hop dance class is part of the required physical education curriculum, and dance battles are enjoyed even amongst elementary school children.

In the middle of the nationwide tour of The Battle 2015, we interviewed the leading dancers, including Tony GO GO from Team USA and Kite from Team Japan. 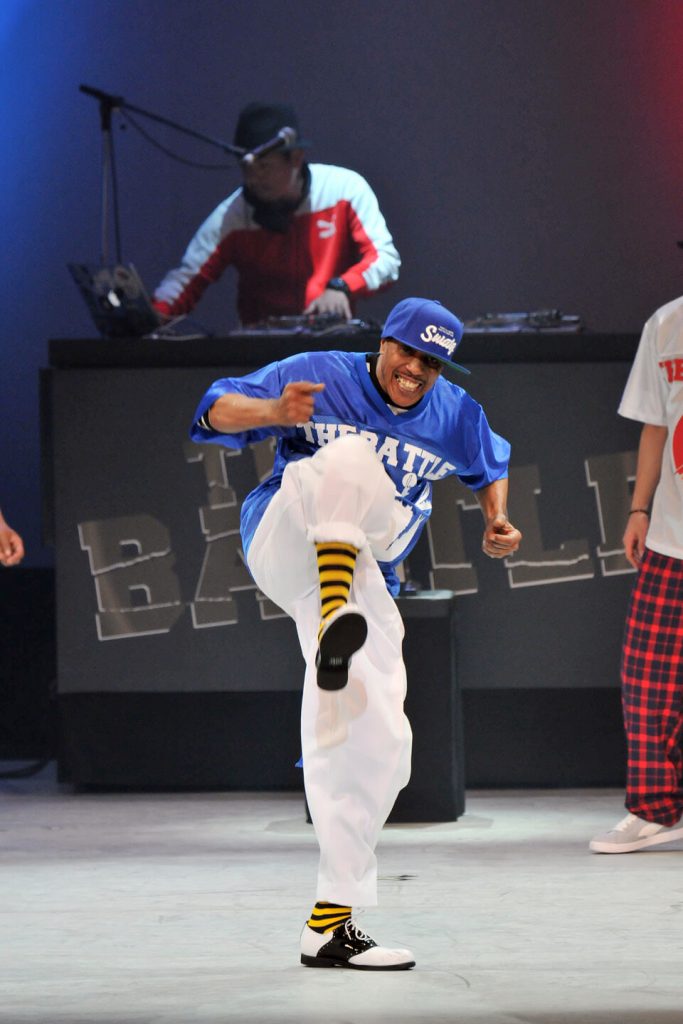 Min-On: How did you start your dancing career and get involved in the art of street dance?

Tony GO GO: As a kid, I was so inspired by tap-dancing and started learning the techniques. After that, I became interested in playing music and joined an orchestra in Texas. Then, I moved to California with my mother, but there was no orchestra over there, which is how I found another hobby—dance. Around that time, in the early 1970s, the television show “Soul Train” started on TV and I was so excited. A friend of mine from high school, a professional dancer named Greg “Campbellock” Jr., introduced me to many of the most famous dancers at that time. Together they formed a famous dance crew known as The Lockers. That’s how I really got my start in the dance world. I started doing a crazy dance called “Campbellocking” with my friends from high school. The three of us performed on Soul Train and then formed a group called The Go Go Brothers. That’s how my journey began.

Kite: I was playing baseball for more than 10 years, from my high school days through college. But I broke my shoulder and had to give up baseball. At that time, I got interested in breakdancing, which often appeared on TV. Also, some of my friends were doing hip-hop dance and breakdance, so I switched from baseball to dancing. And when I was in college, I started dancing more seriously.

Min-On: How do you feel about street dancing and what is significant in ‘battles’?

Tony: Competitive battling is all right and in the underground, they battle a lot, and it’s okay and good. But to me, dance is love and a tool to communicate with other people, above all else. When you try to communicate with people, even if you cannot speak, you can use your body to communicate. That’s dance to me. I would like to tell everyone to keep the love and keep the positive spirit so the world can become a better place.

Kite: I think it is difficult to describe the attractiveness of street dancing. Even if everybody is dancing to the same music, each person has their own unique expression through dance. Tony said that through dance, you can communicate with people even if you cannot speak. I had an opportunity to give dancing lessons at a school for deaf and mute persons in college. Although I could not communicate with words, I really felt I could communicate with them through dance. I think the bon odori dance is the same. People dance in a circle at Japanese summer festivals and it acts as a wonderful form of communication amongst the people, to embrace a sense of solidarity in their community. 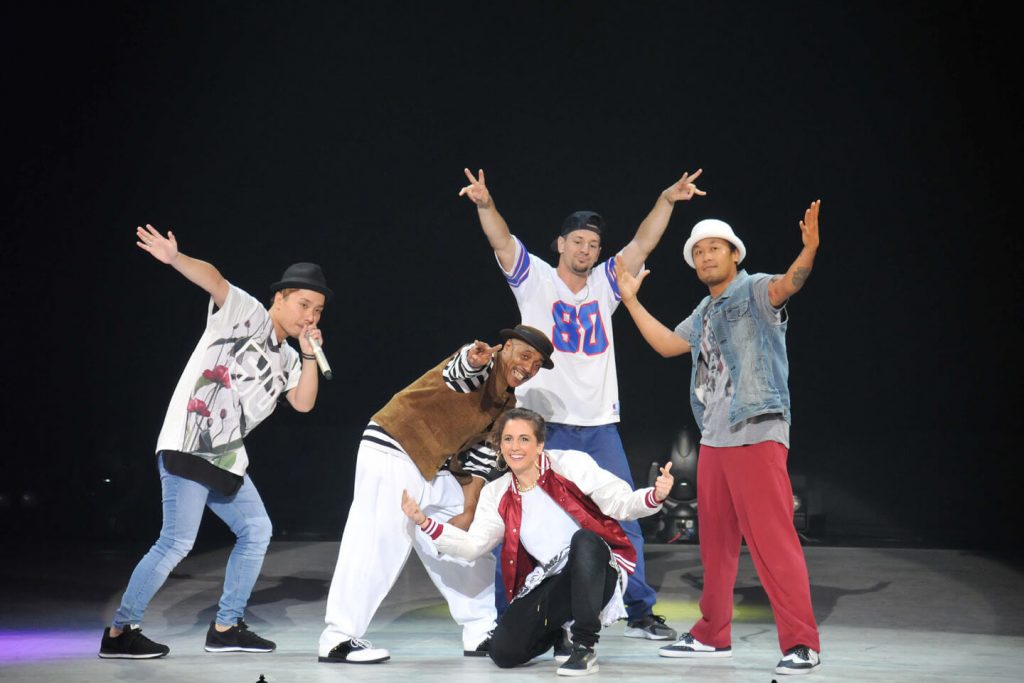 Min-On: Min-On has promoted various programs for international cultural exchange. What do you think about The Battle series and what did you experience so far on this tour?

Kite: I participated in The Battle in the past, and we danced with people from China and Korea. Although the political climate between Japan and both those countries wasn’t the best, I made good friends in China and Korea through The Battle. Even when I went to Korea for a dancing workshop, I was a little bit nervous about how I would be treated, but they welcomed me warmly. During this current battle with Team USA, although there are obvious differences in appearance and cultural background between us, we have been able to communicate heart to heart with each other through dance.

Tony: This is my first time experience to work with Min-On, and it’s a beautiful thing from what I have seen. It’s a wonderful project and good for the world. I think Min-On is doing a beautiful job to bring together people from other countries. When I started out dancing, basically we were all consumed by violence. But it became a way out for us, and we used dance as a tool to get out of that situation. That’s why we are doing what we do, just like Min-On. We want to change the culture of violence and negativity to a culture of love and peace. I hope Min-On will keep pursuing this avenue they have created.