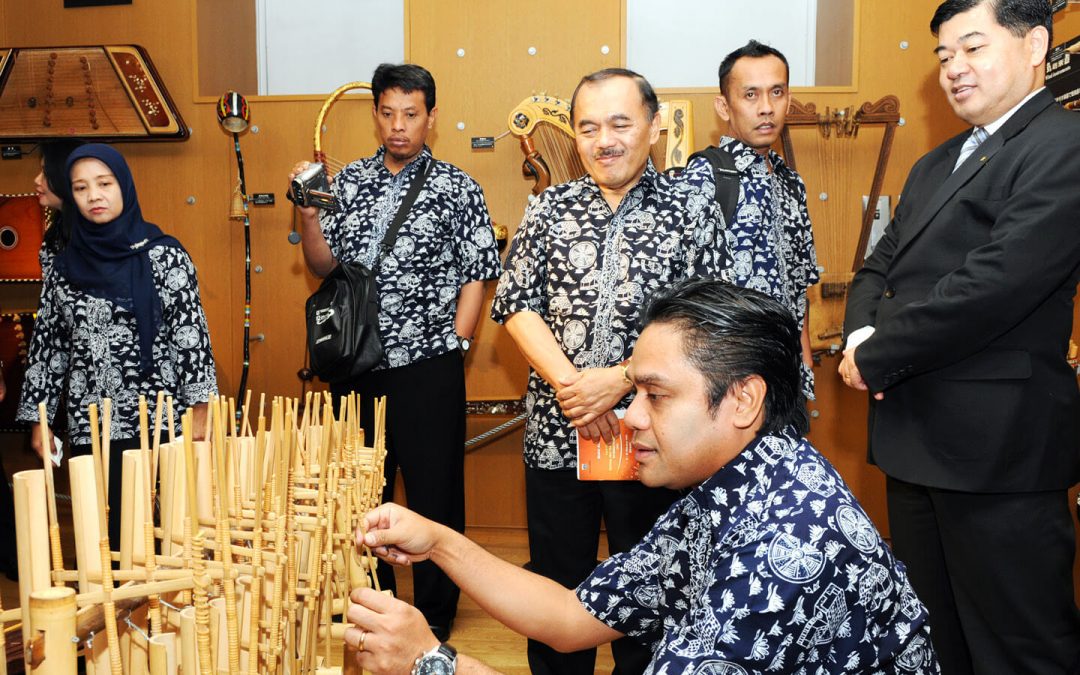 On the morning of October 23, a delegation of the Betawi Cultural Institute (LKB) from Indonesia, headed by its chairman, H. Tatang Hidayat, paid a courtesy visit to the Min-On Culture Center in Tokyo.

Indonesia is home to more than 500 ethnic groups, and its cultural diversity is unparalleled in Southeast Asia. Among those ethnic groups, the Betawi are the descendants of people living around Batavia (the colonial name for Jakarta). They have their own unique culture in terms of song, dance, music, and other traditions. At the beginning of a formal meeting during the visit, Mr. Hidayat remarked that the Betawi Cultural Institute was established for the purposes of not only preserving Betawi culture but also promoting harmonious coexistence with other cultures in Indonesia and fostering friendly relations with foreign cultures. He expressed his deep admiration of Min-On’s remarkable record of global cultural exchanges, and extended his sincere gratitude for this significant opportunity of introducing Betawi culture to Japan.

After enjoying a tour of the Min-On Music Museum, the delegation visited the Soka University in Hachioji and held a Japan-Indonesia goodwill concert with performances of ethnic music and traditional dance at the student center on the campus. After the performance, the Institute bestowed “The Highest Commendation for an Honorable Cultural Figure” upon Min-On founder Daisaku Ikeda in honor of his contribution to promoting cultural exchange and world peace. Min-On President Hiroyasu Kobayashi received the certificate on Mr. Ikeda’s behalf.