Min-On Music Journey No. 11: The State of Israel 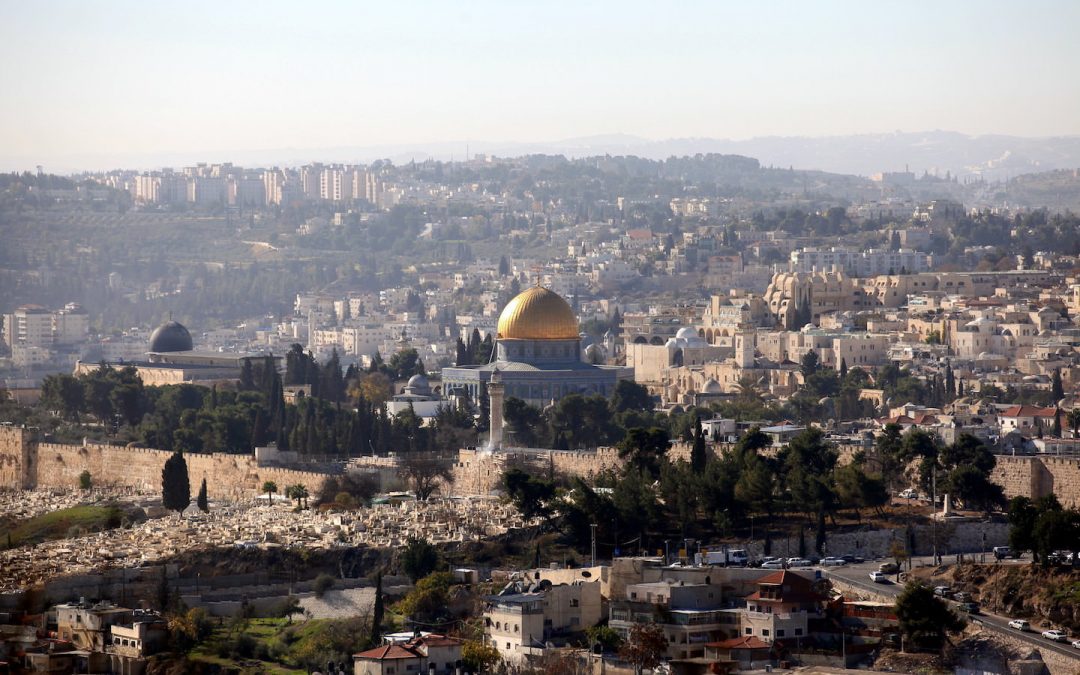 Today, for the 11th installment of Min-On’s Music Journey, Min-On Concert Association and the Embassy of Israel in Japan will guide you to Israel, a land of cultural exchange between the East and West. Israel is known as the Silicon Valley of the Middle East and is a globally recognized leader in IT. There are over 7,000 start-up companies developing new business here, in addition to entrepreneurs pushing technological boundaries in many other fields, including cybersecurity, healthcare and aerospace. 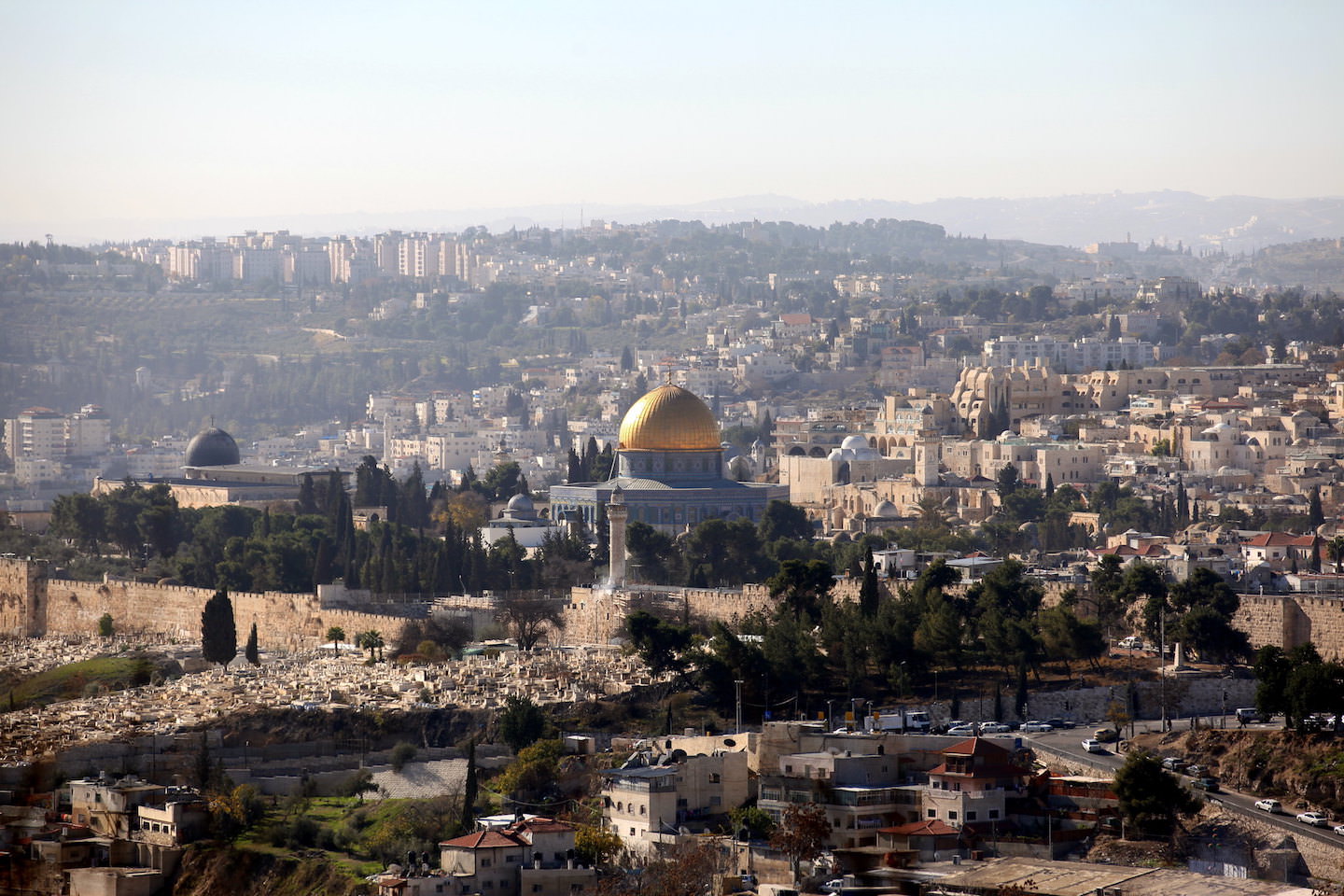 The Old City of Jerusalem

Jerusalem and its 3,000-year history

The capital of Israel, Jerusalem, has 3,000 years of history, making it one of the oldest cities in the world. The city contains over 220 historic monuments, including the Old City of Jerusalem and its walls, which make up the center of East Jerusalem and are registered as a UNESCO World Heritage Site. There are eight gates in the wall surrounding the Old City, and legends that tell of Jerusalem’s history are inscribed on each gate. Passing through them leads to the Dome of the Rock and the Wailing Wall, both of which are powerful symbols of Jerusalem. 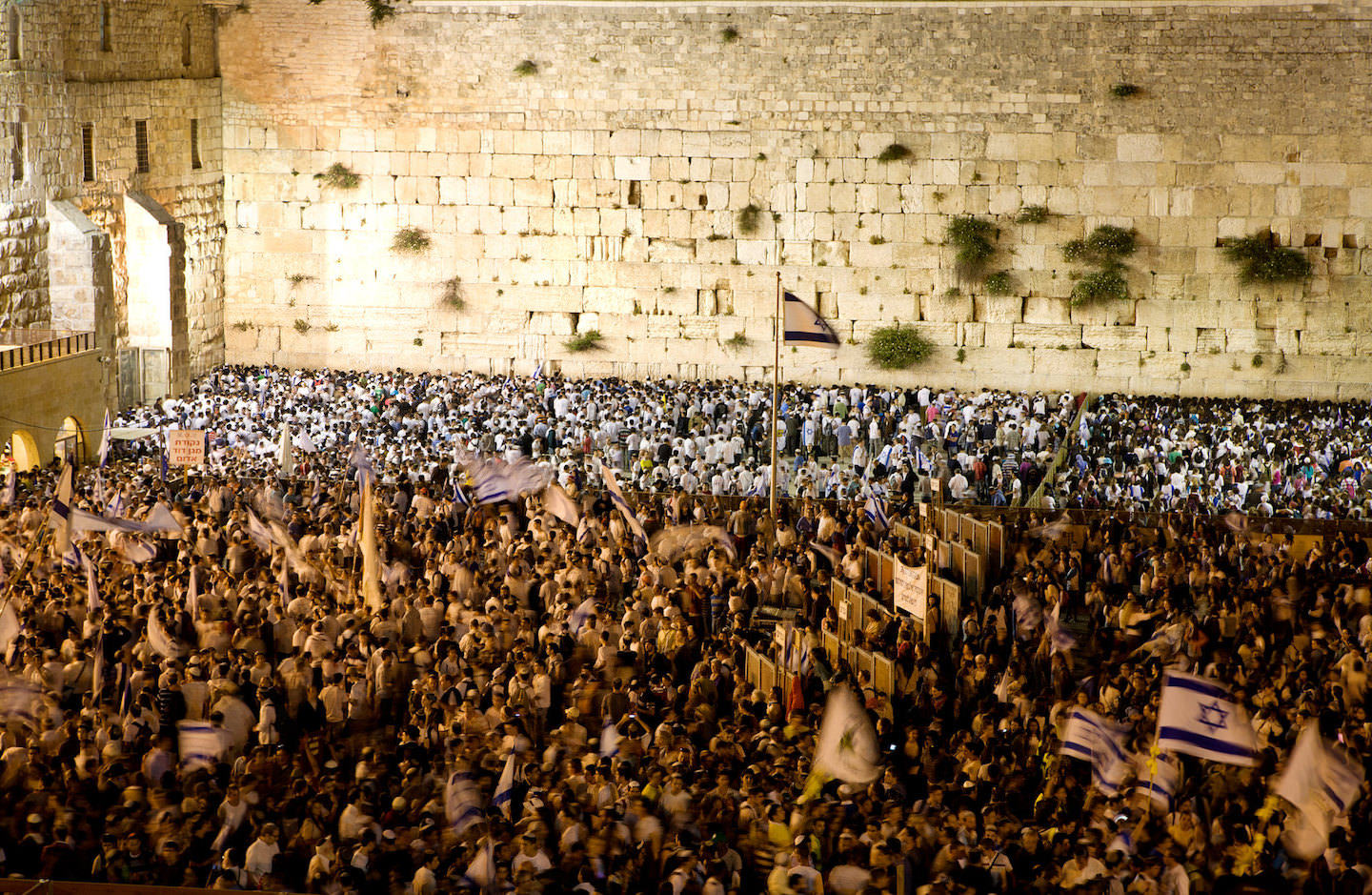 The transcendental sights of Israel

Israel borders Lebanon, Syria, Jordan and Egypt, and the Mediterranean Sea lies to the west. The country’s long, narrow shape makes it possible to visit mountains, plateaus and deserts all within a short time. The Negev Region, which comprises almost half of the country, is a desert region located in southern Israel. The “Incense Route — Desert Cities in the Negev” path that runs through this region is also registered as a UNESCO World Heritage Site. This route originally developed as a trade route for spices and incense during the 2nd–3rd centuries BC.

The Dead Sea Region lies on Israel’s border with Jordan. The Dead Sea is famous for its high salt content, and its surface is located approximately 420 meters below sea level—the lowest point on earth’s surface. It has 30% salinity, ten times higher than average ocean water, and people can float effortlessly in its waters. The Dead Sea also contains an abundance of minerals, and its dark mud is believed to have restorative and beautifying properties. The Dead Sea and the surrounding area are a popular resort destination lined with luxury hotels and spas for tourists.

Tel Aviv (Hebrew for “Hill of Spring”) is a relatively new city in the midwestern part of Israel, founded in the 20th century. Today, it is a leading center for Israel’s politics, economics and culture, and one of the most prominent cosmopolitan cities in the Middle East, attracting many tourists.

The cuisine of Israel, an agricultural leader

Israel became a leader in agricultural technology by developing innovative systems to overcome its harsh climate, improve its farmland and compensate for water shortages. Today, Israel maintains a high degree of self-sufficiency in terms of food supply.

Israel’s enticing and unique multinational cuisine makes use of local fresh fruits and vegetables. Some famous Israeli dishes include falafel, made of mashed chickpeas fried in oil like a croquette, and hummus, a paste of boiled chickpeas, garlic, tahini and olive oil seasoned with salt. Israel is also known for its storied wine industry. The high-quality wines produced against the local climate’s extreme temperature variations definitely bring extra flair to the table! 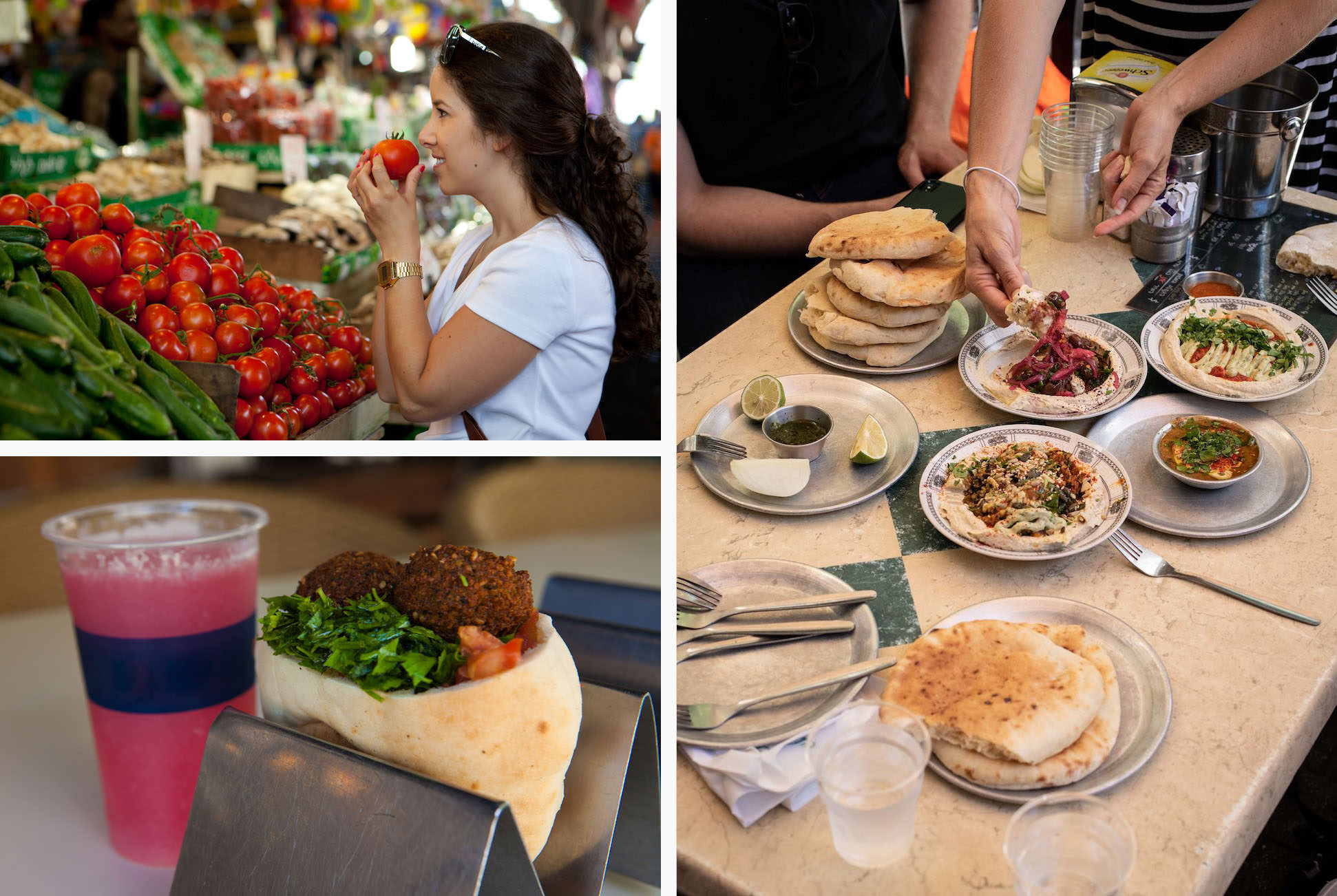 The Israel Philharmonic Orchestra is one of the world’s foremost orchestras and has produced many world-renowned classical musicians. Israel also attracts music lovers from across the globe through music competitions, including the International Harp Contest and the Arthur Rubinstein International Piano Master Competition, as well as festivals like the Ein Gev Music Festival, the Kfar Blum Music Festival and the Red Sea Jazz Festival in Eilat.

Also, the Israel Festival, which began in 1961, is held on a grand scale across a number of venues in Jerusalem, including the spectacular Sultan’s Pool Amphitheater. Orchestras, theater troupes and dance troupes from all over the world are invited to perform, garnering much attention and promoting the festival as a platform for cultural exchange.

The first foreign musician to be invited by Min-On to Japan was the famous Israeli pianist, Frank Pelleg, in 1965. His passionate, powerful classical performance fascinated his audiences. Since then, Min-On has also hosted performances by the Israel Philharmonic Orchestra (1985), the Efroni Choir (1995, 2006) and Idan Raichel (2015).

Please enjoy the beautiful voices of the Israeli Efroni Choir in these three songs from their 2006 Min-On concert.

The Antenna and the Solar Boiler on a Roof…

At the Edge of the Village

Mr. Raichel was born in 1977 in the Israeli town of Kfar Saba. He was fascinated by the sound of gypsy, tango and other music played on the accordion, and began playing jazz and other music himself. At the age of 22, he began his professional career as a backing musician for vocalists. Later, he invited musicians from different countries and regions to create the Idan Raichel Project and started producing music independently. His music became a bridge of deep emotion and friendship across the globe, and he has held a number of world tours performing alongside international musicians.

Please enjoy these songs performed by Israel’s foremost pop musician, Idan Raichel, from his concert at Min-On in 2015.

David D’Or, a musician recommended by the Israeli Ambassador

Ambassador Yaffa Ben-Ari of the Embassy of Israel in Japan recommended David D’Or and three of his songs, along with the following message: 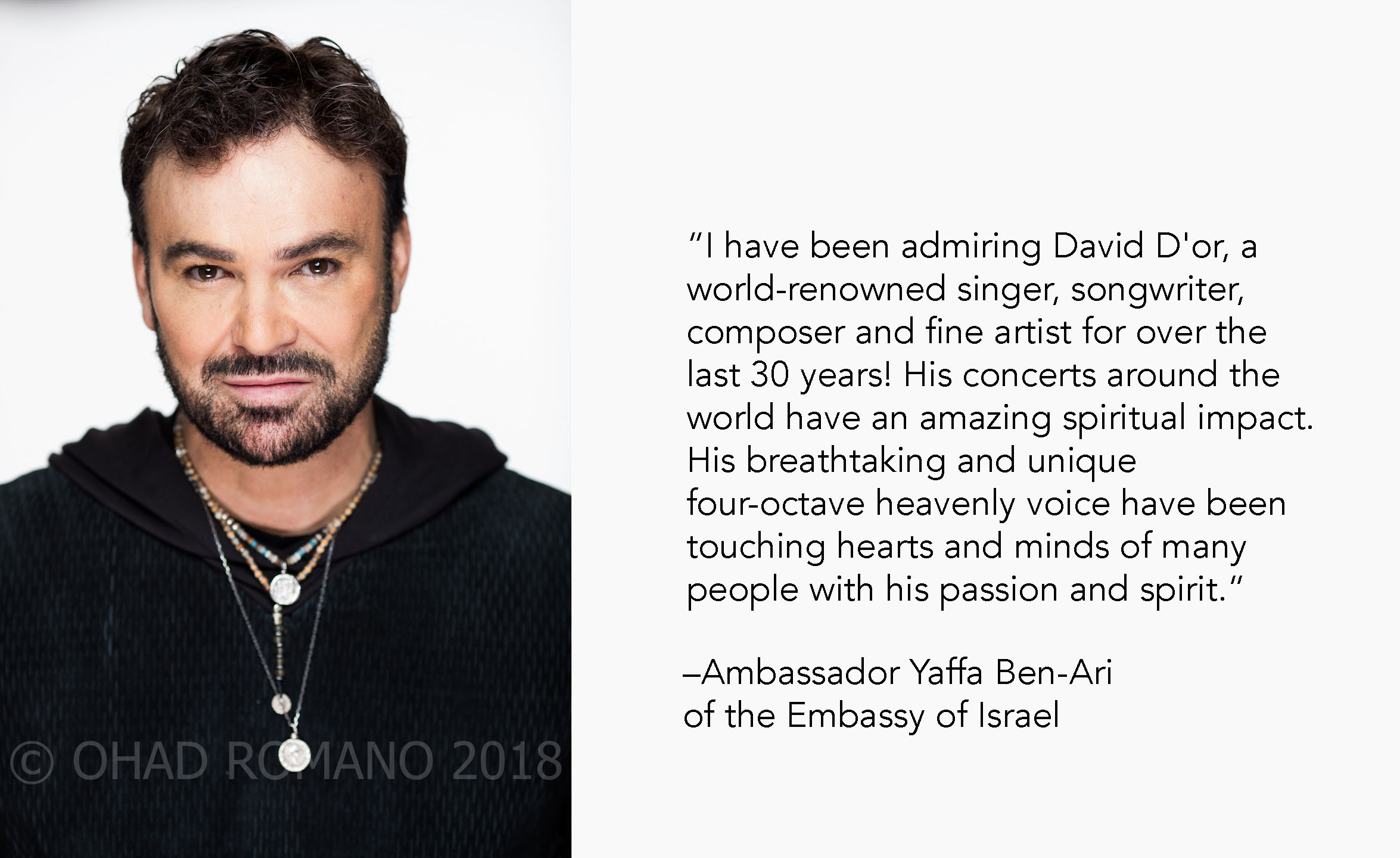 A Voice from Heaven

What did you think of your music journey to Israel? 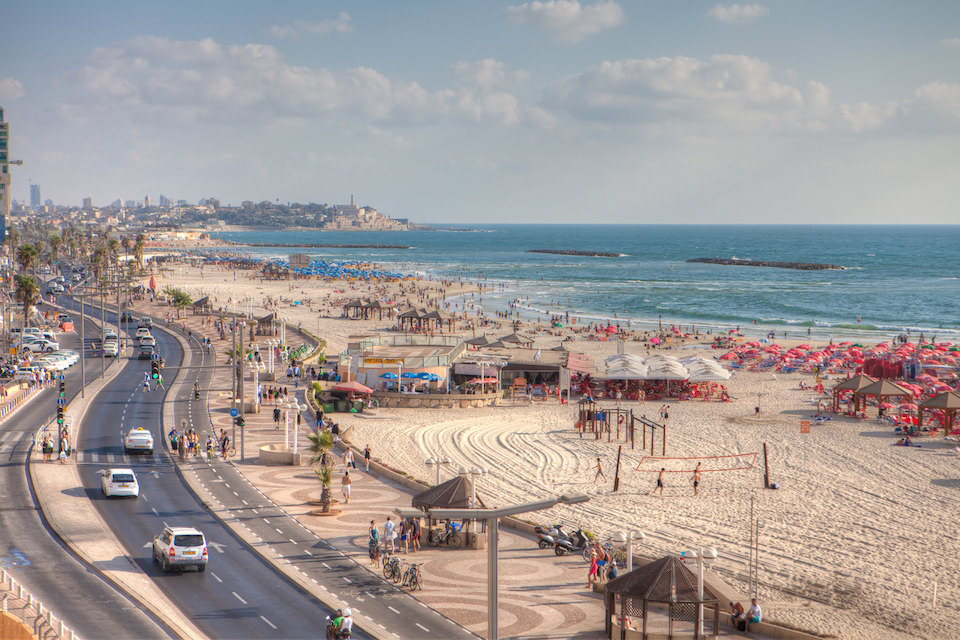 Walkway along the beach (Tel Aviv)

There are still many more places to go on our music journey. Please look forward to our next destination.

(Produced in collaboration with the Embassy of Israel.)