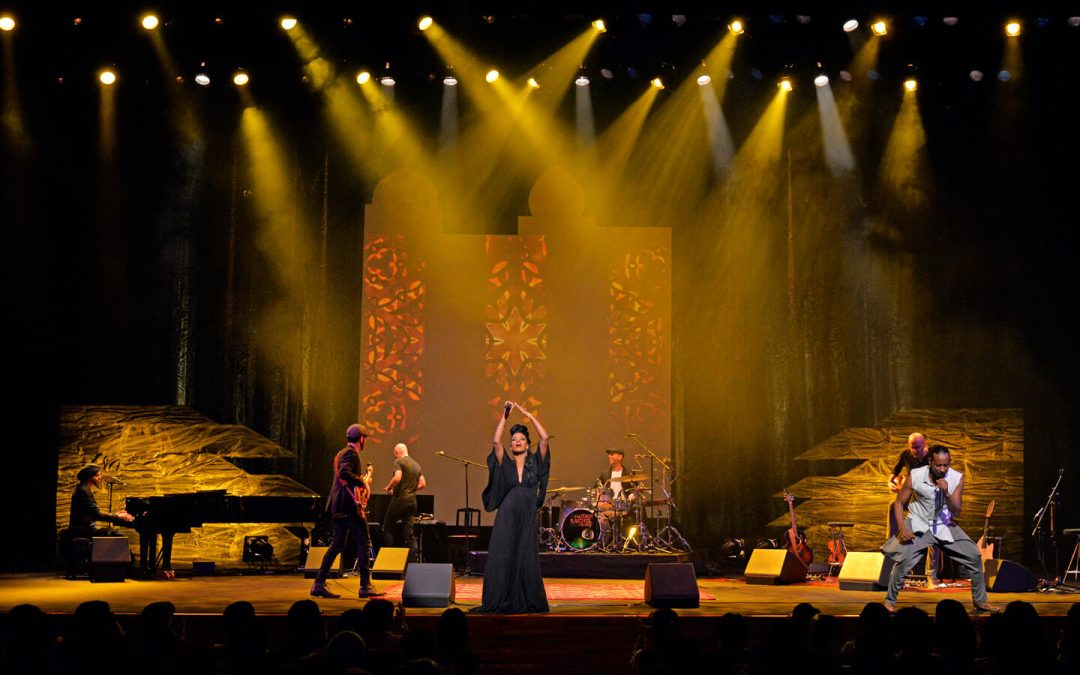 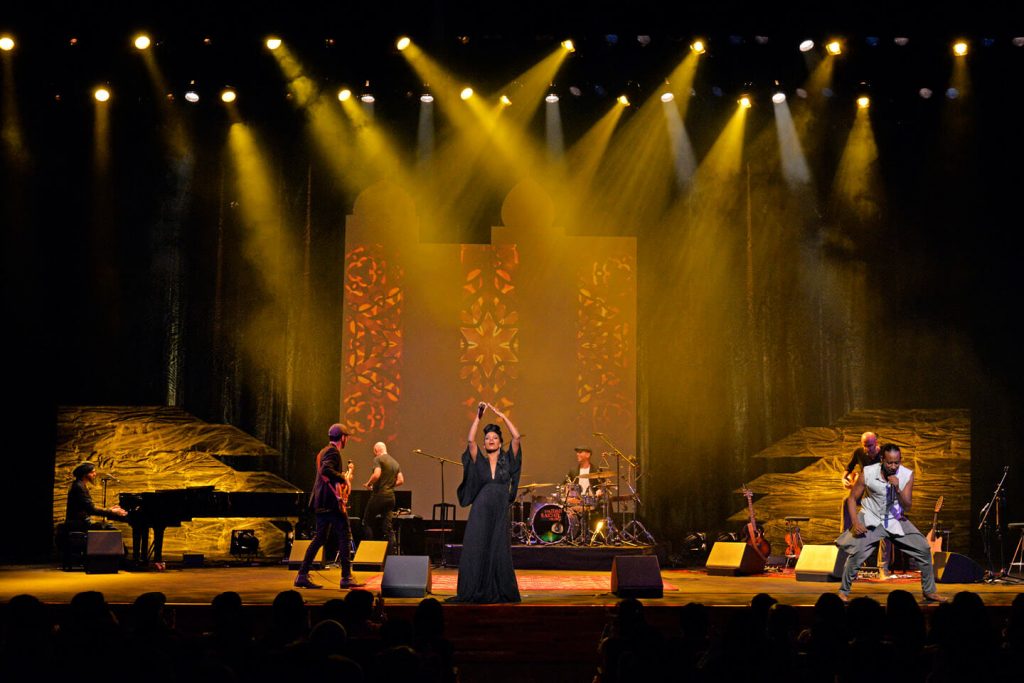 Half a century ago, very few ordinary citizens of Japan had the opportunity to enjoy concerts performed by first-rate foreign artists. After its founding in 1963, the Min-On Concert Association invited the internationally acclaimed pianist Frank Pelleg from the State of Israel to Japan in 1965, beginning Min-On’s international cultural exchange program inviting musicians and artists from foreign countries.

In December 2015, which marked the 50th anniversary of Min-On’s first concert performed by a foreign artist, by curious coincidence, another Israeli artist visited Japan. The Idan Raichel Project—a cross-cultural collaboration initiated by pianist Idan Raichel with artists from diverse backgrounds—came together for their first full-scale Japan tour in cooperation with the Embassy of Israel. Addressing the significance of the project as a representation of Israeli culture, the Ambassador of Israel H.E. Ruth Kahanoff remarked, “The Idan Raichel Project echoes the story of the modern State of Israel. The group consists of immigrants from different countries, as well as Israeli-born musicians, who absorbed various influences at home and were inspired by local traditions. By setting various traditional melodies against contemporary musical approaches, Raichel has established his own original style with this group. The project is acknowledging cultural diversity and serves as a model for music acting as a bridge between cultures and people. A mosaic of languages, melodies and sounds results in an energetic and exciting performance.” She concluded with a remark to the audiences, saying, “I wish you much enjoyment in this unique cross-cultural musical experience.” The eight-city, two-week long tour began in Niigata prefecture in northwest Japan and concluded at Tokyo’s Nakano Sun Plaza Hall in front of a full house including ambassadors and diplomats from Israel and eight other countries. The concert began with several solo piano numbers sung in Hebrew by Idan Raichel. These pieces were gentle and personal, with serene, unassuming melodies and arrangements unique to Idan’s composition style. The next few songs featured Cabra Casey, a solo female vocalist of Ethiopian heritage who sang in the Ethiopian language of Amharic, and the male singer Avi Wogderess Vasa of African descent, who sang passionately in Arabic. Assorted instrumentation was played by Eyal Sela, a virtuoso of ethnic wind instruments, accompanied by Gilad Shmueli on drums, Yogev Glusman on bass and violin, and Yankale Segal playing the bass and the ethnic instruments of tar, bouzouki and baglama. The eclectic mix of Middle Eastern, African and Hebrew sounds drew enthusiastic applause throughout the concert, providing the capacity crowd with a unique cross-cultural musical experience, as the Ambassador of Israel H.E. Ruth Kahanoff had hoped. 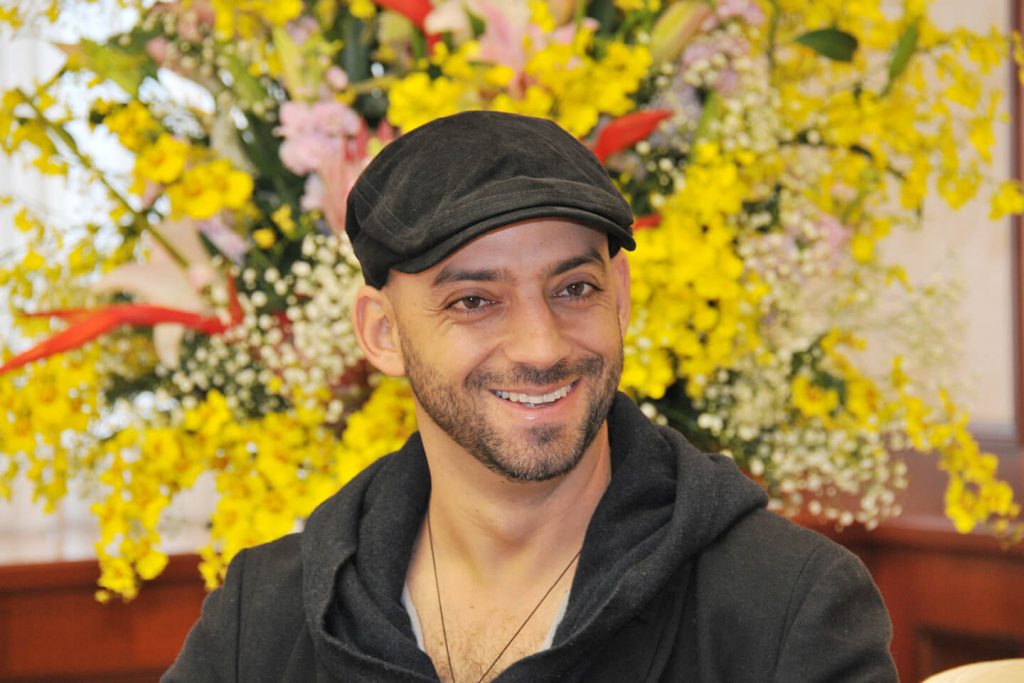 Min-On: This is your second tour in Japan. What are your impressions from this first nationwide tour?

Idan Raichel: This is my second opportunity to visit Japan, and I am so excited about the experience of my first national tour here. I am so impressed and very happy with our Japanese audiences, who have enthusiastically enjoyed our performances. Everyone seems to be impressed and deeply touched by our music. I had an opportunity to read the Min-On questionnaire filled out by audiences after our concerts, and I am pleasantly surprised to see how closely they are observing our performance. We have all been warmly welcomed and felt appreciated by Japanese people wherever we go in Japan. I think listening to instrumental music for two hours is not always an easy task, and only open-minded people can appreciate such a performance. At every concert towards the finale, our audience’s anticipation steadily escalated, and we also became very excited. We gained so much confidence in our role as a cultural bridge between Israel and other countries through this tour. It is our greatest pleasure to develop a deeper understanding of our homeland, Israel, through our performance alongside the Japanese people. 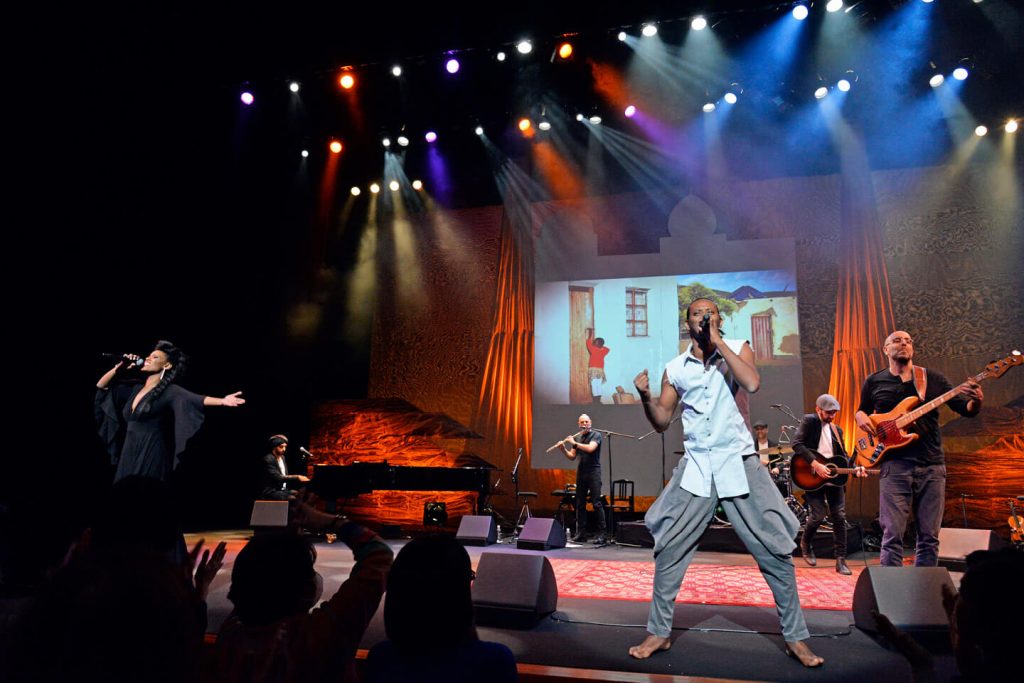 Min-On: At what age did you start playing a musical instrument?

Idan: At the age of nine, I began learning the accordion. At the same time, I was interested in Roma music from Eastern European countries, tango, and ethnic music from many other countries. I started to play the piano at the age of sixteen, but because I was never classically trained, I am not a very good pianist. If you asked me which I would choose between the accordion and the piano, I would probably say the accordion. The accordion has highly influenced my musical career and greatly affected my original compositions and melodic inventions.

Min-On: We heard that you were involved in jazz performance during your high school days. Who is your favorite pianist?

Idan: I like Herbie Hancock and Keith Jarrett. I believe Herbie has greatly influenced and inspired anyone who starts playing jazz. He is such an open-minded artist, who has always been ahead of the times and blazed new trails in his music. I think Keith Jarrett plays the most superb piano solos anywhere. His extended piano solos could be called a genuine one-man orchestra. Every time I hear one of his solos, it unwittingly brings me to a special place. He truly transcends time and space and enthralls his audience.

Min-On: People have categorized your music as World Music. How do you feel about that? Idan: I don’t mind being classified as World Music because the term World Music really represents the diverse cultures of my homeland Israel. Listening to the songs of Édith Piaf reminds us of France, and listening to Bob Marley immediately brings images of Jamaica to our mind. By the same token, if listening to my music reminds people of Israel, I would be very happy about that, because it means that people see me as an artist distinctly representing Israel.