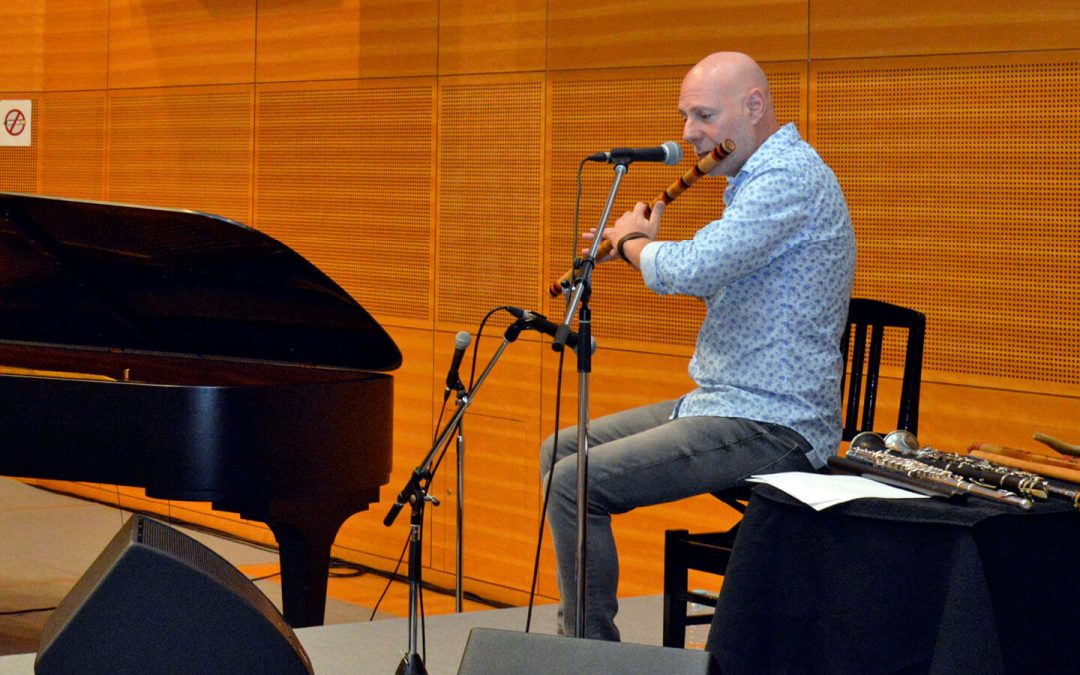 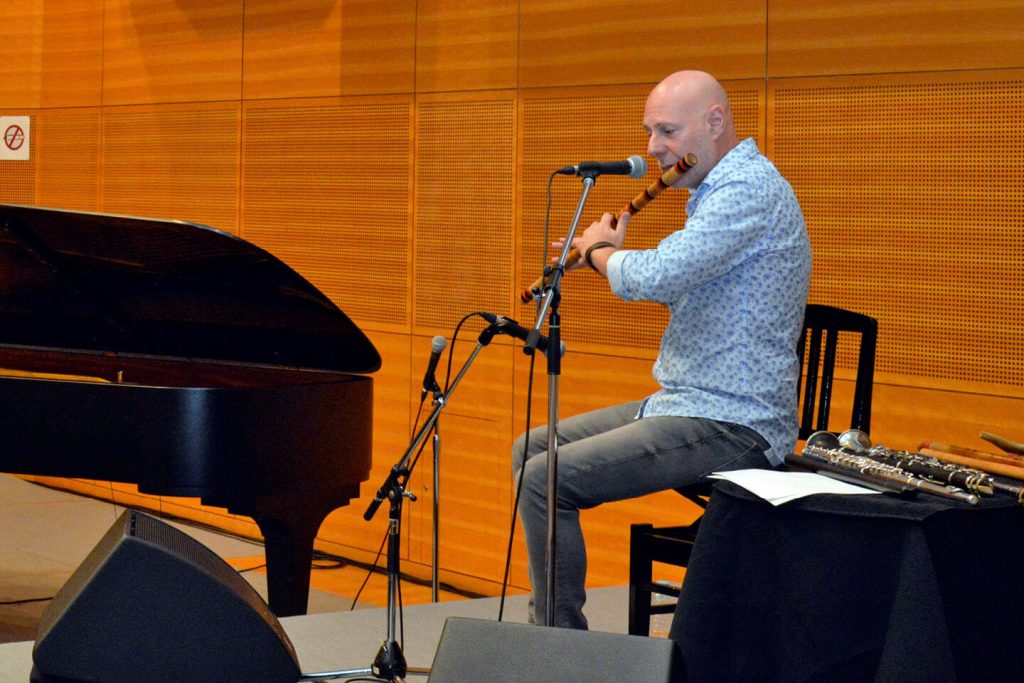 Since it was officially registered in Japan as an authenticated music museum in 2003, the Min-On Music Museum has periodically held a series of cultural lectures, workshops and mini-concerts as part of its admission-free public service activities with the aim of advocating and promoting music culture and education. On October 8, in conjunction with the Embassy of Israel in Japan, the internationally acclaimed Israeli artist Eyal Sela delivered a lecture and mini-concert entitled “The World of Woodwind Instruments” at the Museum Hall housed in the Min-On Culture Center in Shinanomachi, Tokyo.

Eyal Sela is an Israeli master artist of various woodwind instruments, who is often referred to as the Pied Piper of world music. During his lecture, Sela introduced a variety of ethnic woodwind instruments from around the world, including the Turkish clarinet, the Armenian dudak, the central Asian ethnic instrument with a double reed called a zuruna, an Indian bamboo flute called the bansuri, the Turkish ney flute, the Irish penny whistle, the Norwegian osterdal, and many other modern woodwind instruments. He explained the origin and evolution of each instrument one by one, and played each instrument in turn with sensitive technique so that the audience could enjoy the unique sound of each.

The latter half of the event was designated a mini-concert, and Sela was joined by another distinguished Israeli artist, Idan Raichel, who is a master keyboard musician as well as a singer-songwriter who burst onto Israel’s music scene in 2002. He is well known for his Idan Raichel Project, which creates distinctive collaborations with various artists of many different ethnic and musical backgrounds from around the world. Sela and Raichel have occasionally worked together in the Project and featured a few of their original pieces in this mini-concert, as well as some improvisations. Some 200 people, lucky winners selected by lottery, made up the audience, and all were delighted by the peaceful melodies and tranquil sounds of the vocal, piano and woodwind performance.

Idan Raichel will embark on his first nationwide tour of Japan in autumn 2015 at Min-On’s invitation in cooperation with the Israeli embassy in Tokyo.