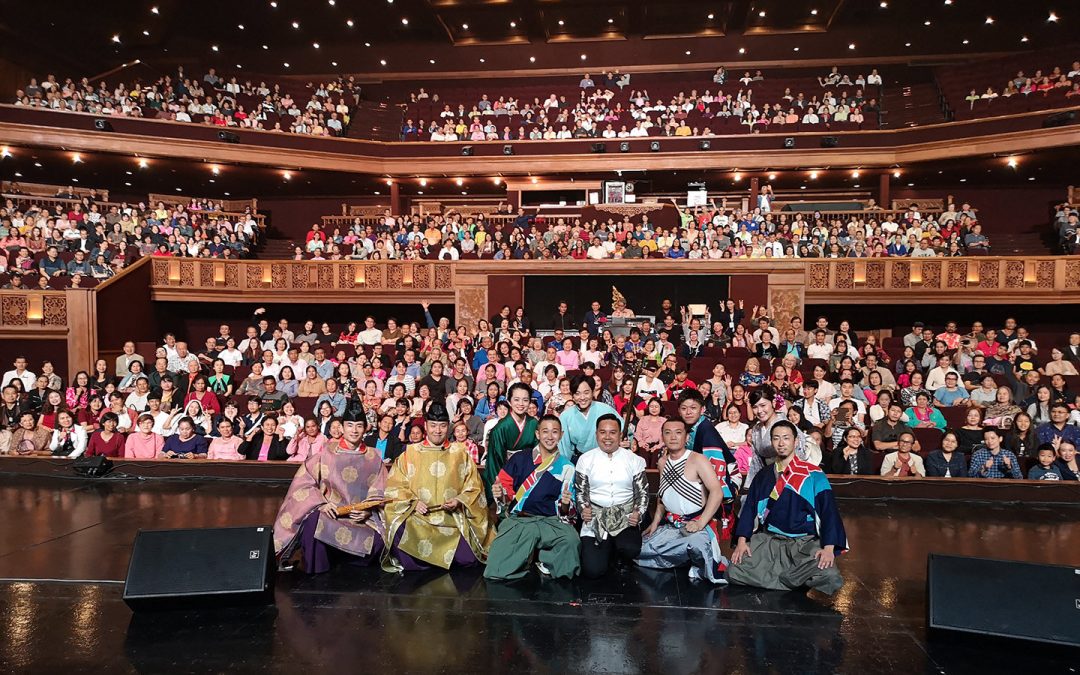 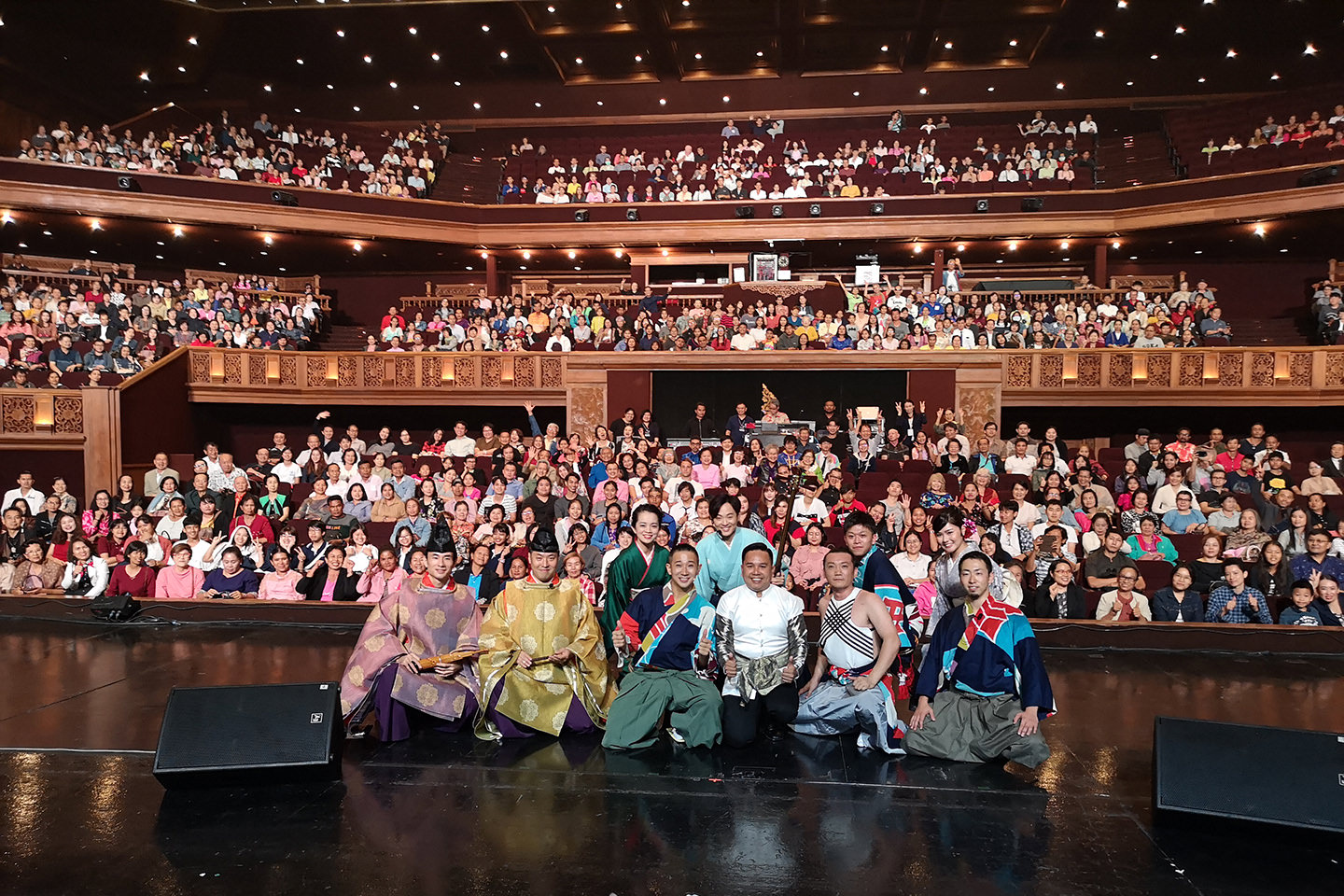 From October 12 to 20, 2019, the 6th Min-On Global Music Network was jointly held by Min-On, Thailand’s Ministry of Culture and the Embassy of Japan in Thailand to celebrate 10 years Mekong-Japan friendly relations.

Taiko drum group Kodo was dispatched to Thailand from Japan, including Shogo Yoshii, who has been with the group for 10 years and plays Japanese drums and cymbals, shinobue, kokyu, Tsugaru shamisen, hichiriki, sho, fue and 17-string koto. He is also a vocal performer. Traditional Thai ranat ek player Tossaporn Tassana also made a special appearance alongside Kodo, contributing to a concert that eclipsed genre boundaries and brought traditional Japanese music to Thailand.

On the first day of the performances in Chiang Mai, perhaps people weren’t used to hearing foreign artists, because they weren’t clapping right away. However, as the performance continued, the audience gradually warmed up. By the encore, the performers found that they could encourage the audience by calling out to them, and the silence from earlier completely disappeared as the whole venue surged with excitement. 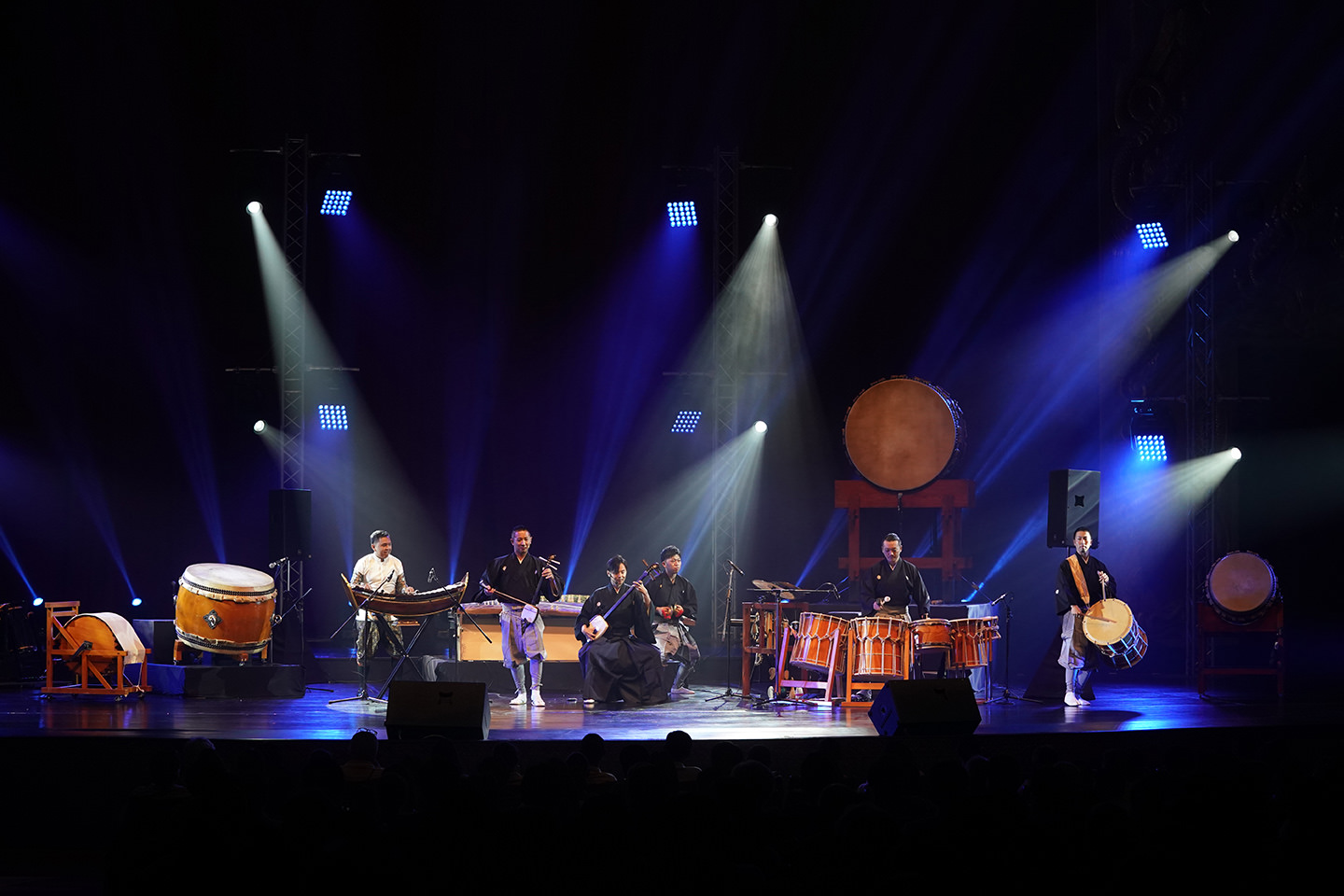 The performers were extremely happy, saying, “Even on the Japanese stage, this is a new performance for us, one we’ve been working on for two years. Being able to perform it for the first time abroad for this 10th anniversary event has greatly boosted our confidence.”

Parliamentary officials, councillors from the Ministry of Culture, the ambassador for Japan in Thailand and former Minister of Culture H.E. Mr. Vira Rojpojchanarat attended the concert. The former minister was extremely pleased with the success of the performance, encouraging the performers by saying, “Relations between Thailand and Japan are now even stronger.”

On the second day, a performance was held at the Thai National Theatre in Bangkok, and on the third and final day, two were held at Siam Pic Ganesha. All of these concerts were nearly at capacity and ended the 10-year anniversary on a triumphant note. 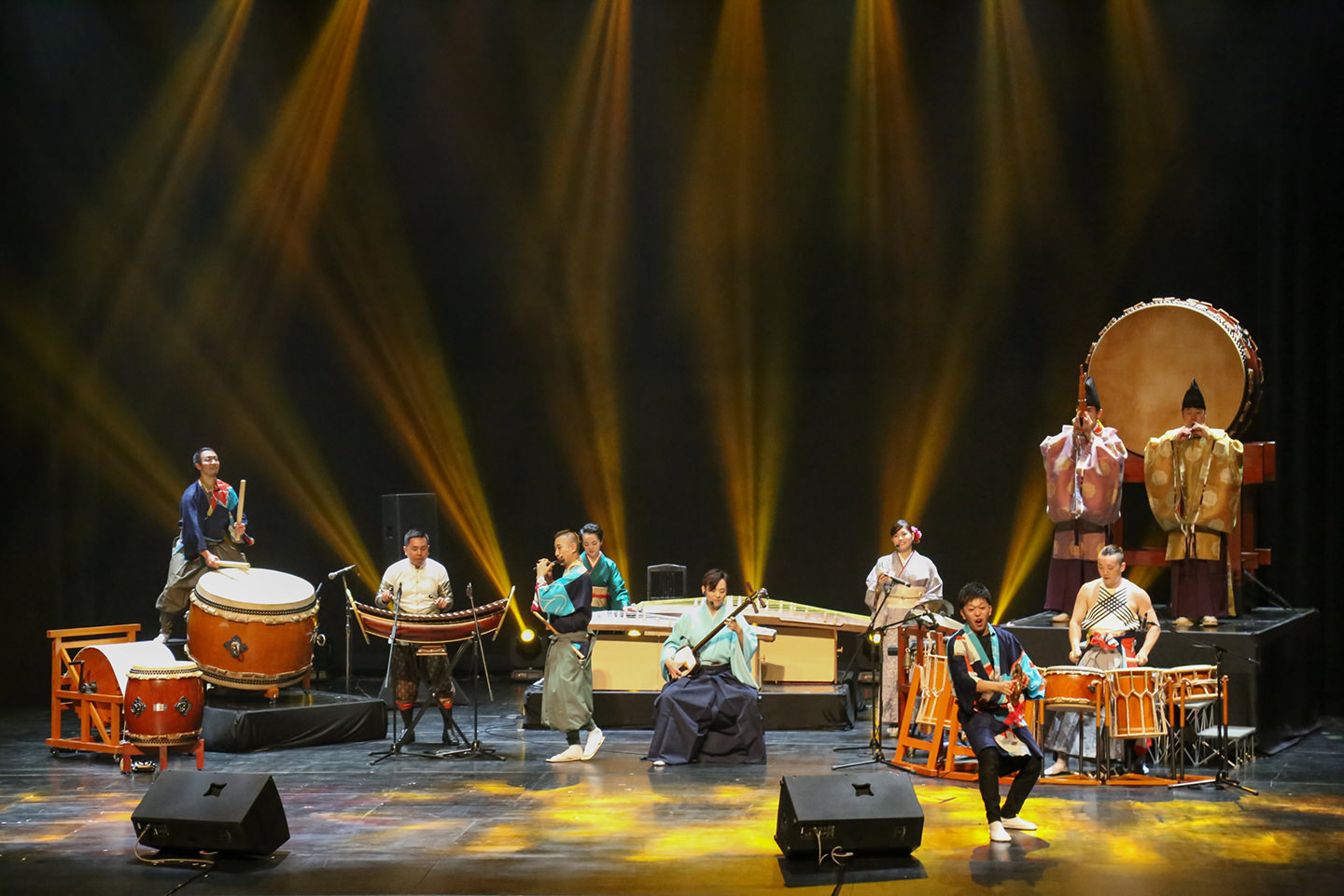