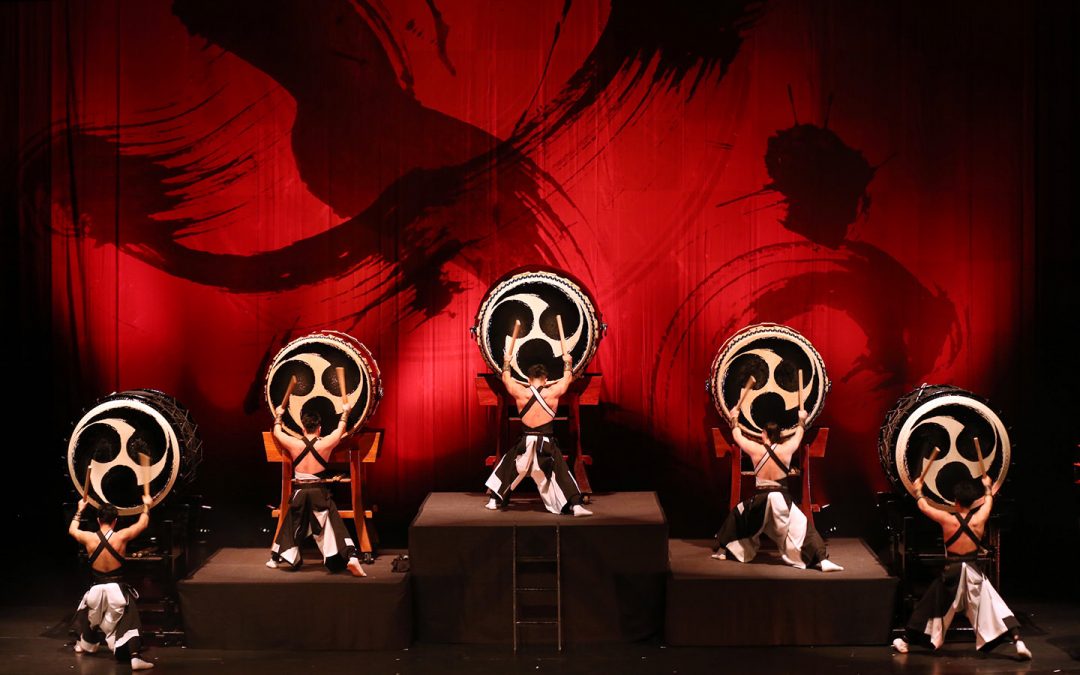 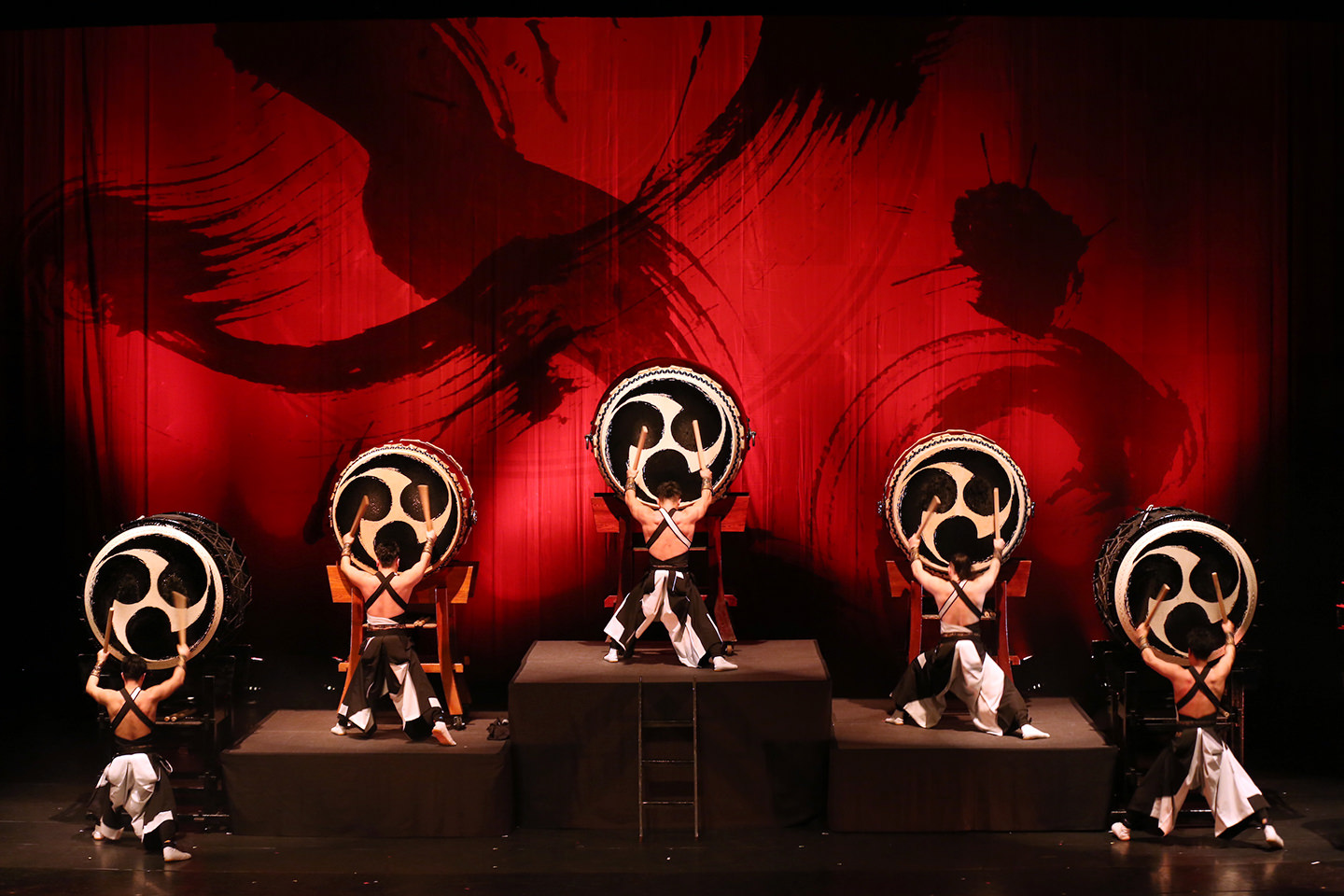 From April 10 to the 24, the Maidaiko Asuka Gumi was dispatched to Taiwan, where it performed nine times in five cities, including Taipei, and also at one school concert.

During the show, the breathtaking, overwhelming power of Japanese taiko drums and soul-stirring shino bamboo flute, shakuhachi flute and koto performances drew loud cheers and thunderous applause from the audience. In the taiko lecture corner, participants’ comical attempts at taiko drumming led the whole venue to erupt in laughter.

After the finale, the audience gave the performers a standing ovation, and the concerts were a great success!