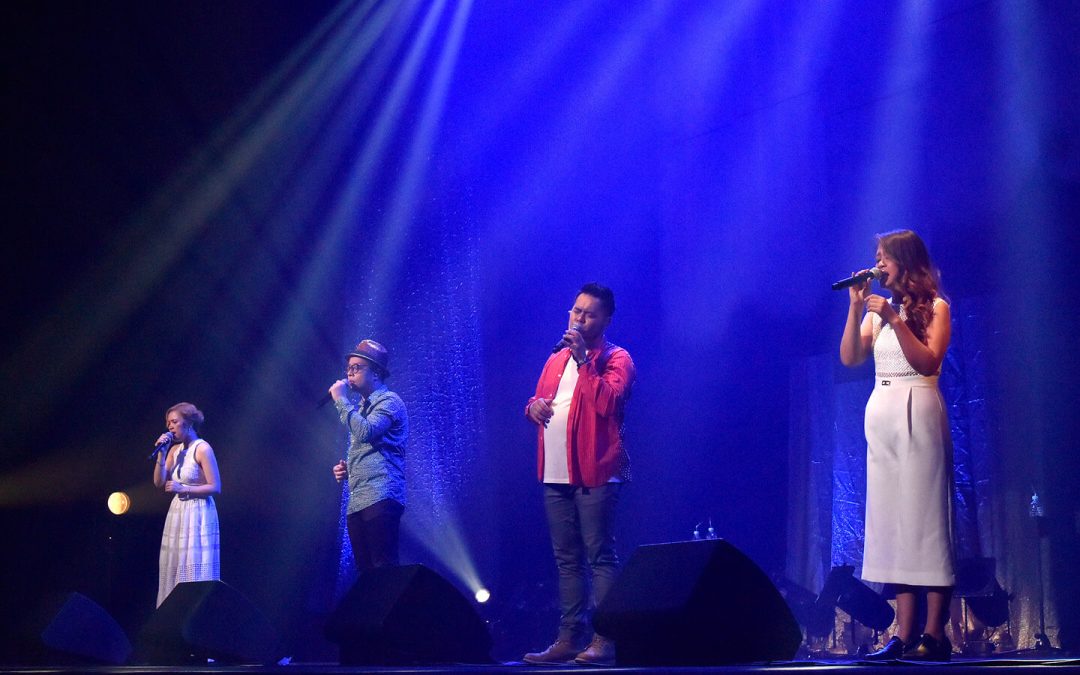 A cappella is not a specific genre of music, but a style of vocal music performance—group or solo singing without instrumental accompaniment. Singing is probably the first form of music that humankind created and experienced; the voice is a musical instrument that all human beings possess, regardless of their difference in race, ethnicity, or nationality. Everyone has the possibility to make music with his or her own voice and can experience a feeling of mutual communication through a cappella music. Min-On has invited a number of a cappella groups from all around the globe for harmonious vocal performances, fascinating thousands of audiences across Japan. Beginning May 27, 2017, at Min-On’s invitation, the Taiwanese a cappella group Gili—a lyric quartet consisting of two male and two female singers—embarked on a nineteen-city nationwide Japan tour ending on June 25.

The group’s name “Gili” means “weaving happiness through music” in the language of the Atayal people—one of Taiwan’s sixteen officially recognized indigenous Austronesian tribes. “Gili” can be attributed as the sound made by traditional weaving machines in Atayal onomatopoeia. “Gili” also symbolizes the members’ desire to weave their voices together in harmonious a cappella music. Featuring a diverse repertoire including Atayal traditional songs, such as “Sinramat” and “Swa I Yan,” to modern jazz and popular numbers, each of their colorful voices were intricately woven together onstage as the fabric of harmony. Gili’s award-winning a cappella artistry created a heart-to-heart connection with audiences at each concert across Japan.