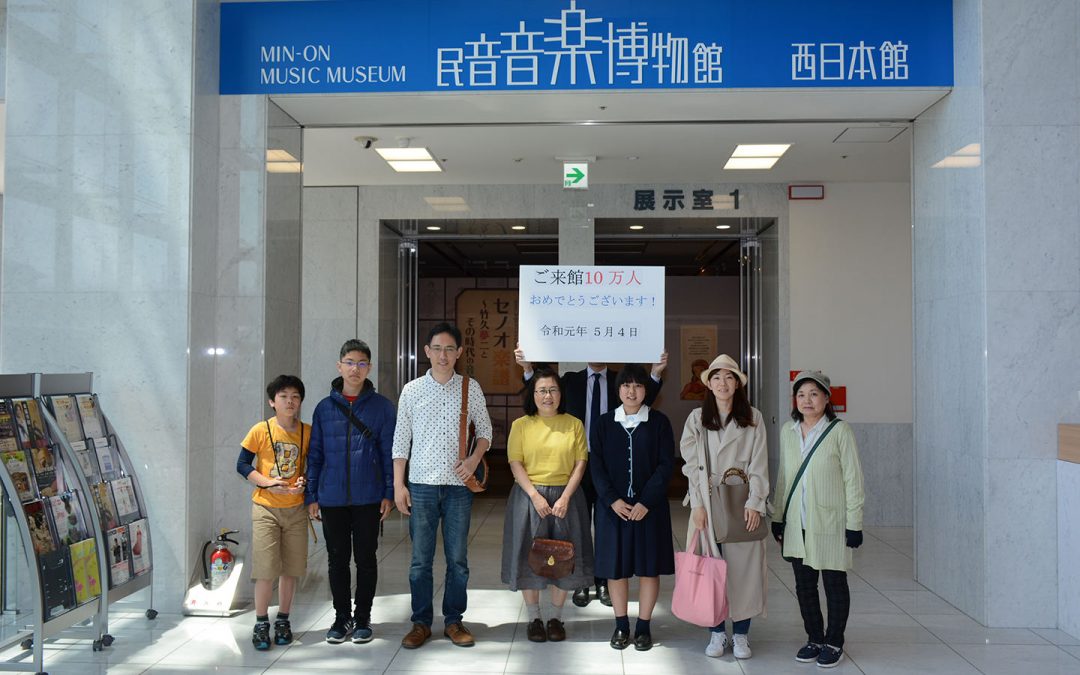 The Min-On Music Museum’s western branch has received many visitors in the seven years since it opened in April 2012, and on Saturday, May 4, that number reached 100,000.

Kazue has visited the museum several times before. Since it was Golden Week, she invited her daughter Masae along for the first time, and she was startled to learn that they were the museum’s 100,000th visitors! They toured the current exhibit, Senoo Sheet Music—Yumeji Takehisa and the Music of the Era, and spent time connecting with music and culture.

The Min-On Music Museum makes it possible to experience the wonder of music, and will continue to extend a sincere welcome to all visitors.