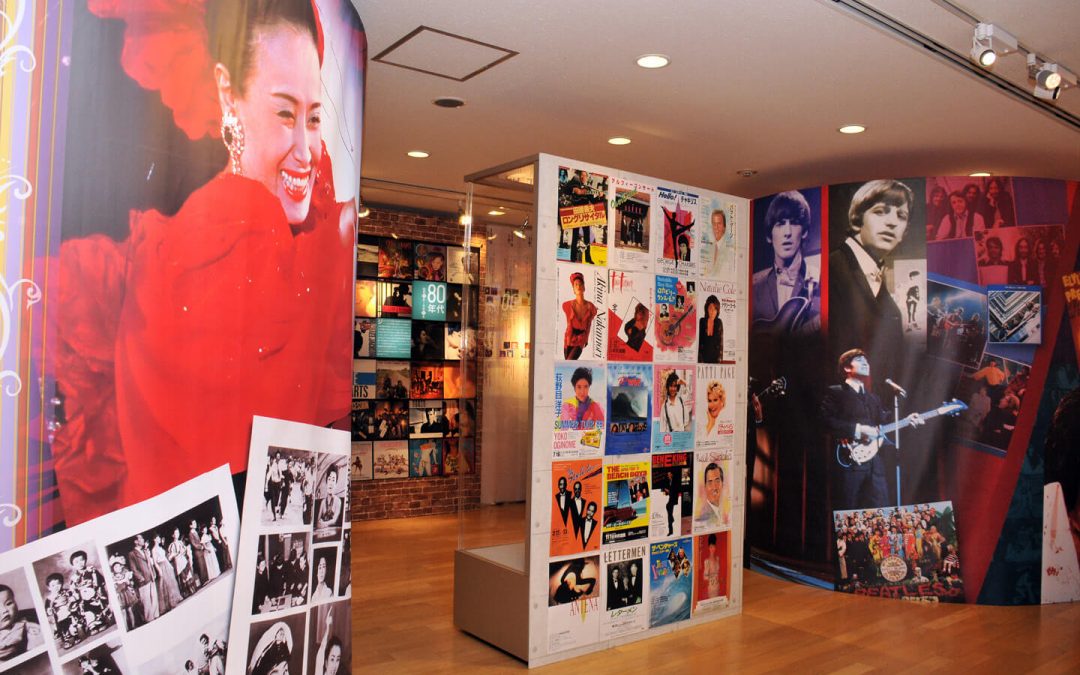 Commemorating the 70th anniversary of the end of World War II this year, the Min-On Music Museum opened a special exhibition entitled “Music Journey—the 70-Year Musical History of Post-World War II Era Japan” on September 8. Under the supervision of longstanding distinguished producer and music critic Naoki Tachikawa, who delivered a series of Min-On Cultural Lectures on the same theme, the exhibition showcases the history of the familiar standards of Japanese music developing under the influences of Western music, numerous technological innovations in sound sources and music-reproducing media, as well as musical instruments over the last 70 years. Visitors can enjoy a number of panels describing the dynamics of musical history in the post-war era and displays of memorabilia from epoch-making artists, concerts and albums. The exhibition in the special exhibit room of the Min-On Culture Center continues through December 20.