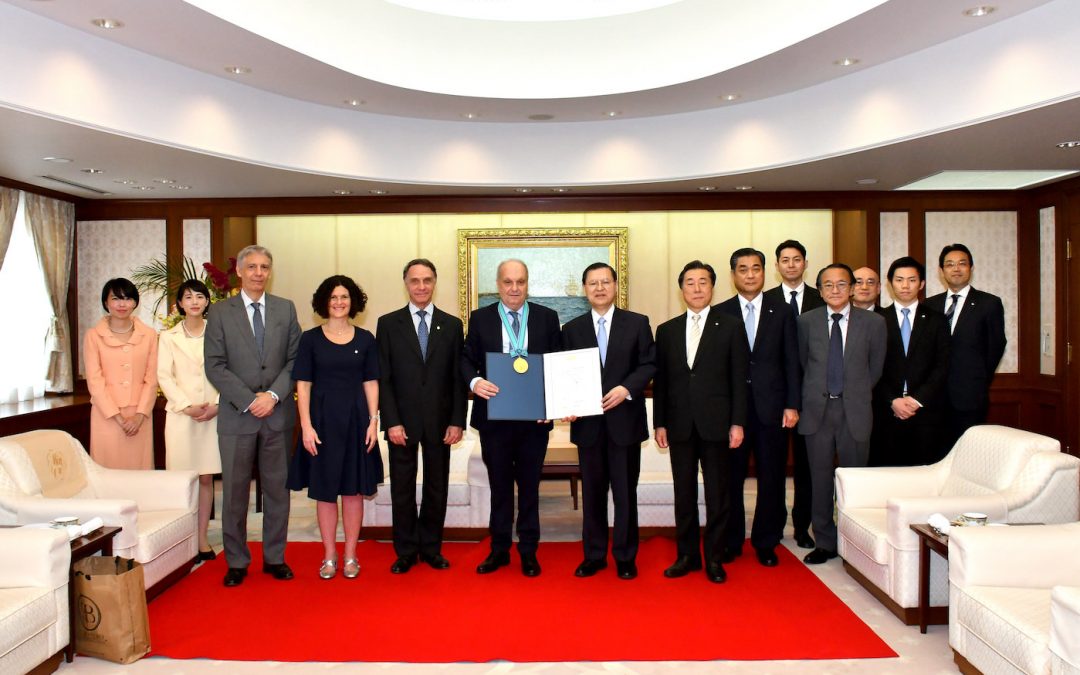 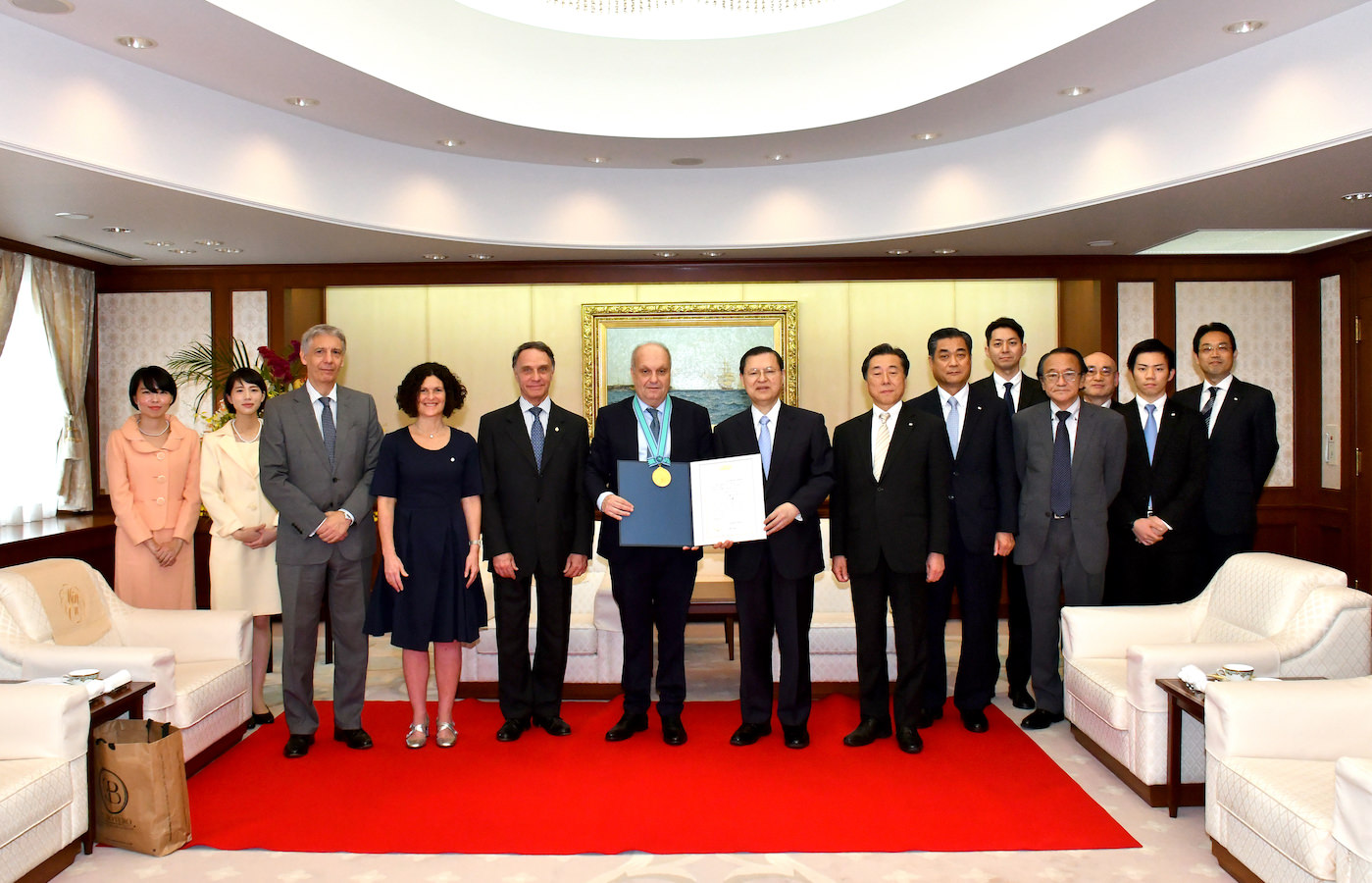 Minister Lombardi received the Min-On Highest Honor Award from the Association for his support for and promotion of the Min-On Tango Series, which has continued since an initial performance by the Orquestra Jose Basso in 1970.

In their talk, the Minister praised the Association for working to deepen appreciation of the culture of Argentinian tango in Japan and described Min-On as “a second embassy” for his country when talking about the Min-On Tango Series, which will be held for the 50th time next year.

Later, the Minister and the Ambassador visited the Min-On Music Museum.

In addition, a reception commemorating Minister Lombadi’s visit to Japan was held that night at the Min-On Culture Center B2 Museum Hall. Ambassadors, together with an acting ambassador, from 13 countries and dignitaries from a total of 15 countries were in attendance.