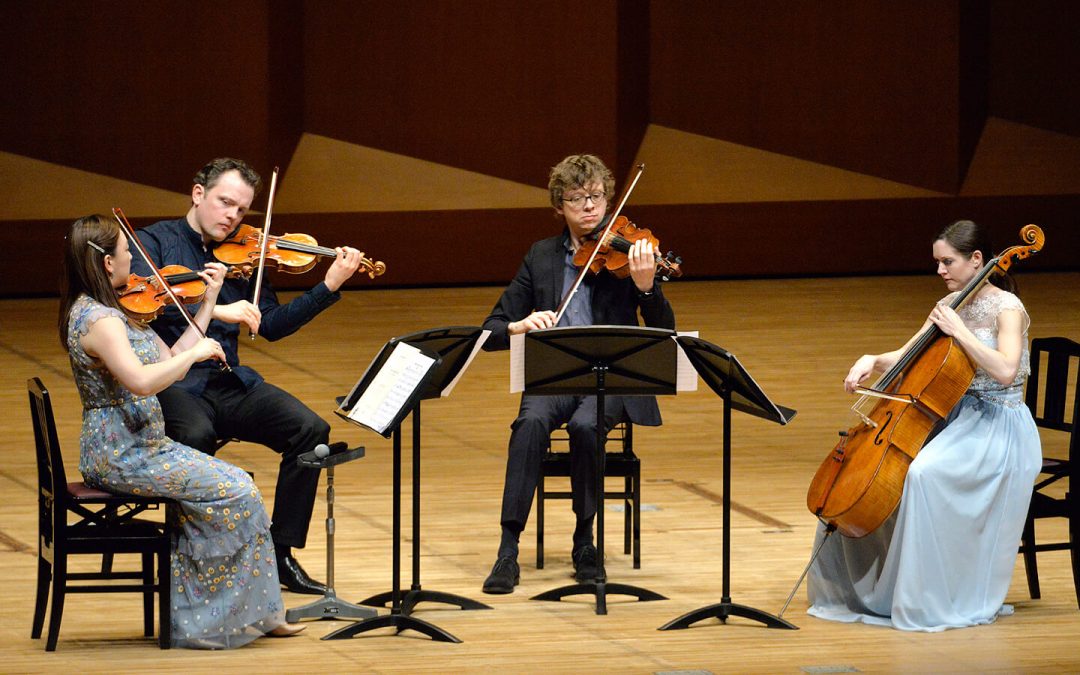 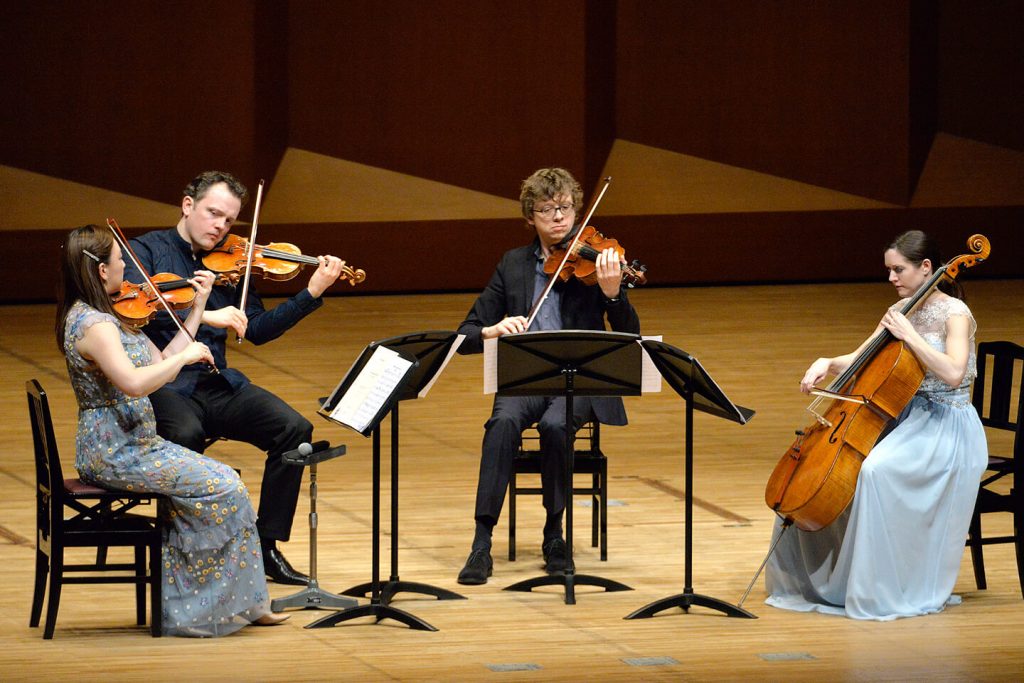 The Varian Fry Quartet is one such chamber music group, founded in 2012 by four members of the Berlin Philharmonic—Philipp Bohnen and Marlene Ito (violin), Martin von der Nahmer (viola), and Rachel Helleur (cello). The quartet was named in honor of the American journalist Varian Fry, who helped over 2,000 anti-Nazi and Jewish refugees escape Nazi Germany and the Holocaust, in an expression of the members’ deep respect for his courageous spirit. In 2018, to commemorate the 55th anniversary of its founding, Min-On invited the Varian Fry Quartet for their first ever 10-concert tour across Japan from January 29 through February 10. Their superb performance including Haydn: String Quartet in Es major, Op. 33-2 and Shostakovich: String Quartet No.8 in C minor, Op.110 was greeted by enthusiastic applause from the capacity audience at each venue, amazed by the virtuoso musicianship of the Berlin Philharmonic.