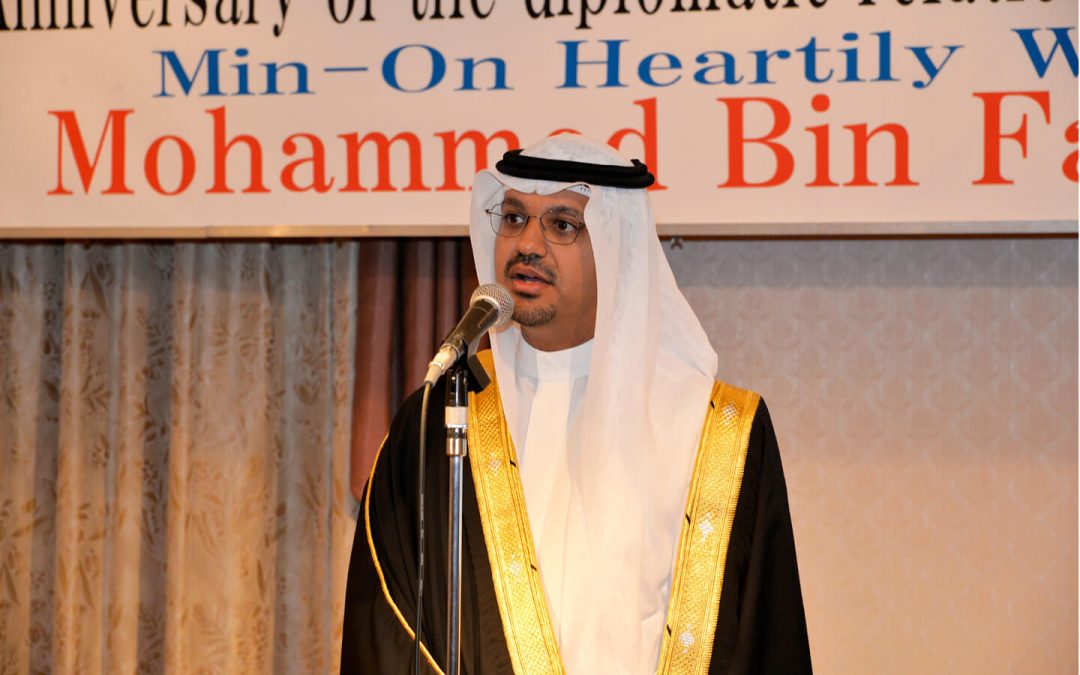 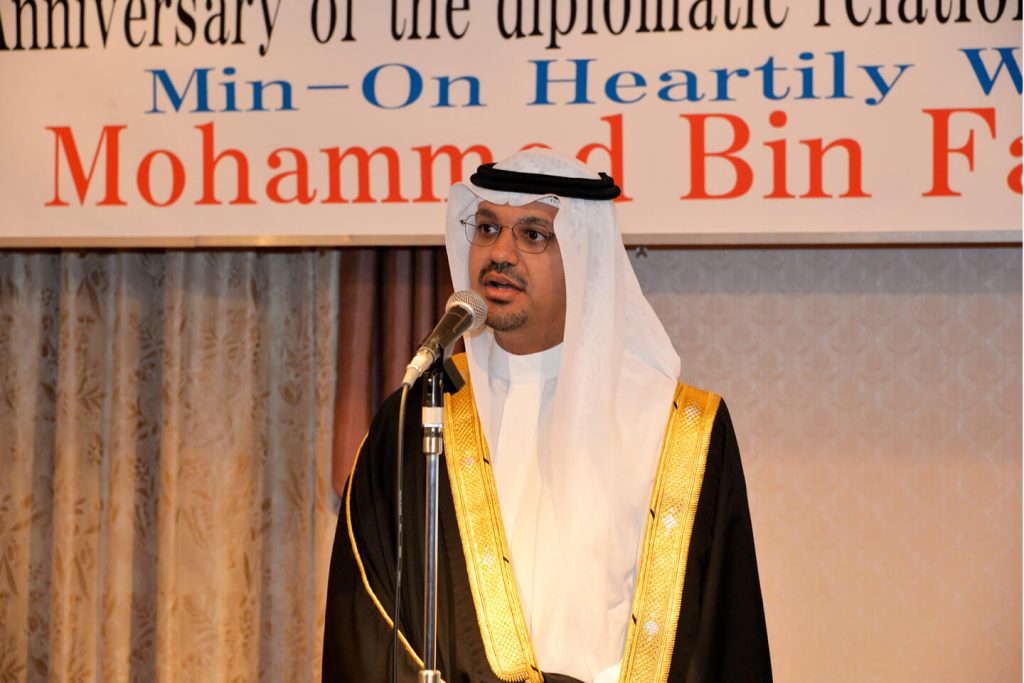 On the evening of October 27, at the mid-way point of their Japan tour, the Bahrain Art Troupe took to the stage at Nakano Sun Plaza Hall for their Tokyo premiere. The capacity audience included H.E Shaikh Khalifa bin Ahmad Al-Khalifa, Director of Museums & Antiquities Directorate, a member of the royal family who led the delegation of the Bahrain Authority for Culture and Antiquities to Japan. Also, H.E. Dr. Khalil bin Ibrahim Hassan, who initiated the collaboration with the Min-On Concert Association as Bahraini Ambassador to Japan three years ago to realize this event, was in attendance alongside ambassadors, diplomats and many distinguished guests from 15 different countries.

Immediately after the performance, a commemorative reception was held in the banquet hall of the same venue, attended by dignitaries and distinguished guests alongside the members of the Bahrain Art Troupe. 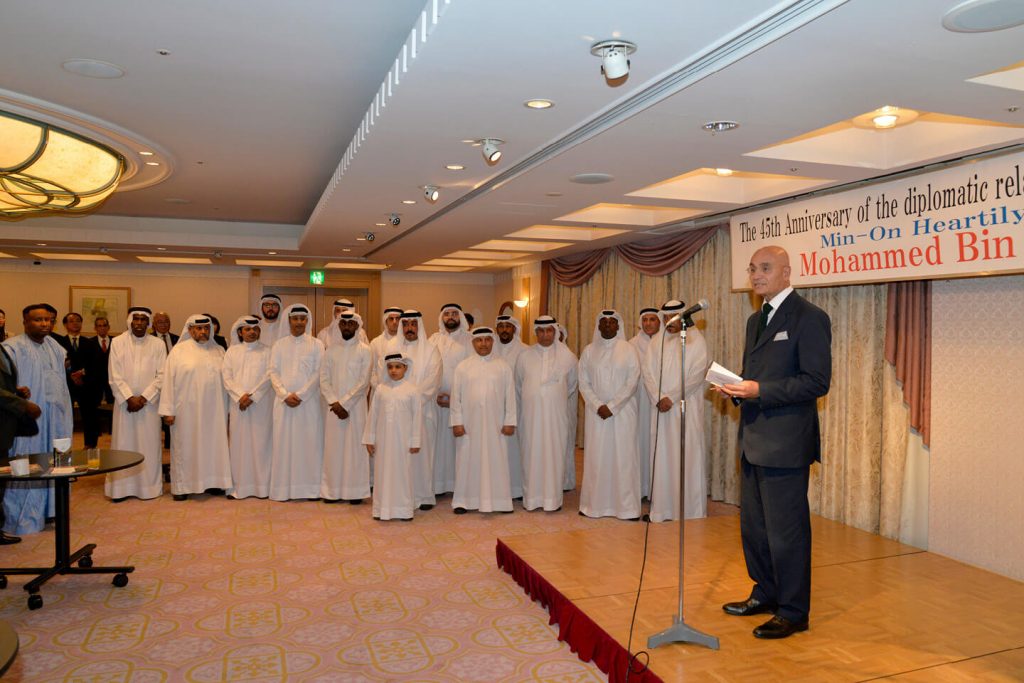 After H.E. Dr. Khalil Hassan expressed thanks for the event coming to fruition and addressed the significance of the delegation dispatched by the Bahrain Authority for Culture and Antiquities, Director H.E Shaikh Khalifa gave a speech in commemoration of this magnificent cultural exchange.

His Excellency praised the art and culture-related cooperation and partnership between the Kingdom of Bahrain and Japan in recent years, remarking, “I am glad for positive feedback from the organizers and the Japanese audience regarding tonight’s performance. I hope that this will encourage many more Bahraini cultural events in Japan in the future. Lastly, my wish is that the performance you saw today will encourage you to visit Bahrain and experience our rich cultural heritage.”