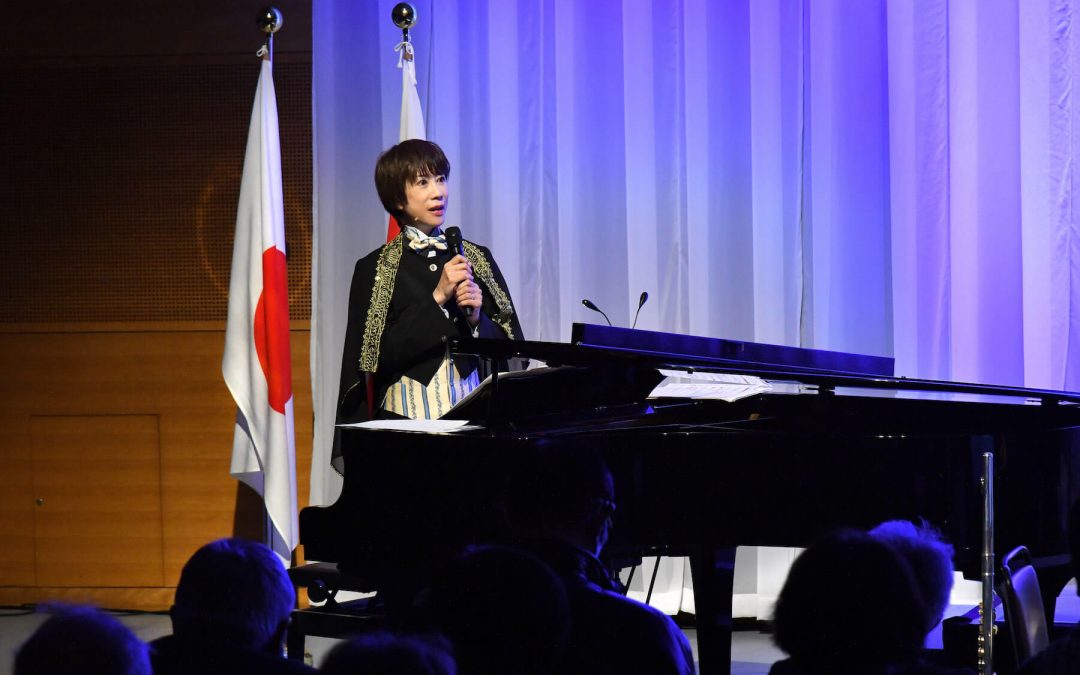 On December 2, 2022, the Min-On Concert Association and the Embassy of the Kingdom of Bahrain in Japan, co-organized a special “cultural lecture” to commemorate the 50th anniversary of formal diplomatic relations between Japan and Bahrain. Min-On organizes the series with respective embassies to introduce Japanese audiences to the music culture of the country being highlighted. 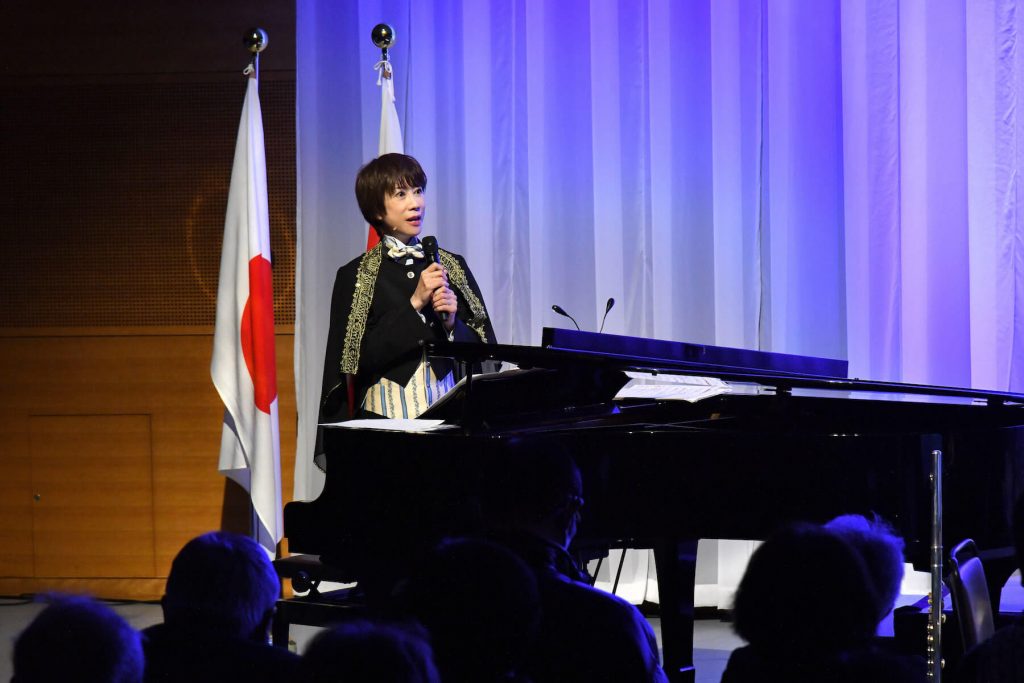 Held during the day and evening at the Min-On Culture Center in Tokyo, the day concert began with greetings from the Bahraini Embassy Second Secretary Nawal Aljassim, who gave a brief introduction of her country’s history and culture.

That was followed by a concert performed by Missa Johnouchi, a UNESCO Artist for Peace who has also directed a series of World Heritage Torch-Run concerts worldwide. She was joined by several members of the Torch-Run orchestra, with Hideyo Takakuwa on the flute, shinobue flute and tin whistle; Nagisa Kiriyama as 1st Violin; Kioko Miki on the violin; Kaoru Kuroki on the viola; Masashi Abe on the violoncello; and Hideo Funamoto on percussion, taking part. Among the songs that were presented were “Road to Oasis” and “Desert Moon,” both composed with Bahrain as their motif. They then partnered with the Toho College of Music Toho Junior & Senior High School Voluntary Choir in a resounding rendition of “Peace of Mind,” an official song of UNESCO. 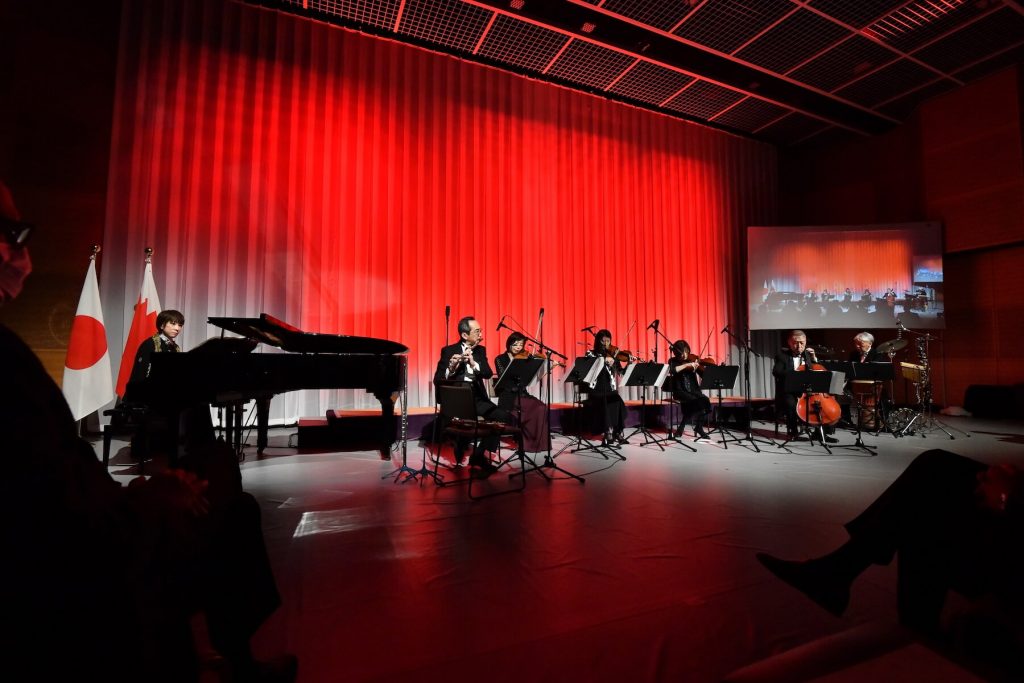 Senior envoys and ambassadors from 17 countries, along with representatives from companies and organizations, took part in the evening concert. His Excellency Ahmed Mohamed Yusuf Aldoseri, Ambassador Extraordinary and Plenipotentiary of the Kingdom of Bahrain to Japan, delivered the opening remarks, followed by a series of musical scores performed with aim of further strengthening bilateral ties. 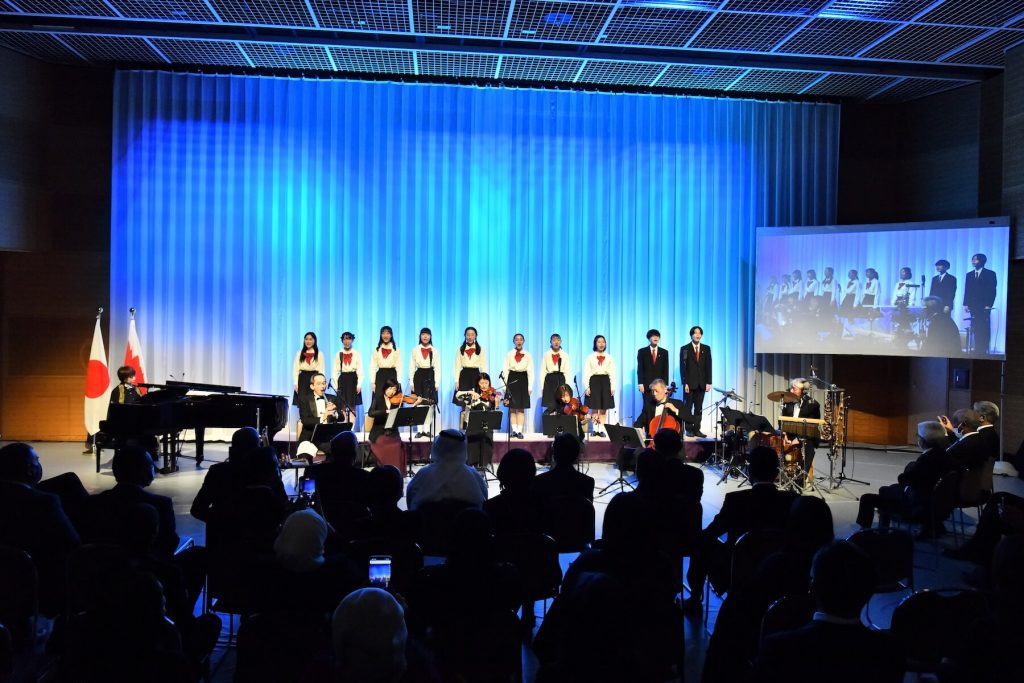 This and other events are made possible by members of Min-On’s subscription-based operating structure.