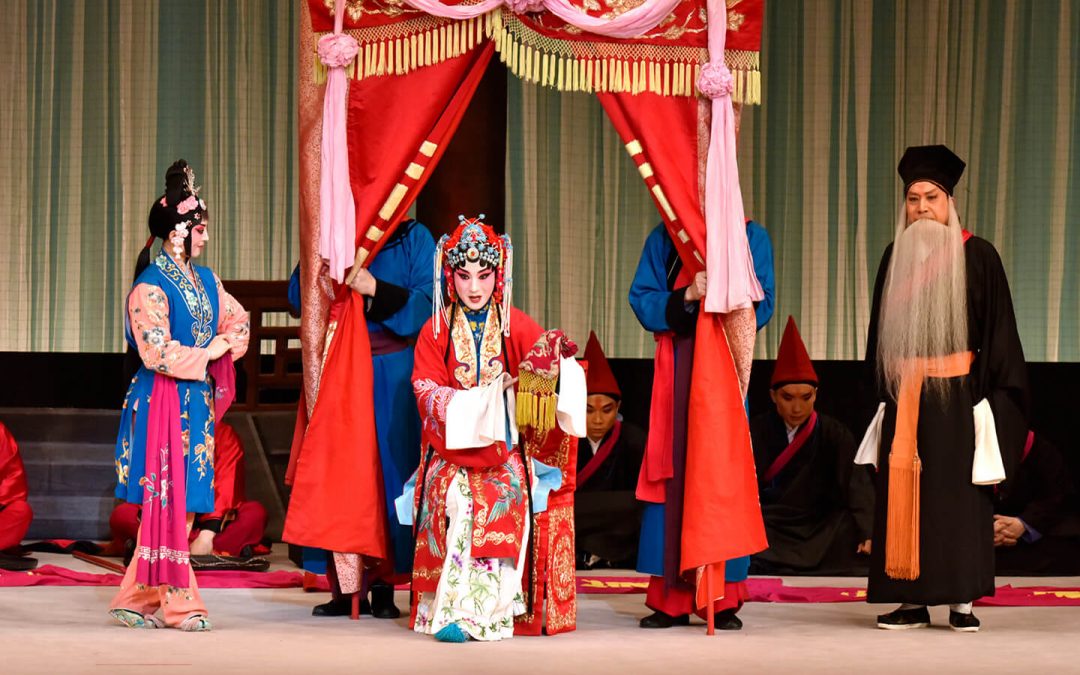 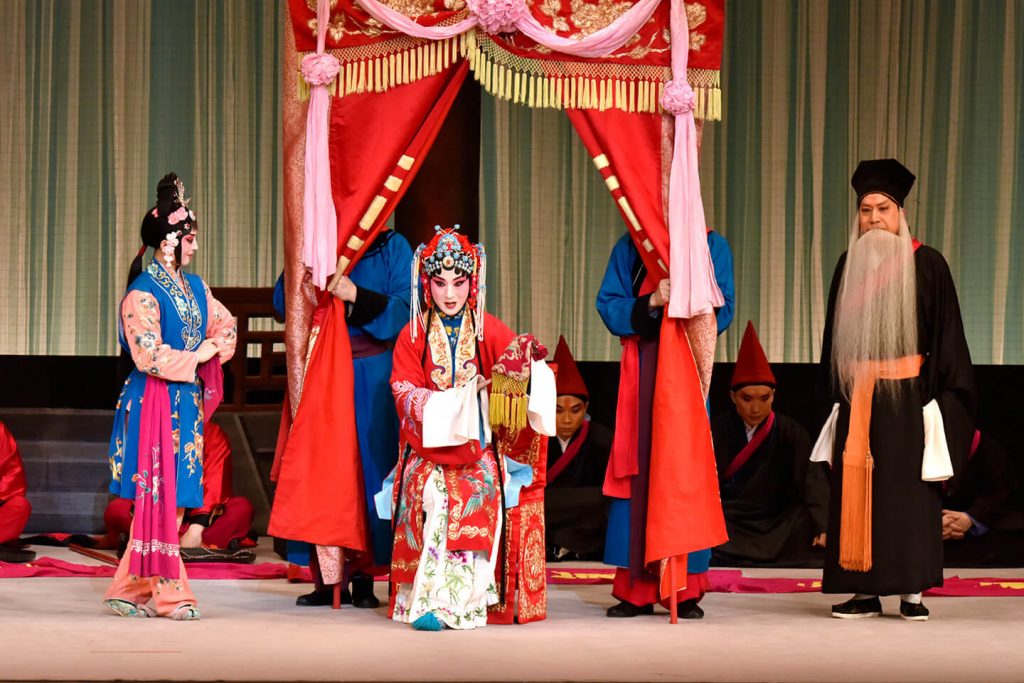 Min-On: This is the fifth time for the CNPOC to be invited to Japan for a nationwide tour by the Min-On Concert Association. Please tell us about the CNPOC.

Mr. Yu Kuizhi: The China National Peking Opera Company has a long history of cultural exchange with Japan, going back to the time of our first president, the legendary Mei Lanfang. There are a variety of important elements in the performance of Peking Opera, including mastering the four main skills essential for performers to captivate an audience: song, speech, dance acting and combat. Dance acting includes pure acting, pantomime and other types of dancing, and combat includes both acrobatics and fighting scenes with different kinds of weaponry. Each performer fully utilizes these four skills and exhaustively showcases their mastery of Peking Opera performance—the pinnacle of performing arts. 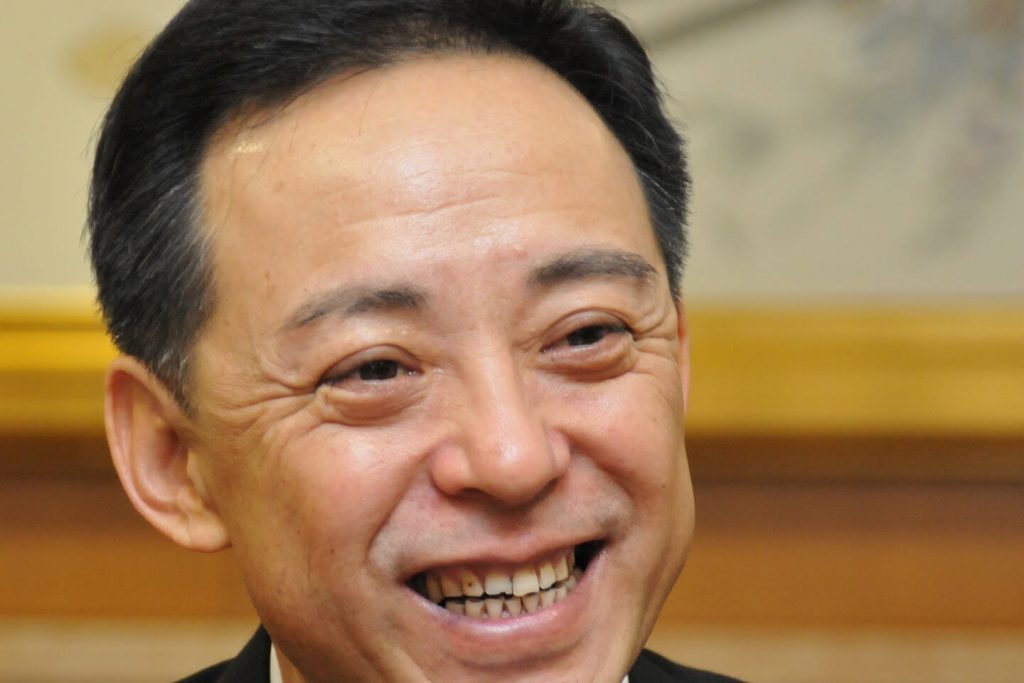 Min-On: For this tour, you present a special production entitled A Selected Three of the Most Prestigious Peking Opera Masterpieces—Great Epics of Justice, Love and Gratitude.

Ms. Li Shengsu: Yes. The first is Journey to the West, one of the most popular Chinese classical masterpieces, which is well known even in Japan as an exciting story of the monkey king Sun Wukong. For this tour, we selected one of the scenes from Journey to the West entitled Jin Qianbao—the monkey king’s battle against the leopard monster Jin Qianbao—and perhaps Japanese people do not know much about the scene. This scene displays difficult combat techniques, such as Jin Qianbao’s masterful skill with the spear, which can only be attained through dedicated, rigorous training. It is truly a great epic of justice. 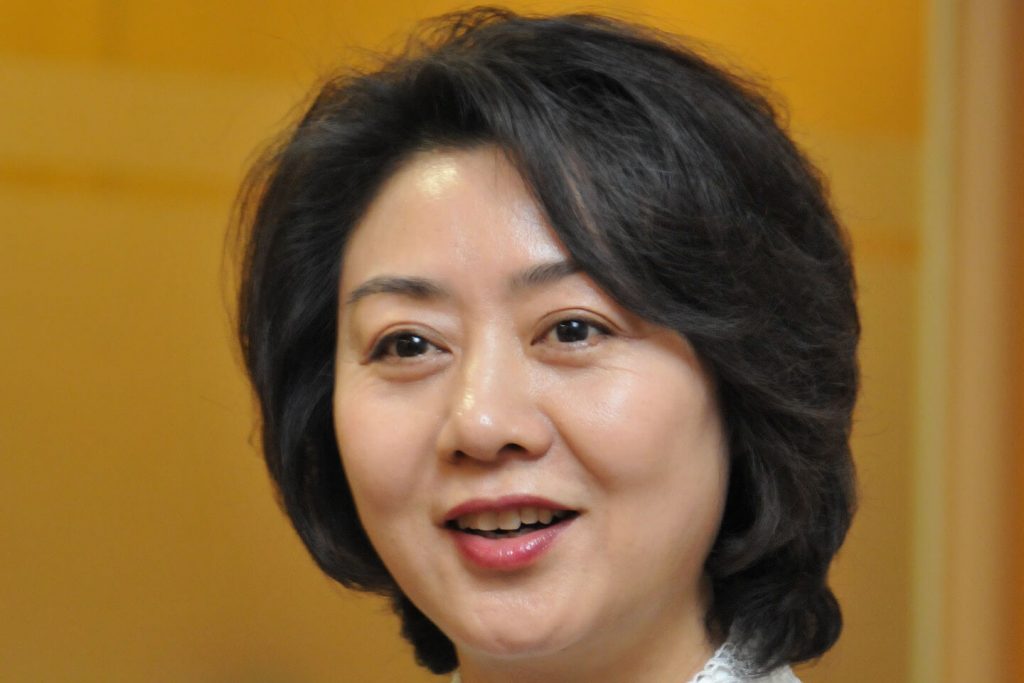 Mr. Yu Kuizhi: The second masterpiece is Yang Yuhuan and Emperor Xuanzong of Tang—a very famous love story of the Emperor Xuanzong of Tang and his favorite concubine, Consort Yang Yuhuan. It is a great epic of love, a monumental work lasting more than three hours on stage. Thus, we selected just one famous scene, the reciting of The Song of Everlasting Regret, which is one of the most popular poems from the Tang Dynasty written by the legendary poet Bai Ju-Yi. Please note the virtuoso skill in song and speech by the performers in this beautiful scene.

Ms. Li Shengsu: During the second performance, Yang Yuhuan and Emperor Xuanzong of Tang, you will probably be drawn to the high-pitched voices of song and speech, but in the performance of Suo Lin Nang: An Embroidered Treasure Pouch, you should notice more depth and complexity in song and speech. Also, please enjoy the flowing and elegant styles of dance acting, accented by the long trailing sleeves of the costumes. The story of Suo Lin Nang focuses on the fabric of human relationships, and also exemplifies the ups and downs of human life. While enjoying this performance, the audience will learn the importance of realizing that people live interdependently and help and assist one another.

Min-On:  When did you begin your careers as performing artists?

Mr. Yu Kuizhi: We both entered the world of Peking Opera at the age of ten. We enrolled in a specialized Peking Opera school, studied the basic theories of drama and received fundamental training, which was physically strenuous. The classroom study was also strict, but we would rather attend class compared to the grueling physical sessions. Many Chinese actors  come from a background of Peking Opera, learning at similar schools. For example, the action movie star Jackie Chan also came from a Peking Opera background. Although many young people enter the world of Peking Opera at one time, the China National Peking Opera Company is a direct gate leading to a career. And only five or six people selected from all of China are allowed to enter each year.

Min-On: Please share your impressions of this tour to celebrate the 45th anniversary of the normalization of diplomatic relations between China and Japan.

Mr. Yu Kuizhi: As someone who has been involved in cultural exchange for many years, joining this Japan tour to fulfill our mission is a distinct honor. China and Japan have a relationship stretching back to ancient times, and it is vital to continue mutual exchange of culture and arts, no matter our economic and political climates. The people of China recognize and sincerely appreciate the dedication of the Min-On Concert Association and its founder, Dr. Daisaku Ikeda, for promoting so many cultural exchange opportunities to deepen mutual understanding and strengthen our relationship. In that sense, I sincerely wish to reiterate my great admiration for the founder’s faithfulness to the late Chinese Premier Zhou Enlai, working towards the realization of friendly China-Japan relations. Also, my deepest gratitude goes towards Min-On’s untiring efforts and accomplishments over the past 40 years.