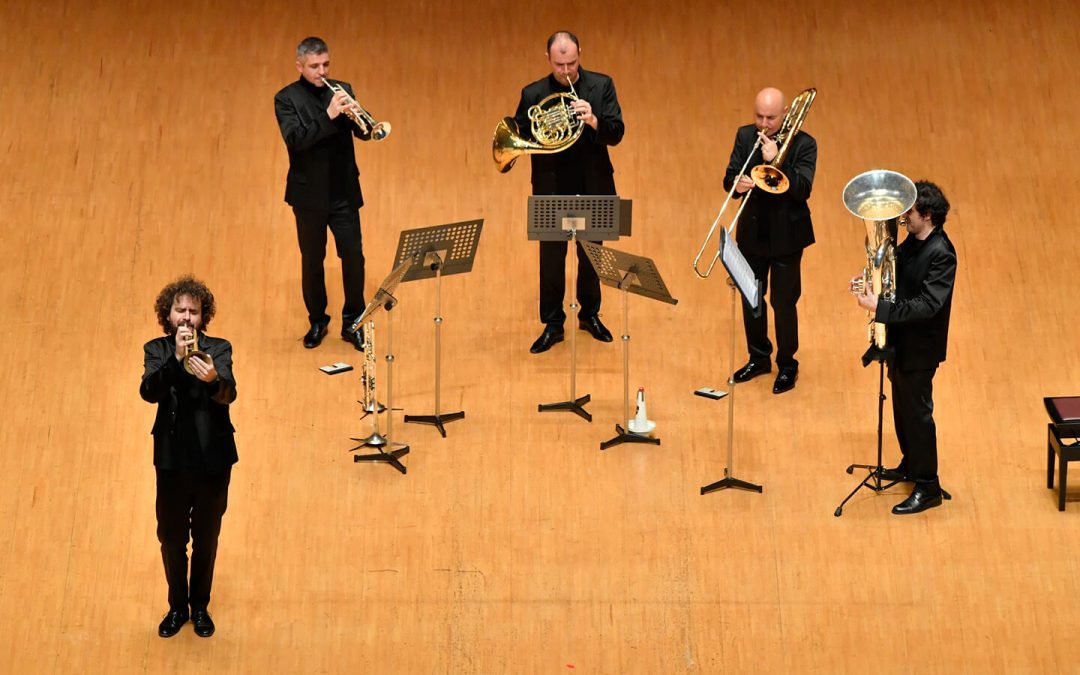 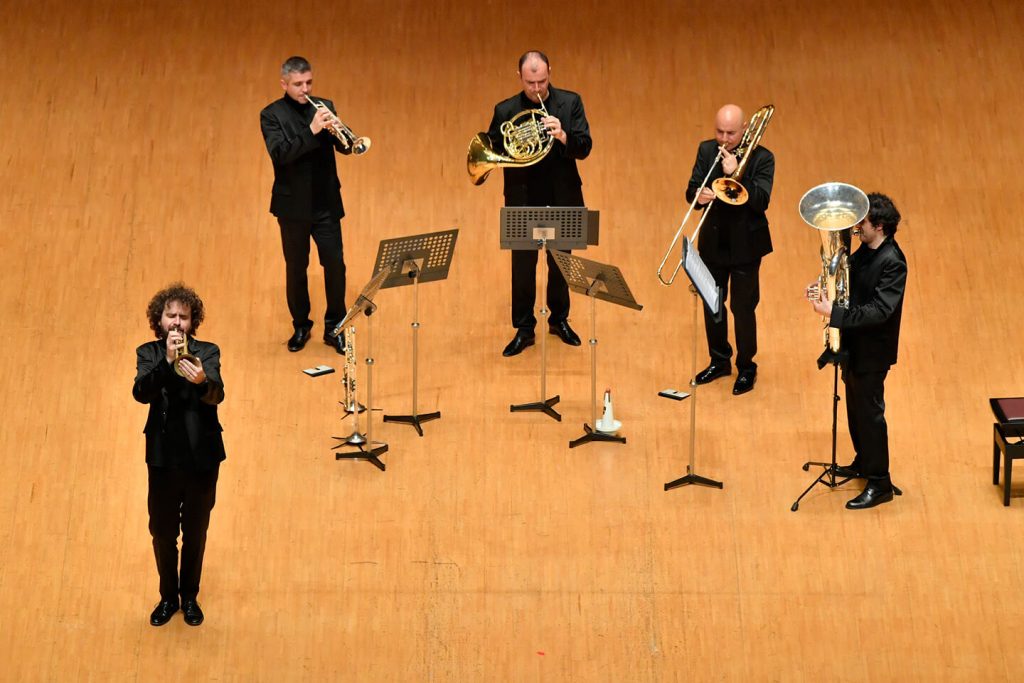 Music includes myriad types of ensembles, from classical orchestras, string and wind ensembles, to jazz and rock bands, as well as choirs, consisting solely of vocalists. Among these ensembles, the brass quintet has established popularity since appearing in the later half of the 20th century, beginning with the Chicago Brass Quintet, the American Brass Quintet and the Canadian Brass. Brass quintets perform a wide rage of music with only brass instruments, typically including two trumpets, one French horn, one trombone and one tuba.

This winter, to commemorate the 150th anniversary of diplomatic relations between Japan and Italy, Min-On invited the Gomalan Brass Quintet, an outstanding Italian brass quintet, for a 14-city Japan tour from November 28 through December 16, 2016. Each member of the prize-winning brass quintet belongs to the world of classical music in Italy. Yet once gathered as Gomalan Brass, they display a broad repertoire through their virtuoso brass instrument techniques. One of their concerts in Tokyo was held at the majestic Tokyo Metropolitan Theatre Concert Hall. Part one of the program comprised various pieces of favorite light classics. Part two covered a wide rage of soundtracks from popular movies, such as Indiana Jones, Star Wars, the Italian masterpiece New Cinema Paradise and the Japanese animated film Lupin the Third. Each quintet member took turns as emcee, inserting comical quips in broken Japanese in between their performance. Throughout the concert, the Gomalan Brass Quintet was greeted with enthusiastic applause and laughter from the Japanese audience acknowledging their incredible blend of virtuoso musicianship and offbeat humor.