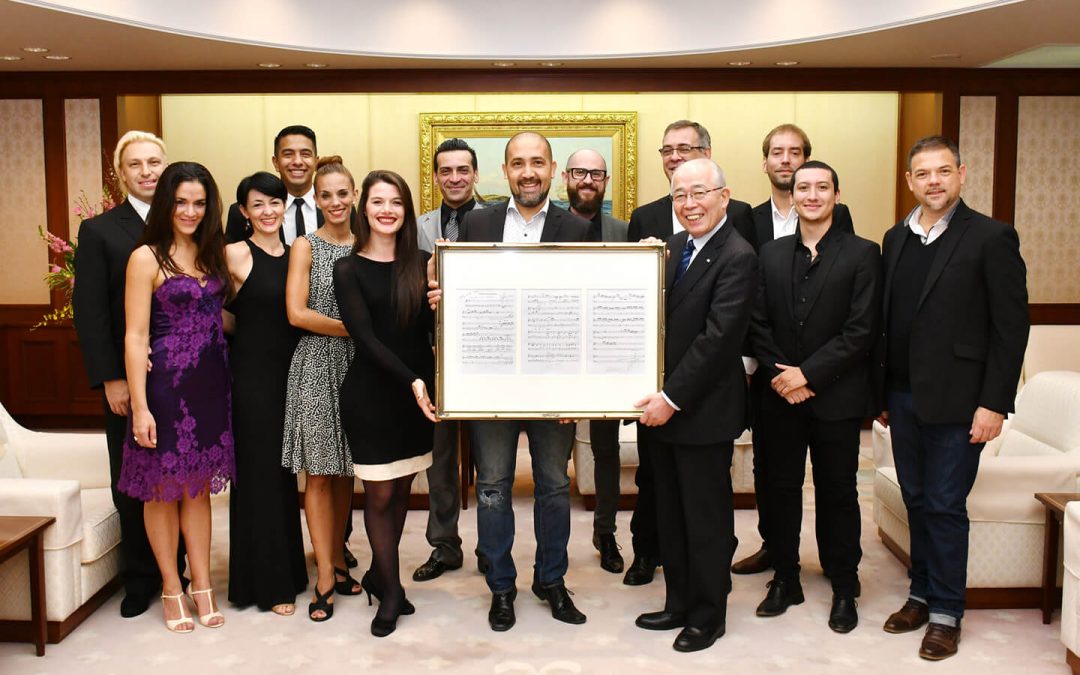 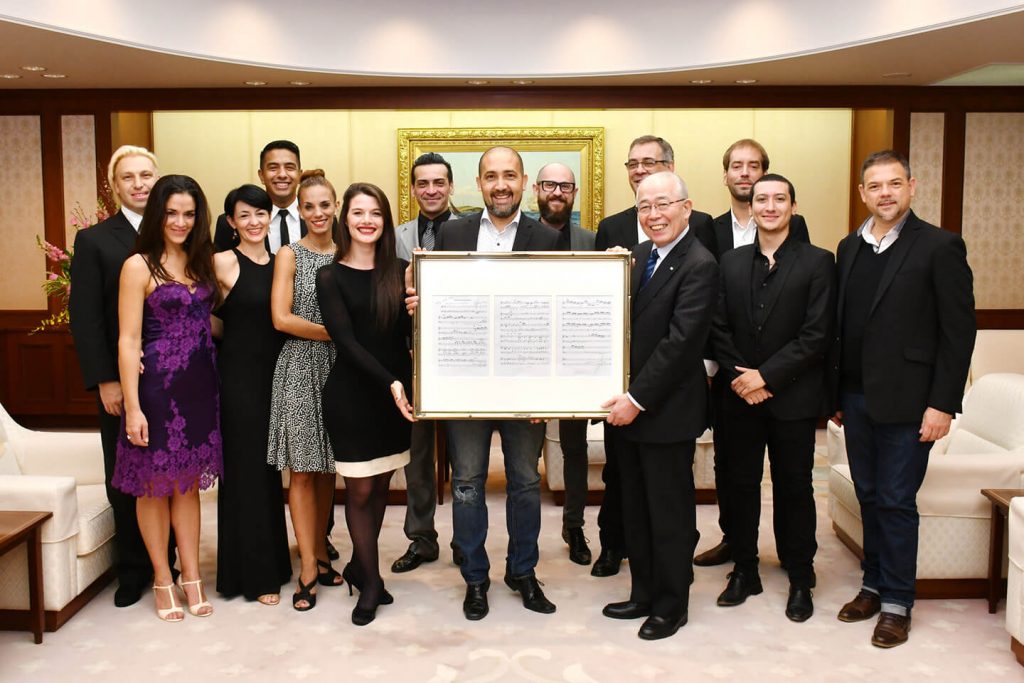 Horacio Romo, together with the members of his special ensemble for the Japan tour of Dramatic Tango 2017, visited the Min-On Culture Center in Tokyo on January 20 before embarking on the nationwide tour. After being warmly welcomed by staff members of the Min-On Concert Association, during his formal meeting with Min-On President Hiroyasu Kobayashi, Romo expressed his personal admiration and warmest appreciation: “It is my greatest pleasure to visit Japan once again for my own sextet’s nationwide tour. I have been aware of Min-On’s contributions to tango culture in Argentina, but when I came to Japan in 2013 as a member of Nicolas Ledesma’s orchestra for the 44th installment of the Min-On Tango Series, I realized how much Min-On has contributed to fostering thousands of tango lovers in Japan. As a token of my appreciation, I wrote an original composition entitled Camino en el Amanecer (in English: A Path to the Dawn) to express my determination for progressing together with people worldwide on a path of hope, towards a more peaceful world.” At the end of the meeting, maestro Romo, alongside all the tour members, presented the framed score of Camino en el Amanecer to Min-On Founder Daisaku Ikeda, which was received on his behalf by the president. His new composition premiered during the Japan tour.