The Bayanihan Delights Audiences with Rich Diversity of Filipino Culture 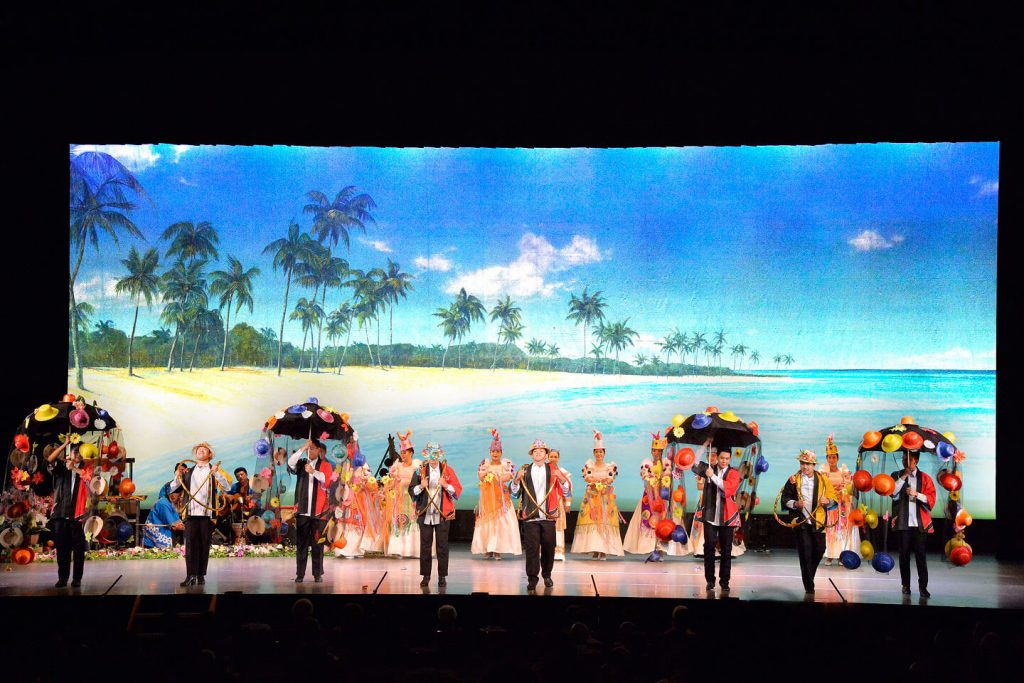 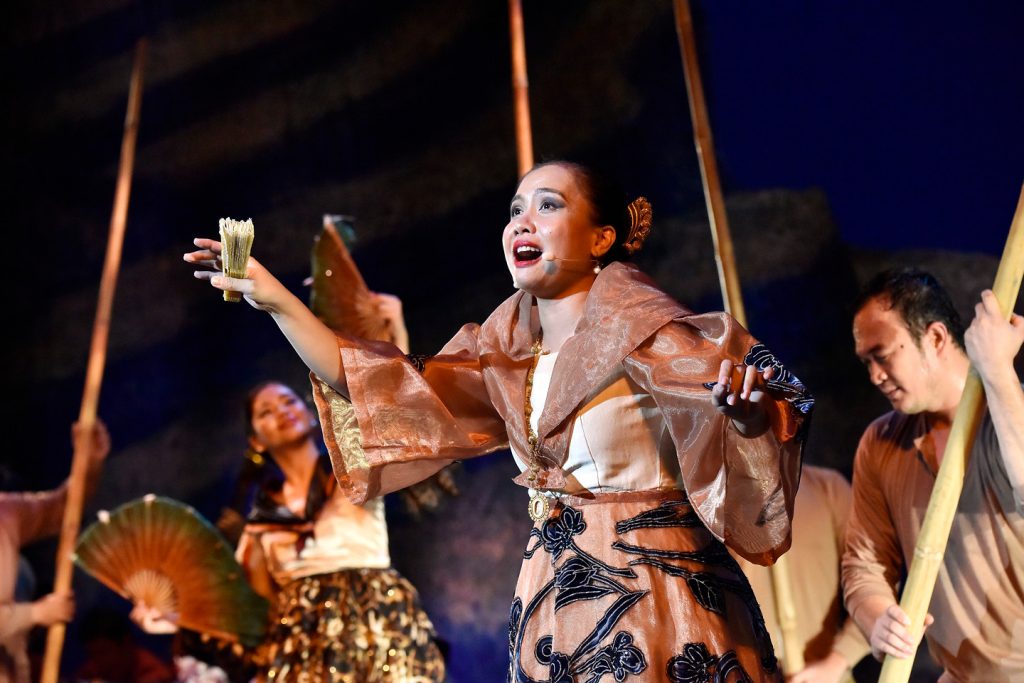 The Republic of the Philippines is a remarkable island country consisting of over 7,500 islands surrounded by emerald green waters in the western Pacific Ocean. An ancient explorer described this beautiful island country as the “Pearl of the Orient Seas.” People from more than 100 ethnic groups reside on its scattered islands, and historically, under a mix of both Eastern and Western influences, the Philippines of today has developed as a uniquely multicultural and multiethnic society.

Entrusted with the mission of preserving, developing and promoting the rich diversity of Filipino culture, the Cultural Center of the Philippines (CCP) was founded in 1966 by the government as the premiere showcase of multicultural Filipino arts. Various resident companies have been established within the CCP for producing and presenting music, dance, performing arts and other cultural expressions of the Philippines. Min-On initiated a cultural exchange with the Philippines in 1990 and later in 1993 established a relationship with the CCP, inviting one of their superb resident companies, Ballet Philippines, to Japan in 1993 and 1998.

The Bayanihan National Dance Company of the Philippines takes its name from the ancient Filipino tradition of Bayanihan, which means “working together for the common good.” Founded in 1957, it is the oldest folk dance company in the Philippines. As a leading resident company of the Cultural Center of the Philippines, which is entrusted with the mission of promoting international goodwill, the Bayanihan has delighted audiences on six continents, across 66 countries and in more than 700 cities to date, winning numerous prestigious awards.

This year, to celebrate the 60th anniversary of the normalization of diplomatic relations between Japan and the Philippines, the Min-On Concert Association, in collaboration with the Embassy of the Philippines in Tokyo, invited the Bayanihan to Japan for a special commemorative performance at the Nakano Sun Plaza Hall in Tokyo. Twenty-five members of the Bayanihan delivered a two-hour onstage production featuring the rich diversity of Filipino culture. The performance began with the traditions of the Lumad, showcasing the song and dance of indigenous people from the rural areas of Luzon and Visayan, followed by the exotic traditions of the Muslim Mindanao region. It also included various Spanish, European, Tagalog and even Japanese influences. A full house of more than 2,000 audience members and distinguished guests included Her Imperial Highness Princess Hisako of Takamado, Ambassador H.E. Manuel M. Lopez of the Philippines and many other ambassadors and diplomats from 19 countries. Everyone was delighted and inspired by the Bayanihan’s exquisite, joyful performance displaying the Philippines’ extraordinary cultural heritage.