Interview with Bjørn Midthun, Deputy Chief of Mission at the Royal Norwegian Embassy 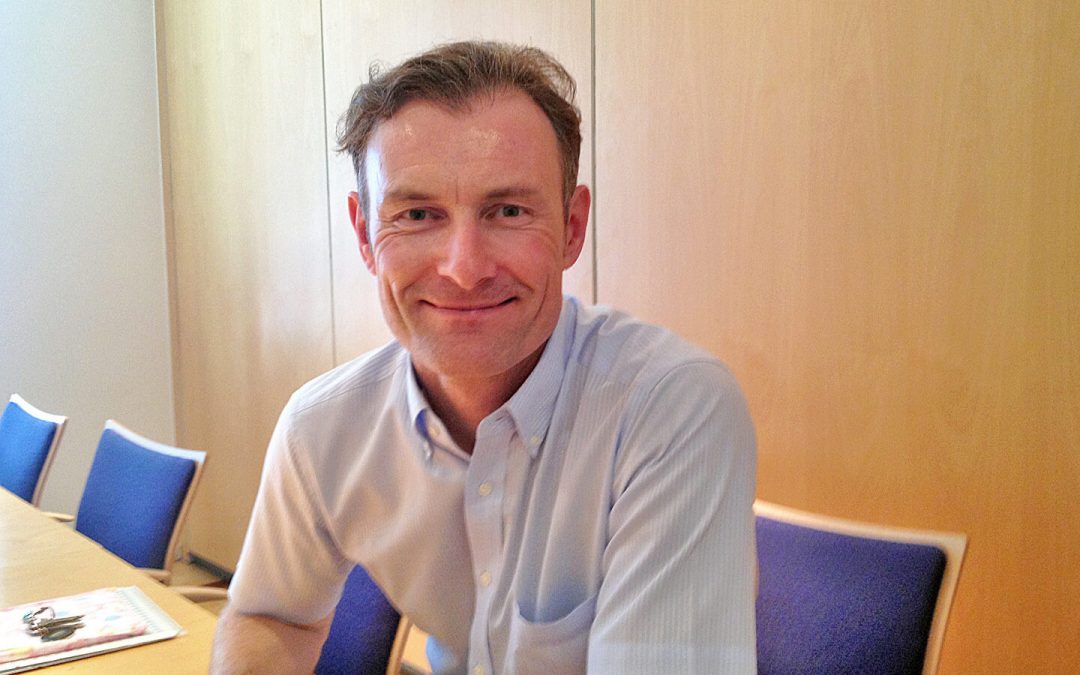 Uniqueness of Norwegian Culture is Its Closeness to Nature

“Norwegians live in close proximity to nature, and this close relationship is an important part of the Norwegian identity.” 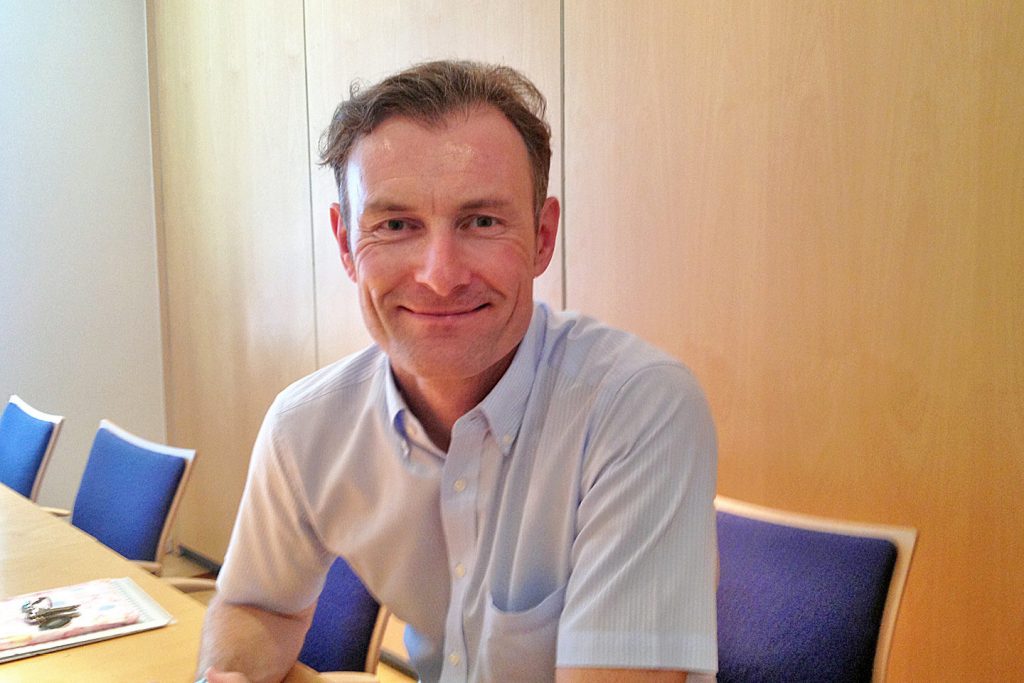 Min-On: First of all, we would like to express our appreciation to your embassy’s staff for helping us bring this Japan tour of the Norwegian Girls’ Choir to fruition. Min-On is very proud to be able to introduce such a beautiful example of the choral culture of Norway to audiences across Japan. We are also pleased to be able to support your embassy’s friendly event today featuring a choral exchange with a Japanese amateur chorus group.

Minister-Counsellor Bjørn Midthun: It is indeed a great pleasure to welcome the Norwegian Girls’ Choir to Japan. I really appreciate the Min-On Concert Association inviting them and facilitating their nationwide tour. We are very pleased that their performances have been so successful and have touched the hearts of people in Tohoku and elsewhere in Japan. We believe their visits to many cities across Japan will contribute further to strengthening friendship between our two countries. Even today’s event, although small scale, was significant for each participant to develop people-to-people connections. 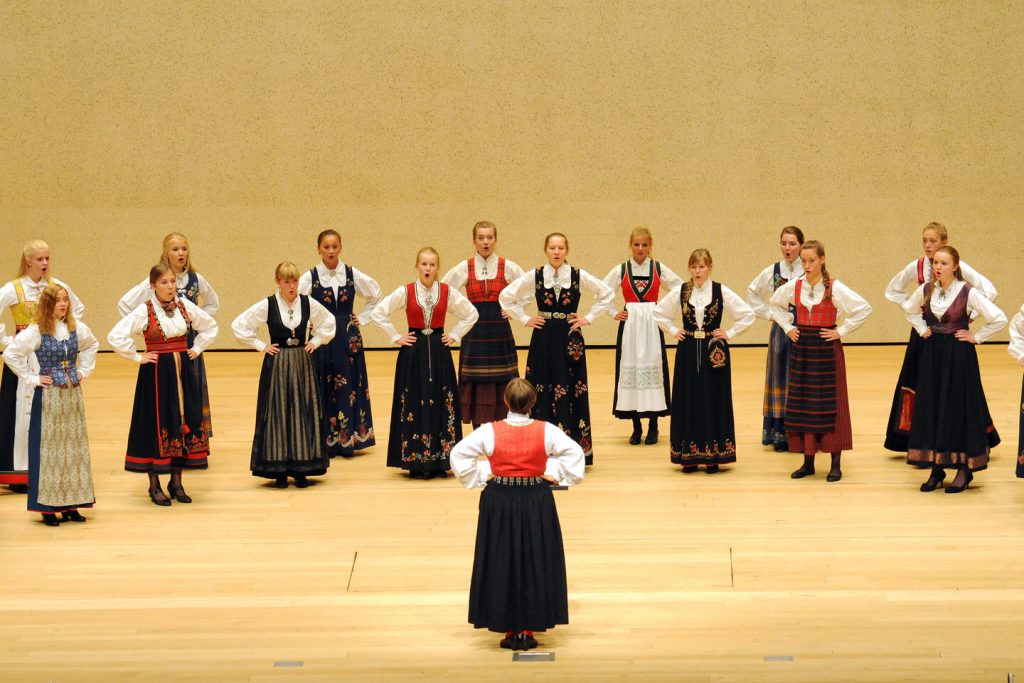 Min-On: I think everyone enjoyed the event, held at the lovely concert hall within the embassy.

Mr. Midthun: The Arctic Hall is our embassy’s own multipurpose hall. It is a fantastic facility and an important asset for the embassy. The hall can be functioned for various Norway-related activities such as concerts, lectures and seminars, workshops, receptions, choir practices and so on. We also have some funding available to promote cultural exchange-type activities, primarily for Norwegian artists to come here and show Japan what Norway can offer, but we also have some programs in place to enable Japanese journalists or people involved in cultural activities to go to Norway. One unique cultural exchange we supported was a very positive collaboration between the Norwegian Sami community and the Ainu community in Hokkaido. Both the Sami in Norway and the Ainu in Japan are indigenous people and similarly lived off the bounty of nature, following their own ethnic traditions and ways of life in the northern extremes of their respective countries. A festival was organized in Sapporo with the participation of Sami musicians, and the Norwegian National Sami Theatre Company visited Japan for the first time last year. In complete contrast, we also had the Oslo Philharmonic Orchestra here in Japan this spring; we have also had jazz musicians and even Black Metal performances, which are quite popular in Norway. Bringing a wide range of artists here to introduce Norwegian culture is one thing, but there is also the question of how we disseminate information about Norway in Japan—how we generate interest in Norway among more Japanese people.

Min-On: ‘Harmony’ has been introducing a variety of performing arts and culture unique to each country. Could you tell us about some unique part of Norwegian culture?

Mr. Midthun: I think one unique aspect of Norwegian culture is our closeness to nature. We have a lot of beautiful and wild natural scenery, and only a small population. Norway and Japan are actually about the same size in terms of land area, and they share a similar topography—around 70% of the both countries are mountains, so people live mainly on the coastal plains. In Japan, you have 127 million people, but in Norway we have just five million people. So we have a lot of space—and much of that space is still untouched nature. Norwegians therefore live in close proximity to nature, and this close relationship is an important part—and one of the most distinctive features—of the Norwegian identity. 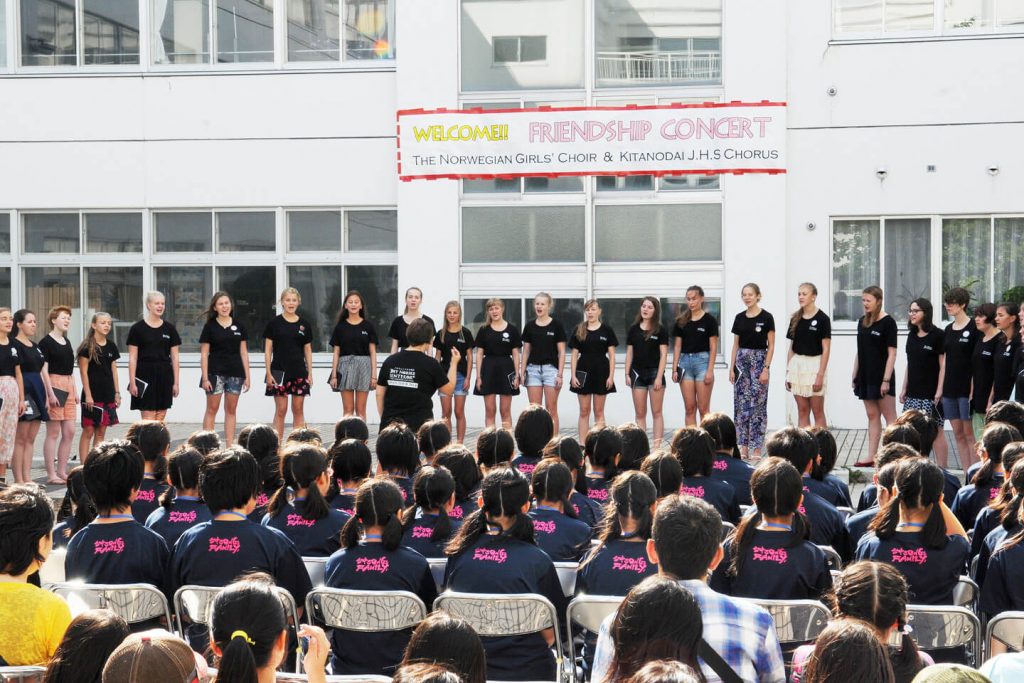 Min-On: Could you tell us about musical culture in Norway?

Mr. Midthun: Edvard Grieg is probably our most famous composer. His music really embodies nature and its sounds can be heard in the music. I think for both Norwegians and non-Norwegians alike, his music evokes images of pristine nature, waterfalls, birdsong, flowing rivers and majestic mountains.

While Grieg was a Romantic-era classical pianist and composer, Norway also has a strong tradition of folk music—indeed Grieg drew inspiration from it and gave it international exposure. Traditional Norwegian folk music is often played on the Hardanger fiddle, or in Norwegian: hardingfele. Modern designs of the instrument, which is similar to a violin, have a unique feature that gives the instrument a distinctive sound: It has two sets of strings—a top set of four strings are strung and played like a regular violin, while another bottom set of four strings resonate and provide a rich echo-like sound allowing them to create quite a lot of different musical nuances unique to the music of Norway.

I would also like to mention the traditional national costumes as a unique aspect of Norwegian culture. Maybe you noticed that the members of the Norwegian Girls’ Choir were wearing traditional Norwegian national costumes during their concert. Our national costume looks completely different from the beautifully elaborate Japanese kimono, but we have our own unique tradition, handicrafts and history in our national dress, which is typically worn at various celebrations and when performing folk music and dance. Each costume has a unique design of different patterns called a ‘Bunad’, which signifies the part of Norway the person comes from. So a Bunad expert can, by just looking at the colors and patterns, deduce precisely which area they are from. I think these are some of the particular Norwegian aspects related to musical culture.

Min-On: What is the significance of the kinds of cultural exchange that Min-On has promoted for the last 50 years?

Mr. Midthun: Fifty years is a wonderful achievement, and I appreciate your efforts to promote cultural exchange. I completely agree that it is good to bring cultural expressions of different countries to Japan, and it is a wonderful opportunity for Japanese people to experience the cultures of other countries. And of course the reverse is also true: in Norway, I can enjoy some Japanese performances to learn about Japanese culture. So I feel extremely positive toward such cultural exchanges, and I think the government should sponsor and support these events. It’s a combination of promoting your own country, and at the same time, experiencing a cultural expression of another country. These exchanges create genuine value not only for the audiences but also for the performers. Even as a Norwegian living here in Japan, listening to the Norwegian Girls Choir and enjoying such a great cultural experience of Norway here in Japan at today’s event was exciting and very moving.